One of the more intriguing car companies for me is the Rootes Group from Britain, manufacturer of such vehicles as Talbot, Commer, Humber, Sunbeam, Hillman and Singer. The company actually began as a dealership network in 1913, and over the next few decades it grew to purchase a series of British automobile manufacturers. Rootes subscribed, more or less, to the General Motors school of thought: a brand for every purse and purpose, and clearly defined model ranges to fit each application and niche. Rootes was an early adopter of badge-engineering, another GM favorite, and was also an interesting early producer of compact luxury cars.

Rootes operated in various markets around the world with varying levels of success, in Europe, Australia, North America, South America and even the Middle East (the latter by local factories under license). In the late 1960s, Chrysler took an interest in Rootes, both as a captive import for the US market and to get itself a foothold in Europe where Chrysler's American-oriented cars were not marketable. Around this time Chrysler took over Rootes and French carmaker Simca, and made a fine mess of it over the next decade. What little was left when Chrysler was done with it was sold to Peugeot in 1978. In 2007 Rootes ended where it began 94 years earlier, as nothing more than a name on a UK car dealership. 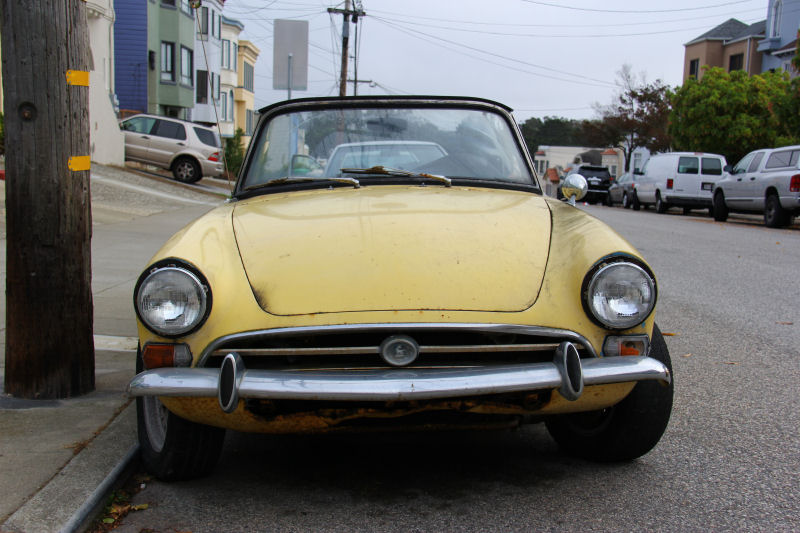 This week we're taking a look at an assortment of Rootes Group cars. First of these is one of the best-known Rootes cars in America, the Sunbeam Alpine sports roadster. 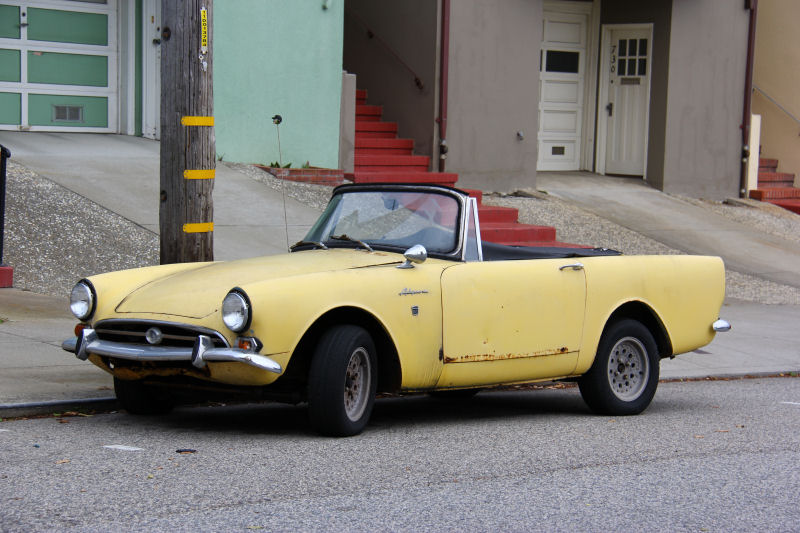 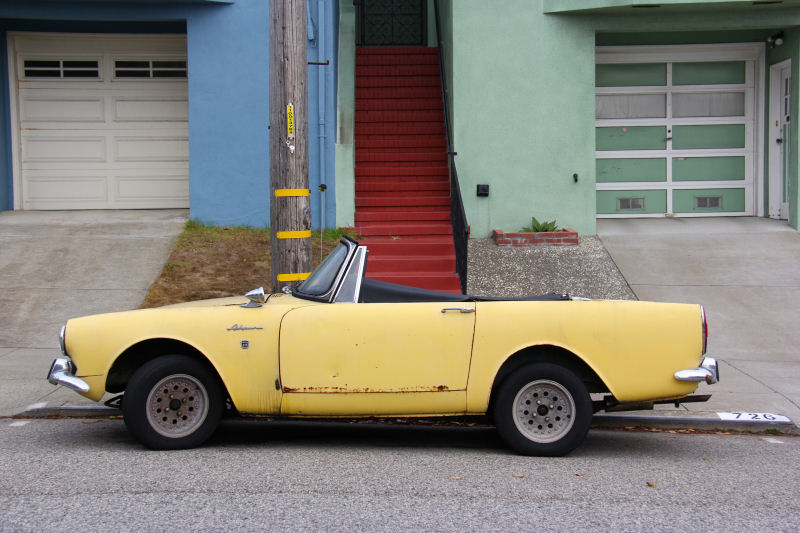 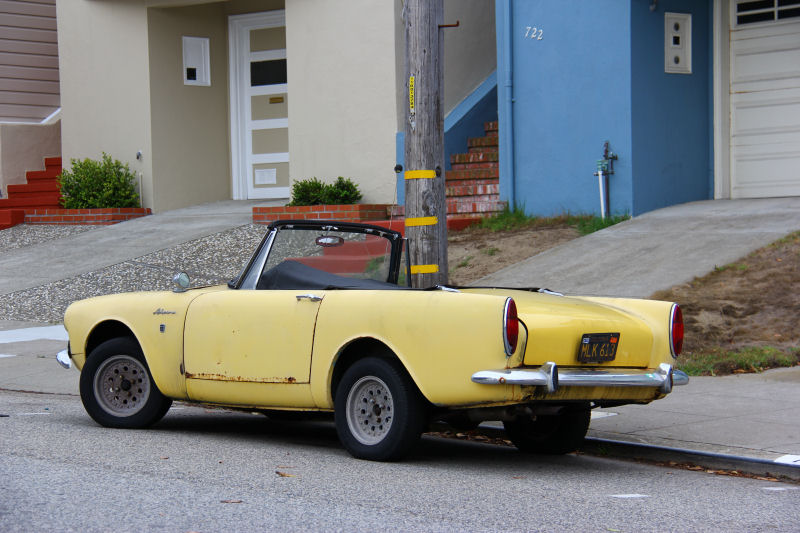 This is a Series V Alpine 1725, produced in or around 1965 assuming the license plate is original. The Series V Alpine was built from 1965 to 1968 and was the final iteration of this generation, before the Alpine became a sport package on the Sunbeam Rapier fastback coupe. The number 1725 refers to the new 1725 cc twin-carburetor engine introduced for '65, producing 93 horsepower. 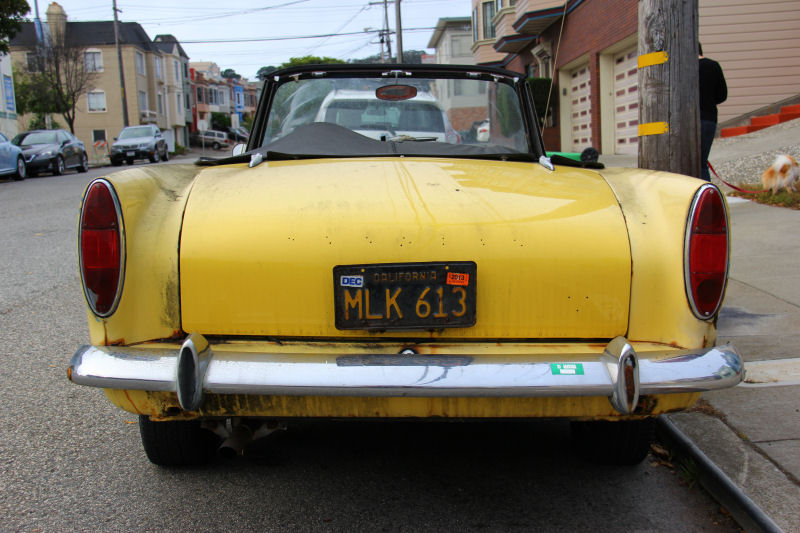 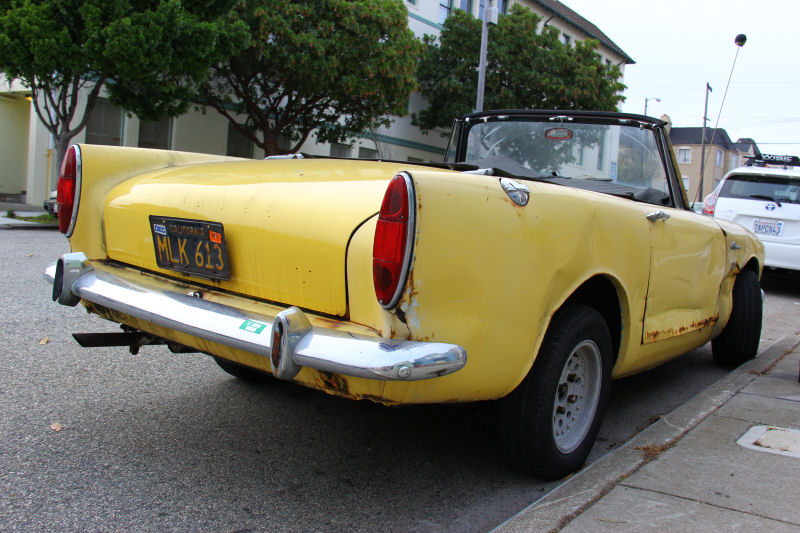 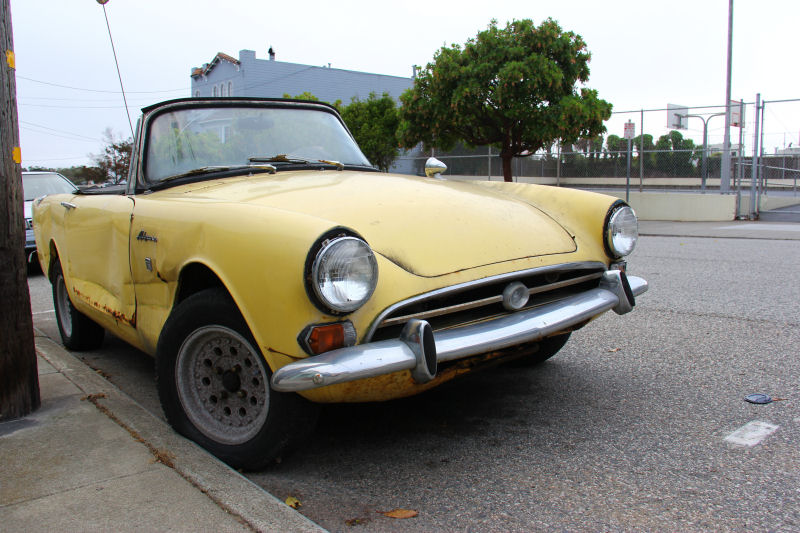 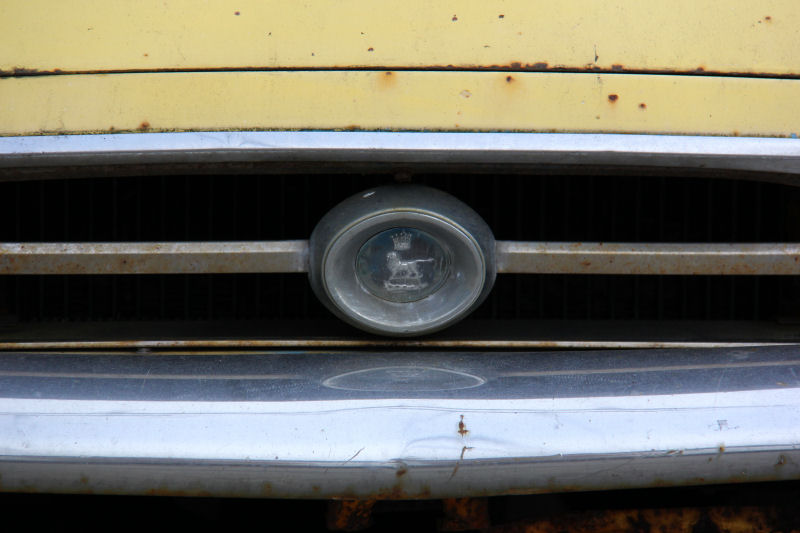 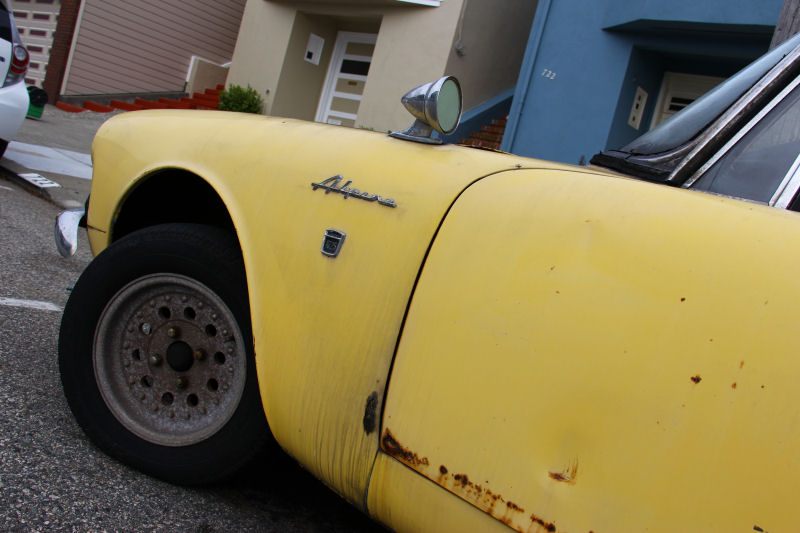 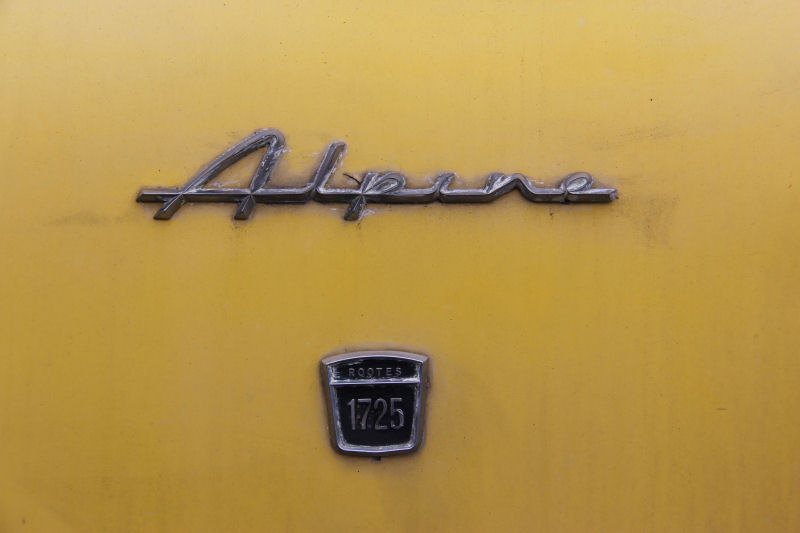 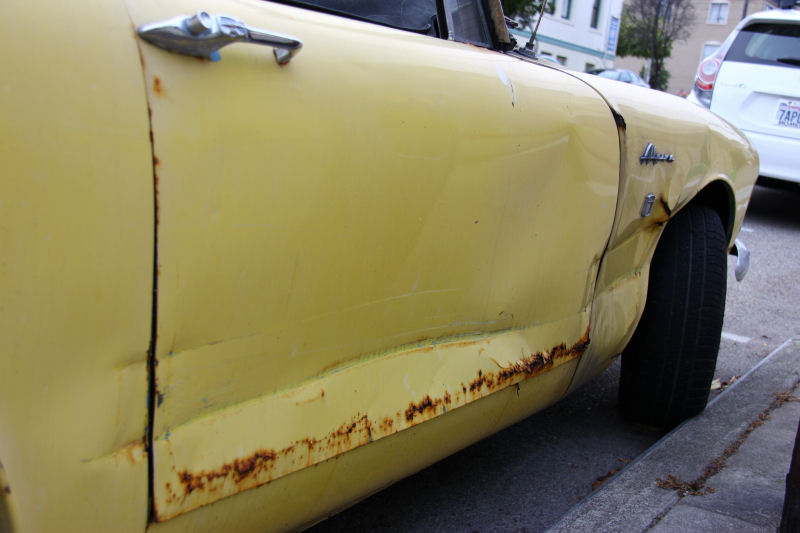 This car is a survivor of a hard life. Any old car living on the western side of San Francisco endures salt air, which wreaks havoc on unprotected sheet metal. Now add accident damage and you have a real recipe for rust degradation. Little American Racing Outlaw II wheels, which I previously didn't know were available in four-lug pattern, are an unusual custom touch. As there may not be a top to put up, the owner's fitted an unzippable two-piece tonneau for all-weather driving. I guess this is the sort of sports car that you flog around town without a care since it's rough enough that restoration may not be cost-effective, but not too rough to drive without pieces falling off.
Posted by Jay Wollenweber at 12:00 AM