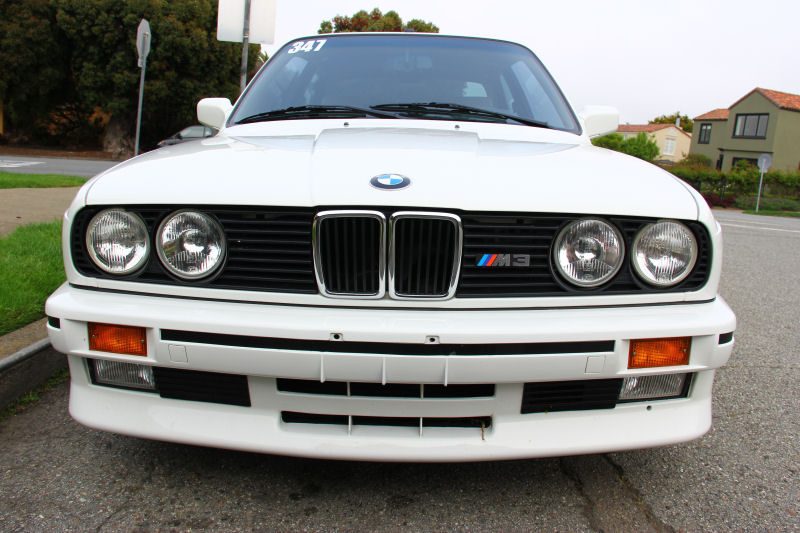 It seems crazy to me that for 2015 the storied BMW M3 coupe will no longer exist. Yes, the M3 will still be offered as a sedan, and the M3 coupe has just changed its name to M4, reflecting BMW's new naming strategy of using even numbers for coupes. Whatever. It's all marketing. What the car does is what's important. 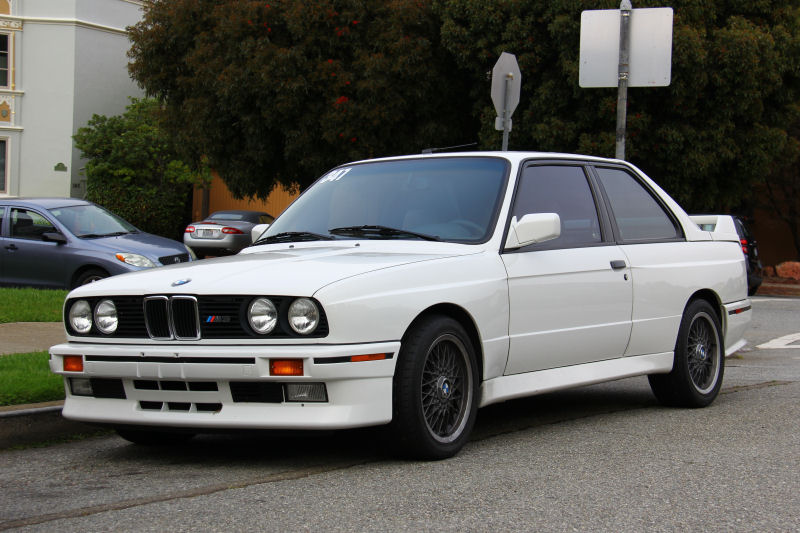 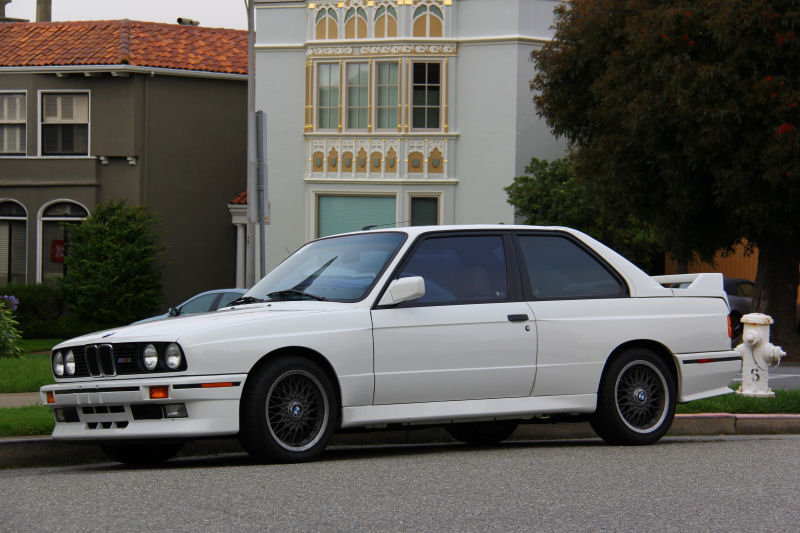 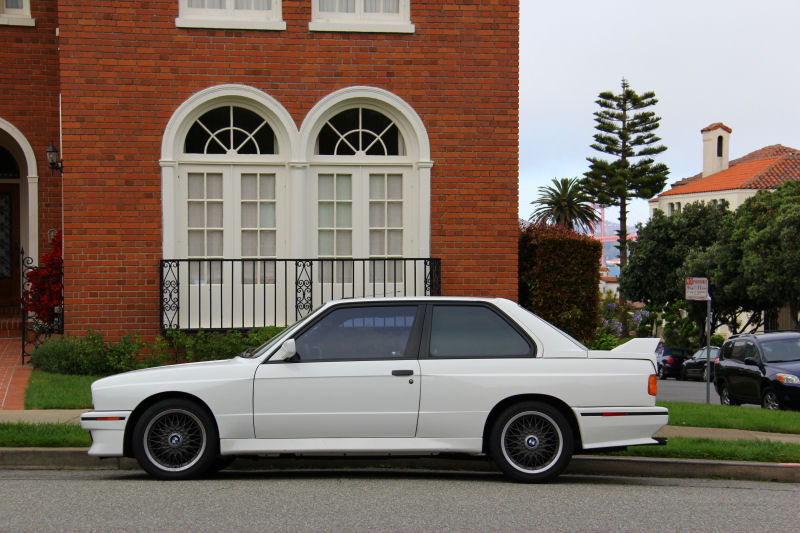 Remember when the M3 wasn't a grand touring, folding-hardtop convertible for lawyers and spoiled college kids? Truthfully, the M3 has never been a bad car; quite on the contrary, it's a ridiculously good performance car. It's pretty consistently won accolades in the motoring press over the years. It's not a poseur, even if that's the clientele it tends to attract these days. And it all began with this, the E30. 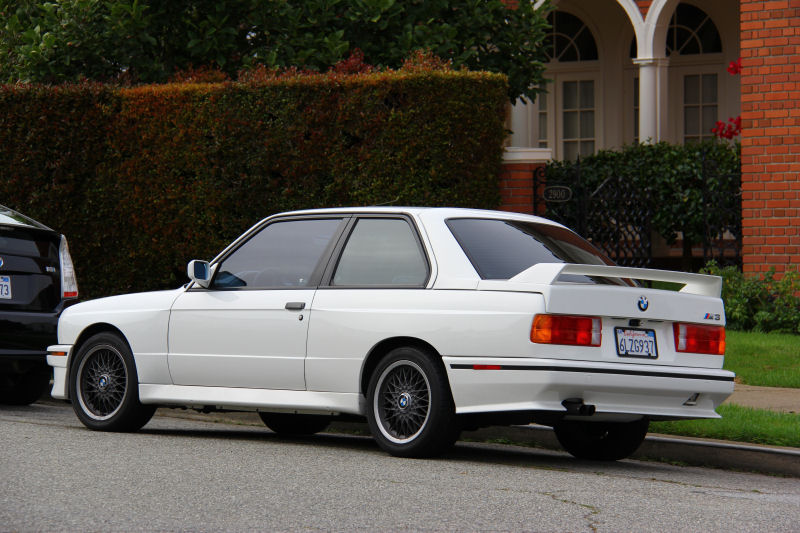 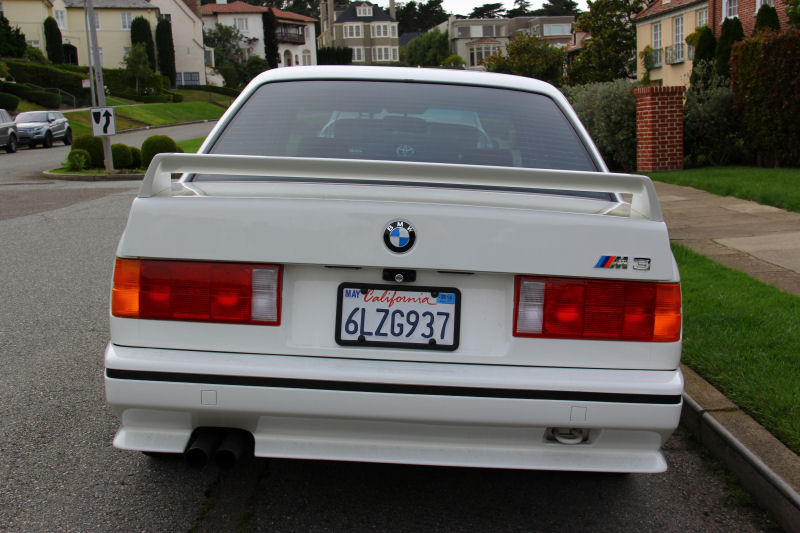 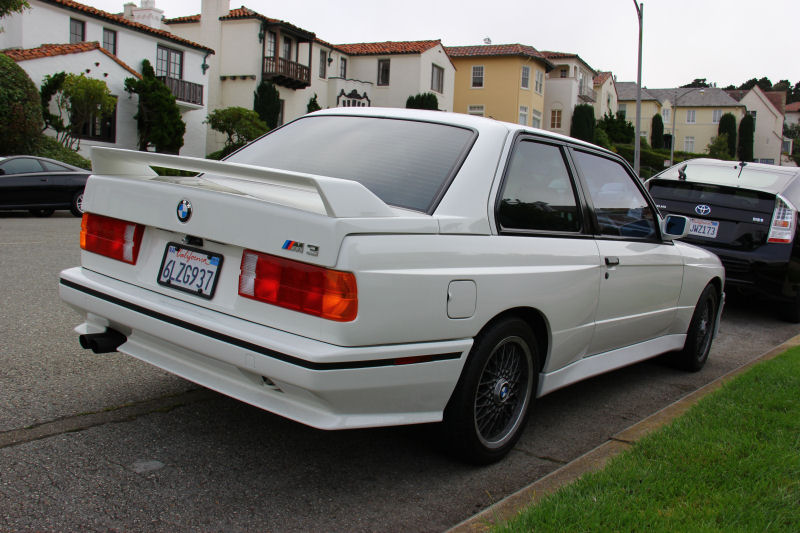 The E30 M3 was a homologation model, a limited-production road car intended to make BMW eligible for Group A Touring Car racing. Nearly every panel was changed between the regular 3 Series and the M3, except for the roof and hood. Box flares cover the wider wheels and tires, and a rear wing helps keep the car planted at speed. Brakes and front suspension were upgraded for better performance. U.S. models received a 2.3 liter four-cylinder engine producing 192 horsepower, and a Getrag five-speed manual gearbox with overdrive. The E30 M3 was made from 1986 to 1992. 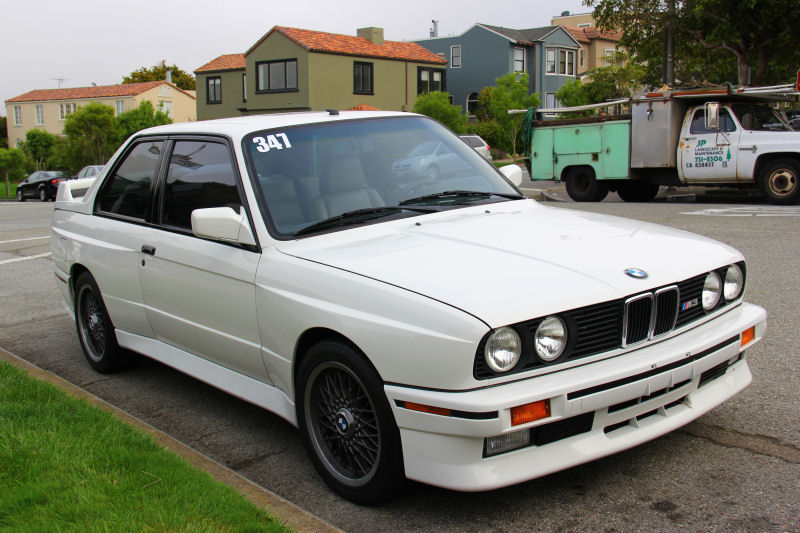 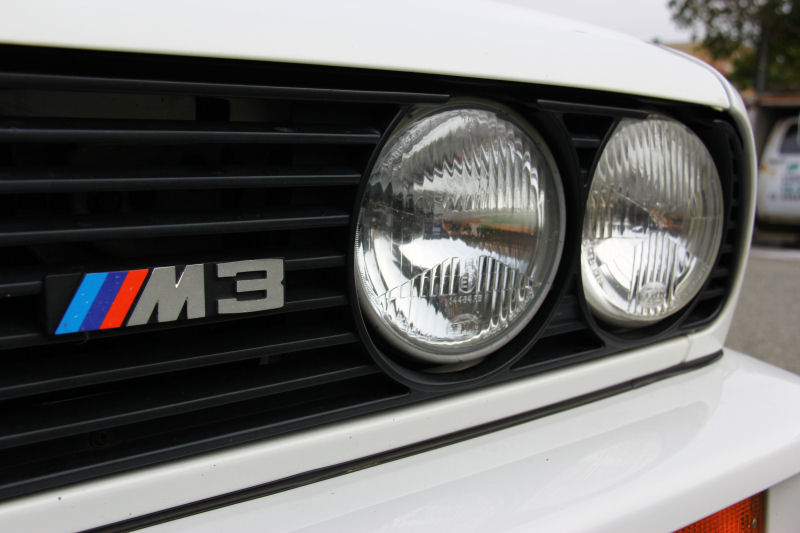 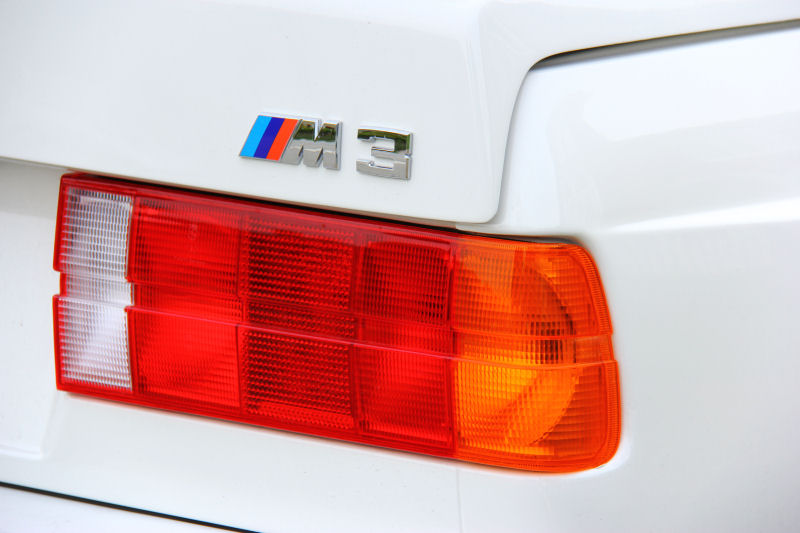 This one is a '90 model, and a beautiful example in white. I almost never see these cars in white; usually they're black or dark grey or silver or red. That's part of what caught my eye about it, just how crisply sculpted everything looks. Grey BBS wheels with silver lip provide contrast. E30s are fairly popular with tuners still, so a lot of them end up on bigger rims and lowered with weird camber and probably don't even handle as well as stock. This one has been left well enough alone aside from a couple of windshield stickers that can be easily removed. It's a great representative of its generation.
Posted by Jay Wollenweber at 12:00 AM