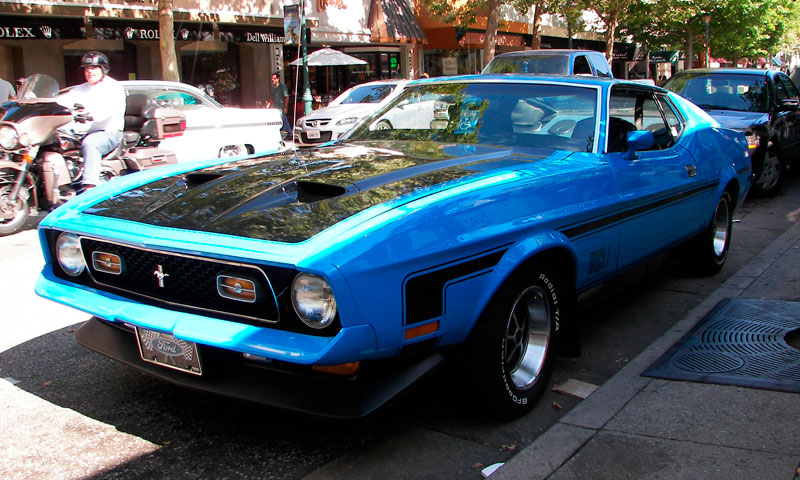 I have a reputation as a Mustang fanboy, and for that reason I have chosen to keep the number of Ford Mustangs featured here to a minimum unless they have some special quality to them. You aren't likely to see a plain-jane 1965 Mustang notchback coupe here. While some may feel that this is unfair, since I've featured cars as unexciting as a beige 1969 Dodge Dart sedan, the Mustang is so common that I don't normally take pictures of them when I see them.
That said, here's a Mustang. It's a 1972 Mach 1 Sportsroof I discovered parked on a street in the shopping district in Santa Cruz. It was an added bonus, really, since my main attraction was a 1956 Ford Fairlane across the street (visible in some of the photos). 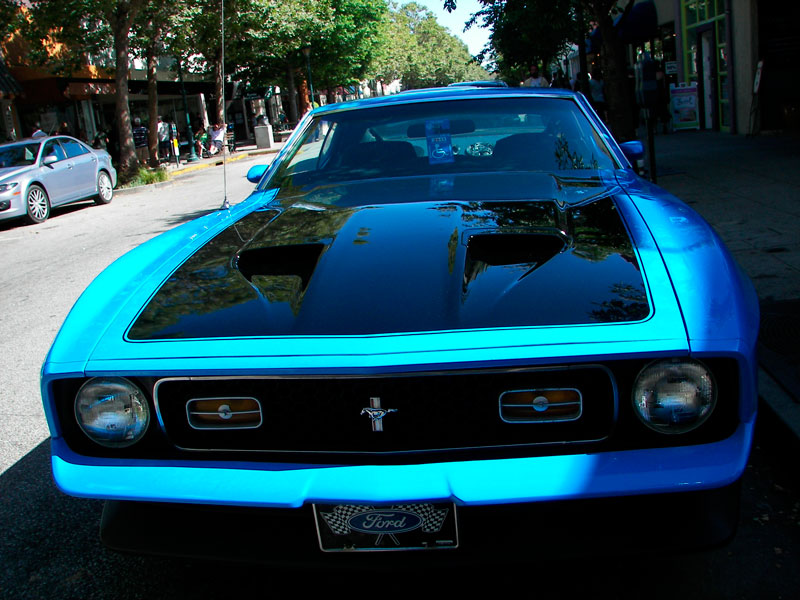 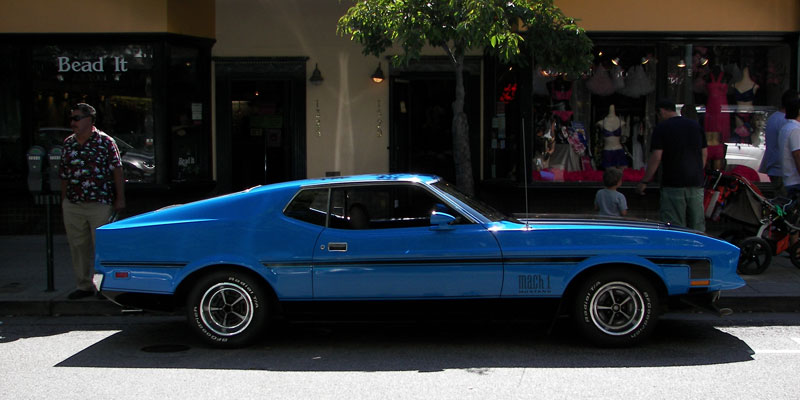 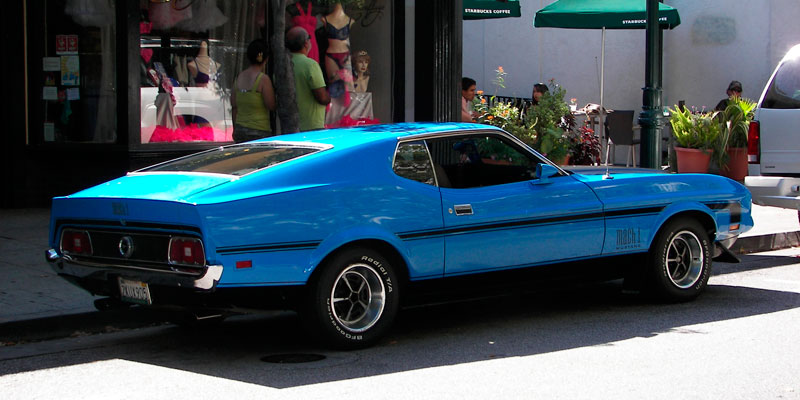 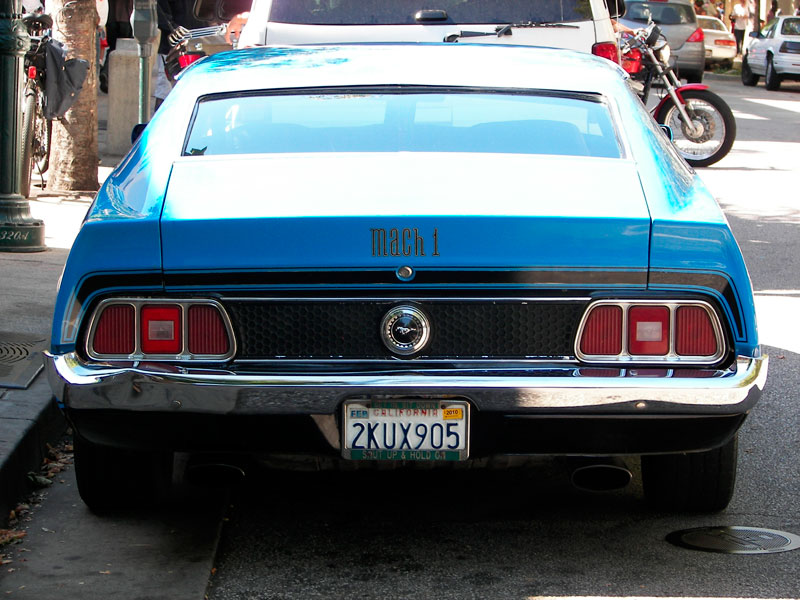 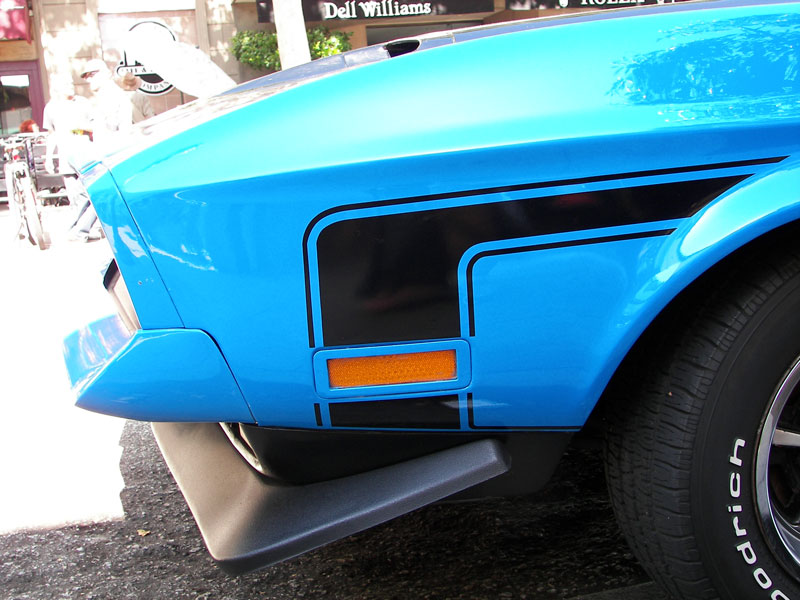 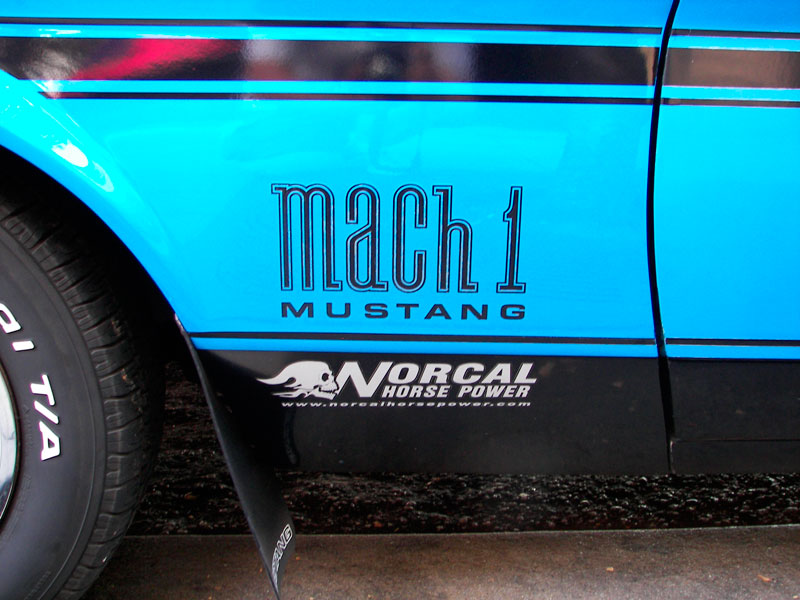 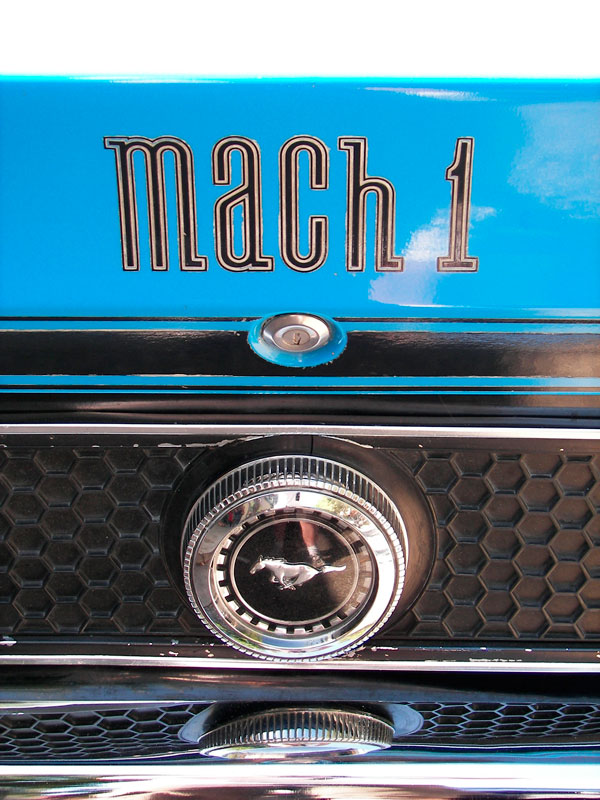 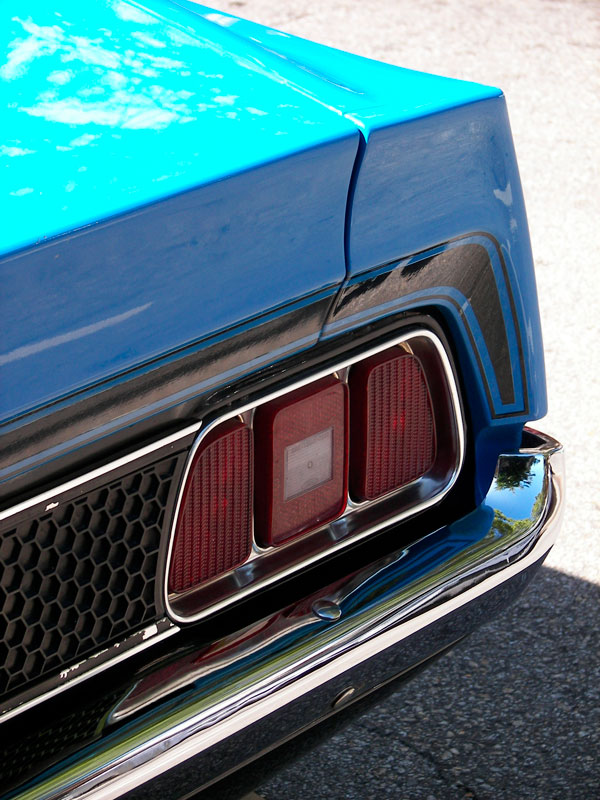 The 1971 model year was a huge change for the Mustang, the first year of the so-called "Boxstang" body style and the biggest body the Mustang had ever worn. Emphasis was more on luxury and comfort than outright performance, and the sheetmetal grew into a behemoth that reflected a "longer, lower, wider" mindset. Safety was also a growing concern, as the interior gained more padding, seat belts, foam and sound deadener that added weight. The sporty wood-rimmed three-spoke steering wheel I've always loved on the early Mustangs was gone, replaced by a two-spoke plastic affair with a fat padded central bar. And yet, the car still had dainty little bumpers (until 1973, anyway) and a fuel filler in the taillight panel. Visibility was a huge issue in this car. Look at that roofline with its near-flat fastback rear deck. Imagine trying to parallel park a car with a blind spot that big!
This example, being a Mach 1, likely sports a 351 cubic inch V8 and a four-speed manual. It rolls on Magnum 500 wheels. Paint appears to be Grabber Blue with the optional full black stripe package, and it features the body-color rubber front bumper cover, front air dam, color-keyed sport mirrors, and dual-scoop hood. All it's missing is a spoiler and rear window slats. It looks like the owner has added a custom exhaust system, which makes sense given the sticker advertising NorCal Horsepower. That makes me wonder how many ponies this ponycar really packs under that long hood.
If this was my car, I'd definitely straighten out that rear bumper and touch up the black trim on the taillight panel. I'd also clean up the wheels and remove that fender sticker. The color and stripe package are perfect for a car of this caliber. It's a fine example of a fairly rare Mustang that looks like it gets out often.
Posted by Jay Wollenweber at 12:21 AM