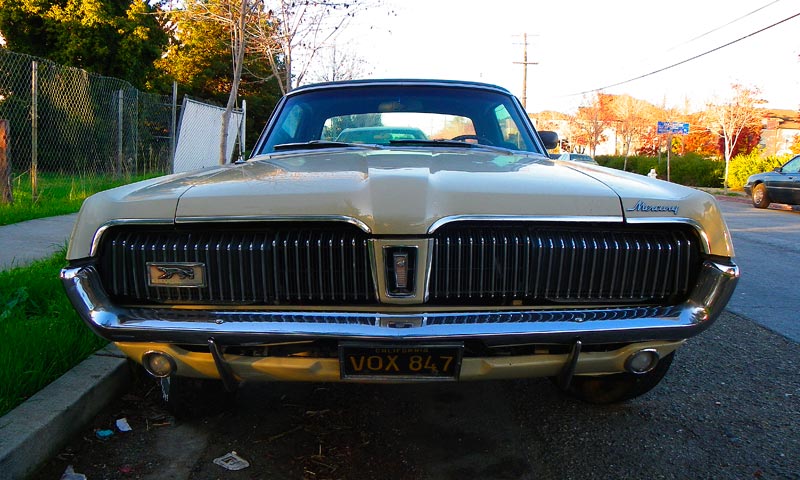 In my last post I touched on my fondness for the Ford Mustang. I also said that I'd minimize the number of Mustangs featured here.

This is not a Mustang. Well, not quite.

It's a 1967 Mercury Cougar XR-7, a competitor for the Mustang which was based on the same platform and occupied a slightly higher market position. Fundamentally, it's still a Mustang, albeit one with nicer trim and a more upscale, European-looking body that further separates it from its bread-and-butter Falcon roots. (Cool fact: Cougar was one of the names Ford executives considered when naming the Mustang). 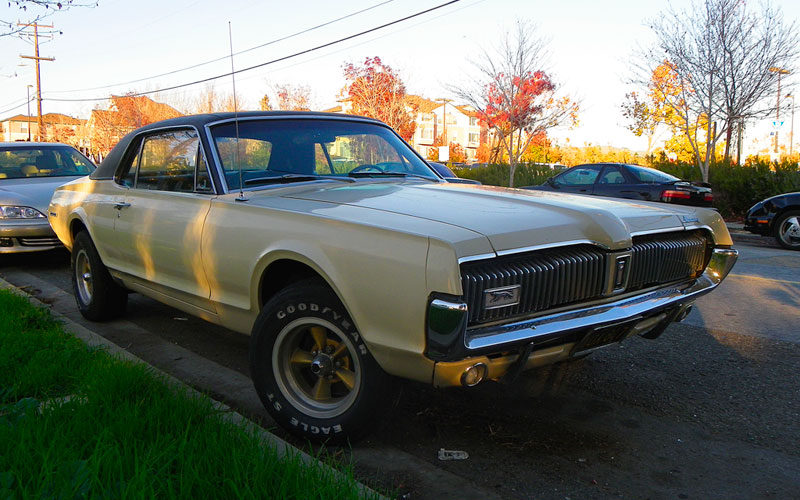 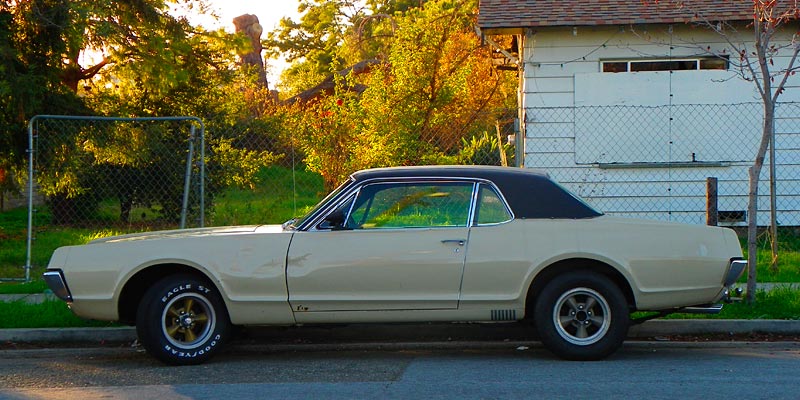 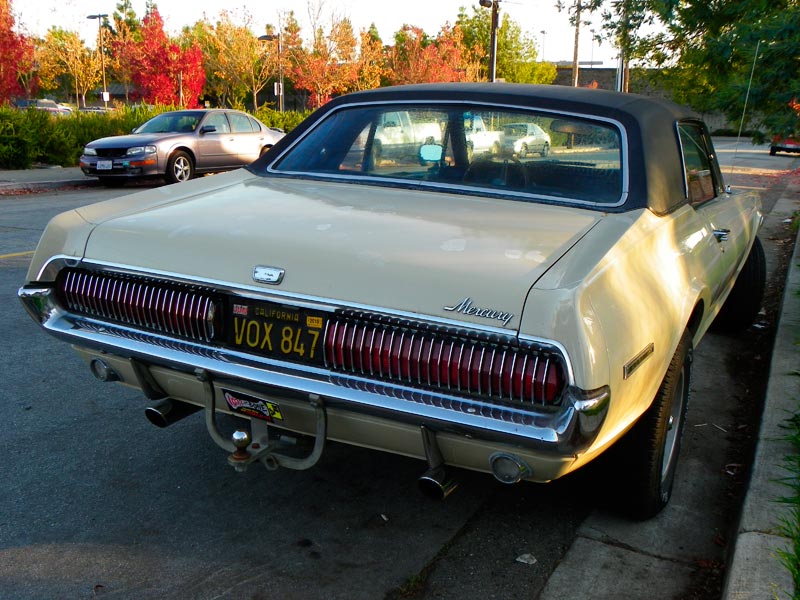 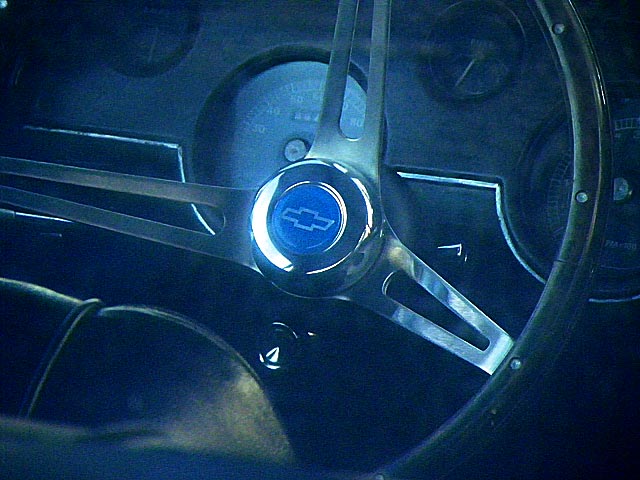 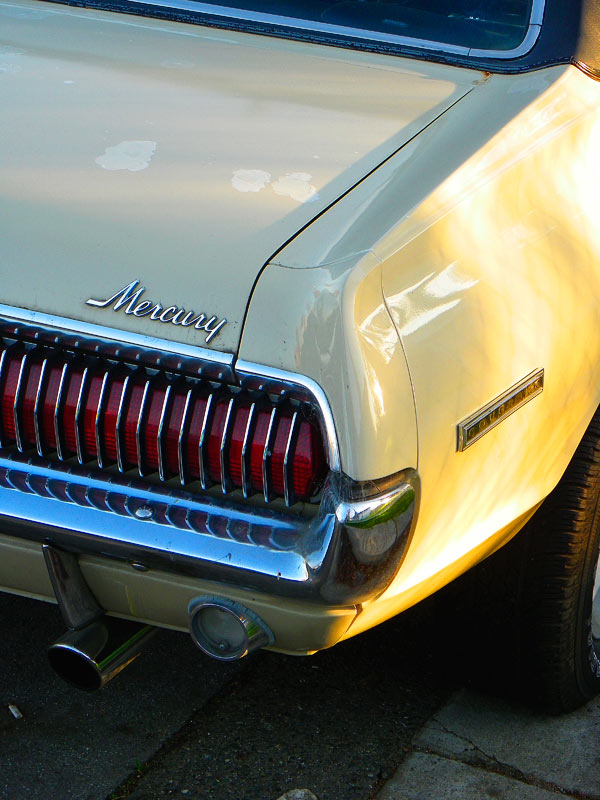 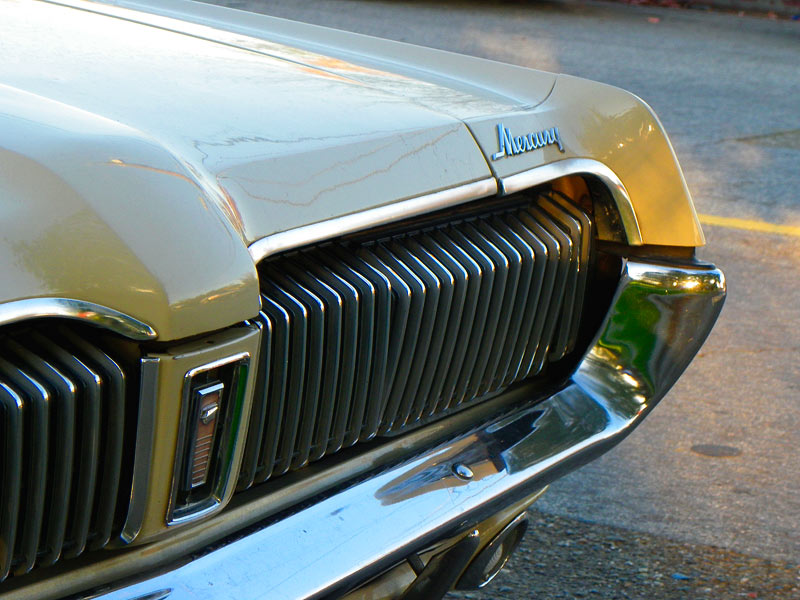 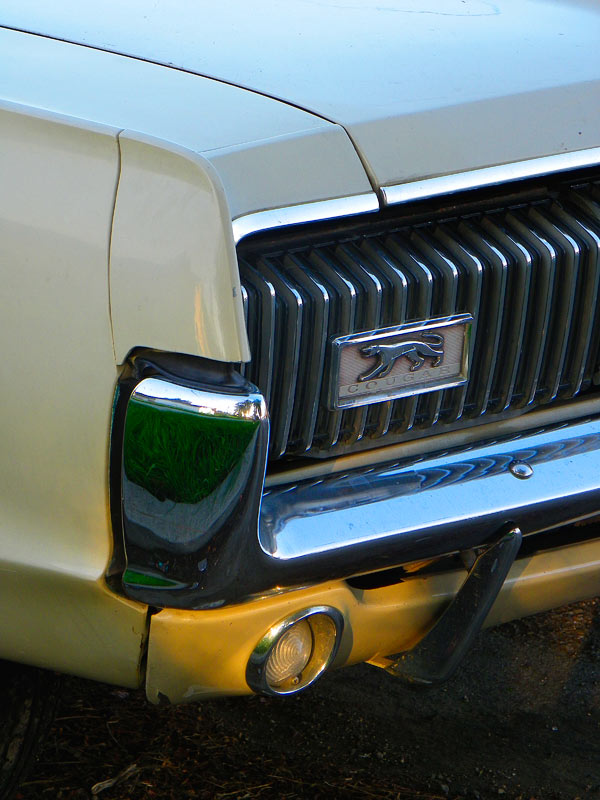 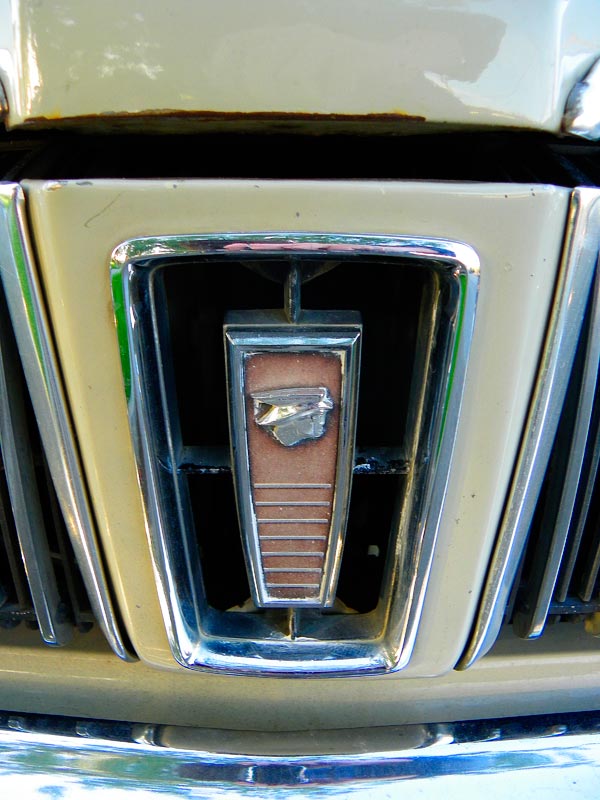 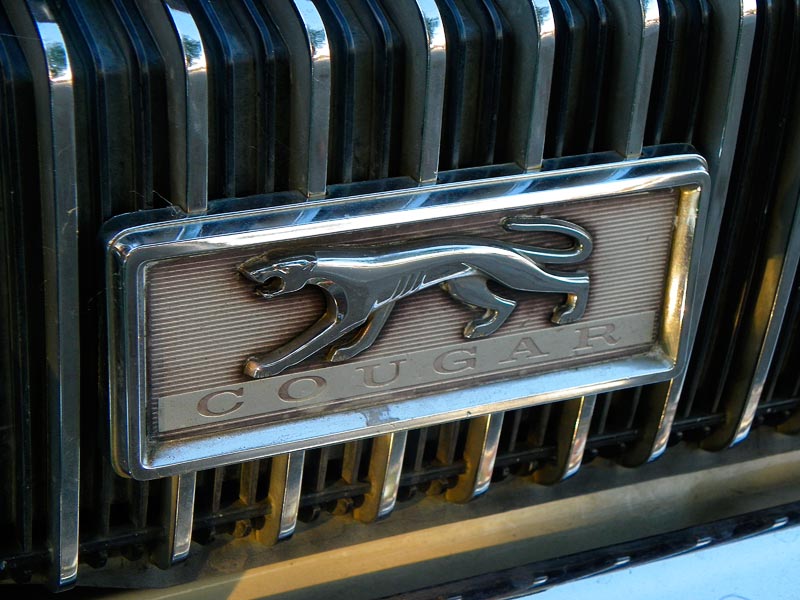 1967 was the first model year for the Cougar. While Cougar sales would never match those of the wildly successful Mustang, it held its own in the developing "personal luxury" segment. The first few years would also be the first and last time for twenty years that the Cougar could legitimately be called a luxury Mustang. In 1969, the Cougar began to grow and fatten up. The 1970 Cougar Eliminator was a powerful muscle car, but after 1973 the Cougar grew bigger and fatter still, trading its Mustang underpinnings for the larger Torino and then Thunderbird platform. It was at this point that it lost all pretense of being sporty and focused only on being a big, square, gas-guzzling personal luxury coupe. Ford further diluted the brand by offering Cougar sedans and even a Cougar Villager wagon. It wouldn't be until the early 1980s that the Cougar got back to its Mustang roots on the Fox platform, but it pretty much lingered rather than thrived. You could get a Mustang, Cougar, Thunderbird or Lincoln Mark VII on the same platform with many of the same engines. The Cougar was again reborn in 1999 as a cheap, Contour-based FWD compact coupe marketed toward women. It was dropped in 2002.
This Cougar appears to be a daily-driven example. It wish it was in better condition, but I have to take what I can get. It wears all its original badging, its original California black plates and, as far as I can tell, its original paint and vinyl top. The latter two can be called into question, but either way it's ready for a new coat. The classic "electric razor" grille is intact and, for the most part, the hideaway headlights appear to still function. Over the years it's gained a trailer hitch, bumper sticker, custom tailpipes and some unfortunate crash damage. The interior inexplicably sports a steering wheel from a Camaro. I'm really liking the gold American Racing Torq Thrust Ds and raised white-letter tires on this car. It could be really nice if it were just straightened out and freshened up a bit.
Posted by Jay Wollenweber at 1:32 AM