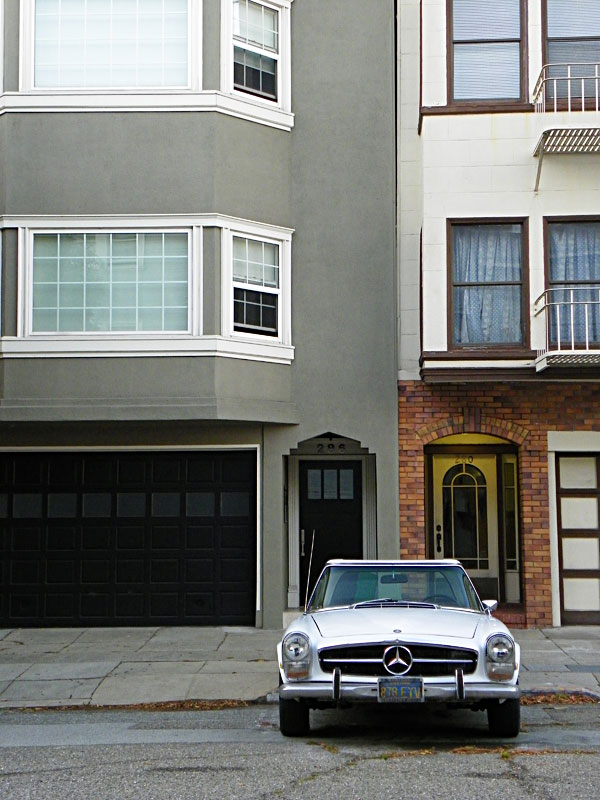 Mercedes-Benz is known primarily for its luxury sedans, which tend to be rather big and heavy and built like a bank vault. Even the SL roadsters are usually on the weighty side despite their "Sport Leicht" (Sport Light) nomenclature. They weren't always uber-huge though. The name first came about in 1954 with the introduction of the 190 and 300SL roadster and "Gullwing" coupe. They really were pretty lightweight in their own right, especially the coupe with aluminum sheetmetal. In 1963 an all-new SL was introduced, codenamed W113. It featured a 2.3 liter inline-six engine and was called the 230SL. 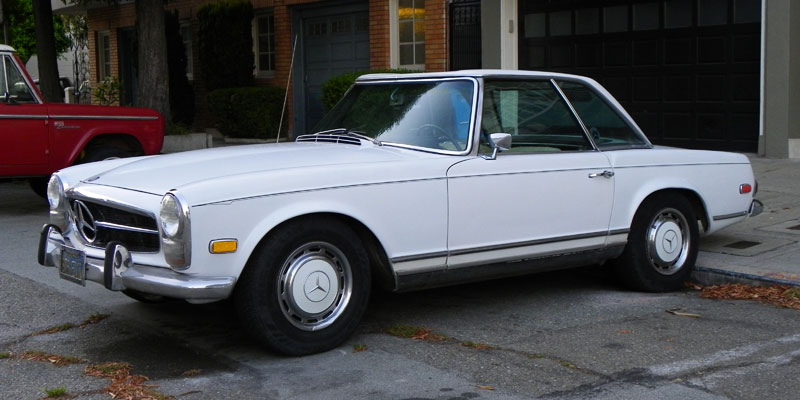 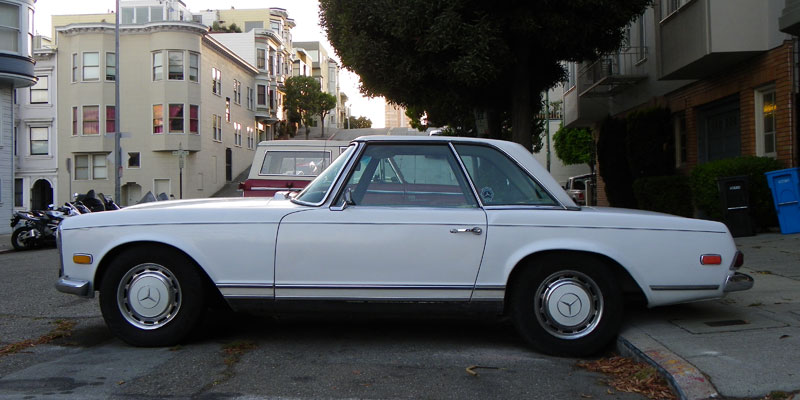 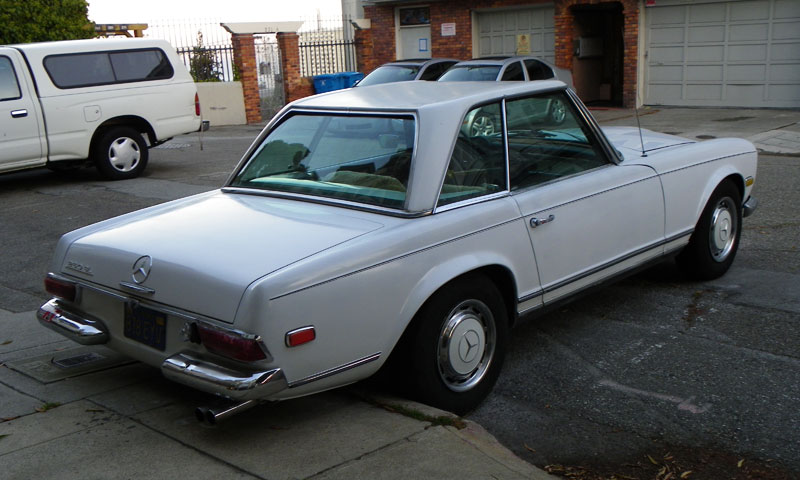 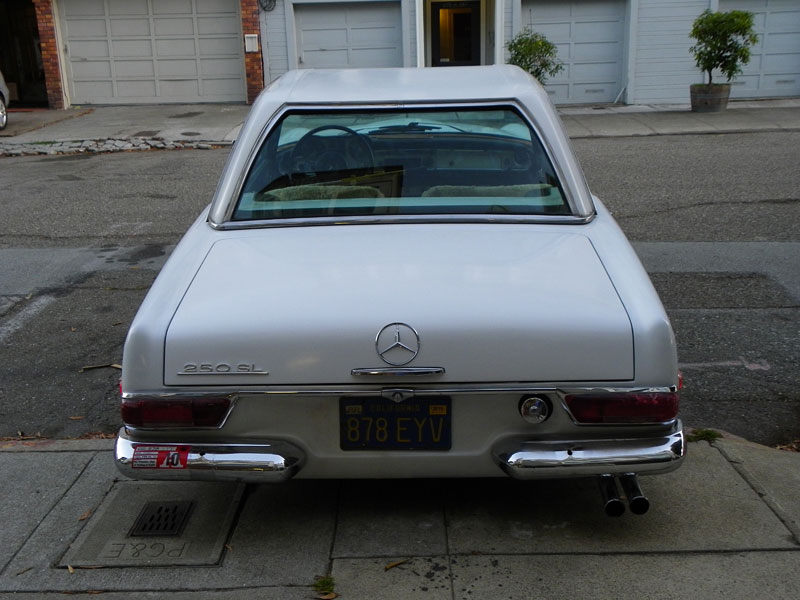 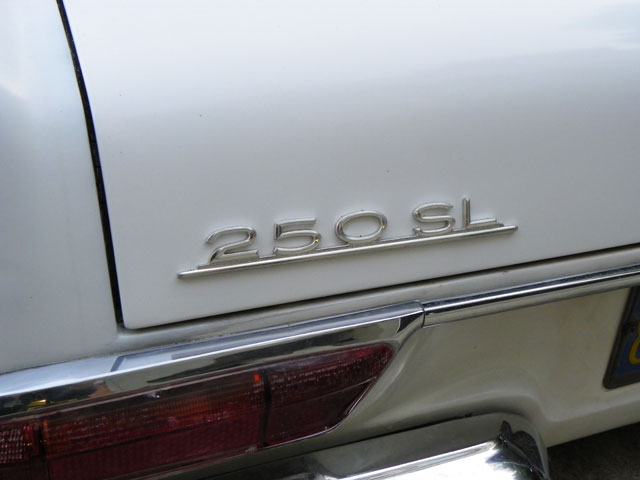 This car is a 1968 250SL with the removable "Pagoda" roof. It's a proper two-seat roadster which may or may not be the rare "California Coupe" body with no soft convertible top. As the name suggests, it is powered by a 2.5 liter straight-six making 150 hp. It is by far the rarest of the W113 series SLs, of which 5,196 were built (and only 1,791 of those came to the US). It is also one of the last cars built before the engine was enlarged to 2.8 liters and the model renamed 280SL. Its all-red taillights and sealed-beam headlights make it a US-spec car which has evidently spent most or all of its life in California. Speaking of those taillights, one seems to have come in contact with an unmovable object at some point. Aside from that, a few dents and dings and an ugly parking permit that needs a date with some Goo-Gone, this little roadster is in pretty nice shape for its age. The body is remarkably straight and rust-free for a 40-year-old San Francisco car. It is fortunate to have had such a careful owner.
Posted by Jay Wollenweber at 3:08 AM