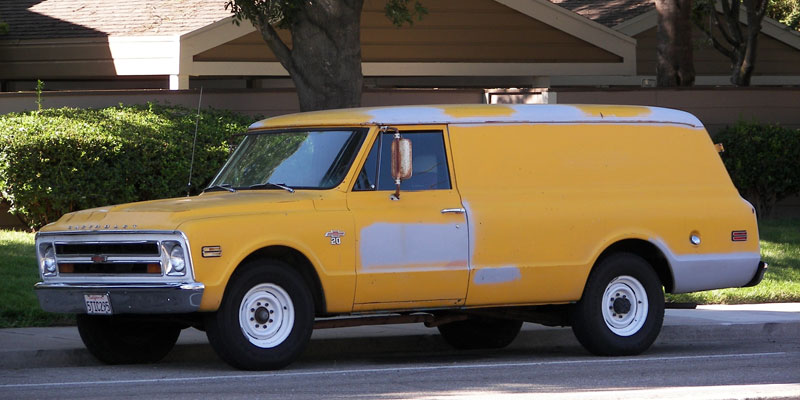 Most of the vehicles I examine here are cars I see only once or twice, stuff I see while walking through the city. But not this one: this 1968 Chevy C-20 Suburban panel truck is local and I see it all the time. Usually in the same spot, too, causing me to wonder how often it gets driven. It sometimes shares the street with a copper-brown 1969-70 Chevy CST-10 stepside pickup. Coincidentally, this is in the same block where I found the Hillman Minx nearly three years before. 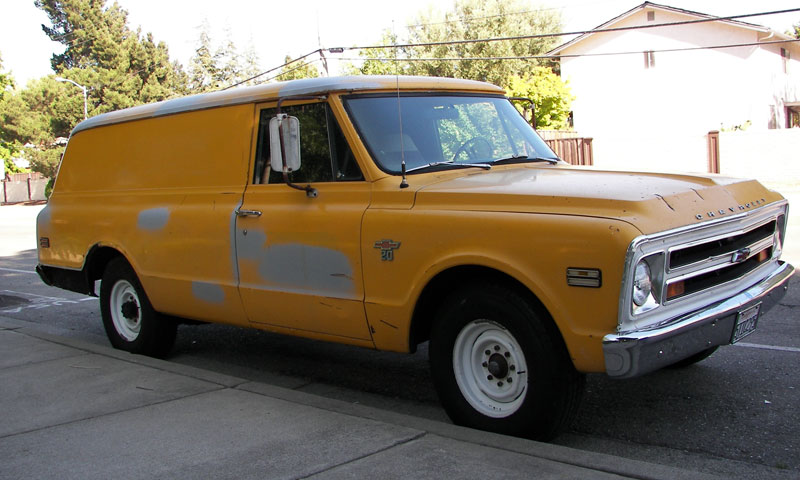 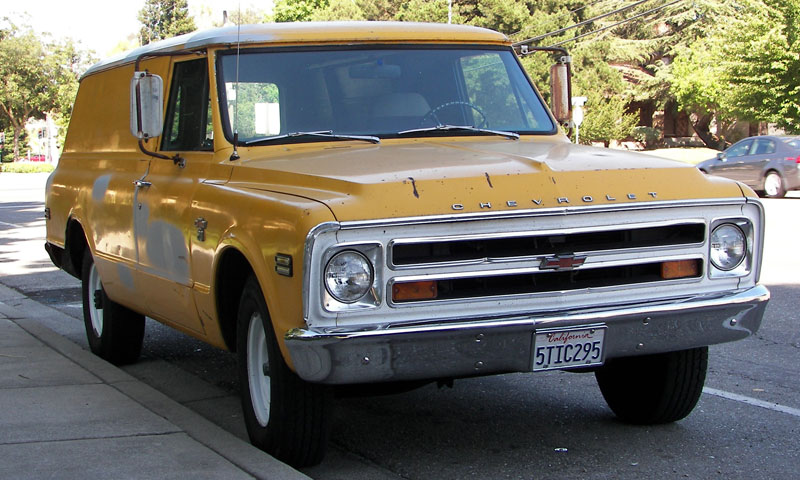 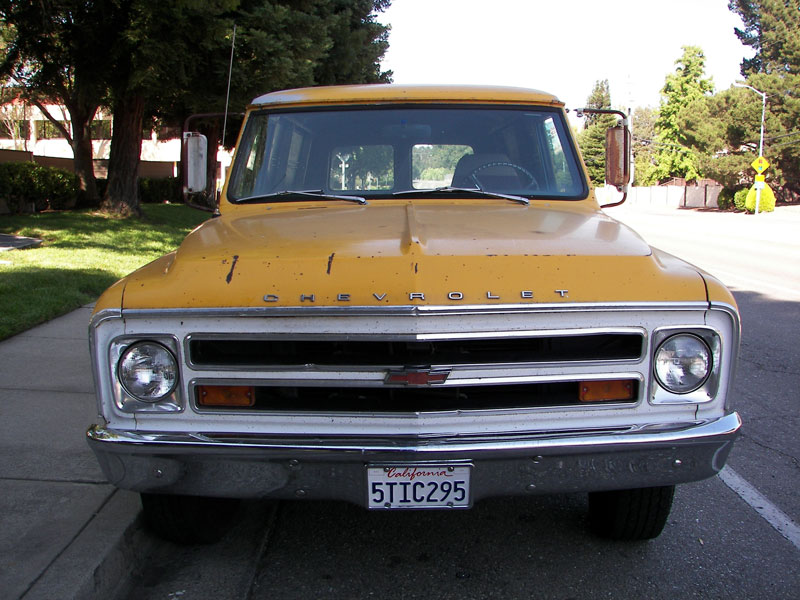 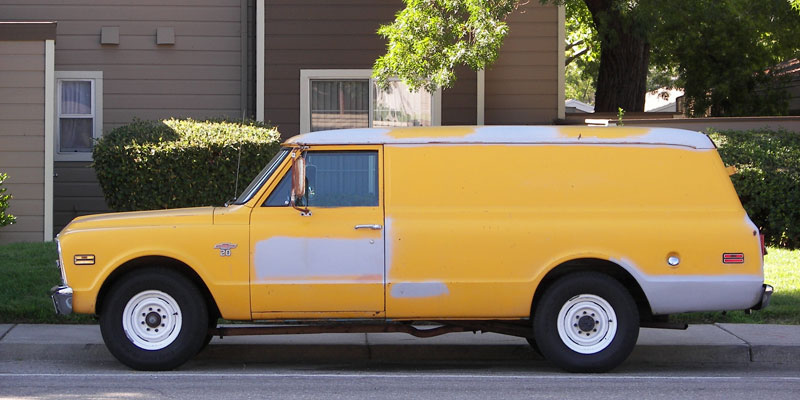 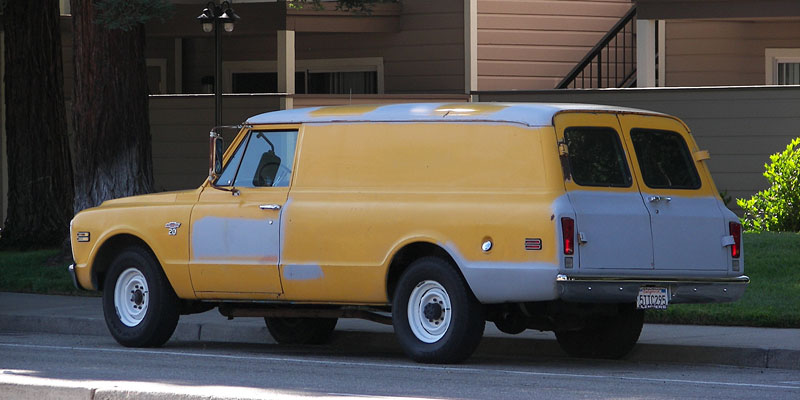 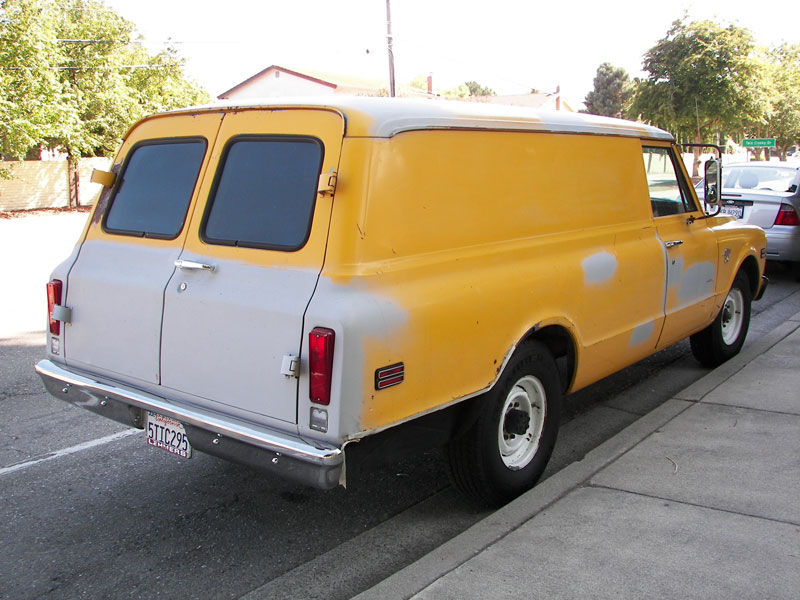 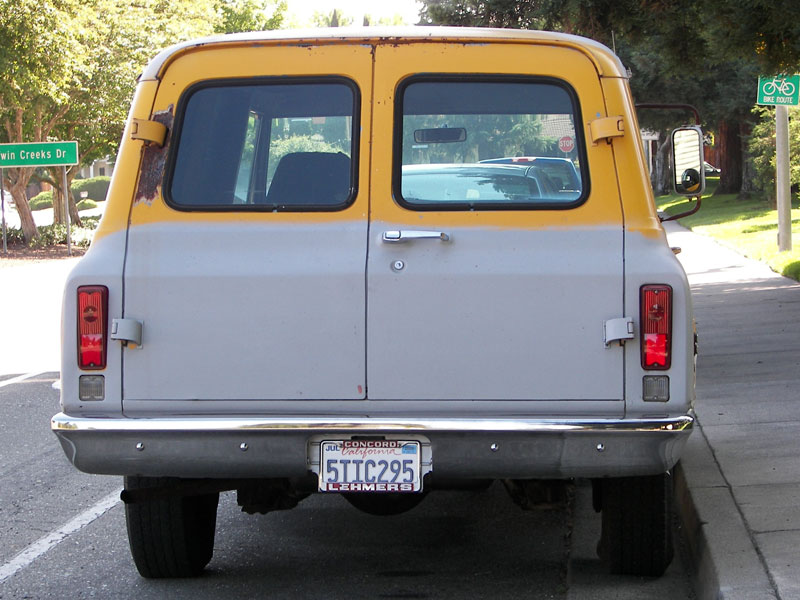 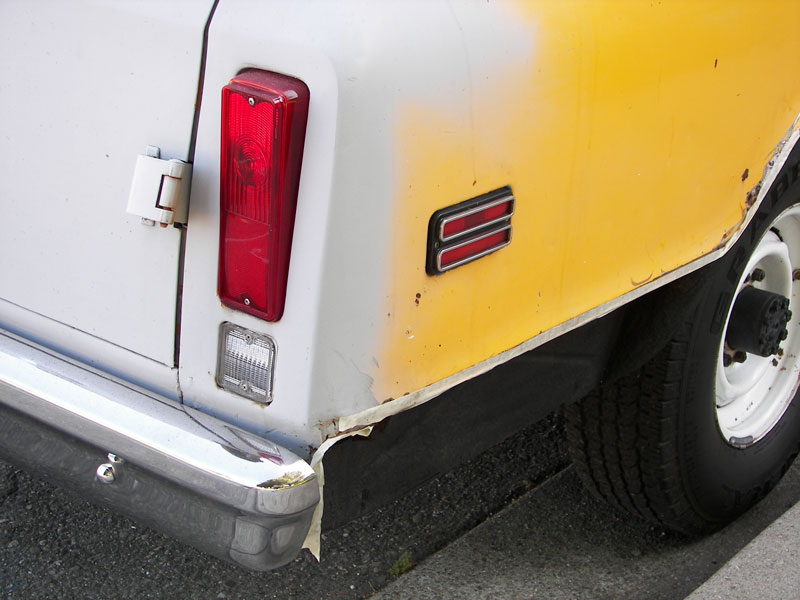 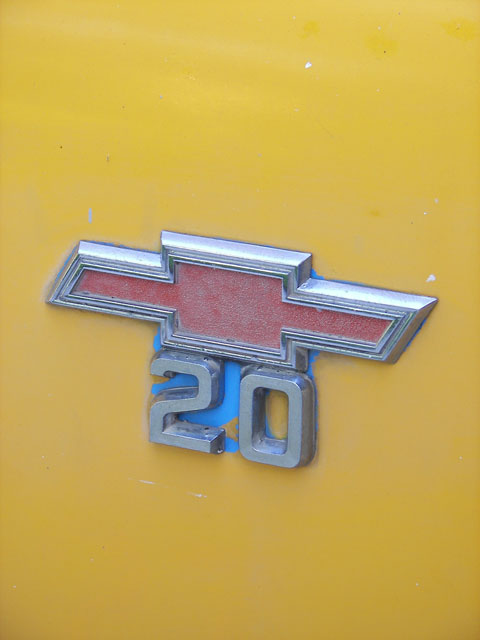 The Suburban nameplate is the longest-running model name in automotive history, and has been in continuous production since 1935. In its early years, it was also known as the Carryall, because, well, it could carry just about anything you could pack into it. Passenger and cargo variants were available, under both Chevrolet and GMC brand names.
Come 1967, the Chevy C/K truck platform was totally redesigned with a more modern appearance. For the first time, Suburbans were available with three doors instead of only two. Cargo versions were still available with two doors, as seen on this example. The 1967-72 models were the only Suburbans available with three doors and the last ones to offer a panel truck body style as seen on this example. This truck can be identified as a 1968 model because its grille is the same as a '67 ('69 had a thicker horizontal grille bar) and it has the federally mandated side marker lights. Being a C-20, this truck looks like it means business. It features 8-lug steel wheels, big utility mirrors and probably rides on heavy-duty springs. I can't speak for what engine powers it, though.
This truck looks ratty at first glance, with its blotchy yellow paint and grey primer spots, and light blue paint peeking through around the fender badge. But the owner seems to be trying to keep the rust from spreading. He (or she) has since replaced the lower right quarter panel with fresh metal, most likely because the original panel rusted out. This happened to an acquaintance of mine in Michigan who owned a Suburban of similar vintage. The rust was beyond what he had the funds to repair. Luckily, this one has received that help. For the most part, it looks like the tin worms have gone easy on it. I wouldn't mind seeing it actually get driven though. A truck like this has a lot of potential, and it's sad to see it just sit.
Posted by Jay Wollenweber at 1:57 AM