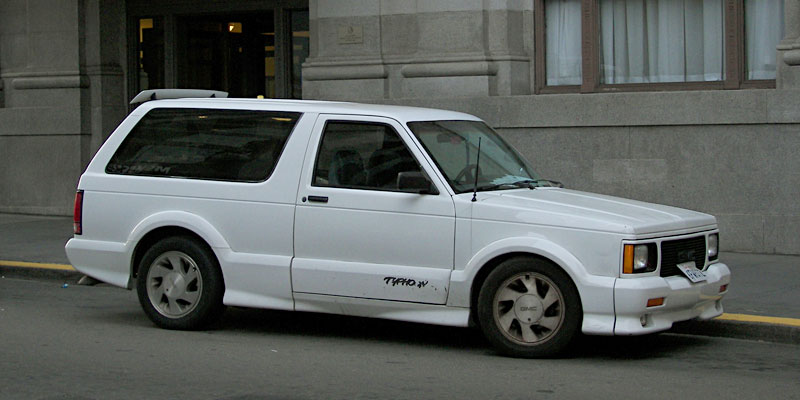 This may at first glance look like a garden-variety GMC Jimmy, but it's so much more than that. Where the regular Jimmy was an off-road oriented SUV with an unfortunate reputation for its rollover risk, the GMC Typhoon was a romping, stomping, turbocharged, all-wheel-drive beast of a performance truck. It's a curious vehicle, developed at a time when performance cars were anything over 200 horsepower and no one had built a fast truck in decades. Then General Motors unleashed a pair of shockingly quick compact trucks based on their S-Series platform. They were a regular-cab pickup called the Syclone, and a two-door SUV called the Typhoon. They sported a turboed 4.3 liter V6 producing 280 horsepower, 65 more than a V8-powered Mustang GT of the era. (According to Wikipedia, some stock Typhoons have actually produced over 300hp). All this power was put to the pavement through a 700R4 4-speed automatic transmission and AWD system with 35% front/65% rear bias. The trucks also featured upgraded suspensions, brakes, and a self-leveling rear suspension. It was unlike anything else available at the time, a truck capable of doing 0-60 in 5.3 seconds while taking the kids to school. The Typhoon was built from 1992 to 1993. Only 4,697 were ever built. 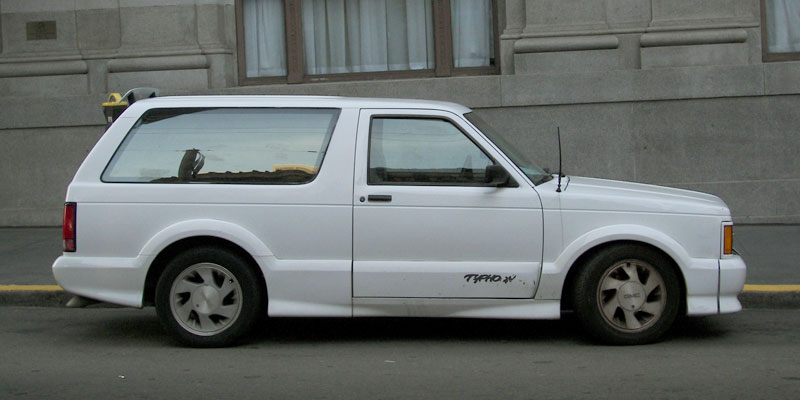 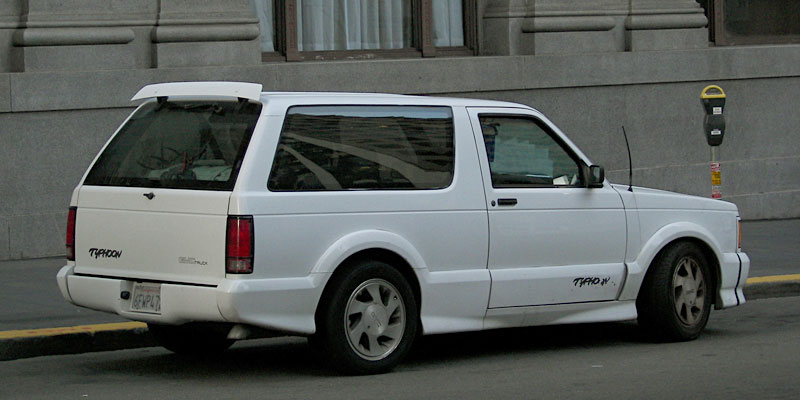 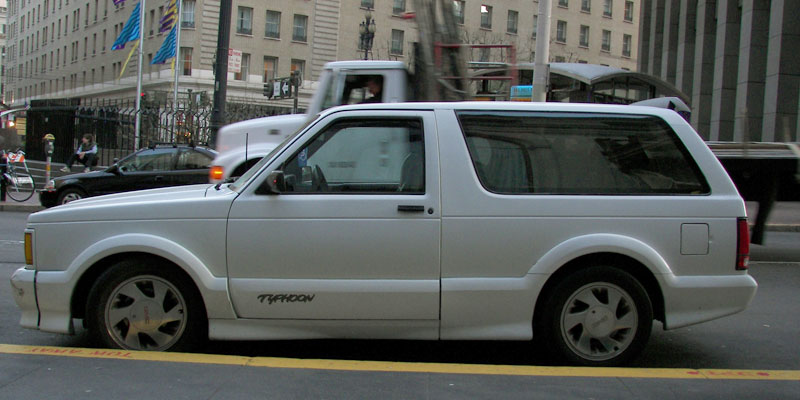 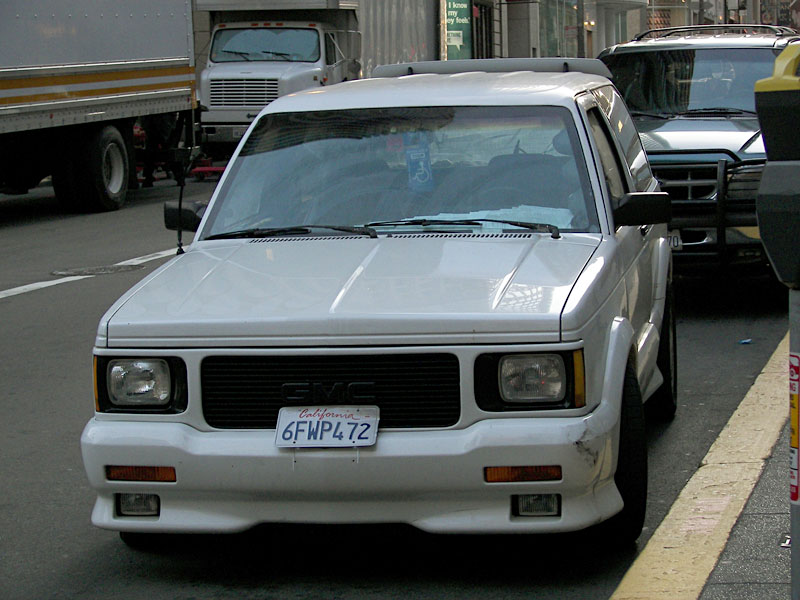 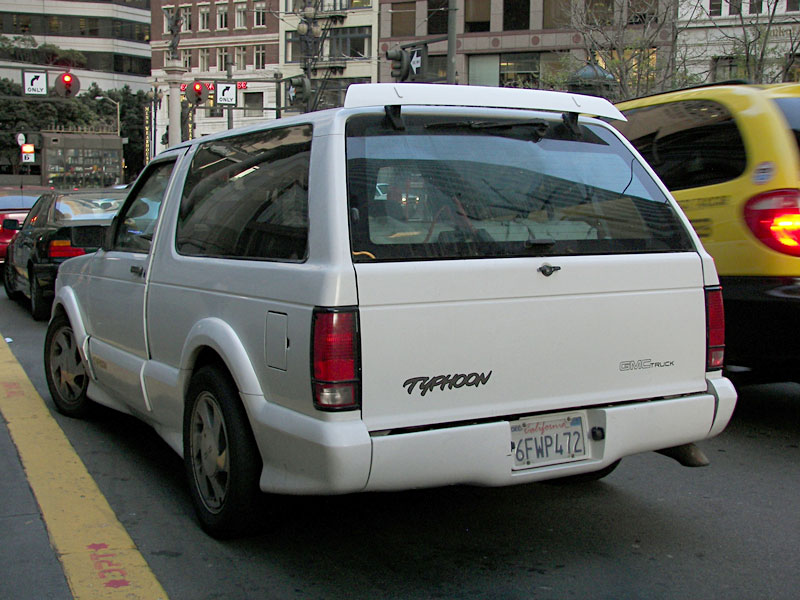 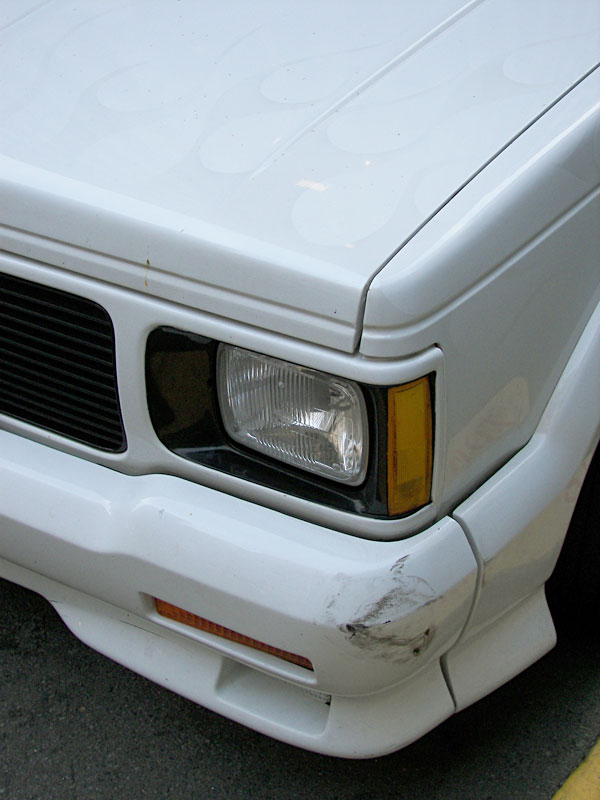 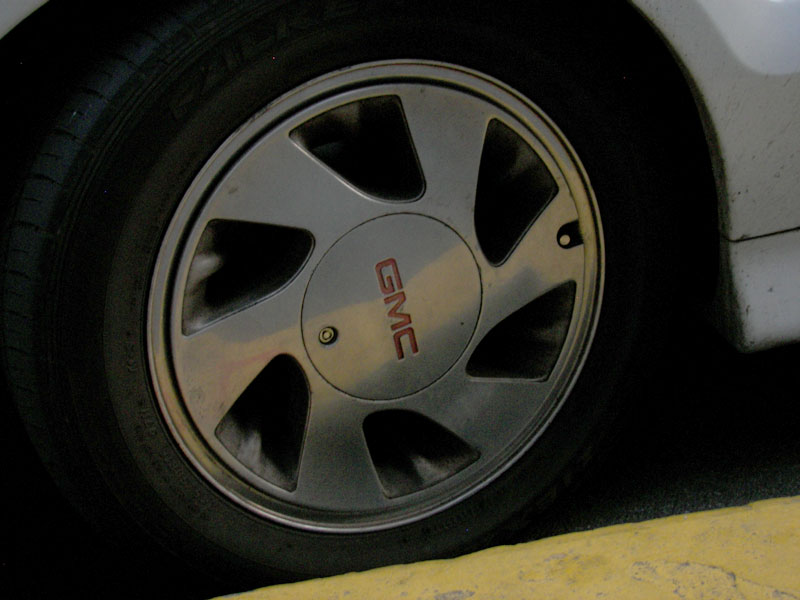 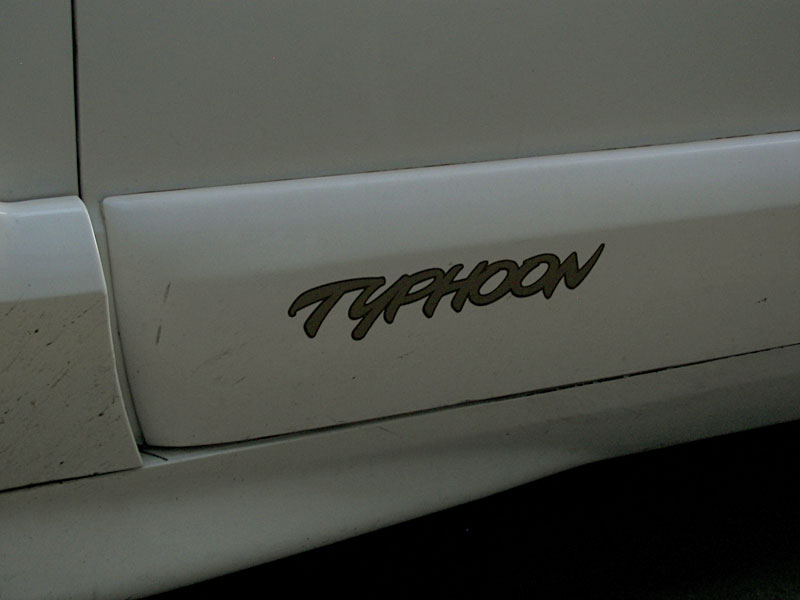 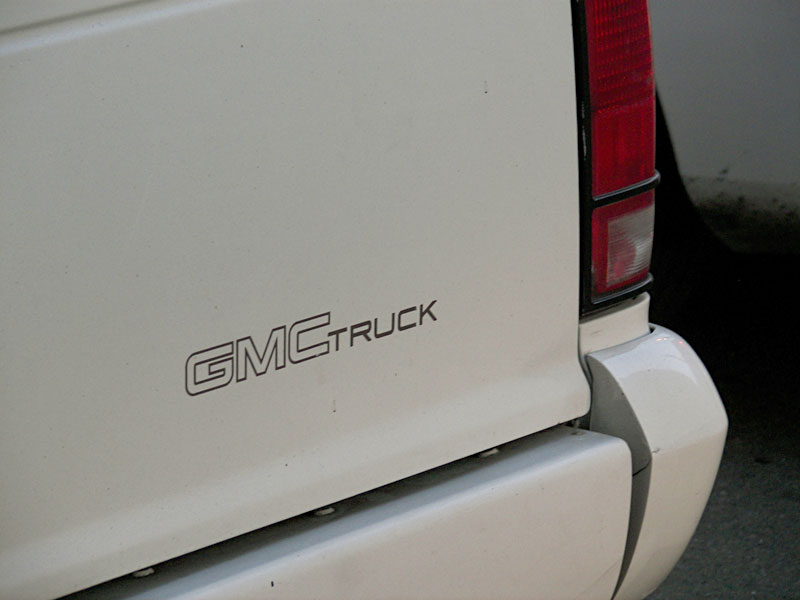 This example is a 1992 Typhoon according to state smog records. Assuming the paint is stock, it is Frost White, but on a '92 Typhoon the lower body cladding should be gray. White cladding was not available until 1993. This truck also features some custom ghost flames. I don't mind the Typhoon in all white, though I think if it were mine I'd lose the flames, and of course fix that bashed-up corner. I've never been a fan of the stock wheel design on the "SyTy", but I might keep them for the sake of originality. Some owners unhappy with the stock drivetrain have been known to perform V8 swaps and/or drop in manual transmissions for better performance. I think I'd sooner hack up a standard Jimmy than do that to a real Typhoon.
Posted by Jay Wollenweber at 12:01 AM