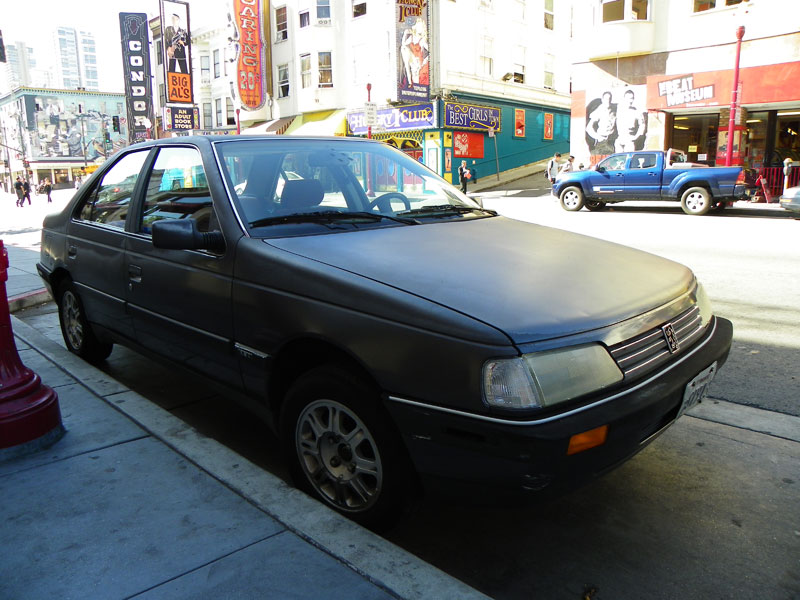 When considering a family car, many people today go straight to Honda or Toyota. Want a luxury sedan? Mercedes and BMW have you covered. So what happened in the '80s in America if you wanted something outside the norm? Well, maybe you went Swedish, and bought a Volvo or a Saab. Still not funky enough for you? Perhaps a half-British, half-Japanese Sterling or a European Ford badged as a Merkur? No, let's think French. At one time, you could buy a Renault, Citroen or Peugeot here in the States. 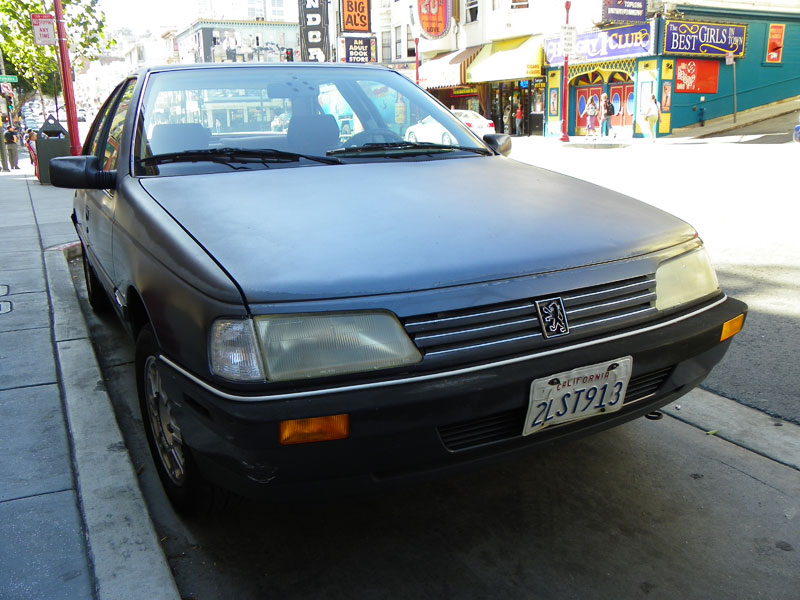 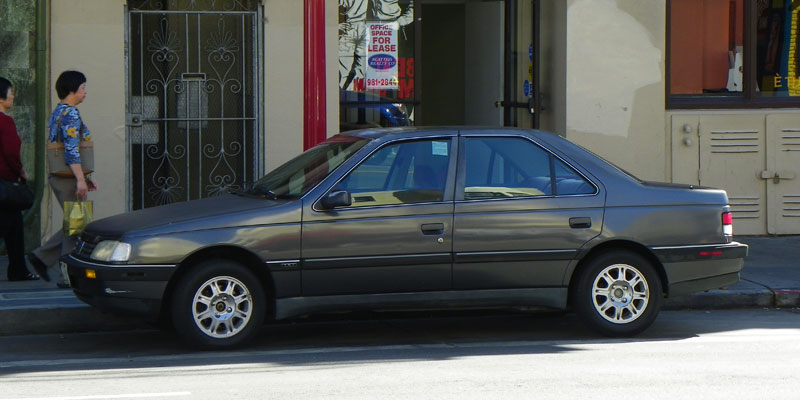 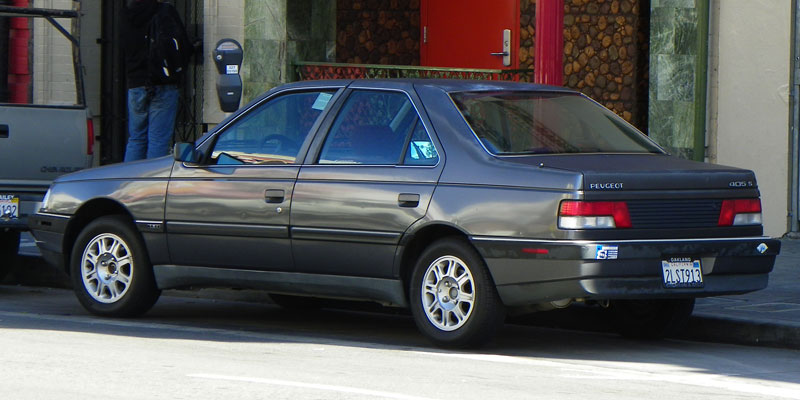 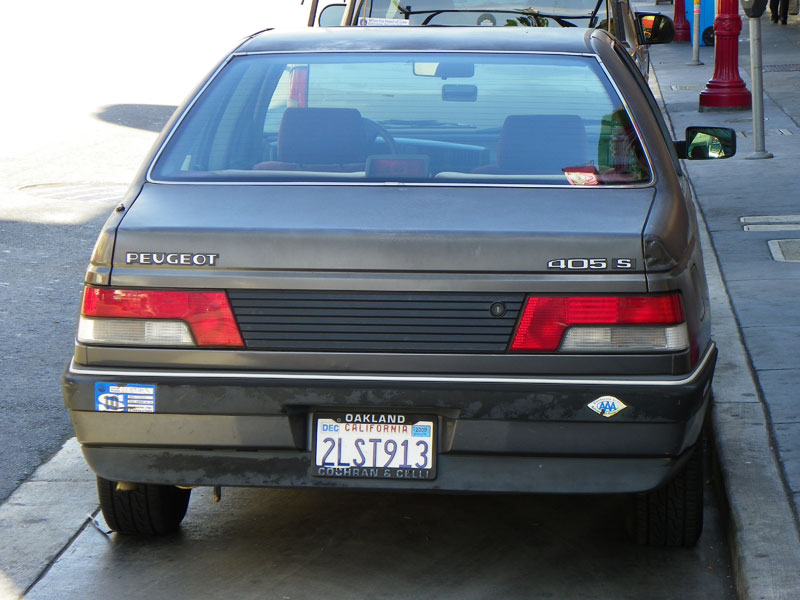 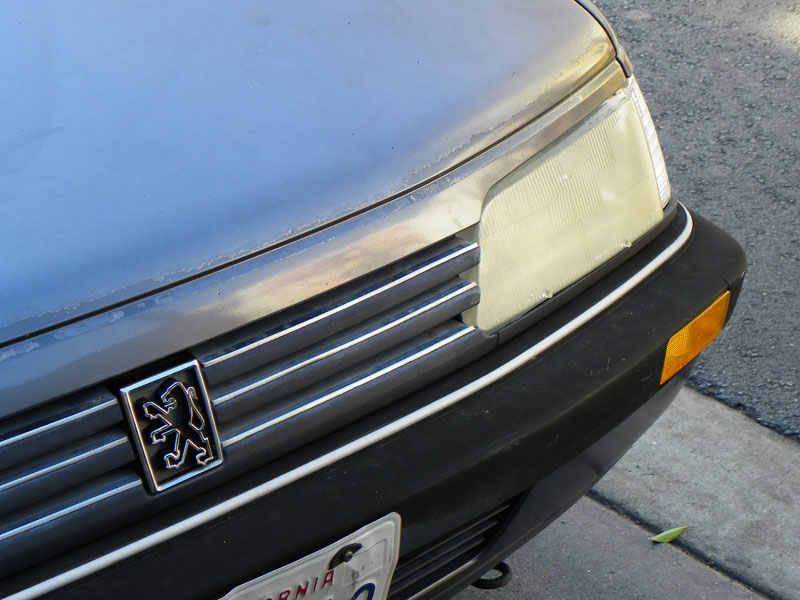 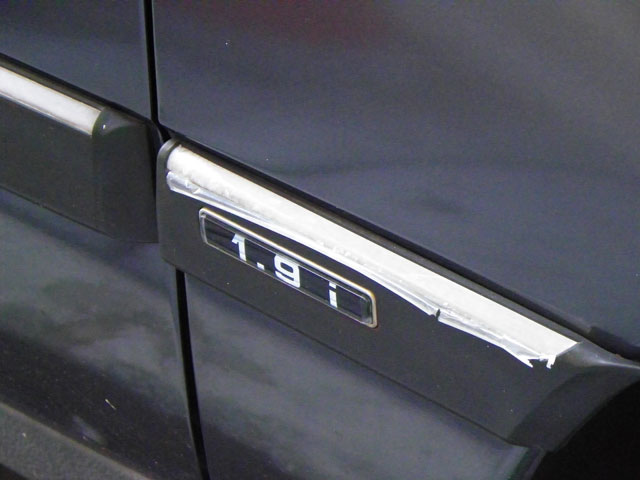 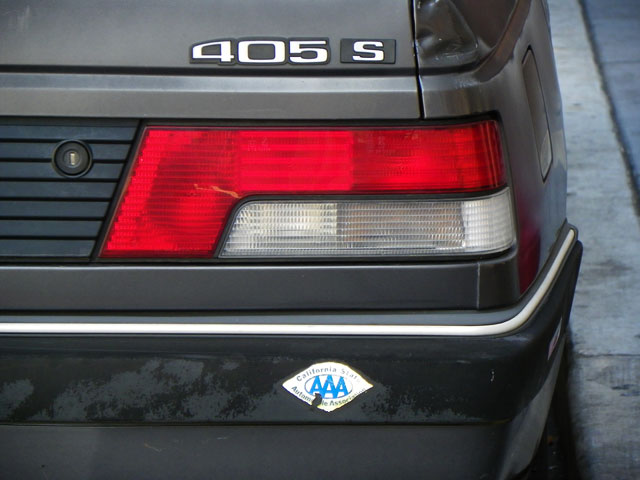 All three French brands are mainstays in Europe to this day, but they never amounted to much more than a curiosity in the United States. The last one to close its doors in America was Peugeot, which struggled until 1991 before pulling out. Their final US model was the 405, a family sedan introduced for model year 1989 (1988 in Europe) that initially slotted below the large 505 luxury sedan and wagon. The 505 sedan was discontinued in 1990, while the wagon lingered until 1991.
The Peugeot 405 was a smash hit in Europe, where it was considered to be a large car. That goes to show the difference in size standards between Europe and the US, seeing as the 405 is roughly the same size as a modern North American Ford Focus sedan, which is considered to be a compact. During the years it was offered in the US, the 405 featured an aluminum-block four-cylinder engine that displaced 1.9 liters, a tiny powerplant by American standards. The aforementioned Focus displaces more than the 405, which maxed out at 150 horsepower in its most potent Mi16 form. The Focus, in SVT form at least, was capable of 170 from the factory, albeit from 2.0 liters.
The 405 soldiered on in Europe and elsewhere long after it was dropped in the US. The last Peugeot-built 405 rolled off the line in 1997. The car is still built under license in some countries, and some 2.5 million have been produced in all. Some 500,000 405s had already been built by the time this car was born. However, only a few thousand 405s ever made it stateside. In three years!
This particular car is a 1989 405S 1.9i, a first-year, mid-range trim level with a 1.9 liter engine producing a whopping 110 hp. Despite its comparatively exotic origins, the styling is contemporary for the era but rather ordinary. Well, it makes a 1989 Chevy Celebrity look old-fashioned but even an '89 Ford Taurus is (perhaps) more interesting to look at. Kind of disappointing for an $18,000 car penned by Pininfarina, a designer famous for his Ferraris. Like many cars from that dark era we call the 1980s, this one suffers from severe paint bake that leaves the grey paint looking chalky and thin. The headlight lenses have fogged over like a senior citizen suffering from glaucoma. The Mylar "chrome" is peeling off and the rubber trim has lost its paint. It's a shame that the most modern Peugeot ever offered in the United States has degraded this badly. The scarcity of parts, unreliability and low resale value of the 405 probably account for its rarity. That, and it's rumored that fewer than 1000 were sold in the first year. Peugeot had predicted 15,000 annual 405 sales. Folks, you're looking at the reason you can't buy a new Peugeot in the United States.
Posted by Jay Wollenweber at 12:59 AM