Today marks the seventh day of the fabled countdown to Christmas. 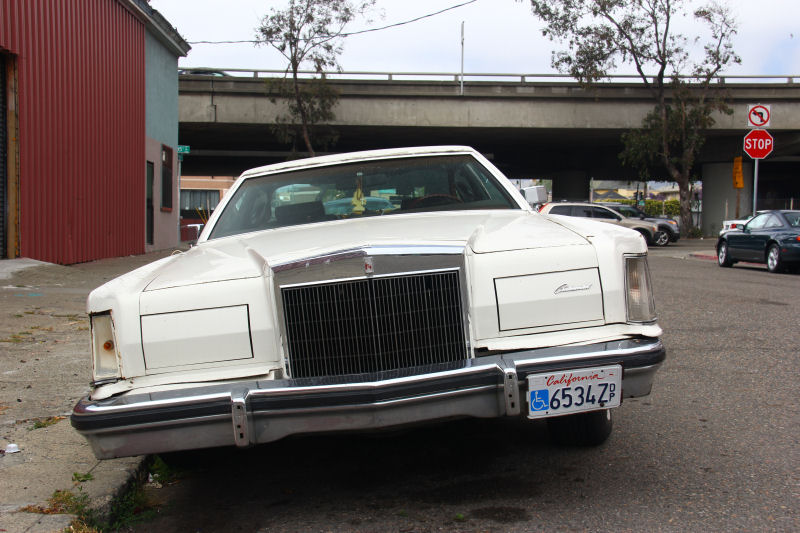 I have such an irrational love for Malaise-era big cars. By today's standards, many see them as horrible slow oversized barges that suck down gas and pollute like no tomorrow, fit only for demolition derbies. What are you, some kind of communist? How can you hate a personal luxury coupe with a big V8, plush couch seats, a big proud grille and err... hidden headlights, opera windows, a fake spare tire hump and fake fender vents? So what if it has less than 160 horsepower and has to be smogged in perpetuity? It has presence! 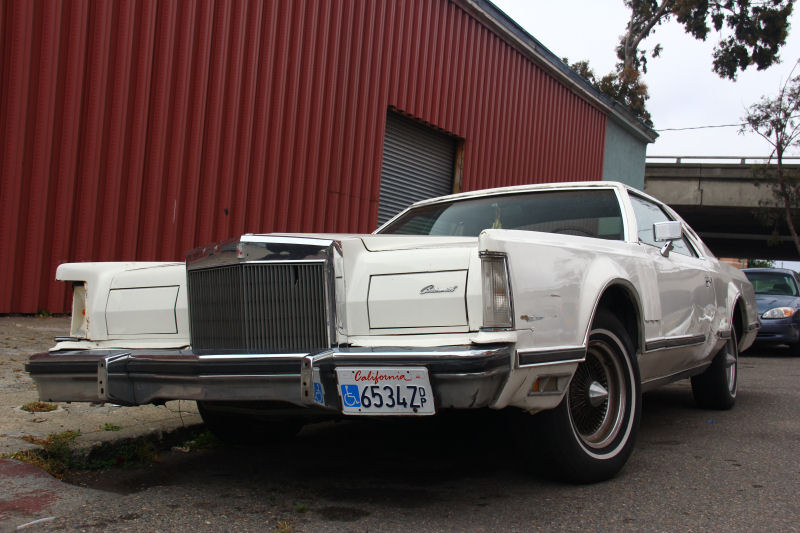 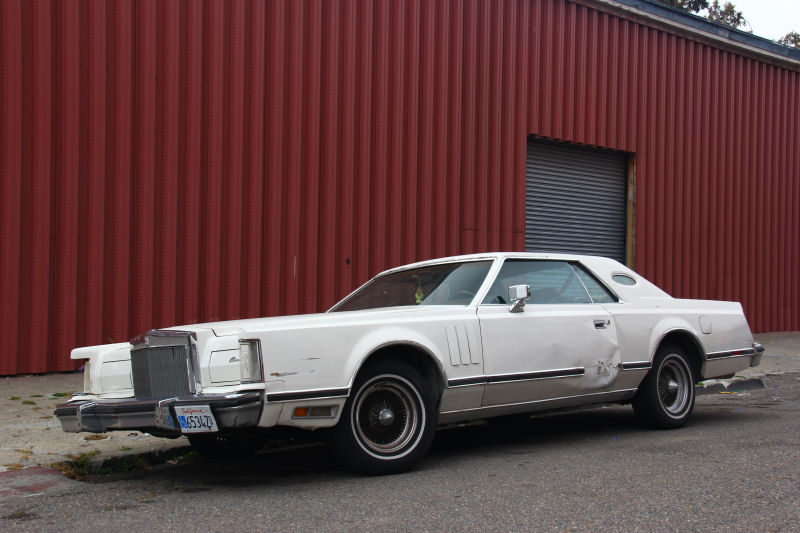 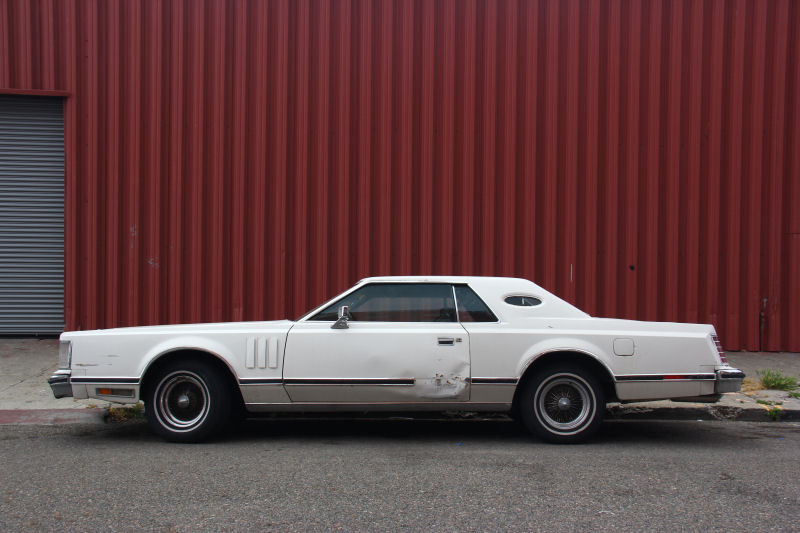 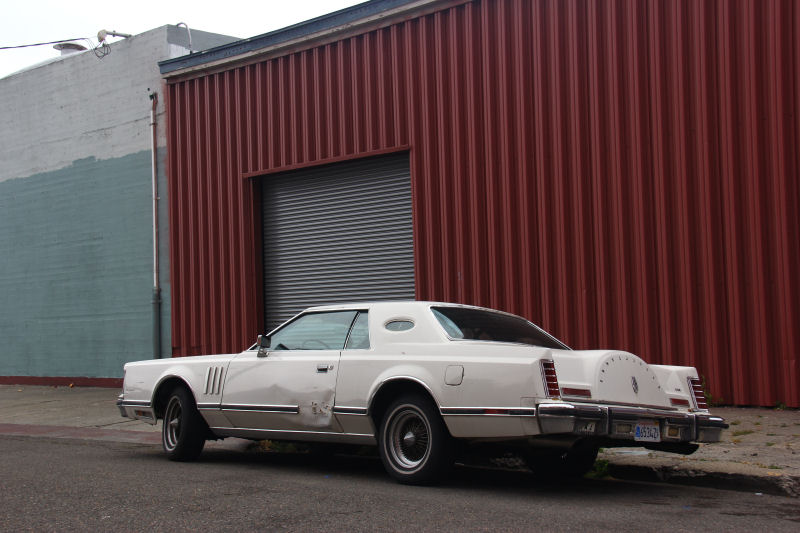 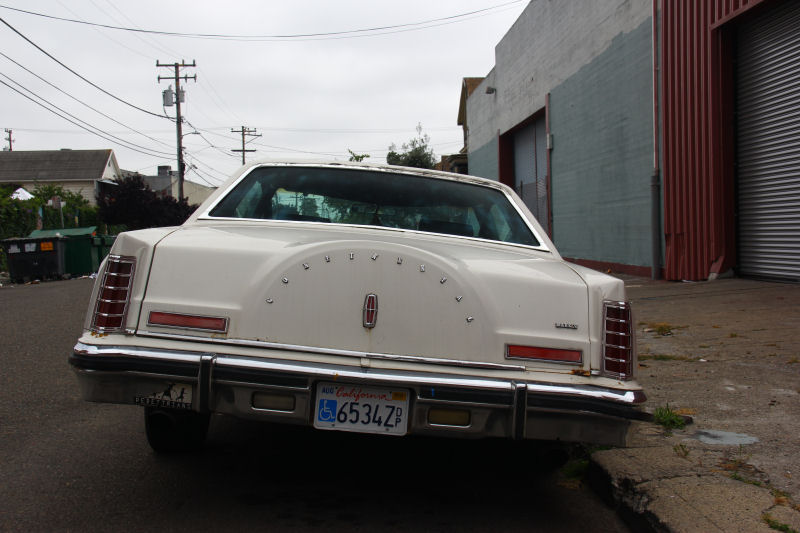 My friend once owned a '79 Mark V. It was a hunk of junk. It ran, but his was in terrible condition. He paid $600 for it as a last resort to keep it from the junkyard, and sought to fix it up. He didn't have the money to do it. To some extent these cars subscribe to the adage that you should buy the best one you can find, because you will never make your money back trying to fix one that's trashed. It really is quite sad because these are some of my most favorite 1970s cars. I remember first seeing this particular Mark V in San Francisco during my college years, maybe 2008 or '09. I took one photo of it and continued on my walk. Years later a white Mark V turned up in Oakland near my friend's house. One day I decided to do a full shoot of it. Upon approaching the car I noticed the damage to the driver side door and recognized it as the same car I knew from back in San Francisco. 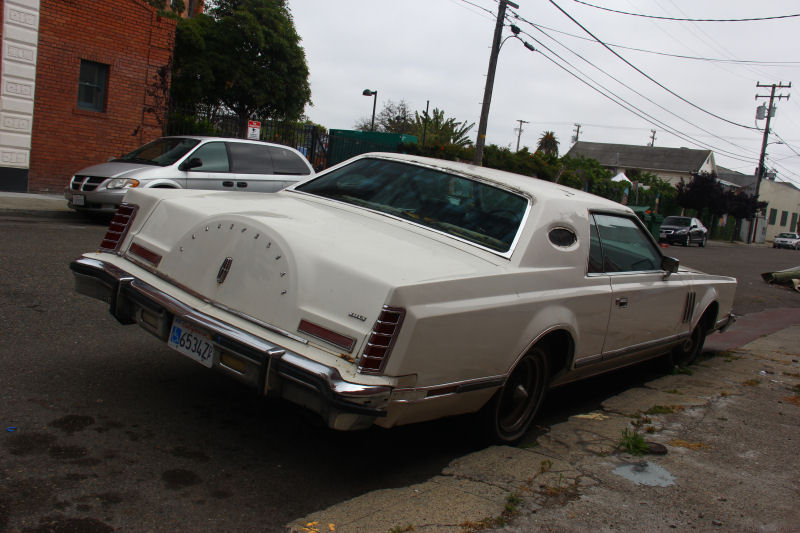 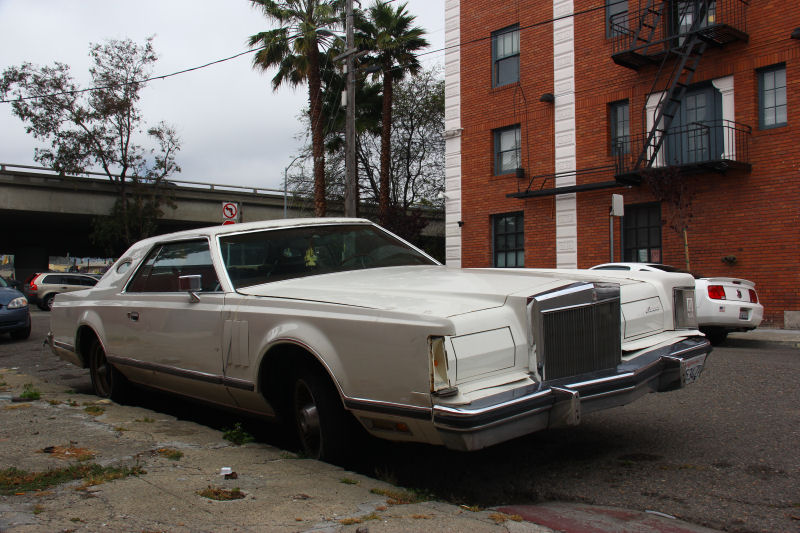 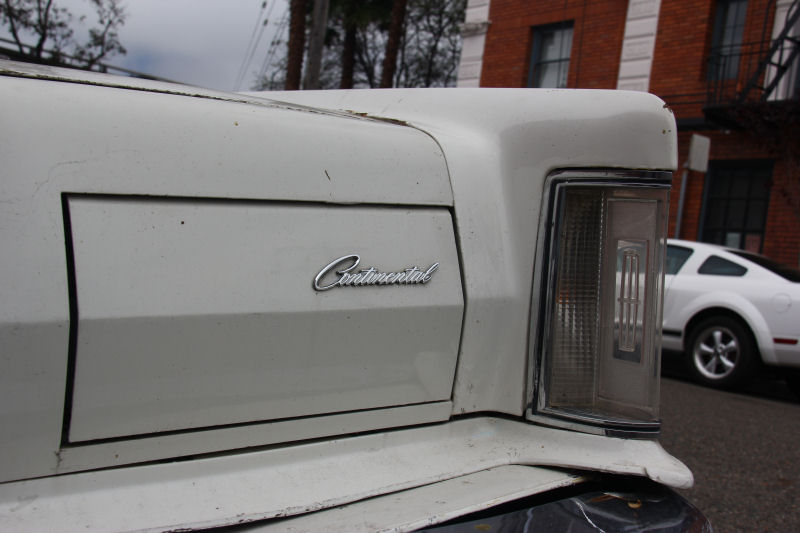 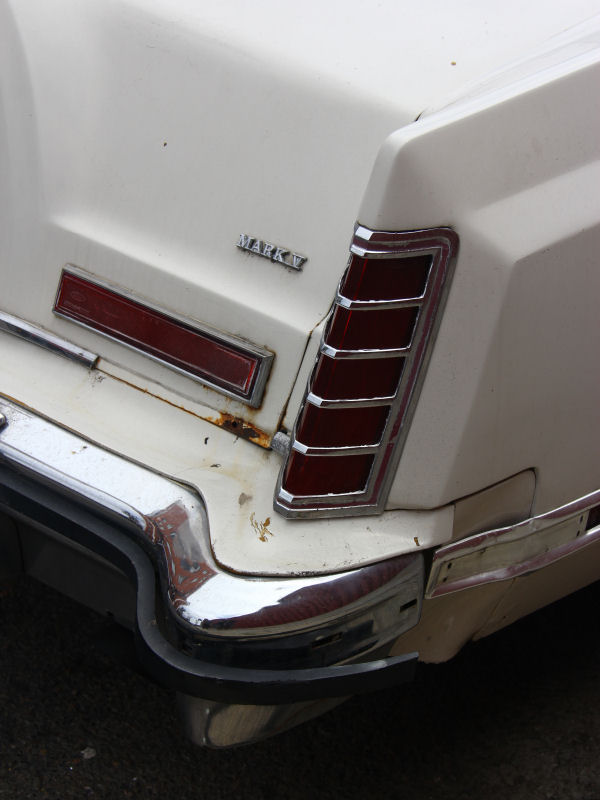 I admit, for a Christmas season post, this is not the greatest example of a classic (to me) Continental. It's been used. It's been around. Fortunately for its own survival, this Mark does NOT have a padded vinyl roof like my friend's car did. As much as I like the look of the cheesy vinyl tops of the era, they were a death sentence to many otherwise good cars that rotted from the roof down because water got trapped underneath the vinyl. Some cars didn't even get painted by the factory under the vinyl covering. The rust monster hasn't attacked this example too badly as I only saw cancer at the rear, around the mounting hole for the chrome trunk trim. It looks pretty solid otherwise. The wheels aren't stock except for the factory turbine wheel on the right front. The turbines are my favorite style on the Mark V and beyond, even on the Panther body Ford LTDs, Mercury Grand Marquis and Lincoln Town Car.

As Cogsworth once said in Disney's Beauty and the Beast, "If it ain't baroque, don't fix it." This one is definitely baroque in nearly every way, and I'd love to see it fixed up nicely if it could be done at reasonable expense. I see a hidden beauty beyond the federal crash bumpers, smog pump and slightly silly visual details spread across acres of sheet metal. To me these cars can be truly gorgeous in the right combination of wheels and colors.