Today marks the second day of the fabled countdown to Christmas.

On the second day of Christmas my archives give to thee:
A tuned Chevy LUV,
and a Park Lane down on the street. 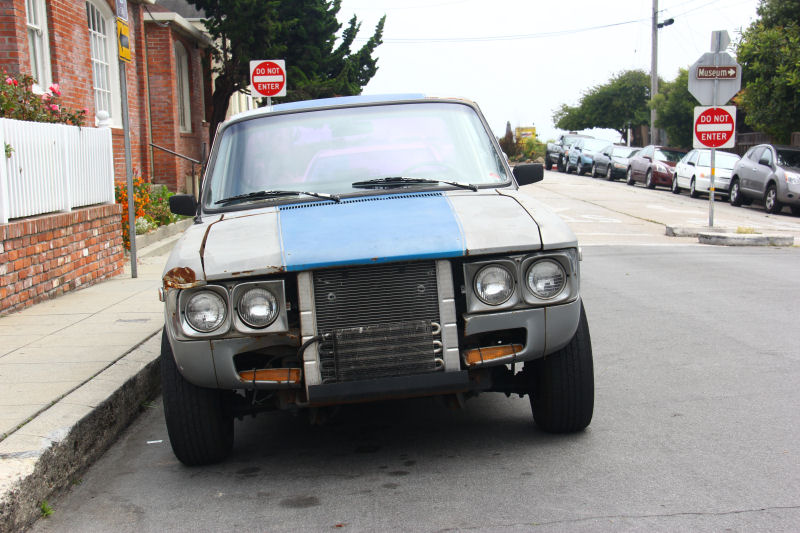 If the 12 Days of Christmas theme of this series already sounds forced, you ain't seen nothing yet.

The term "tuned" can refer to any number of modification and customization to an existing vehicle and it's not uncommon (especially in Europe) to see something described as such, even if all they did were visual mods. In this case it looks like this compact Chevy pickup had an engine swap that didn't quite fit. 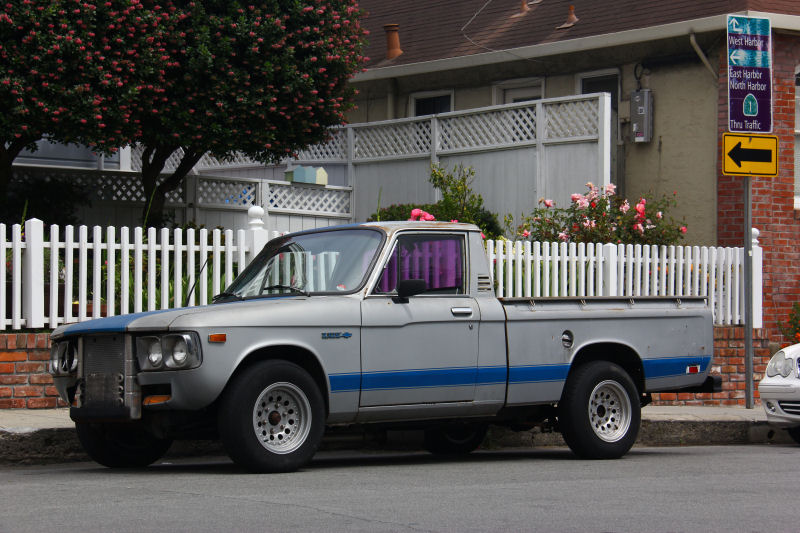 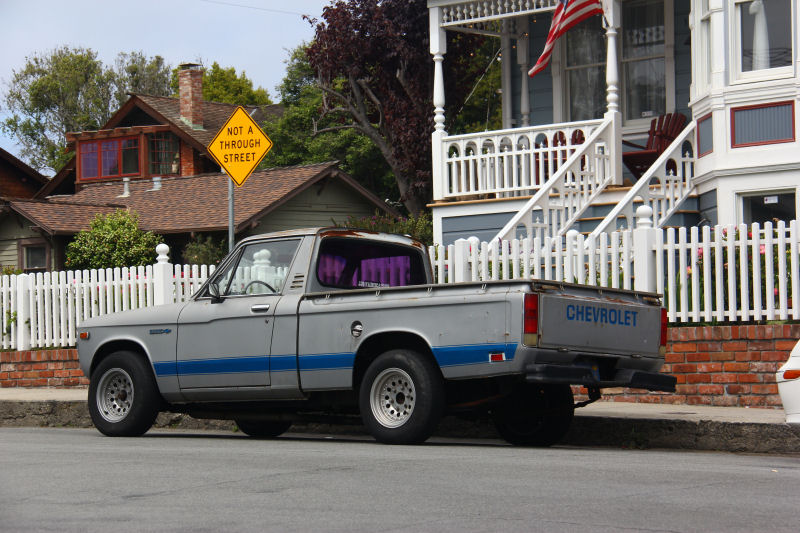 The Chevrolet LUV (Light Utility Vehicle) was a captive import pickup truck that took advantage of General Motors' 34 percent ownership of Isuzu, allowing GM to field an entry in the growing compact truck market in the early 1970s. It competed with Datsun, Toyota, Ford's Courier and Mazda's B-Series, and I suppose to a lesser extent the Volkswagen Type 2 Transporter pickup. The VW had by that time largely been priced out of the US market by the federal "chicken tax" on imported light trucks, and Chrysler was still several years away from bringing out the Mitsubishi-based Dodge D-50 and Plymouth Arrow.
The LUV was a rebadge of the Isuzu Faster, which was itself partly based on the Isuzu Florian passenger car. Early LUVs came with one engine and one gearbox, a 1.8 liter four-cylinder producing 75 horsepower, and a four-speed stick. As one might expect, not all owners were happy with 75 horses and having to shift their own gears. An automatic was offered from 1976 on, with later models bumped up to 80 or so ponies. 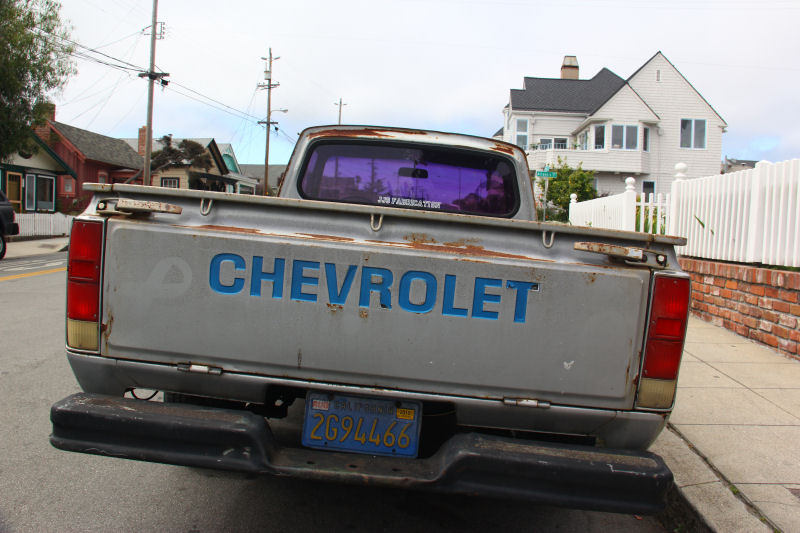 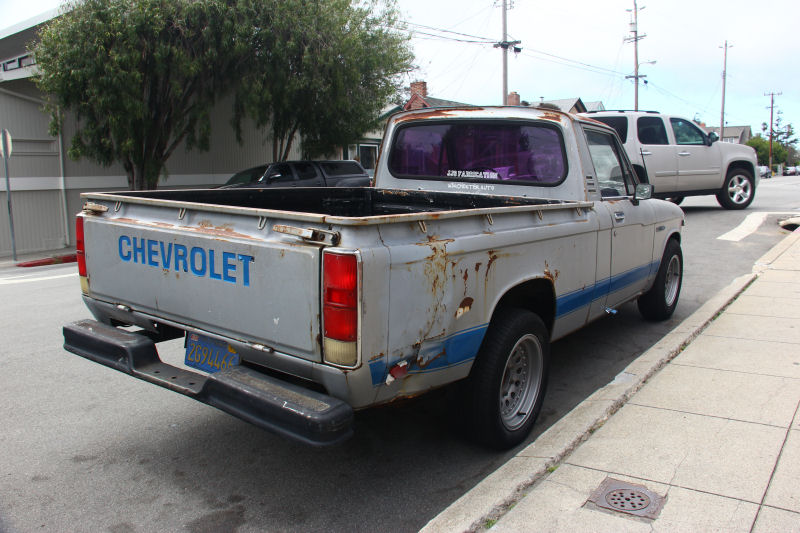 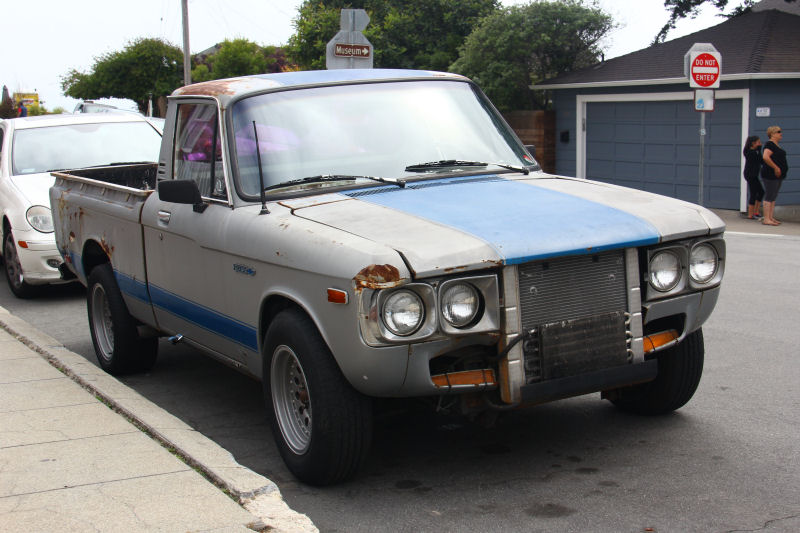 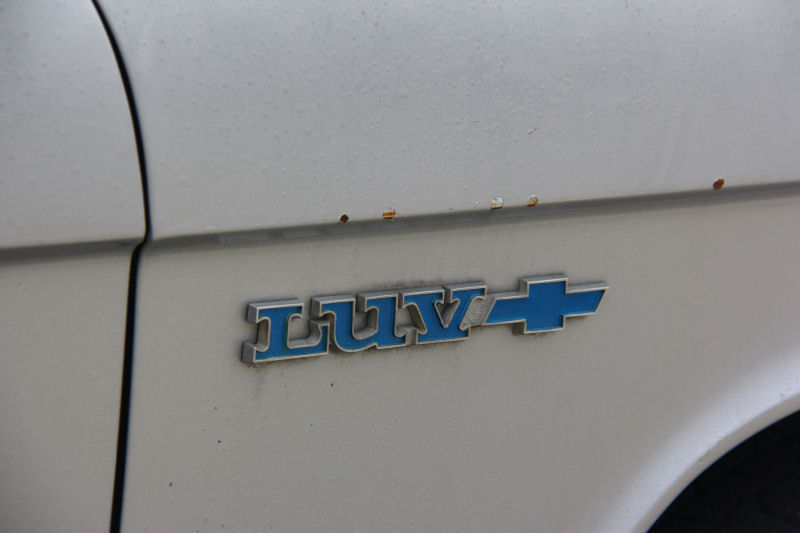 I'm not entirely sure what year this LUV is, but I assume 1975 based on the fact that it has vertically oriented taillights and the license plate does not have any smog test records on file. Any vehicles 1975 and older are exempt from emissions testing in California, so it has that going for it. It also means that the owner is free to mess around under the hood without interfering with legally required emissions control equipment. Who doesn't love the mess of tubes and air pumps and other junk that passed for smog equipment in the '70s?

Of course, the elephant in the room here is what powers this one, and I can't answer that. It is possible to put a naturally aspirated V8 in a LUV and have it clear the hood and radiator support without having anything stick out. This truck has either an aftermarket radiator or one massive intercooler and oil cooler out front where the grille and half the front valance used to be. The valance has been cut out in the middle to make room for it. I can only assume that maybe there's a turbo or two hiding inside that engine bay and this truck could well be a little screamer. 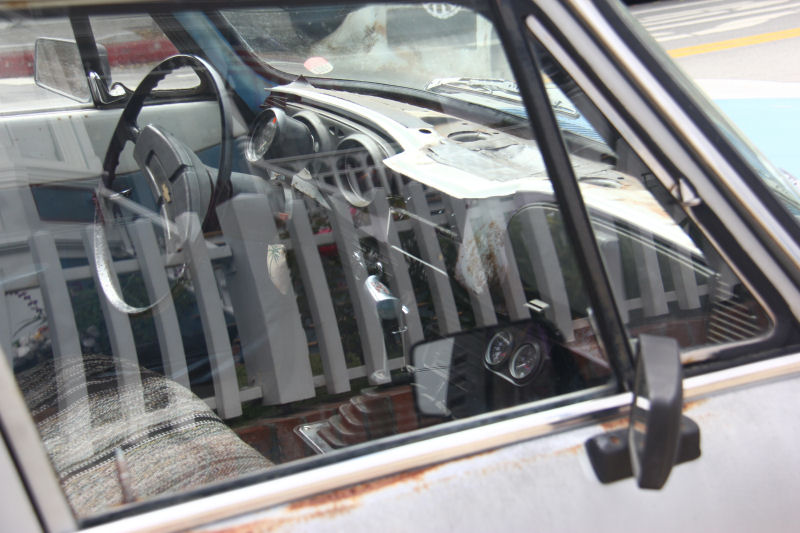 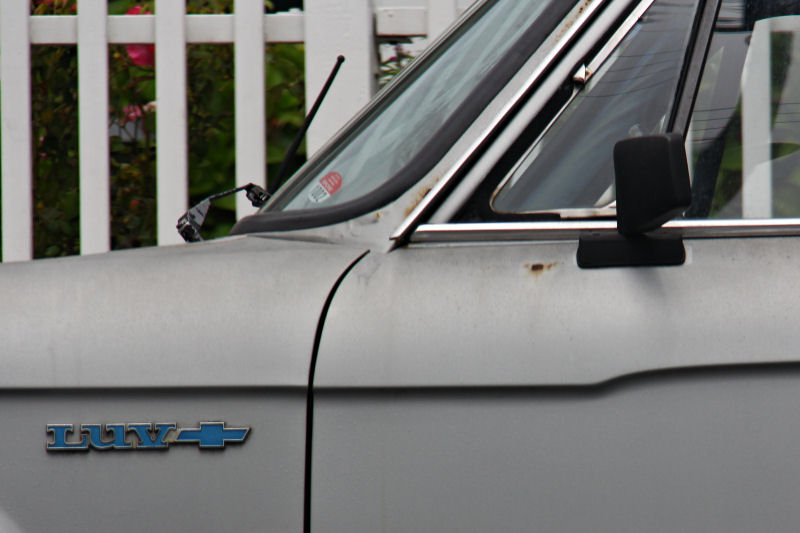 Photographed June 2015
Posted by Jay Wollenweber at 12:00 AM