Today marks the third day of the fabled countdown to Christmas.

On the third day of Christmas my archives give to thee:
A beige French shed,
Tuned Chevy LUV,
and a Park Lane down on the street. 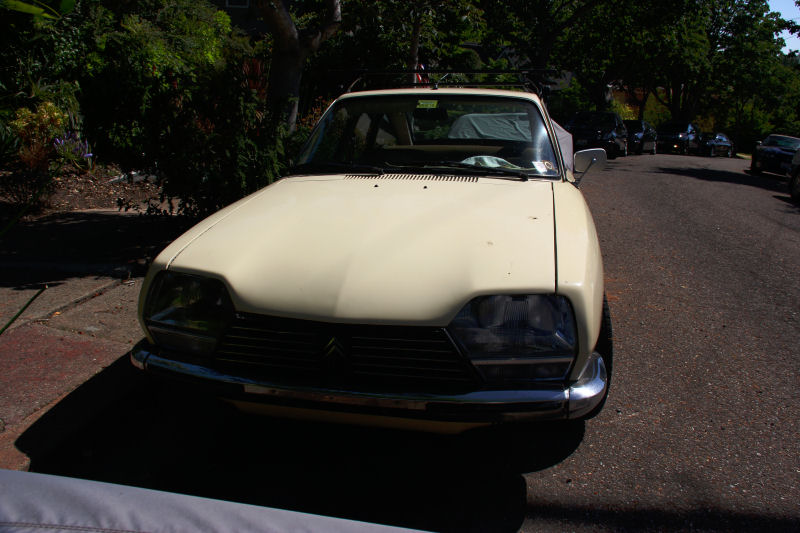 Oh hon hon, French cars are weird. It's almost disappointing if you find one that isn't weird. The Citroën GS is unusual in that it looks like it would be a hatchback or liftback, but it's actually a fastback styled sedan with a small vertical trunk lid that hinges up like a garage door. The design with its sharp Kamm tail and sloping roofline was one of the most aerodynamic cars in the world in 1970 when it was introduced. The GS featured an advanced hydropneumatic suspension system based on the technology of the larger DS, as well as four-wheel disc brakes. It came with the Citroën trademark one-spoke steering wheel and a rotating drum speedometer. The latter was swapped out for conventional dials for the 1977 model year. For all that technology baked into the chassis, the GS came with an air cooled flat four sending barely 60 horsepower to the front wheels. And if you look closely at the grille, it looks like it still has a hole to insert a hand crank for emergency manual starting. 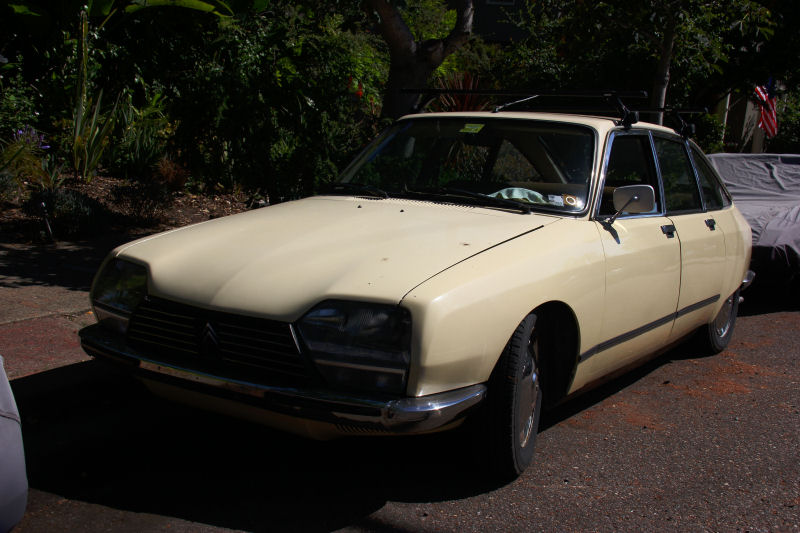 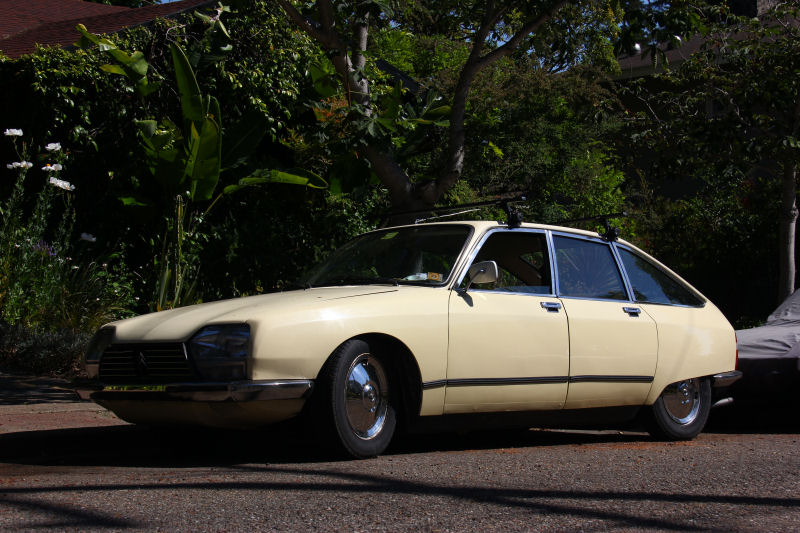 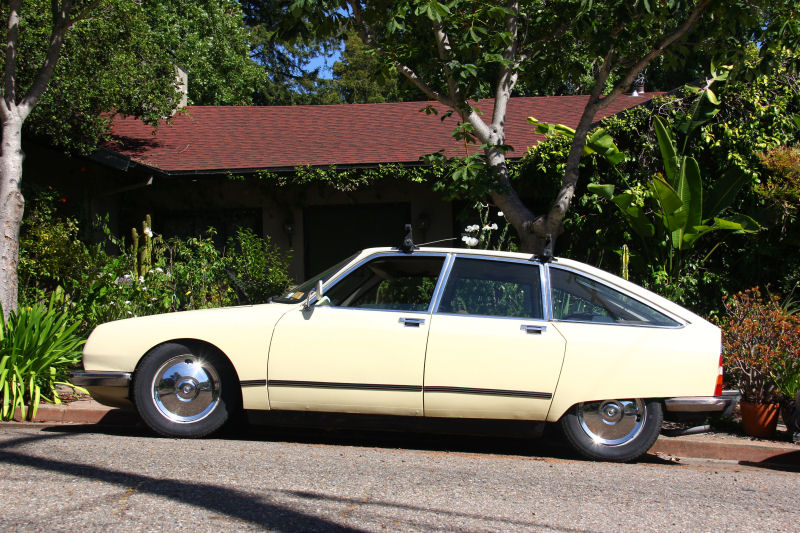 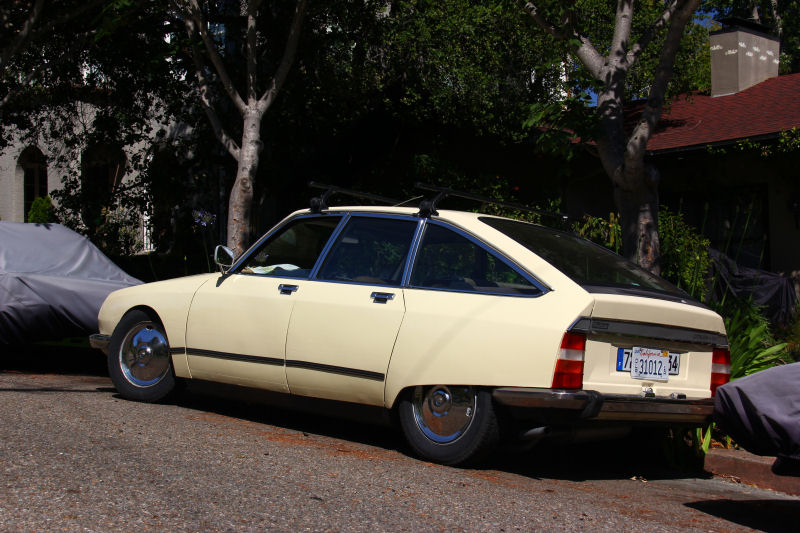 This car undoubtedly has an interesting story to tell. I found it outside the home of a relatively well known Italian and French car mechanic who operates a shop in Berkeley. These pictures date from 2014 and at that time the car had windshield stickers from Slovenia in 2009, and a French license plate underneath the California dealer plate. That French plate was the only way I could positively identify the model year, because it was in the trunk of an identical 1978 GS Pallas that appeared on Craigslist and Barnfinds.com earlier this year. An interesting footnote on the Slovenian history: A company called Tomos used to assemble GSs in Slovenia for the export market, and most were painted Campus Beige similar to this car. I have no way of knowing if it is a Slovenian-built car, but it could be. 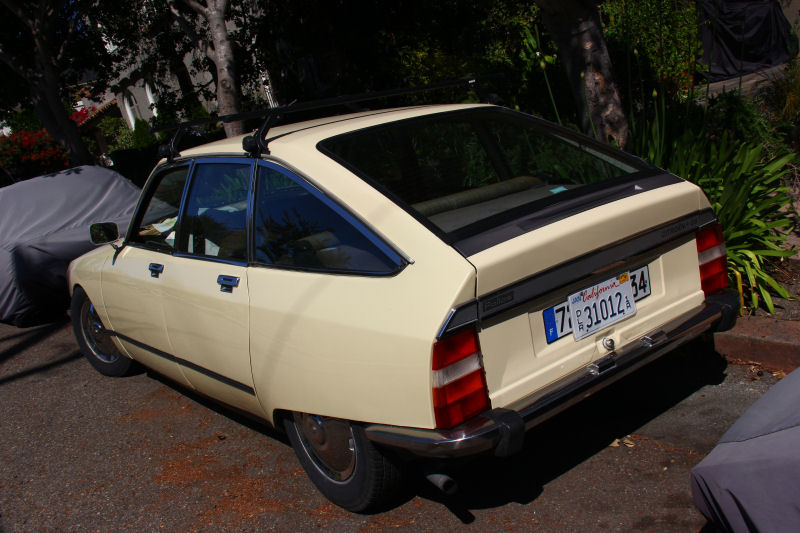 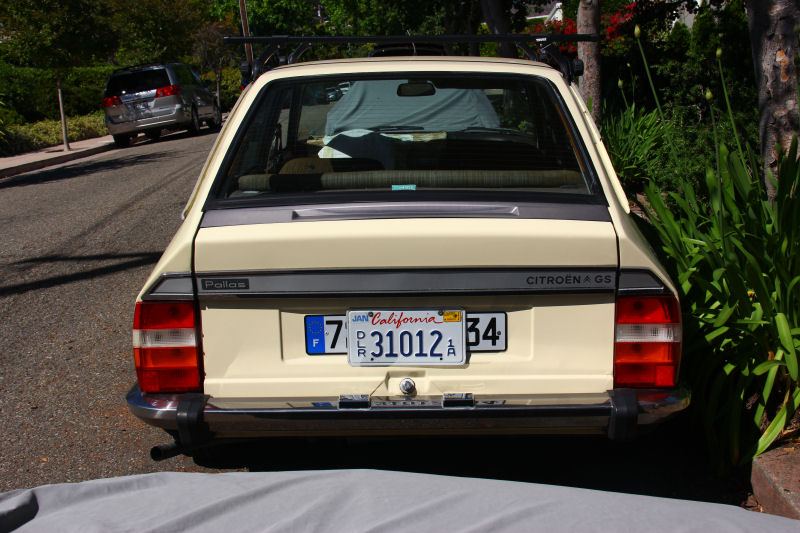 You may have noticed that this car sits very low. That's the hydropneumatic system letting the body drop to the bottom of the suspension's travel when the car is shut off for a long time. Condition of the body is pretty solid except for the bottoms of the doors, a problem that persists up to this year. I'm not surprised that the car would be in perfect condition mechanically, having been in the care of an expert specialist mechanic who keeps half the Lancias, Fiats and Citroëns in the Bay Area running. He also has (or had) a later model Citroën GSA Special. I find it rather interesting that this and the GSA were Citroën's mass-market family car offering for sixteen years, and sold over two million units during that time. 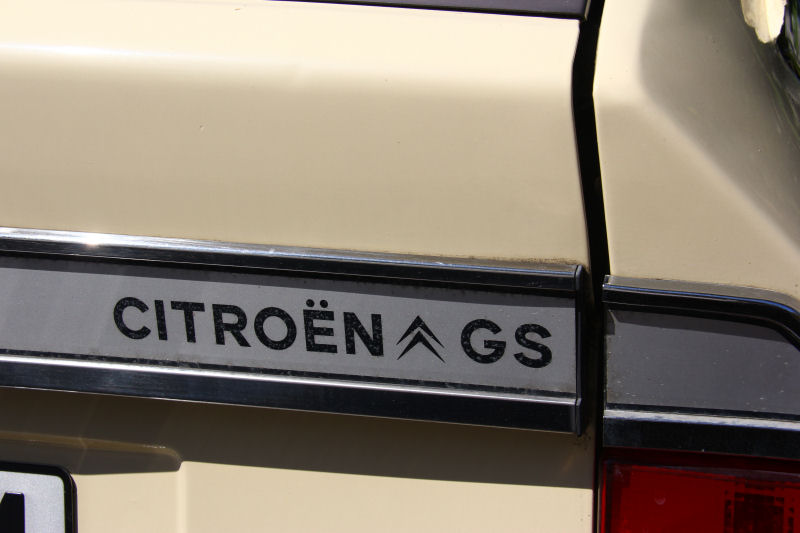 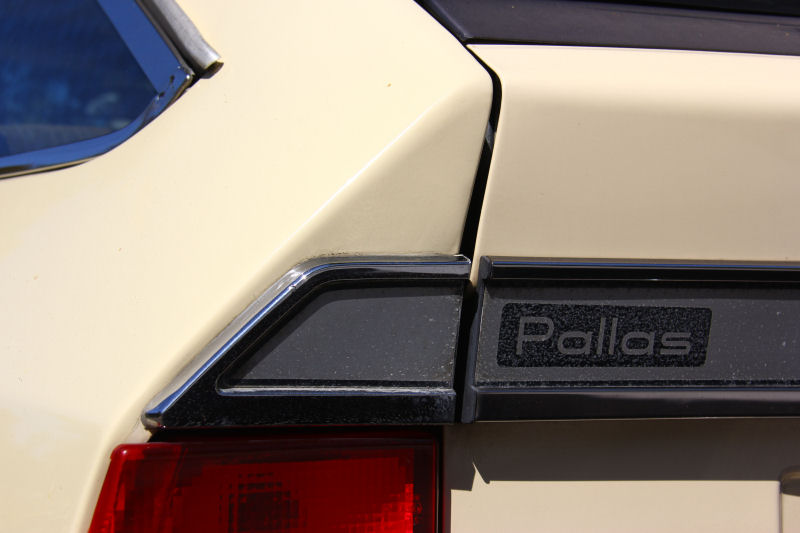 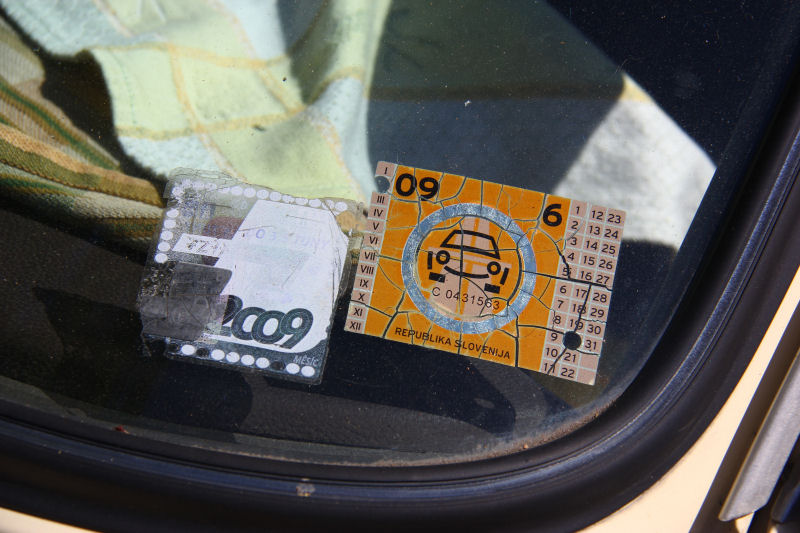 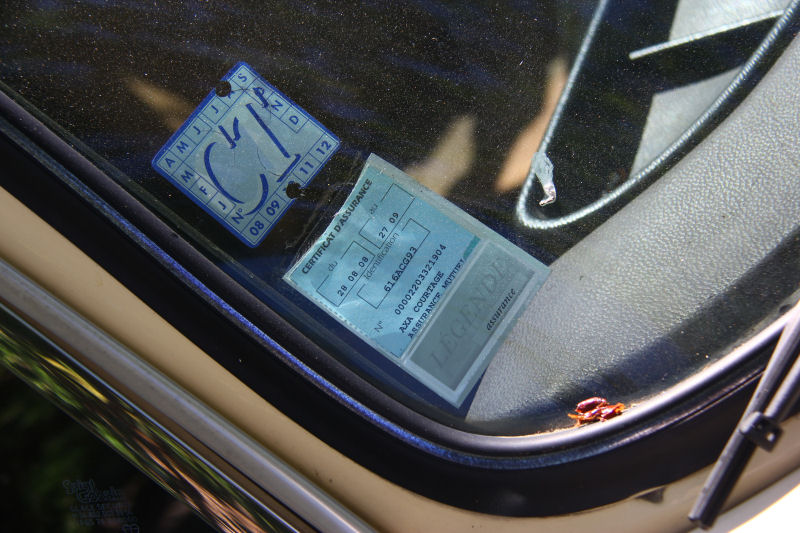 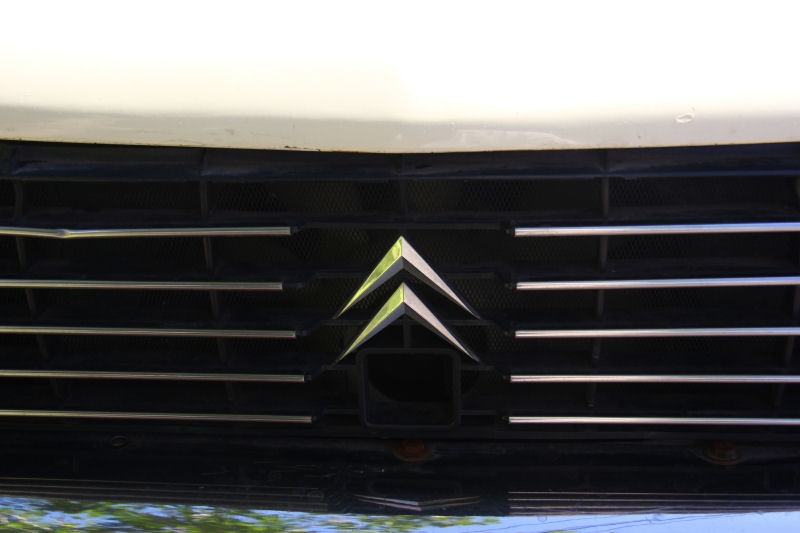 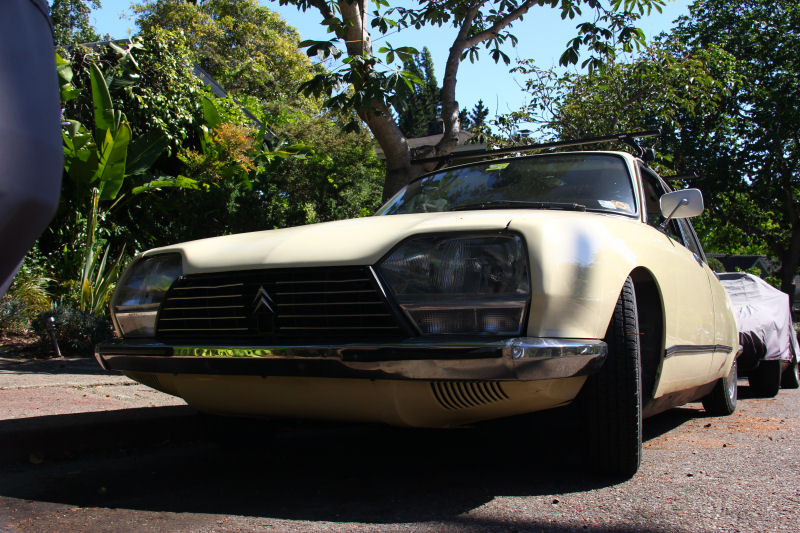 I would have liked to shoot this car again in better light. I'm not sure I'll ever get the chance. It's a curiosity on American roads for sure, and certainly odd enough to be a proper Citroën.