Today marks the fourth day of the fabled countdown to Christmas.

On the fourth day of Christmas my archive gave to thee:
Ford Thunderbird,
Beige French shed,
Tuned Chevy LUV,
and a Park Lane down on the street. 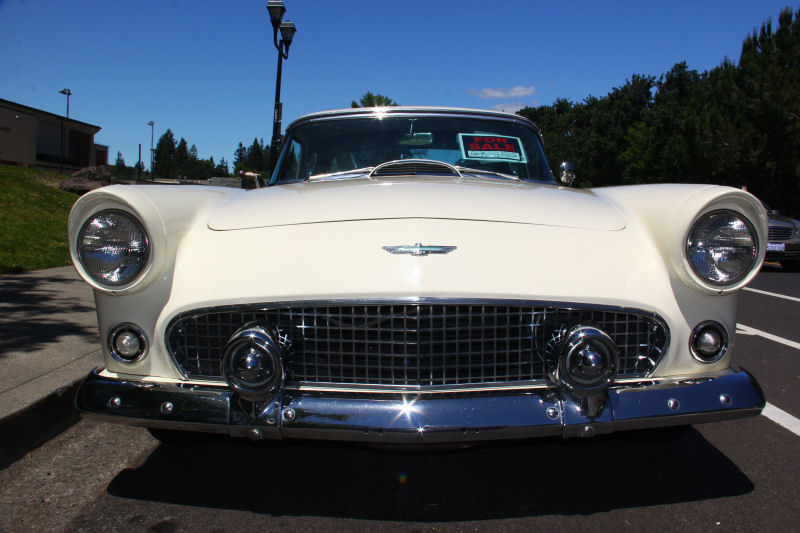 Isn't she sweet. We've taken a look at a few early Thunderbirds on California Streets and this is the second '56 to appear here. My area has a lot of these cars, with an entire club chapter bringing T-Birds to local car shows year after year. This one appeared near the high school on a weekend, as cars for sale often do in Danville. I've come across an awful lot of Danville street sightings there. 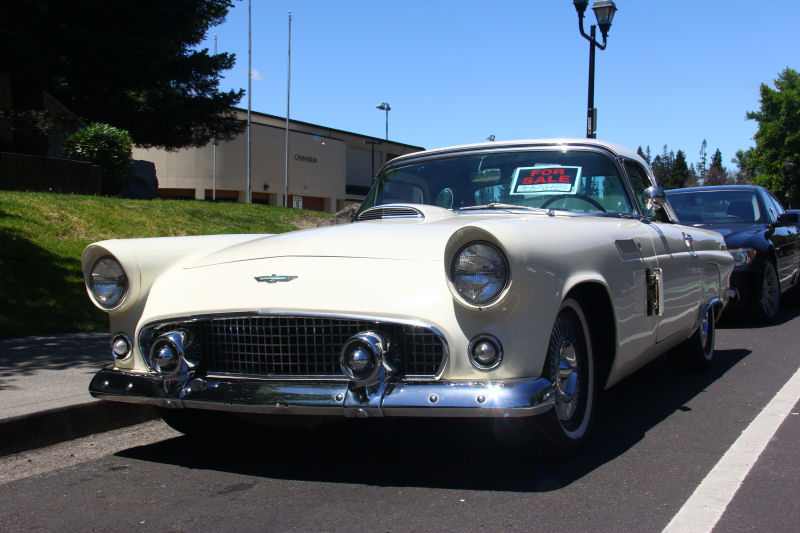 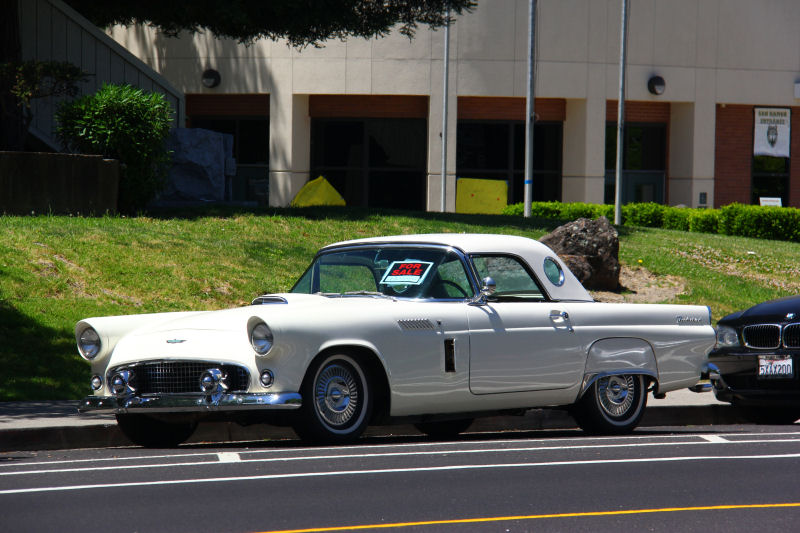 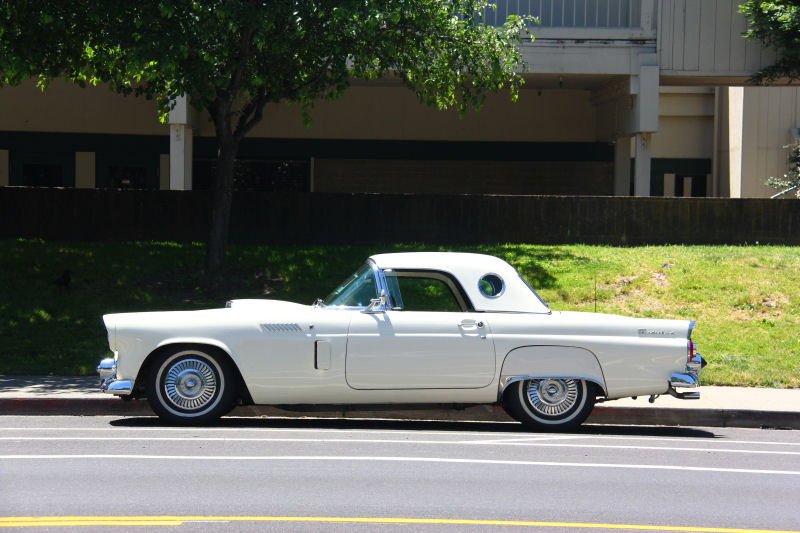 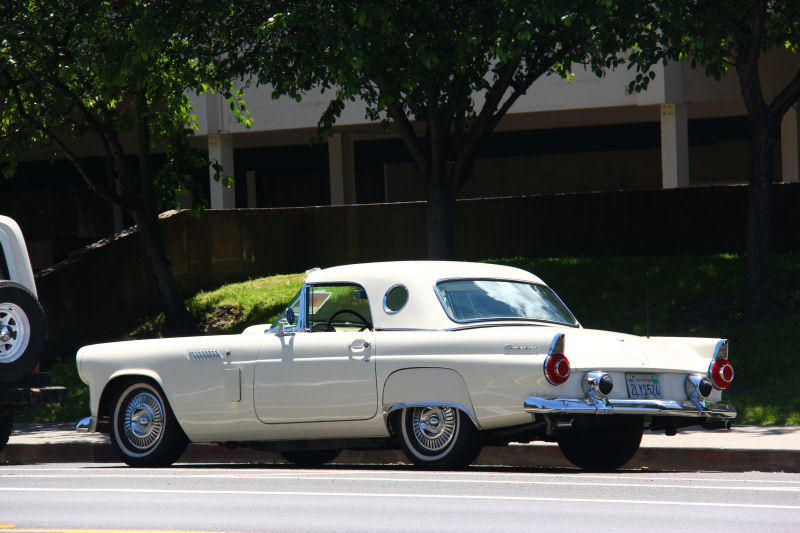 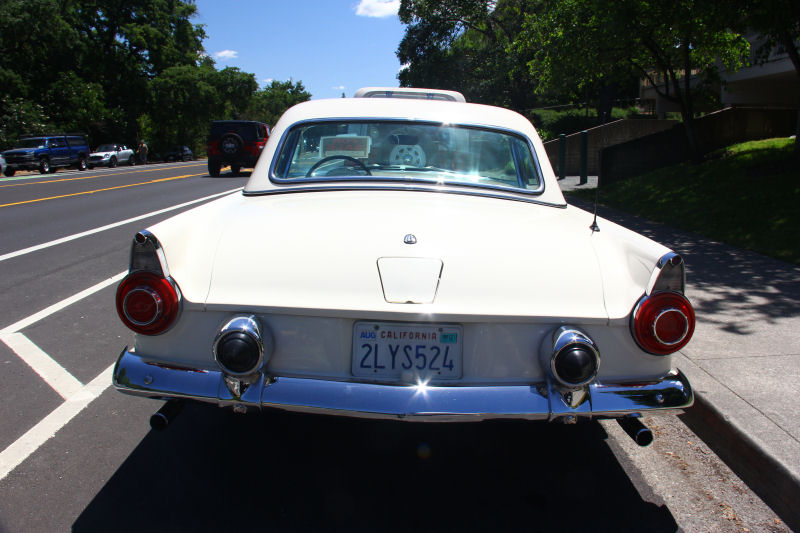 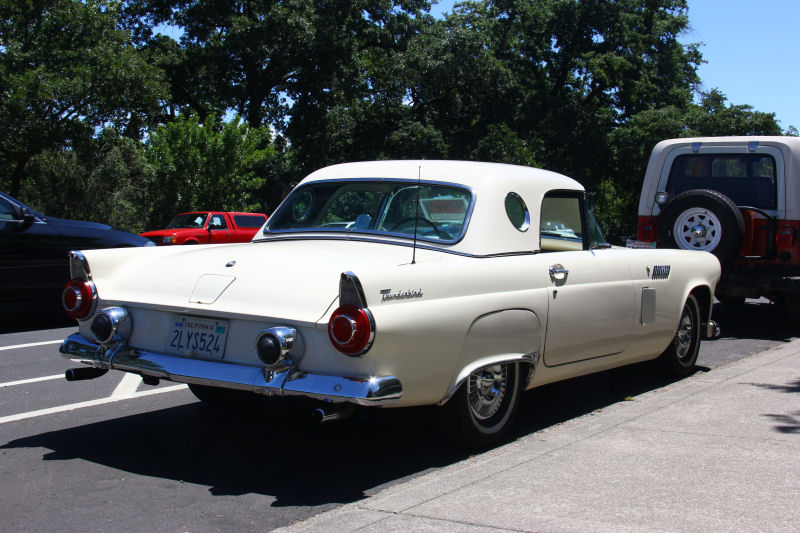 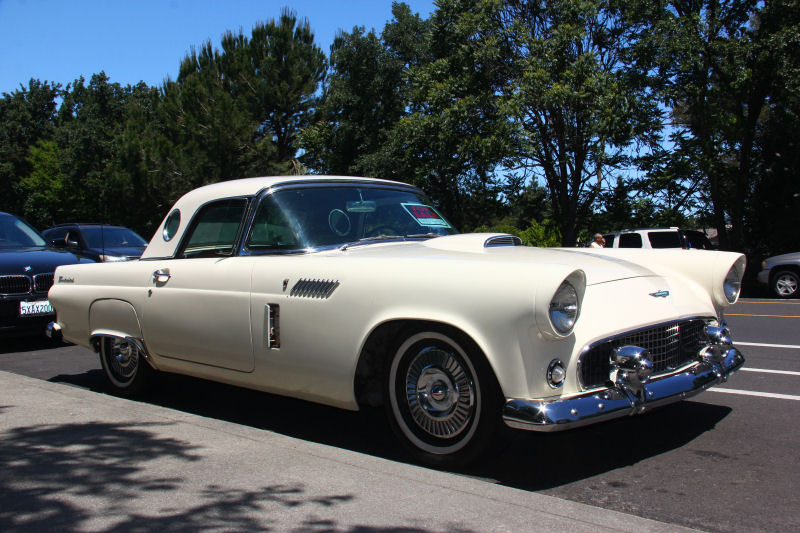 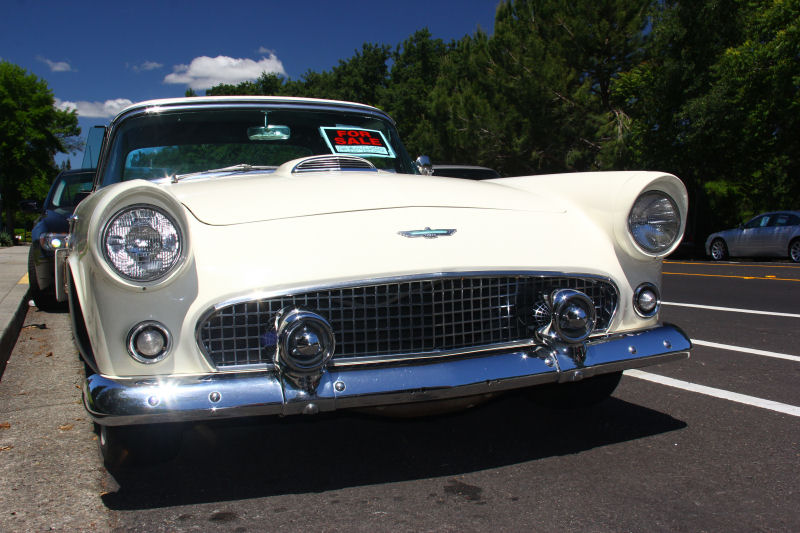 This Colonial White T-Bird, complete with porthole-windowed removable hardtop and fender skirts, is a very clean example of the breed. It is identifiable as a 1956 model by the fender vent doors. Unusually, the rear bumper is not a stock '56 item. It appears to be a '55 piece with the factory exhaust outlets blocked off with rubber Dagmar bumpers. A factory '56 bumper has oval exhaust ports at the corners, whereas this one eschews both '55-56 exhausts for conventional tailpipes routed underneath the car. It appears that the popular "Continental kit" spare tire holder would have been a factory item this year, but this car doesn't have one. Thunderbirds came with either a 292 or 312 cubic inch Y-block V8 engine. I'm not certain which one powers this car but it looks like it has the Fordomatic auto transmission. These cars could be had with power seats and a telescoping steering column, commonplace items today but quite fancy back then. Note the air conditioning unit under the dash and upgraded stereo with CD player. It really looks like someone has gone through this car inside and out and taken care of it. 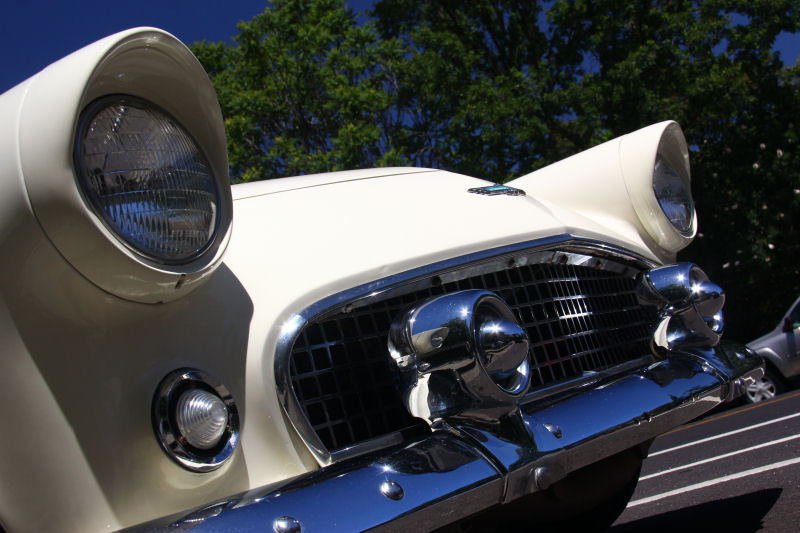 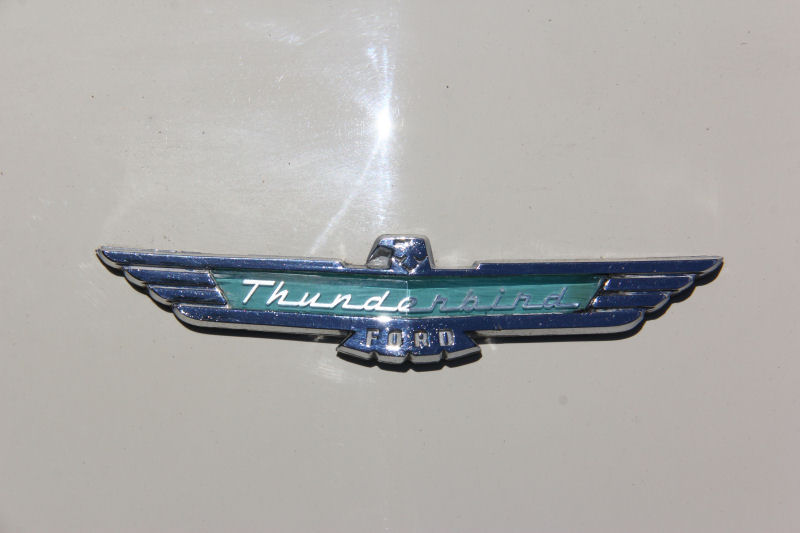 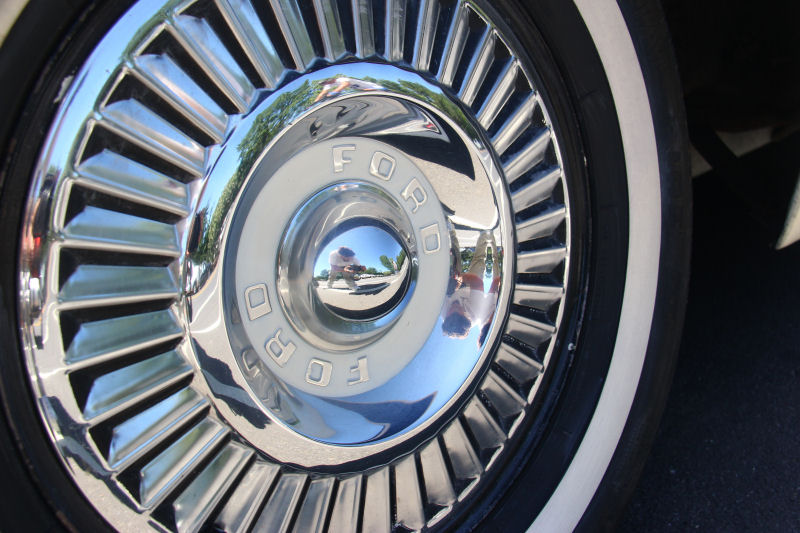 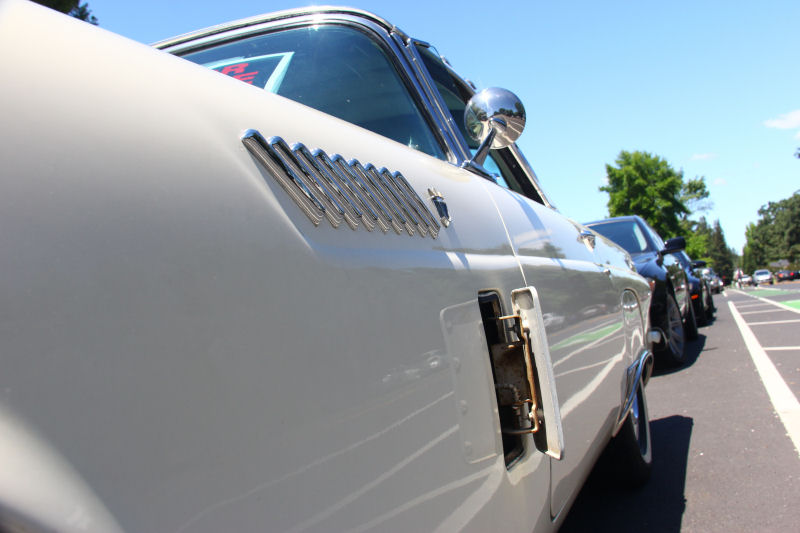 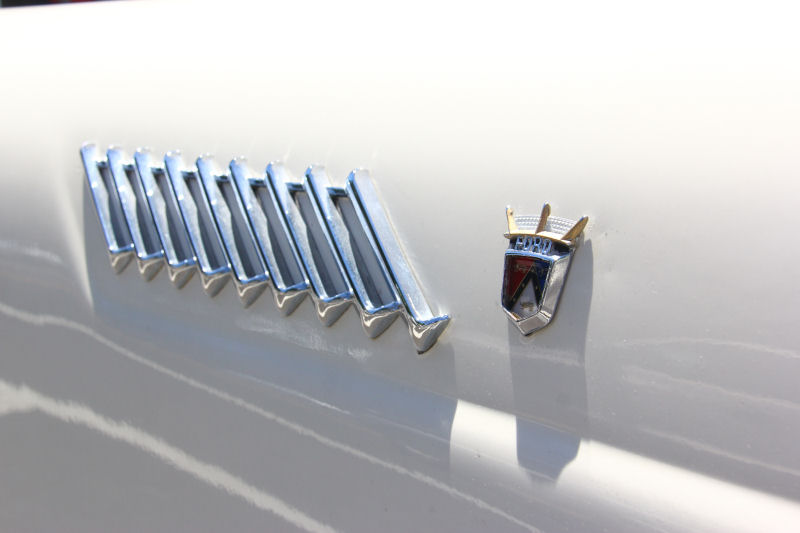 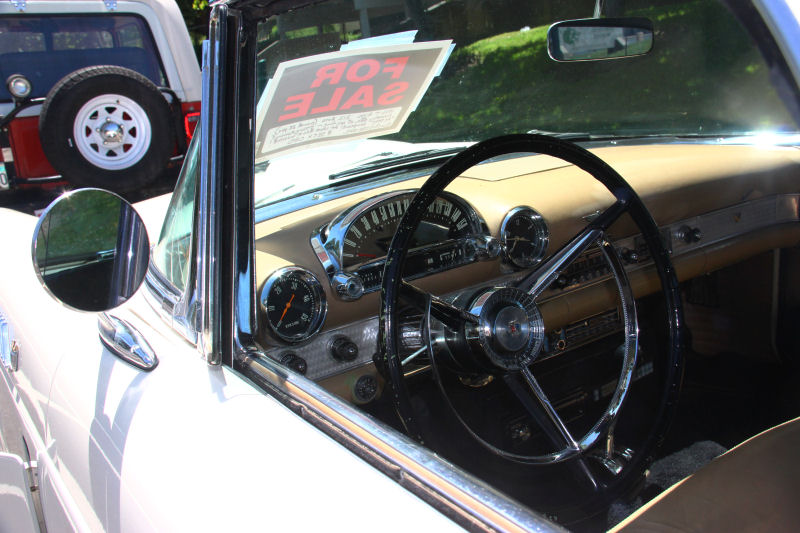 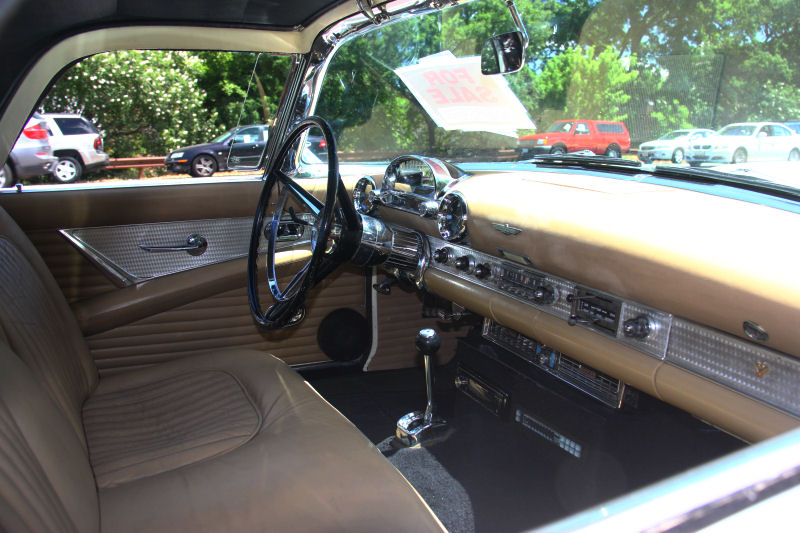