Today marks the ninth day of the fabled countdown to Christmas. 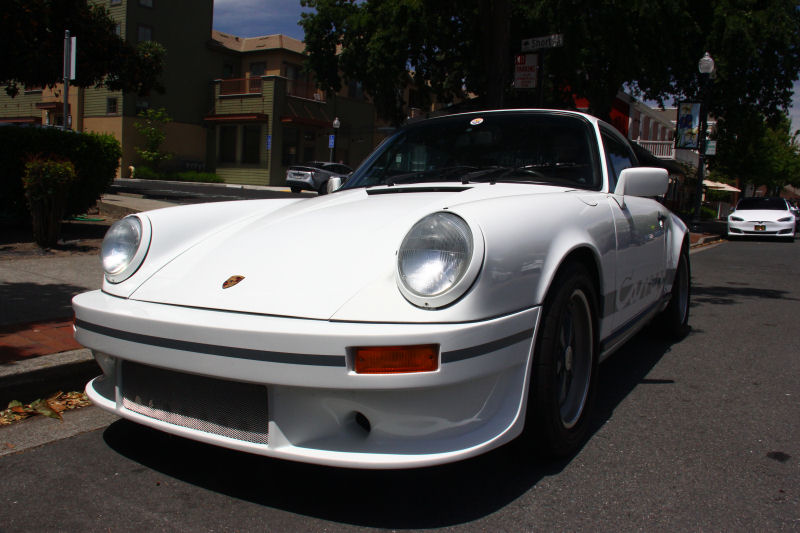 Okay, okay. I know what "stancing" is in terms of modern car customization. Stancing refers to making a car sit as low as possible, often either fitting the wheels flush with the arches or tucked under the arches with negative camber. Often this is accomplished through the use of air-ride adjustable suspension, stretched tires and other tricks. This car is not stanced by that definition. I don't care. "Nine-Eleven stancing" more or less rhymes with "Nine ladies dancing", and it is a custom car. Not one of those crazy RAUH-Welt Begriff (RWB) widebody 911s with extreme aero parts but more of a late '80s 911 Carrera that's been dressed up to resemble the classic and very collectible 1973 Carrera RS 2.7. 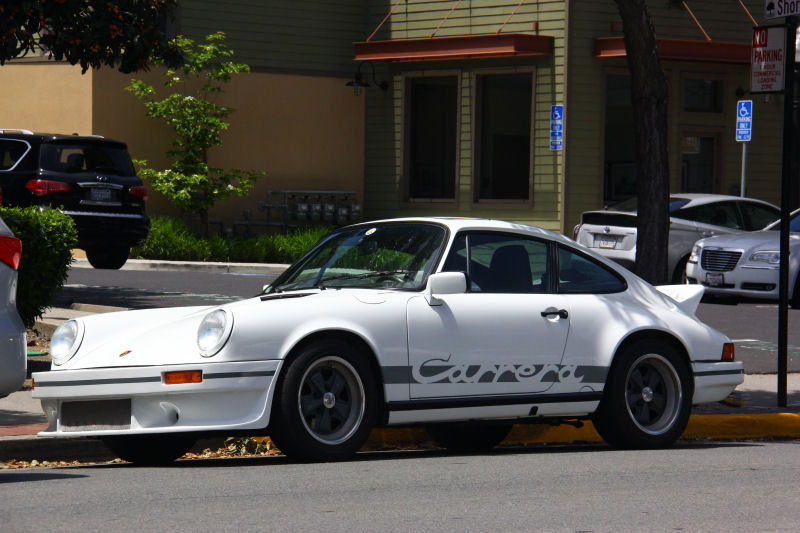 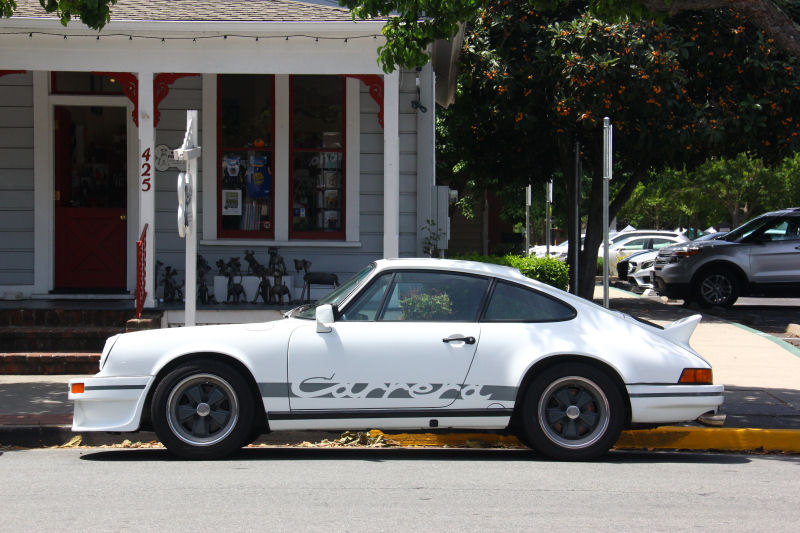 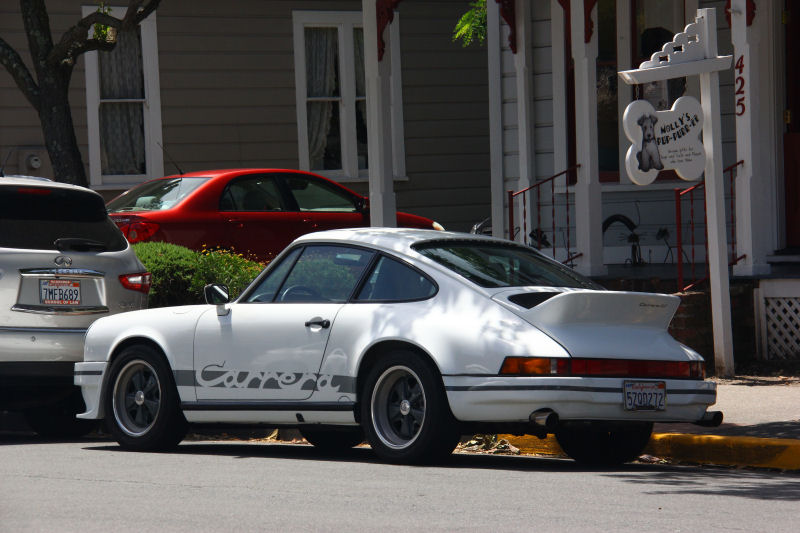 One of the fascinating things about air-cooled 911s is that with enough money and work, you can backdate them, or replace body and interior parts to make the car resemble an older model. As far as I know, some of that stuff just bolts on. Some things need to be massaged, like the fenders which were widened over the years. A lot of things need to be changed on more modern 911s to bring them in line visually with a 1960s or '70s car, and the delicate bumpers are just the beginning if you plan to go all the way. People swap out the mirrors, door handles, window trim, headlights, taillights, front hood, nearly every body panel but the doors.

This owner appears to have opted for a simpler approach, applying an RS-style ducktail spoiler and a front air dam reminiscent of a 911 RSR. It's painted like the '73 Carrera RS complete with RS lettering on the spoiler and painted bumper stripes. Instead of a trademark RS color like bright green or orange with black trim, the owner chose a subtle white over gray combination with color-matched Fuchs wheels with a bright lip. I think it works pretty well. 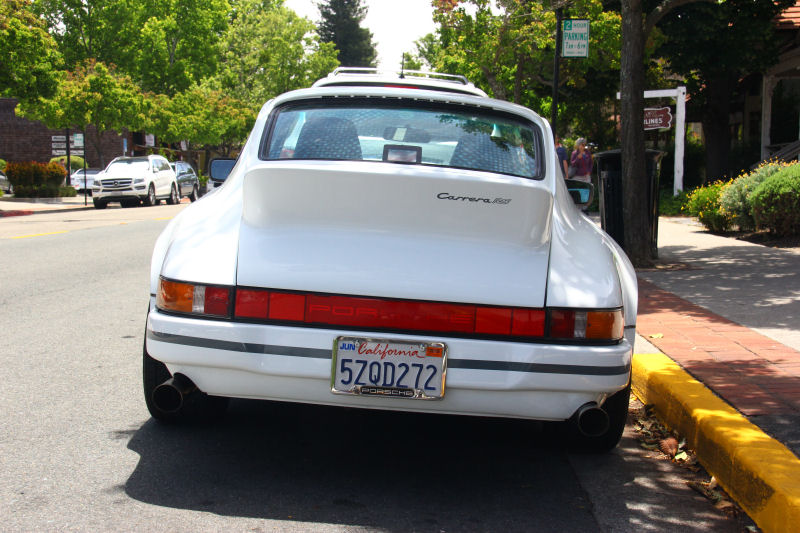 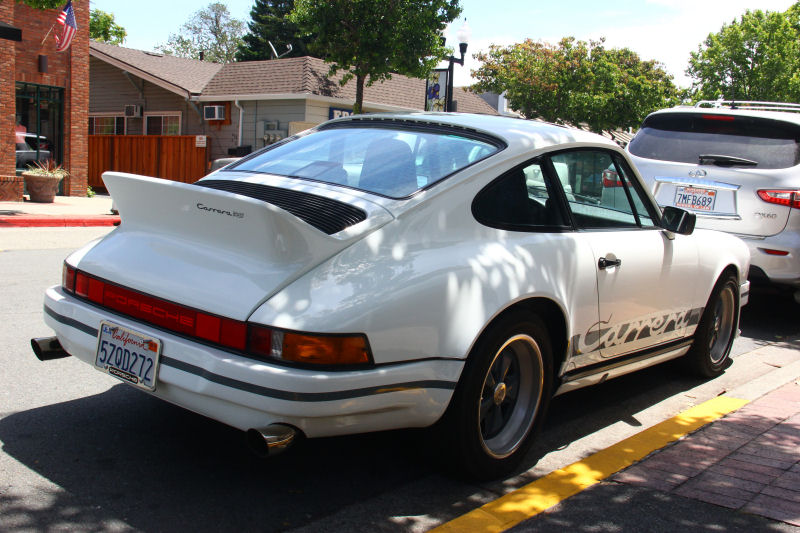 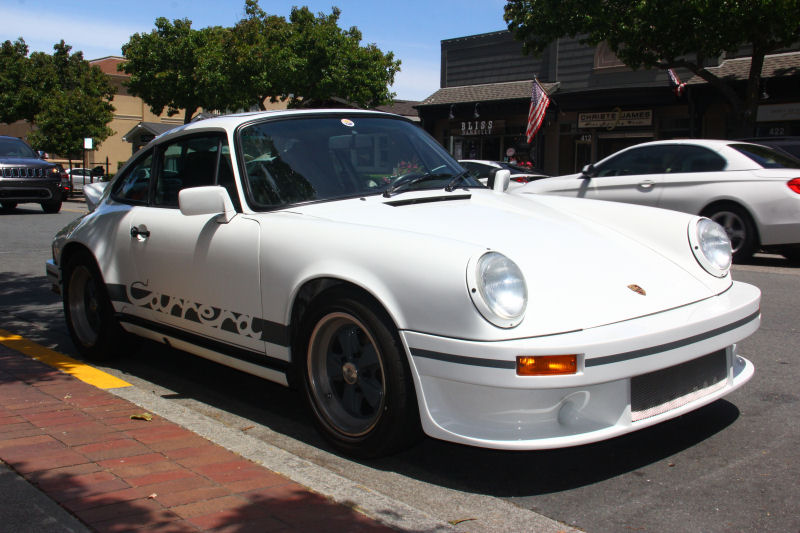 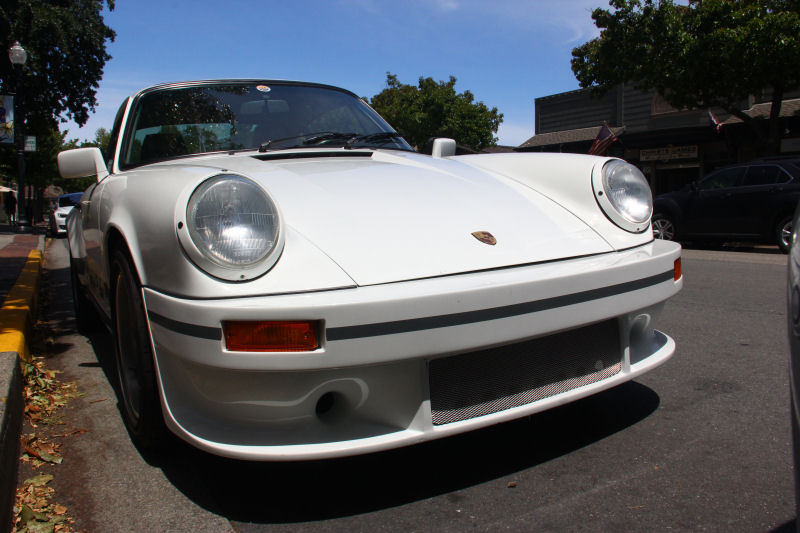 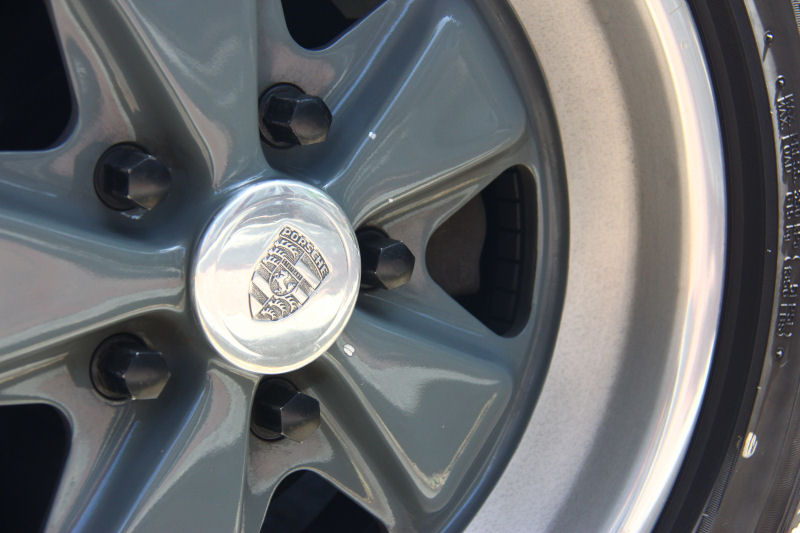 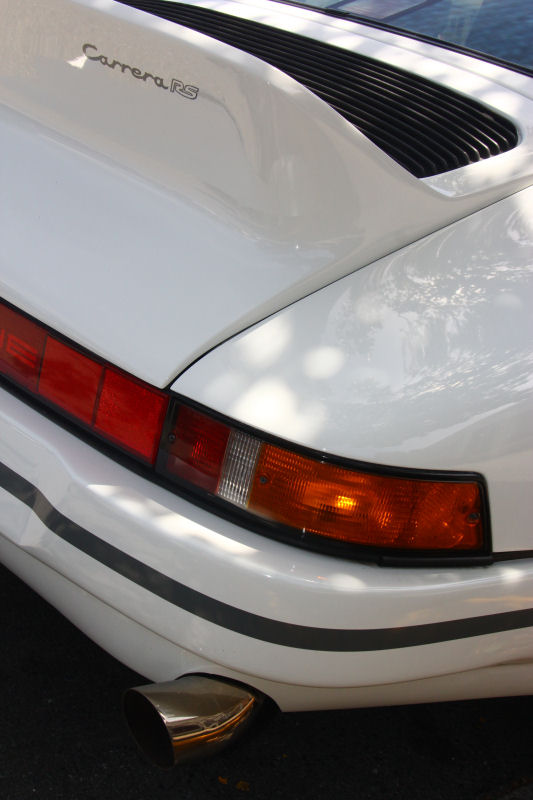 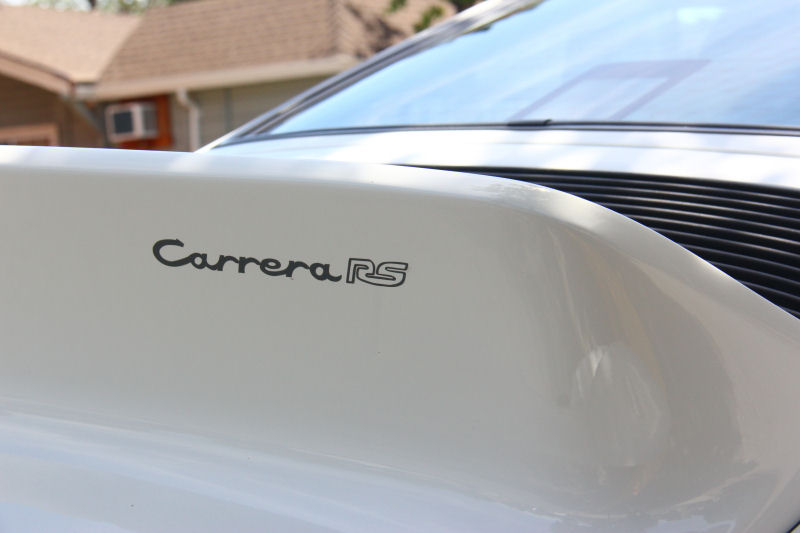 I'm not the most astute Porsche aficionado so I admit I was fooled in the moment. It takes rather a lot to get me to pull out my camera and shoot a 911. Living in the Bay Area like I do, the place is loaded with them. And being California, even older ones are pretty common. This one was special enough to me that it made the cut. And given that actual Carrera RS 2.7s are extremely scarce and go for well over half a million dollars, a person can't be faulted for wanting to replicate the look at a much, much lower price point.

Photographed June 2018
Posted by Jay Wollenweber at 12:00 AM