Today marks the fifth day of the fabled countdown to Christmas.

On the fifth day of Christmas my archive gave to thee:
Fine Nomad bling,
Ford Thunderbird,
Beige French shed,
Tuned Chevy LUV,
and a Park Lane down on the street. 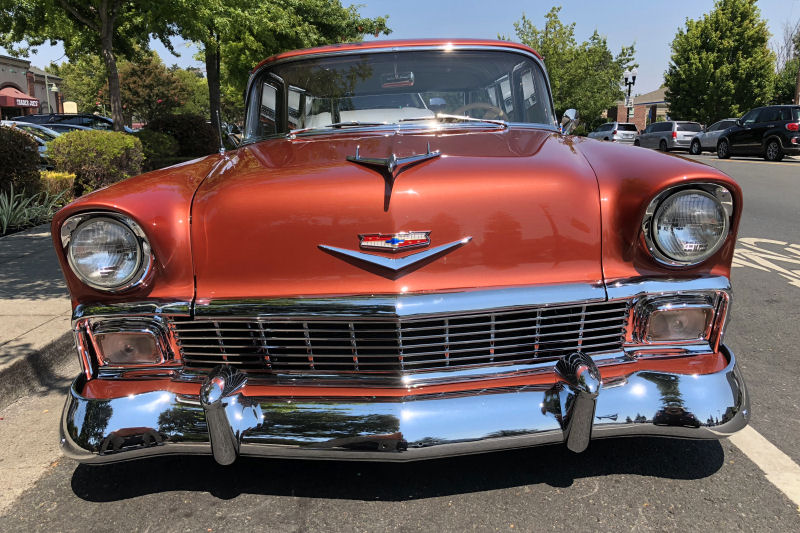 Honestly the 1955-57 Chevy is my go-to car to feature when I'm lazy and don't feel like writing. Don't get me wrong, they're great cars and very collectible, with classic looks and plenty of potential for upgrades. But even as I type this I find myself feeling like I'm restating what I said in my previous several Tri-Five Chevy posts. However. This is the first Nomad wagon here on California Streets, and that makes it notable. 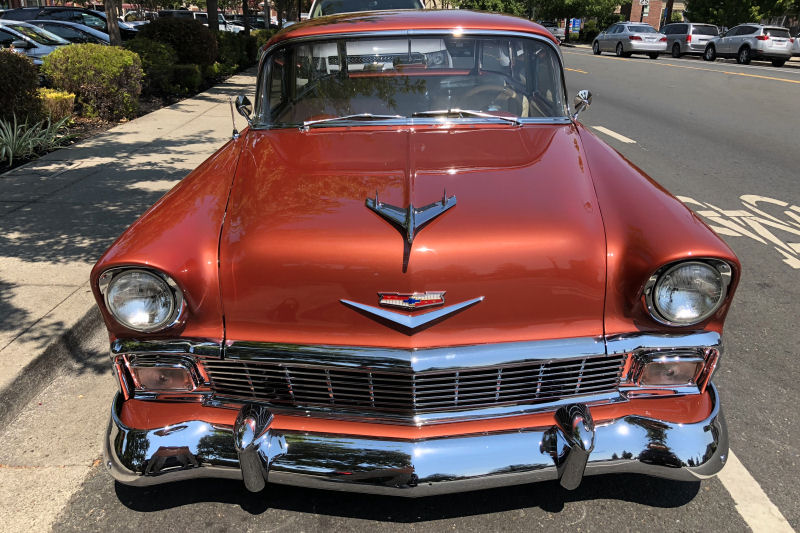 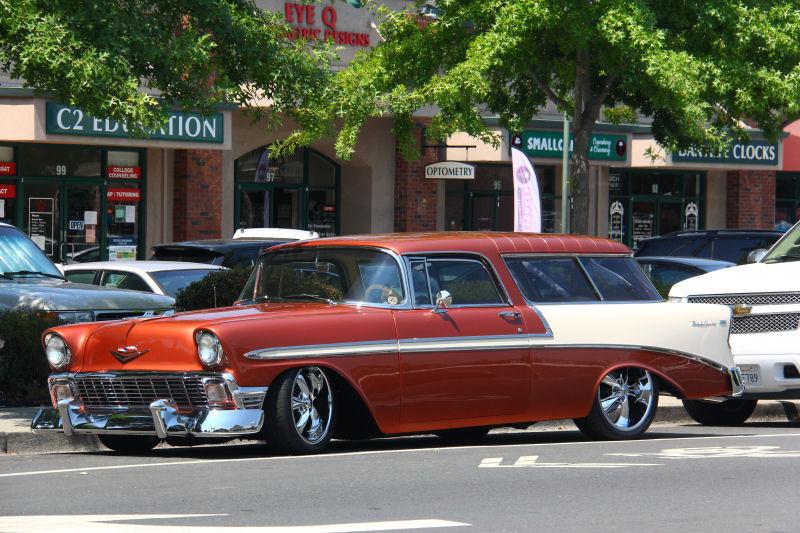 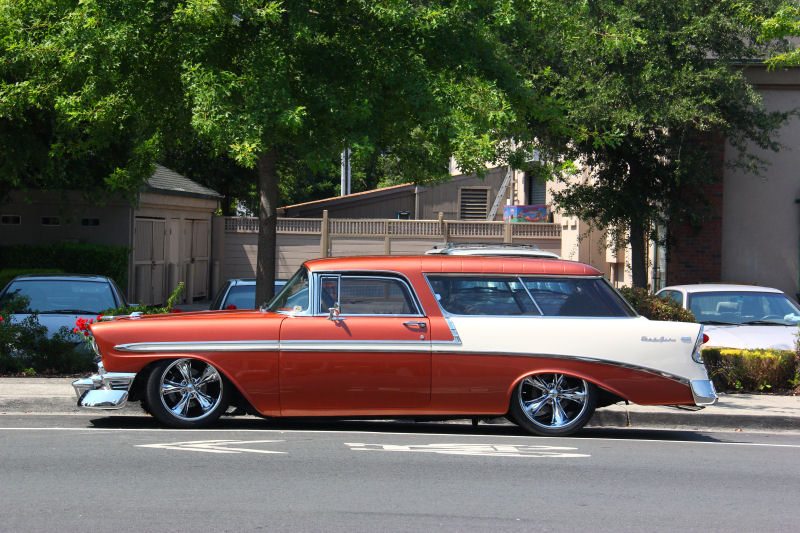 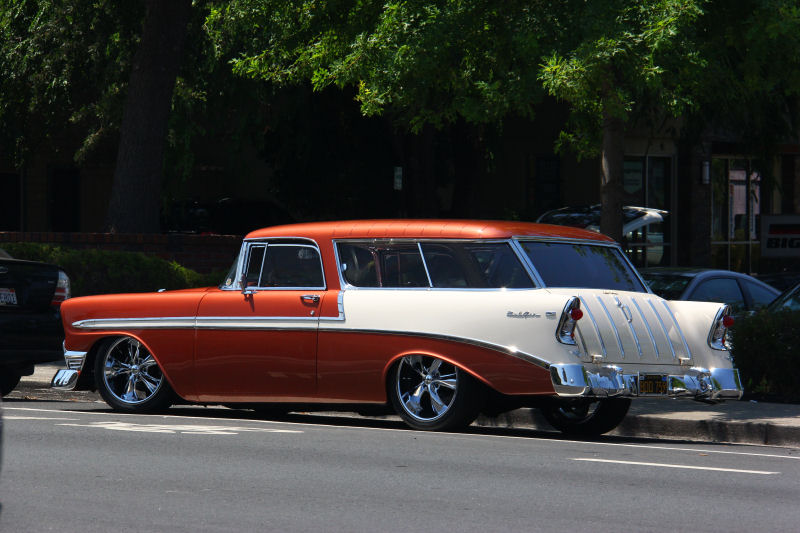 The Chevy Nomad first came to be in 1954, when GM created a few Corvette sport wagon prototypes for the Motorama show circuit. The cars had the front clip of a Corvette and a two-door station wagon body with very clean detailing and a forward rake to all of the roof pillars from the B-pillar back. The rear tailgate was also slanted forward and featured several decorative stainless steel ribs.

The Corvette Nomad never saw production, however a more conventional version based on the regular Chevrolet Bel Air was made available for 1955. The Nomad was given all the accoutrements of the top trim Bel Air including "Bel Air" badging and the 265 cubic inch small block V8. For 1956 the Nomad's styling was brought in line with the Bel Air and featured more flamboyant chrome side decoration than before. A variety of two-tone paint schemes were offered, including Sierra Gold and Adobe Beige as seen here. Of course, the big chrome Chip Foose rims wouldn't come along for many years. But yes, this is some fine golden bling. 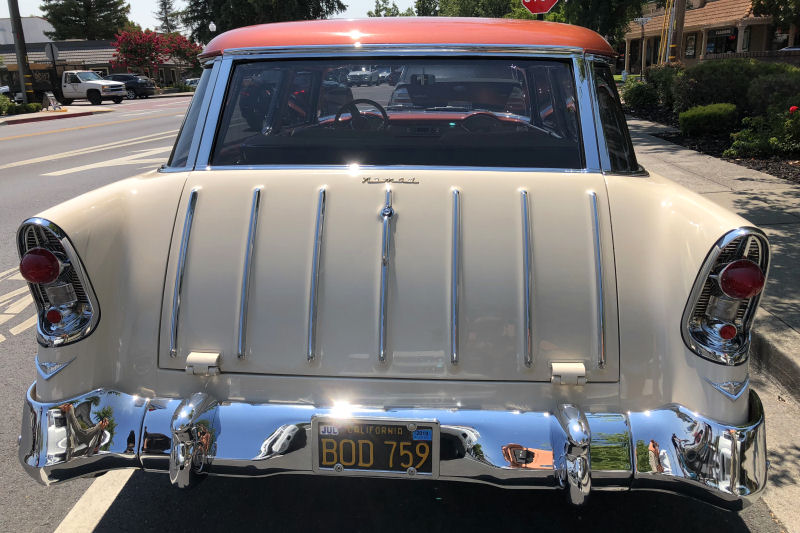 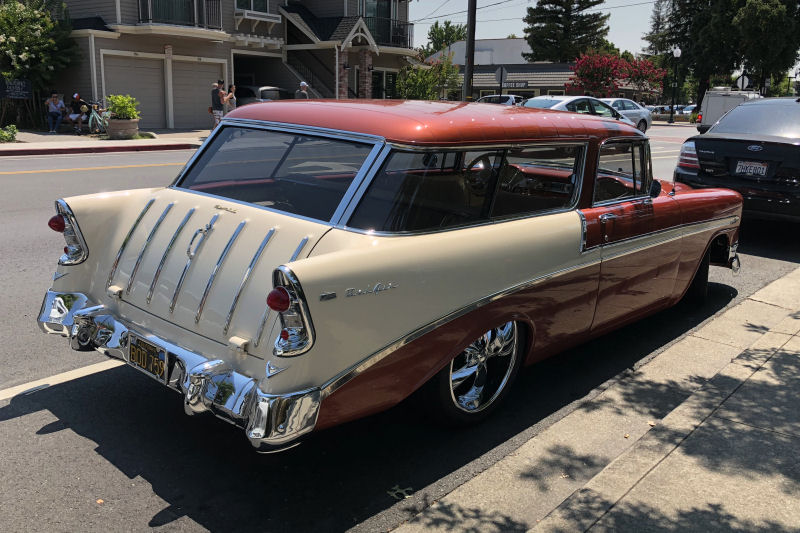 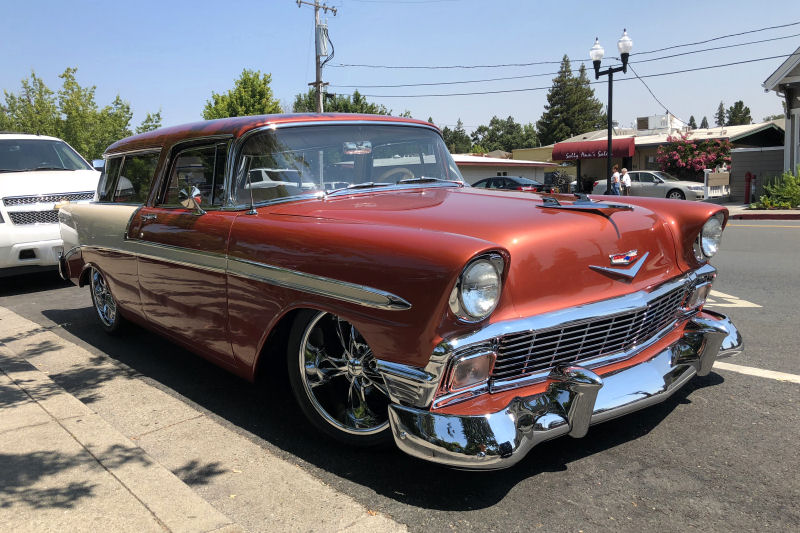 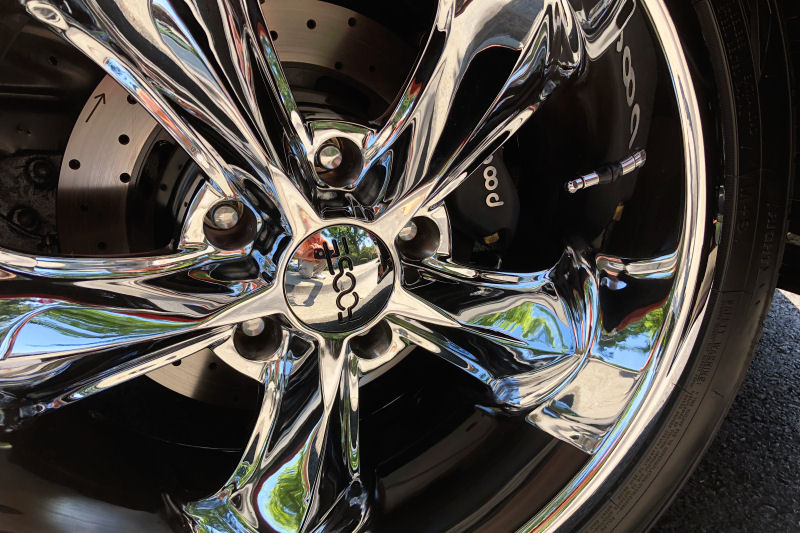 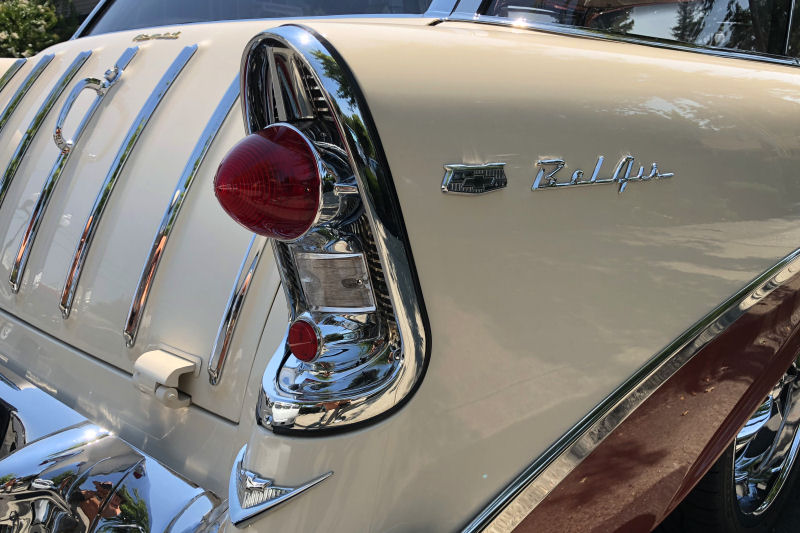 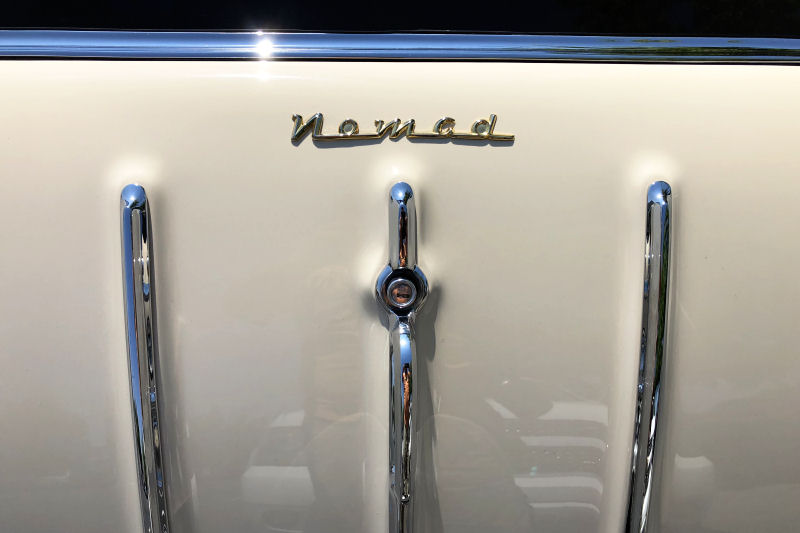 And for the Bel Air fans here, it's always fun when another one drives by while you're shooting the first one, eh? 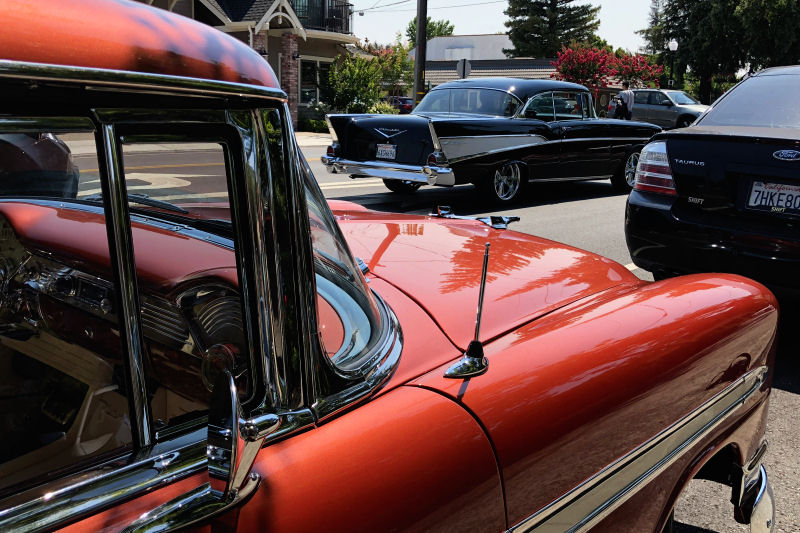 Photographed July 2018
Posted by Jay Wollenweber at 12:00 AM