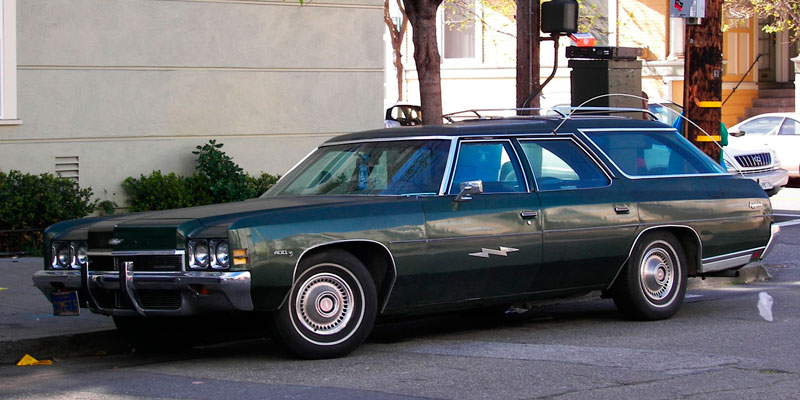 Many Americans have fond (or perhaps not so fond) memories of family road trips in a big station wagon. The Family Truckster has since given way to the SUV, but some folks still hold on to their big old wagons. This 1972 Chevy Kingswood Estate Wagon is a prime example of a fixture of yesteryear still lurking on the streets in the 21st century. And in eco-centric San Francisco, no less! 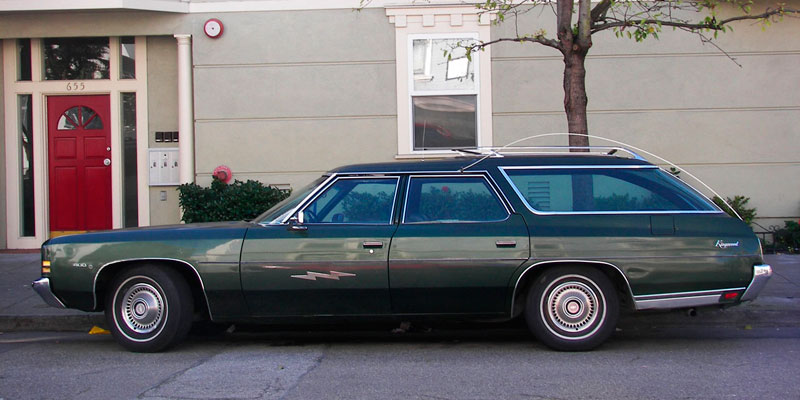 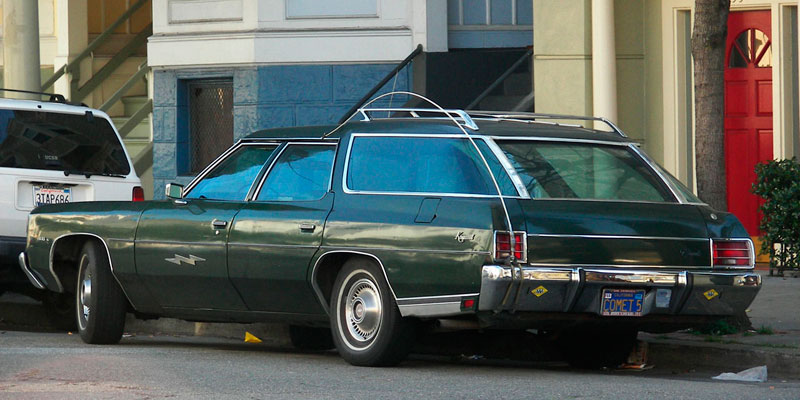 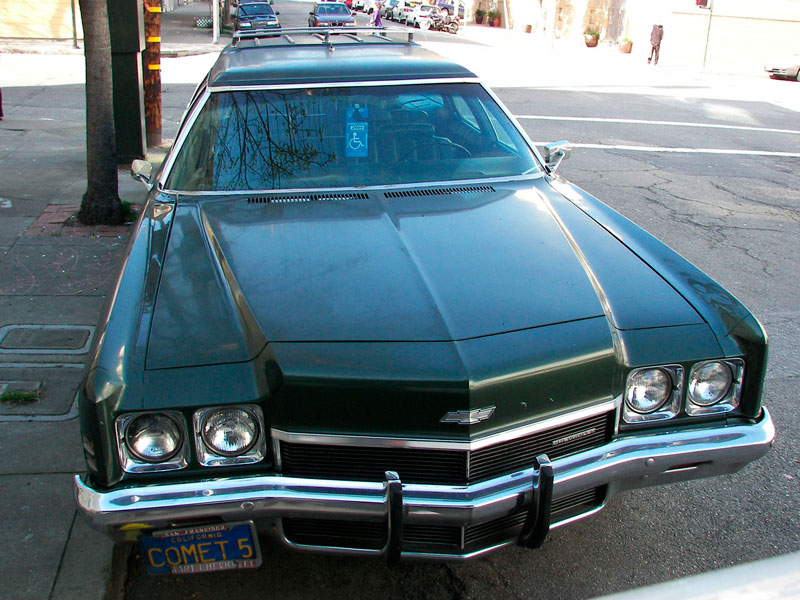 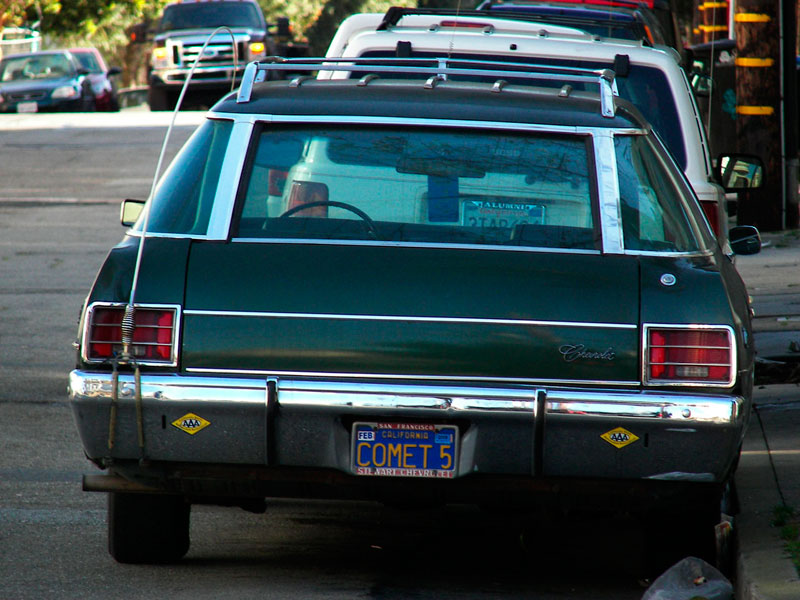 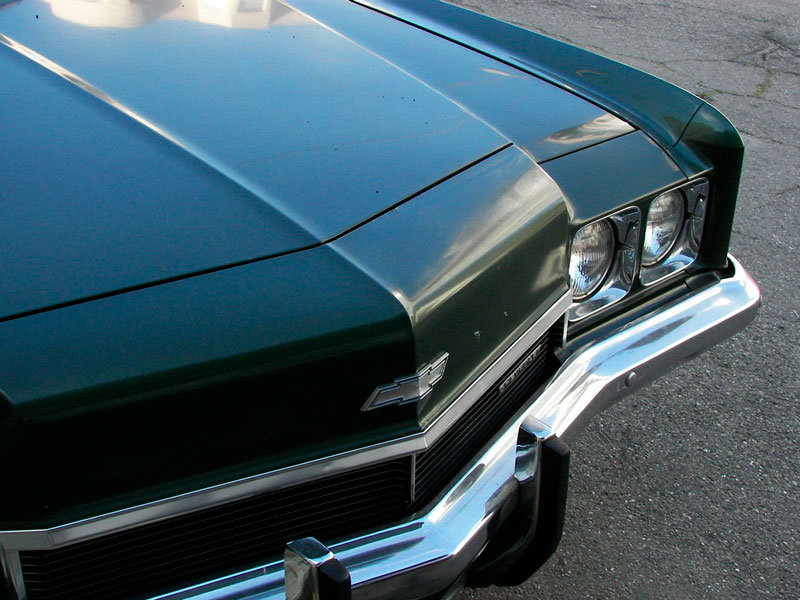 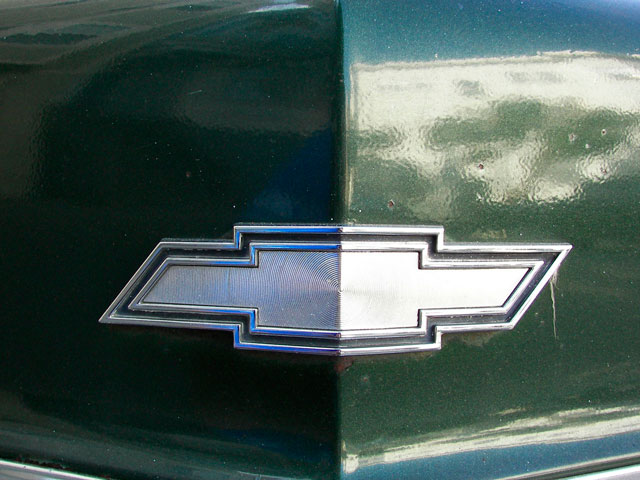 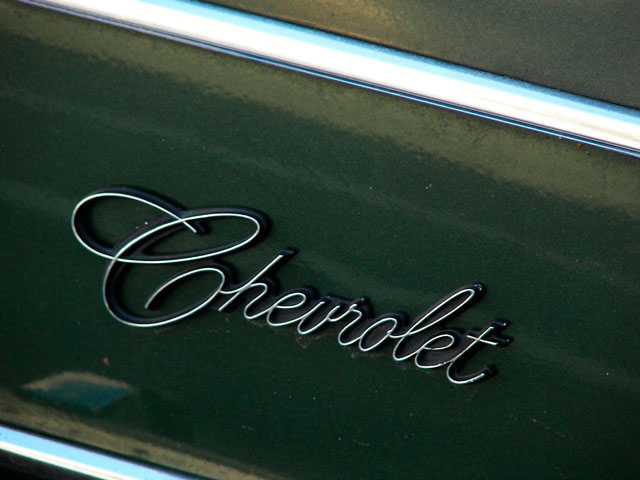 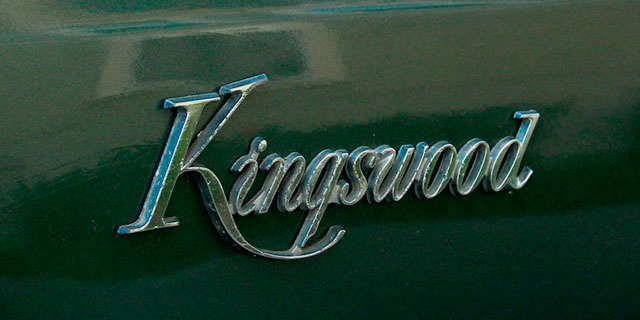 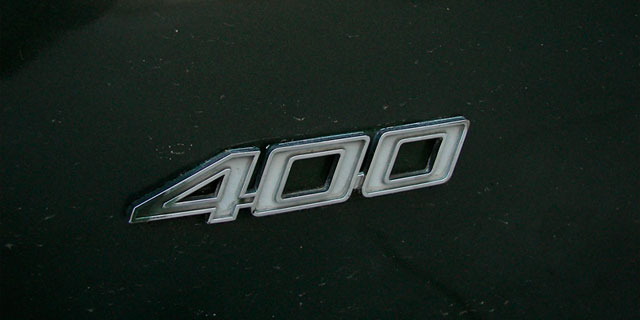 The Kingswood was the top-level full-size wagon in the Chevy lineup, comparable to the Caprice in luxury features and price. It rode on a 125-inch wheelbase and was huge in all dimensions. The Kingswood and its platform mates were the biggest wagons General Motors had ever produced in terms of cargo capacity. It had 106 cubic feet of space between the front seats and the rear tailgate, enough room to carry a 4-by-8-foot sheet of plywood with the back seat folded down -- and that's with the tailgate closed. With an optional rear-facing third row seat, the Kingswood could seat up to eight passengers.
The Kingswood came standard with a 400 cubic inch big block V8 engine routed through a single exhaust pipe. In 1972 that engine barely produced 200 horsepower, if even that much. One of the wagon's more novel features was a "clamshell" tailgate that, unlike many wagons with side-hinged door-type tailgates, hinged down and then disappeared into the body.
This wagon wears a deep metallic green which, like many old cars in urban areas, appears to have been sprayed by Earl Schieb. It's as if everyone either has about $199 to spend on paint, or they just don't care about a nice paint job. Unfortunately, there's little incentive to drop $3,000 on paint when dents and scratches are inevitable on the mean streets of the city. The body of this big old battleship is pretty straight and doesn't suffer from visible structural rust or body damage. A couple of custom touches that left me amused or puzzled are the whip antenna and the little metal lightning bolts on the doors. From what I can see, the interior looks remarkably nice for its age. The vinyl seats have either been replaced or are exceptionally well looked after.
Big wagons like this are popular with demolition derby racers, so they're becoming much less common now. They are thirsty and hard to park. So why drive a '72 Kingswood in San Francisco instead of buying something newer?
How many new cars, or even the biggest SUVs (pickups don't count), can carry a 4x8 sheet of plywood with the tailgate closed?

Exactly.
Posted by Jay Wollenweber at 1:54 AM