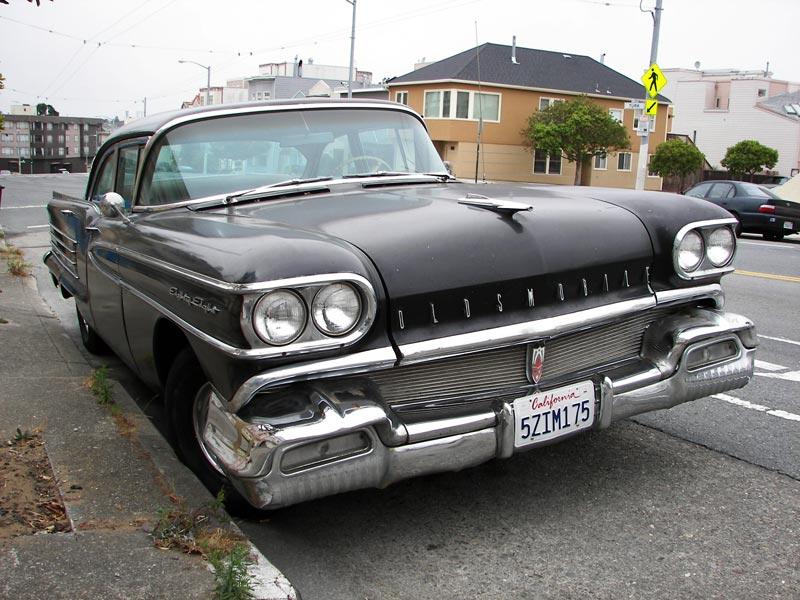 1958 was an odd year for the automobile industry. Throughout the fifties, fins were in, chrome was the norm and bigger was better. But in 1958 something was different: quad headlights. Some cars wore them well (DeSoto), and some did not (Studebaker). Some have criticized the 1958 General Motors lineup of having poor styling compared to the generally good-looking (and only dual-headlight) 1957s. For sure, I wouldn't say that this '58 Oldsmobile 88 is fantastically gorgeous. Far from it. I've never been a big fan of most Olds designs from the '50s (and my favorite '58s are the Chevys and Pontiacs), but personal preferences aside, these cars have their fans. 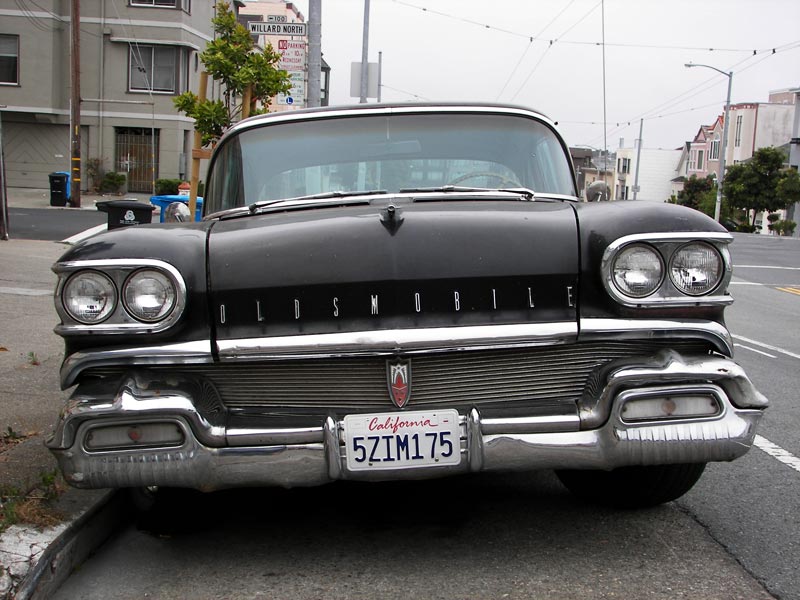 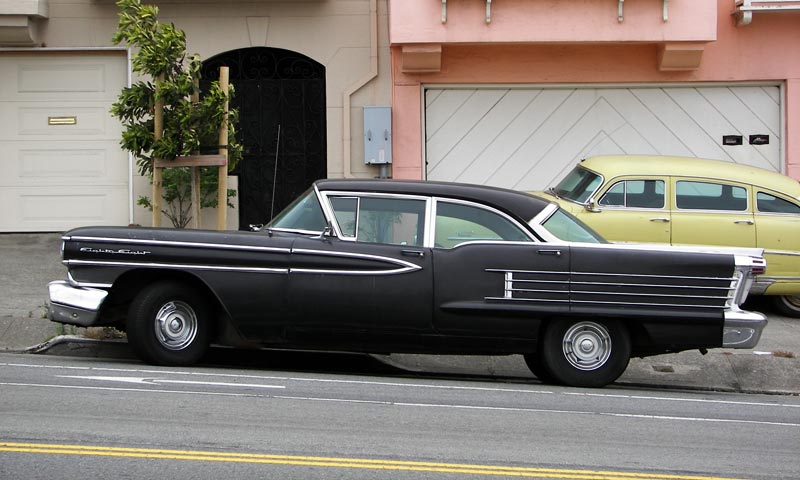 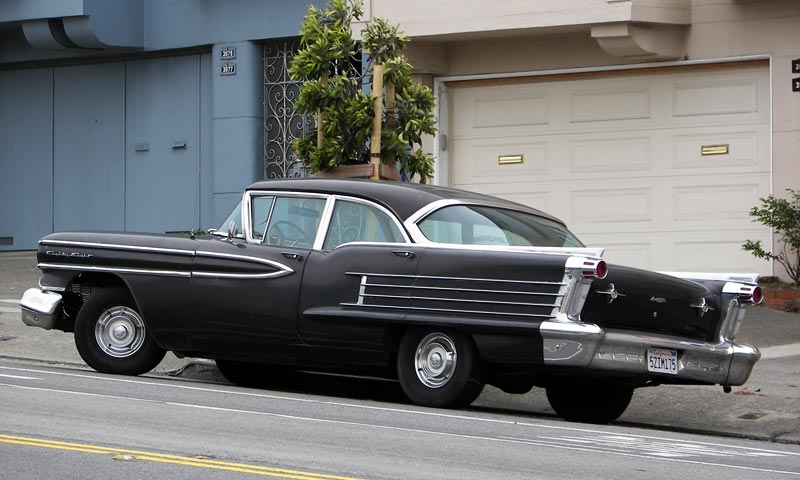 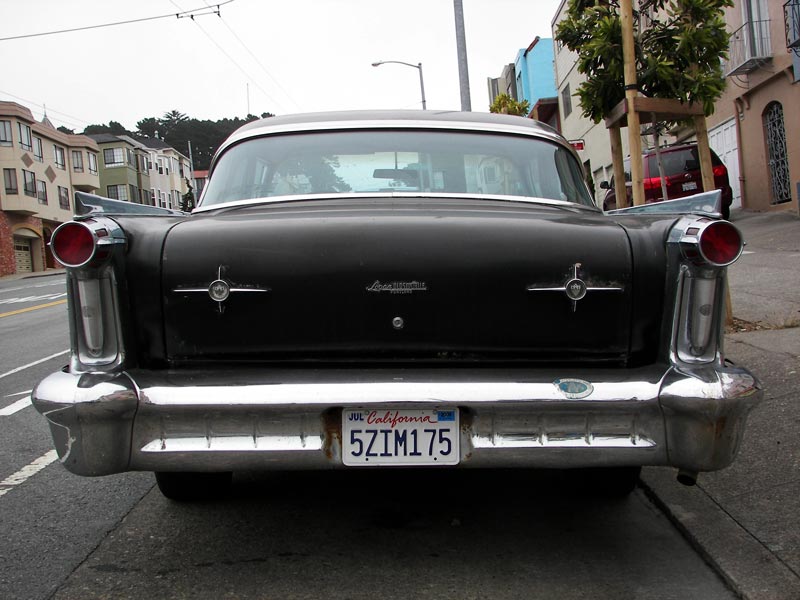 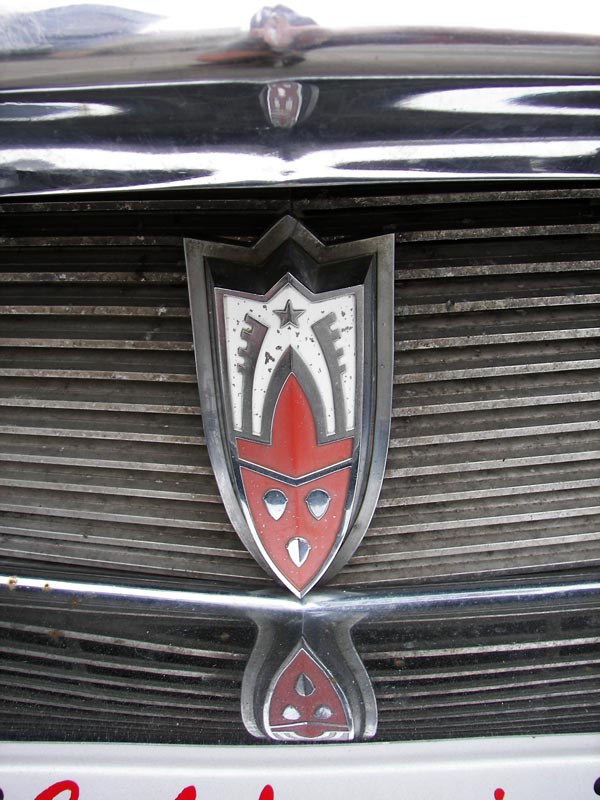 One collector in particular has accumulated several late-'50s American cars on the streets of San Francisco. He seems to specialize in 1958 and 1959 mostly, particularly those models which routinely get passed over by collectors. His are unrestored, daily-driven examples of two- and four-door family cars. This black 1958 Oldsmobile 88 sedan is one such car. It was the first vehicle from his collection that I ever saw parked on the street. It then proceeded to elude me for weeks until I managed to catch it parked in the same spot formerly occupied by a '56 Imperial I had photographed previously. 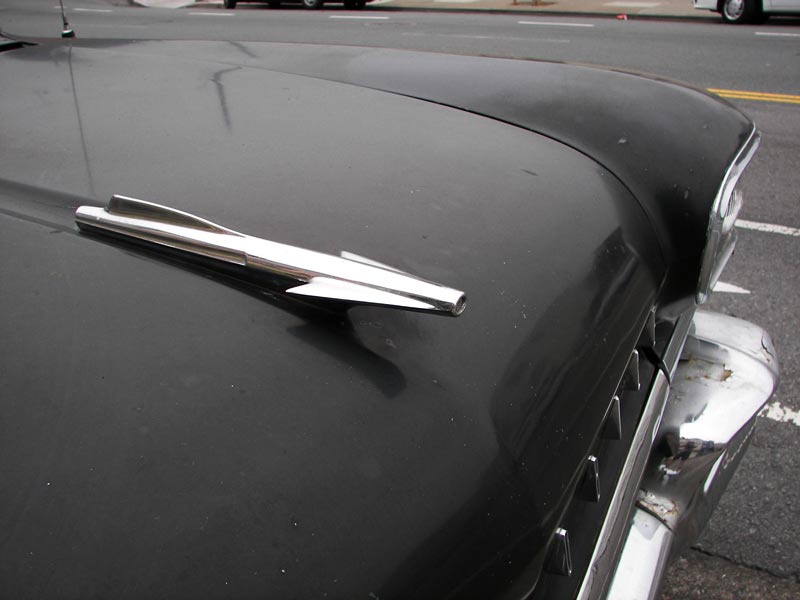 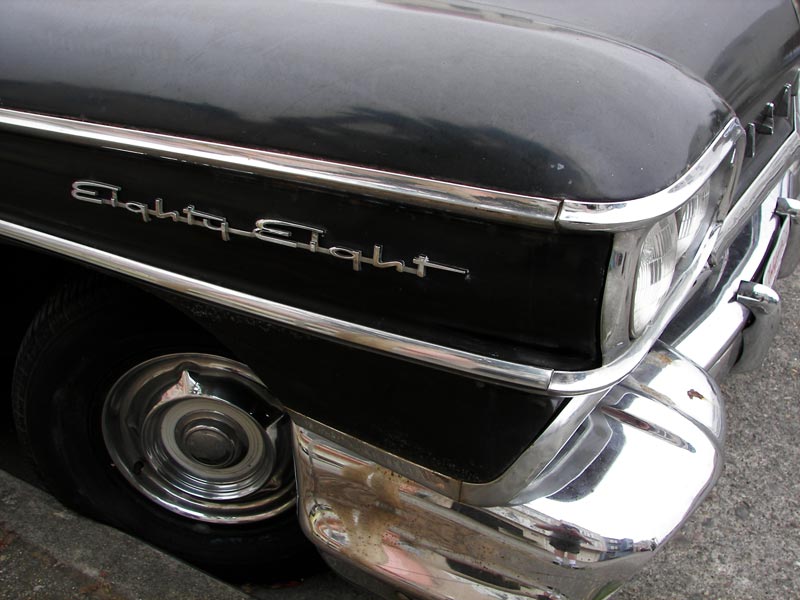 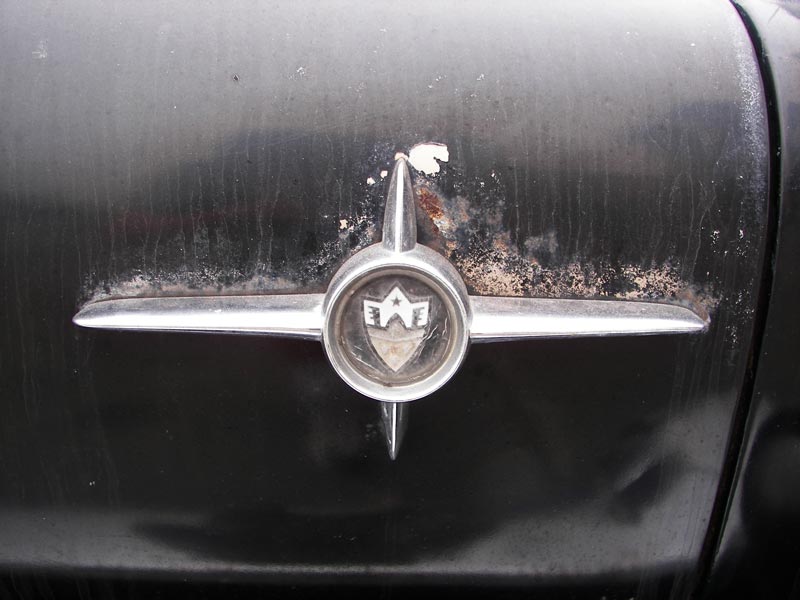 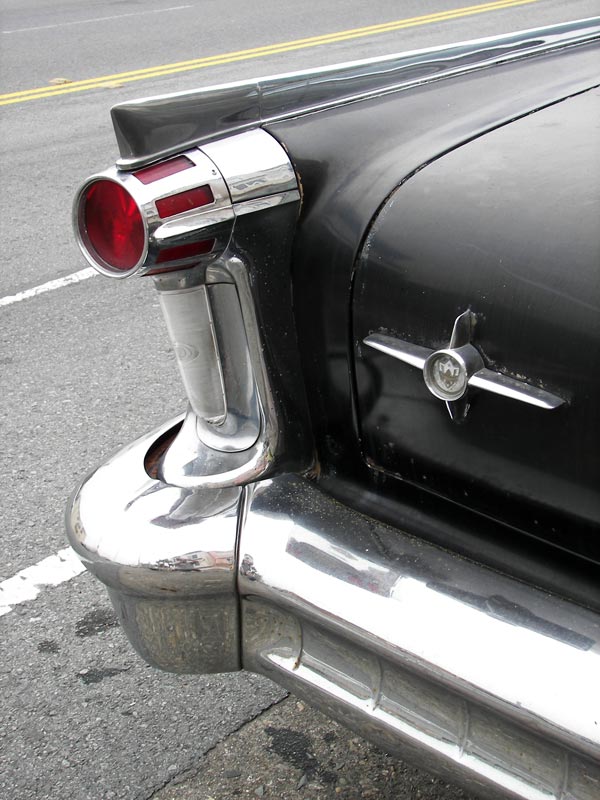 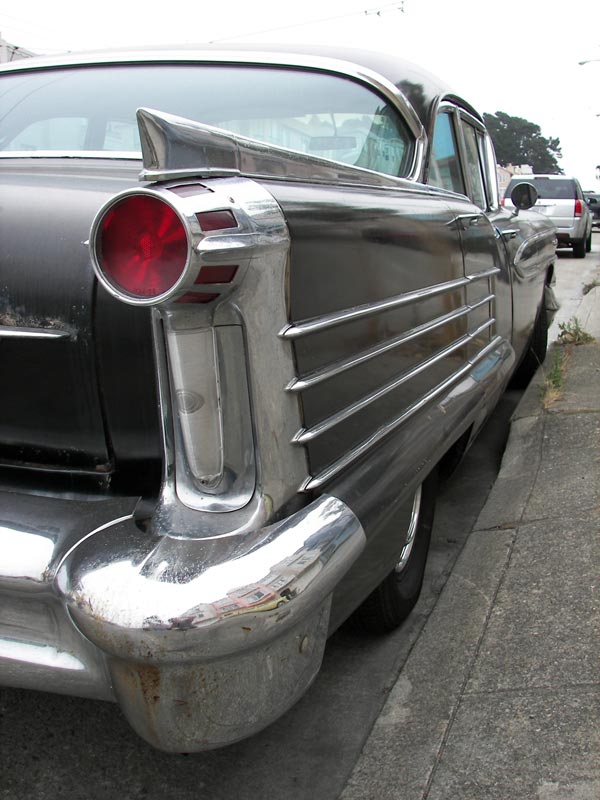 This car features relatively large tail fins and ample chrome trim, perhaps too much in places. Its styling was called the "Mobile Look" in GM jargon, but some called it the "ChromeMobile". It is powered by a 371 cubic inch Rocket V8 engine, though its power output in this particular car is anyone's guess. All 1958 Oldsmobiles were powered by the same engine, but it was detuned on lower models. This car lacks the special chrome trim indicative of a Super 88, so it is likely a base Dynamic 88 with the detuned 265 hp engine.
I can only guess what happened to all the '58 Oldsmobiles, since although they were the fourth-best-selling brand in the US that year, one rarely sees them.
This car has migrated several hundred miles from where it was first purchased new at Logan Oldsmobile in Portland, Oregon. Logan Olds dates back at least to World War II and, while now defunct, the building appears to still exist as a paper products store. It's a story not unlike Oldsmobile itself, a company with a storied past, that fizzled out and disappeared just a few years ago but remains with us in physical form thanks to those who preserve the cars and keep them going.
Posted by Jay Wollenweber at 1:40 AM