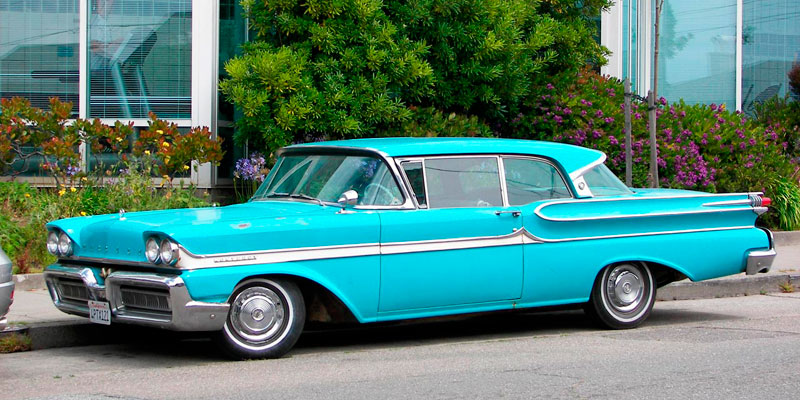 Remember the '58 Oldsmobile post where I mentioned that 1958 was a weird year for the auto industry, whose designs are often criticized for being really strange? This is pretty much the poster child for "ugly" in 1958. Most will disagree with me and point fingers at the new-for-'58 Edsel, but that's too easy. Besides, I like the Edsel. 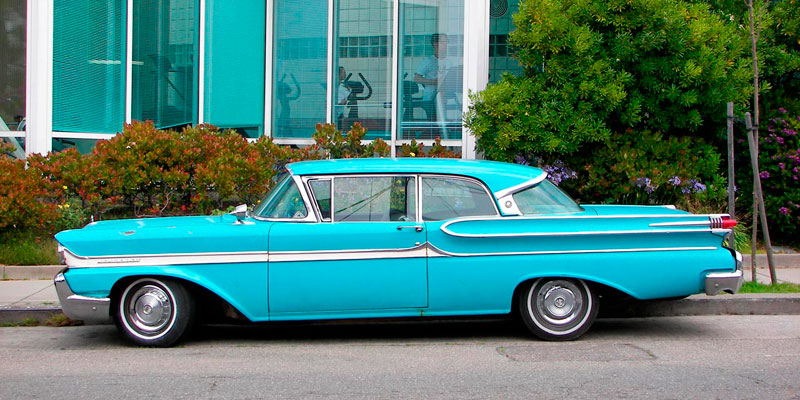 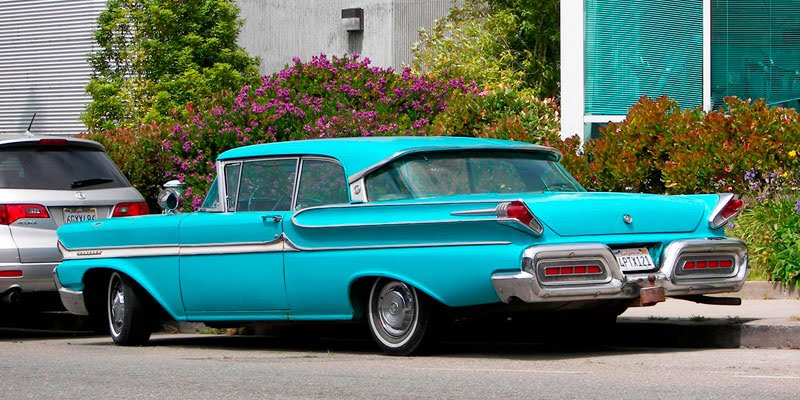 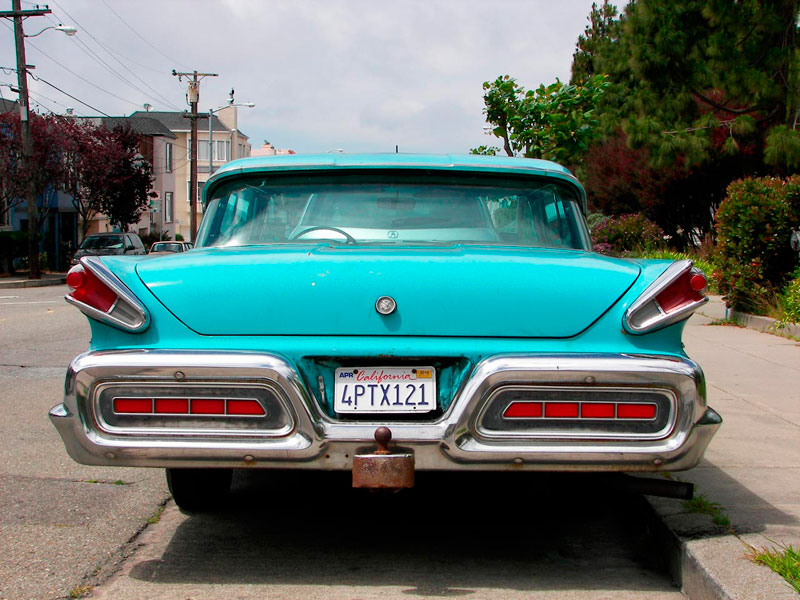 The 1958 Mercury Monterey was a freshened version of the new-for-1957 full-size model, a car which was also rather unusual to behold. One of the things that made the '57 Mercury different was that it took advantage of the government's new headlamp rules, which allowed cars to have four headlights. Only a few brands featured the quad lights in 1957, and those that did often limited the special new lights to their more expensive models. Mercury was no exception, and only certain cars had quad lights (they were optional on many models, and standard on the opulent Turnpike Cruiser). Most of the industry did not catch up until 1958, and some still made quad lights an option for that year. Mercury was one of Ford Motor Company's mid-price brands, so Mercury and Lincoln both received quad lights in 1957 and continued them in '58, when Fords and the all-new Edsels also got them. 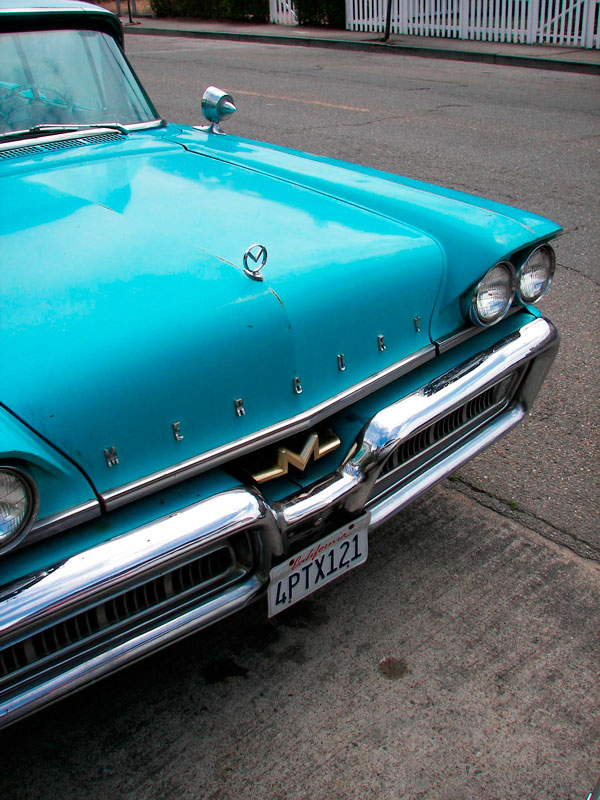 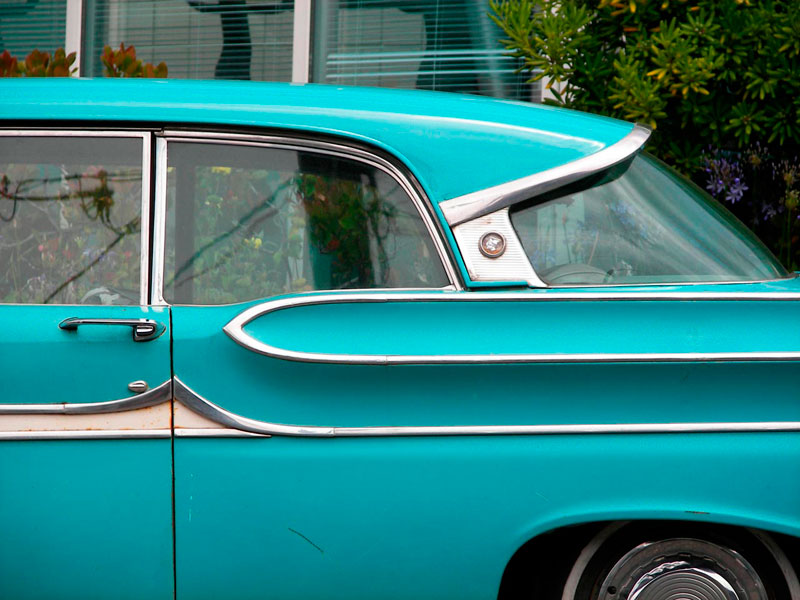 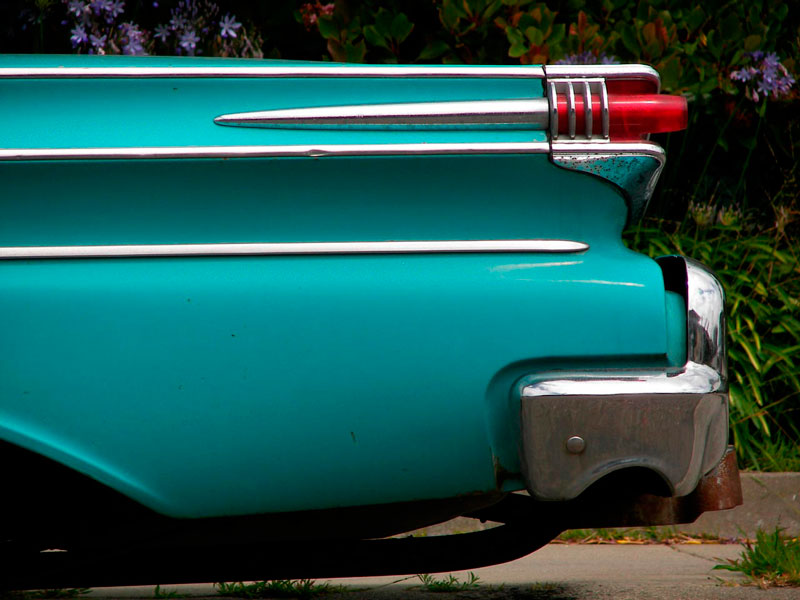 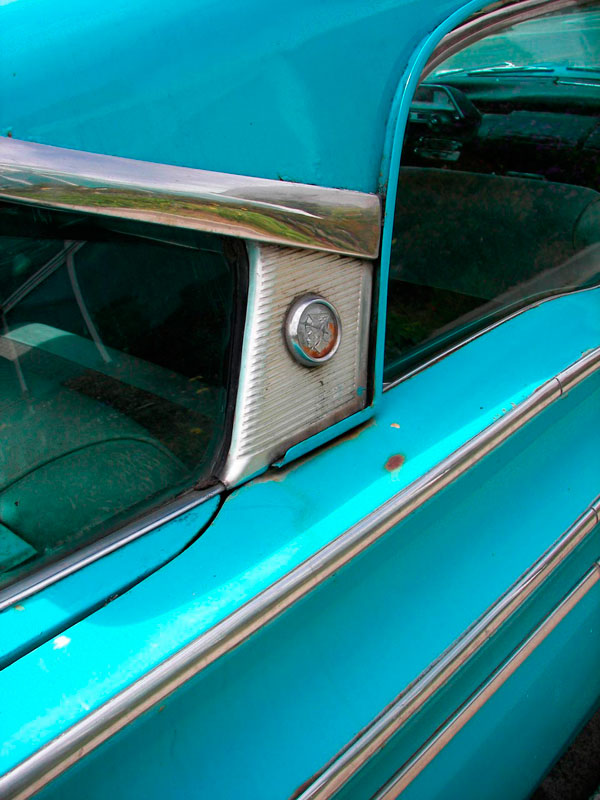 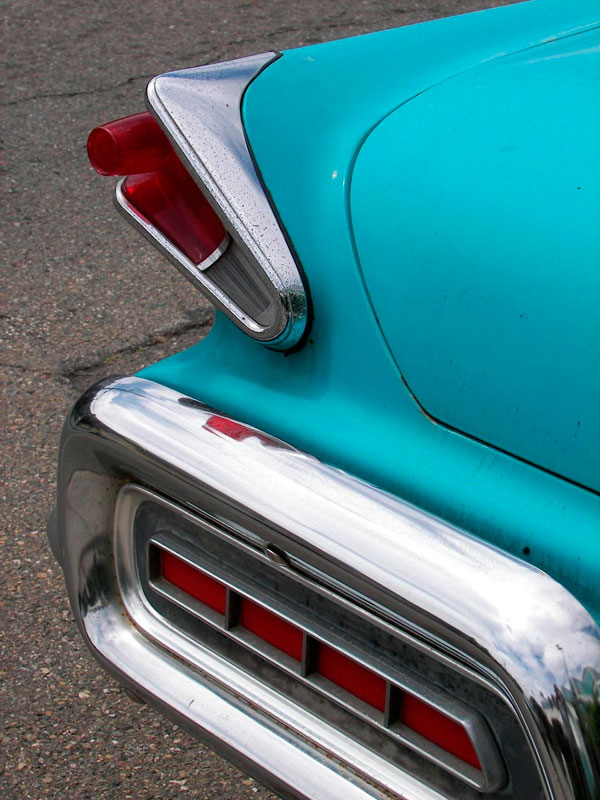 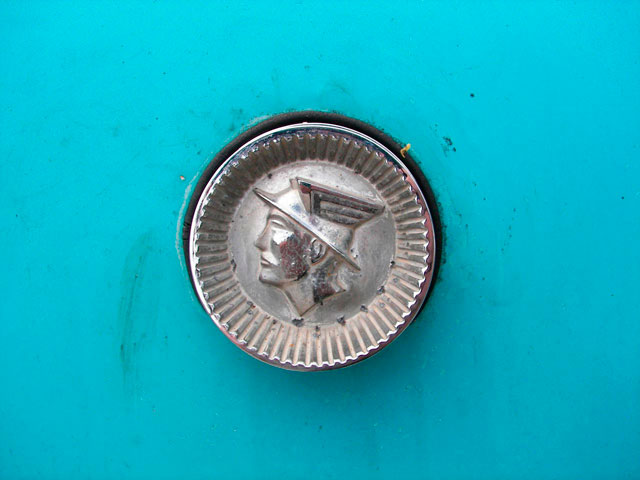 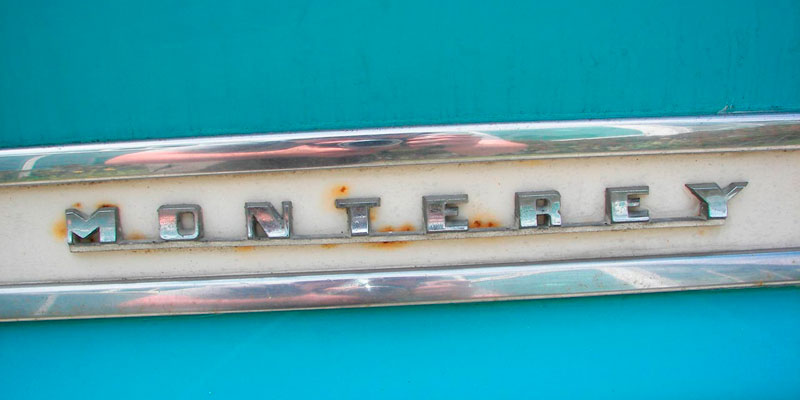 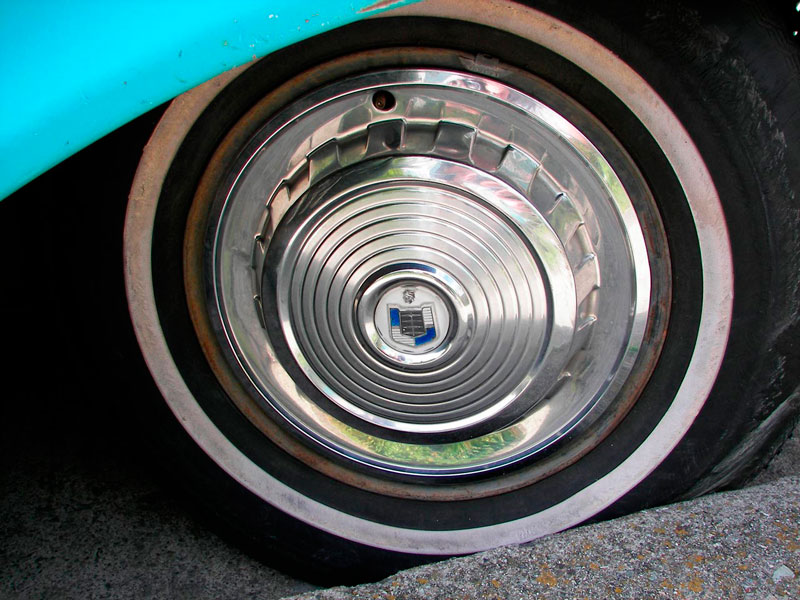 The Monterey was one of Mercury's lower-end models, above the base Medalist but below the more luxurious Montclair and Park Lane range. It was powered by a 312 cubic-inch Ford Y-block V8 or the optional 383ci "Marauder" or 430ci Lincoln engines. It was a very large and heavy car, fairly quick in a straight line with the right engine but heaven help you if you had to stop. While that's a frightening prospect today, it was par for the course in 1958.
So then, the '58 Mercury really isn't a bad car. It's just a weird car. Mechanix Illustrated road tester Tom McCahill summed up the '58 Mercurys as "the most different-looking cars on the road". That's putting it kindly. From its clumsy front end with its dainty quad headlights atop massive square bumper-grilles to its squinty, angry-looking taillights, there isn't much to love in its design. Which is sad, really. I rather like the car's midsection, with its nifty wraparound windshield and large wraparound rear glass. There is a certain elegance to the taillight design, too, when viewed from the side. The "Mercury Man" badges are a nice touch as well. However, the weird blocky front end spoils nearly every angle of the car.
All styling complaints aside, this is a beautiful example of an unrestored 51-year-old car. The robin's-egg blue paint is undoubtedly not original, since there's some visible overspray on the stainless steel C-pillar trim, but it's a good color for the car and may well be a match for the original paint. The interior is worn and could use some work but is mostly intact. This car is one of several vehicles which belong to a collector in San Francisco, a collection whose members will continue to feature here in the future as long as I keep finding them.
Posted by Jay Wollenweber at 12:01 AM