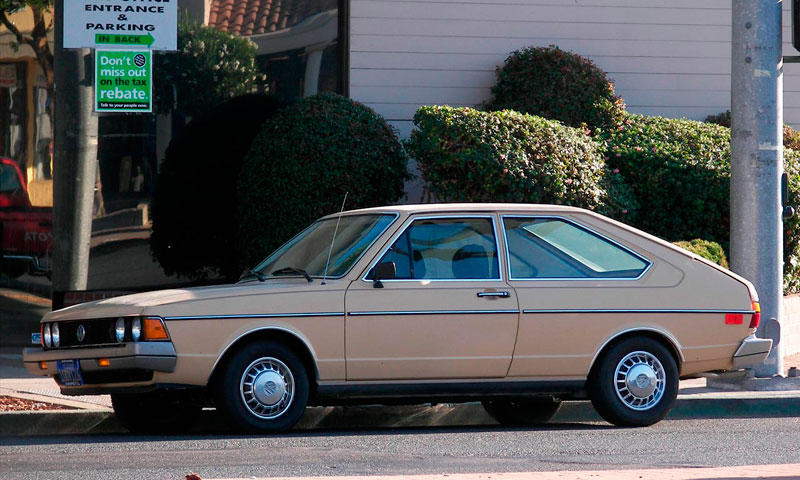 If any company doing business in the US at the dawn of the 1980s had small cars down to a science, it had to be Volkswagen. VW helped put the world on wheels with its Type 1 (Beetle), Type 2 (Microbus), Type 3 (Fastback, Notchback and Squareback). But even the People's Car had to have a top model, and in 1974 the Passat (German for "Trade Wind") was born. It was available in a variety of body styles including a two or four-door sedan, a three or five-door hatchback, and a station wagon. In North America the first generation of Passats were marketed as the Dasher between 1974 and 1981. Following the model's refresh for 1982, the name was changed to Quantum, and then, in 1986, to Passat. It remains Volkswagen's large-midsize sedan in the American market. 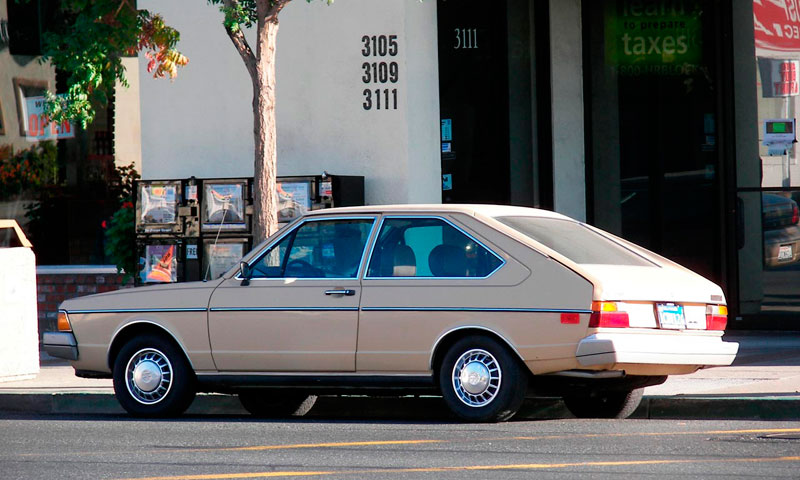 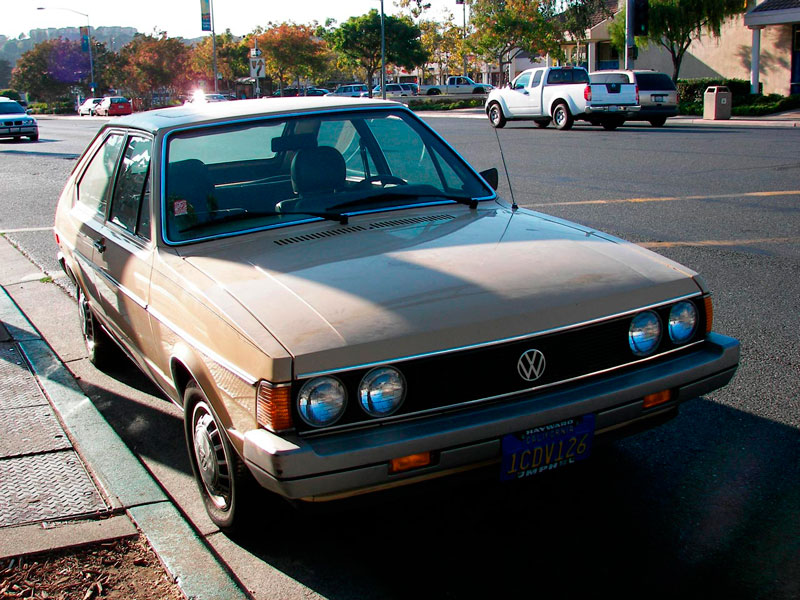 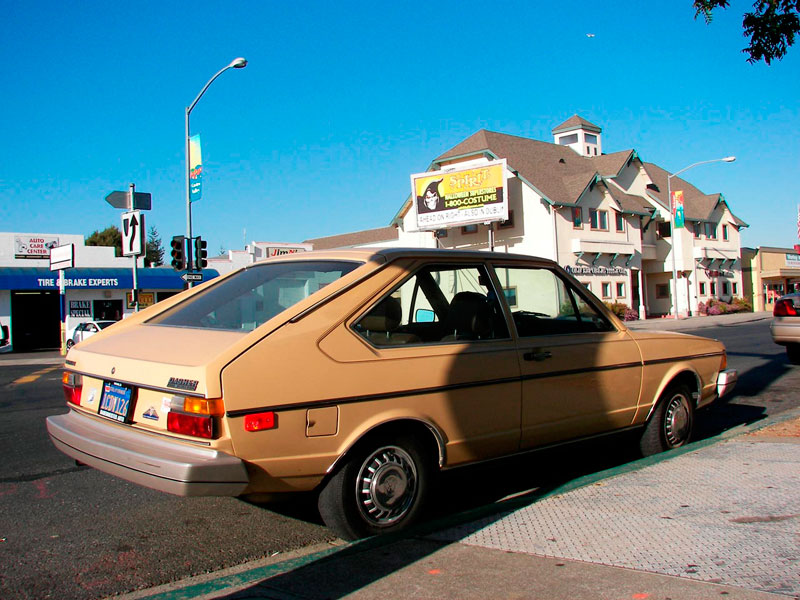 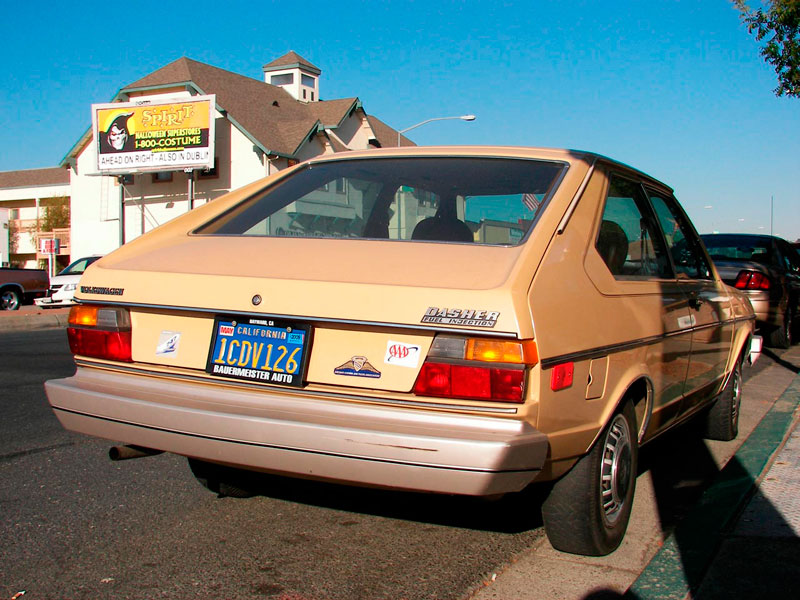 The 1980 Volkswagen Dasher hatchback you see here was designed by the Italian design studio Giugiaro. That's a big deal in the car world, especially for an economy car. It's a clean and straightforward design, plain but not overly so. Practical yet classy. Basically, it's German. This Dasher wears "fuel injection" badging, so it is powered by the 1.6 liter four-cylinder producing 78 horsepower, most likely coupled to a 4-speed manual gearbox. It's in surprisingly good condition, with only scuffs on the bumpers and dust on the body as evidence that it actually gets driven. Even the wheels are kept clean.
Tan seems to be a common color on these cars, if the cars themselves can be called "common". I have only seen maybe three Dashers of this era, and one was in a museum. The other was also tan, and it was a five-door model found right here in Castro Valley several blocks from where I shot this one. 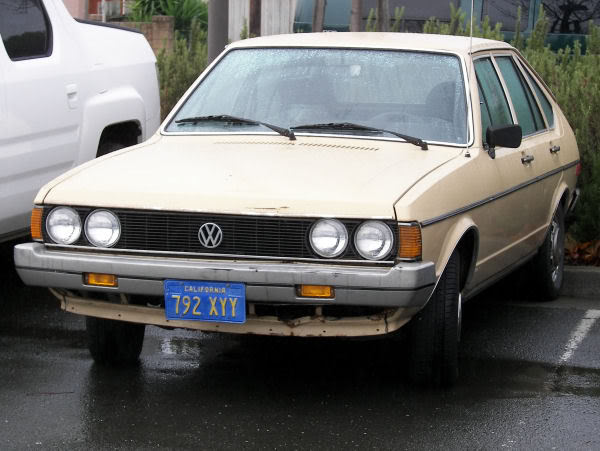 Posted by Jay Wollenweber at 1:11 AM