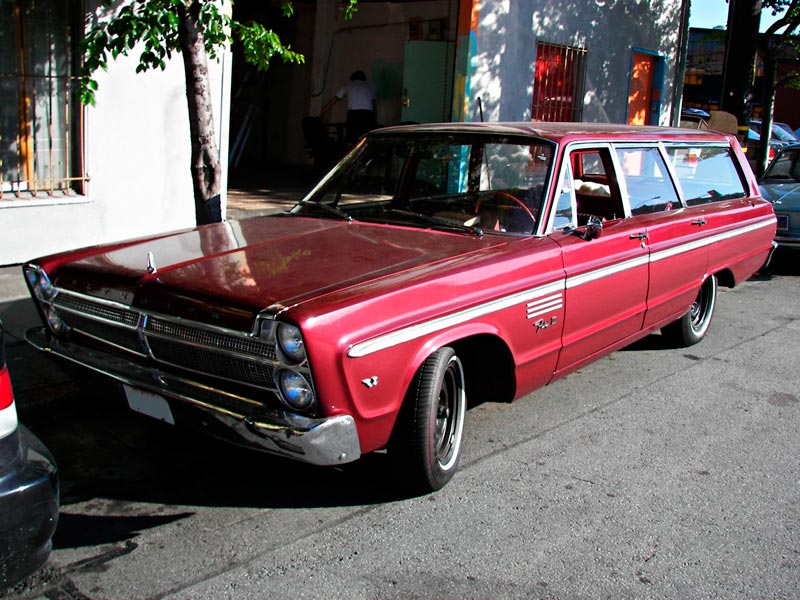 This one was a quick take from 2007. I was killing time walking around in the South of Market area and I stumbled upon a green Volkswagen 412 wagon. The owner was present and saw me photographing his VW. Naturally curious as to why someone was taking pictures, he struck up conversation with me for a while. Inside his garage was this red 1965 Plymouth Fury III station wagon.
Since I showed such an interest in his cars, he agreed to pull the Fury out for me. This was long before I began shooting thoroughly for any kind of feature, but I knew better than to just snap one photo of it and go on my way. And now, two years later, here we are. I figured, why not? It's a classic, and a relatively rare car. 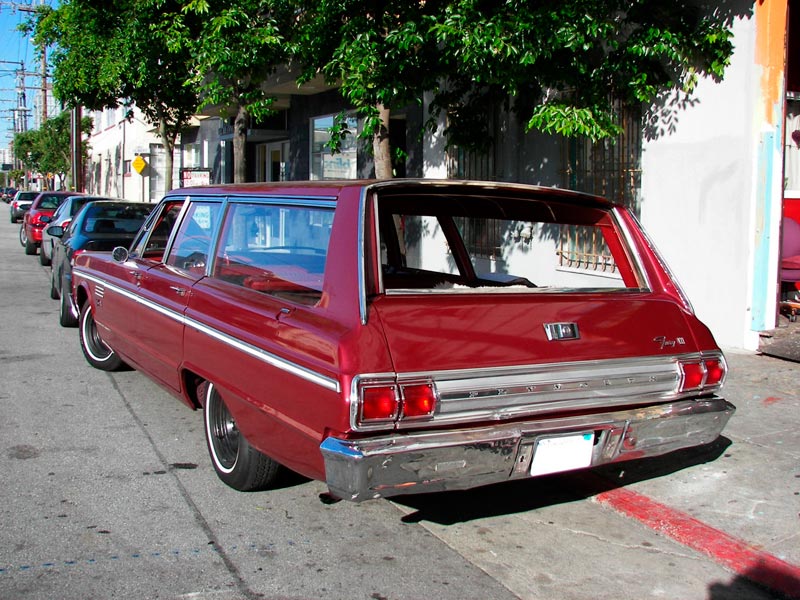 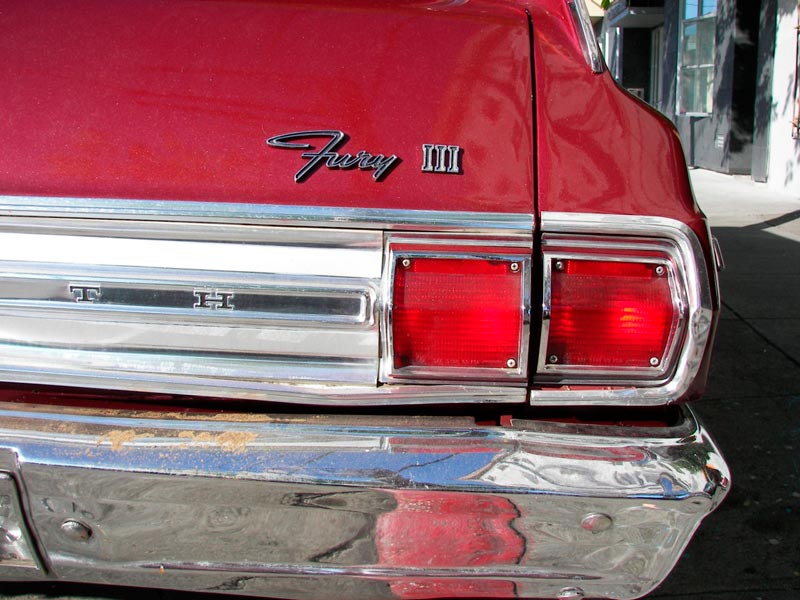 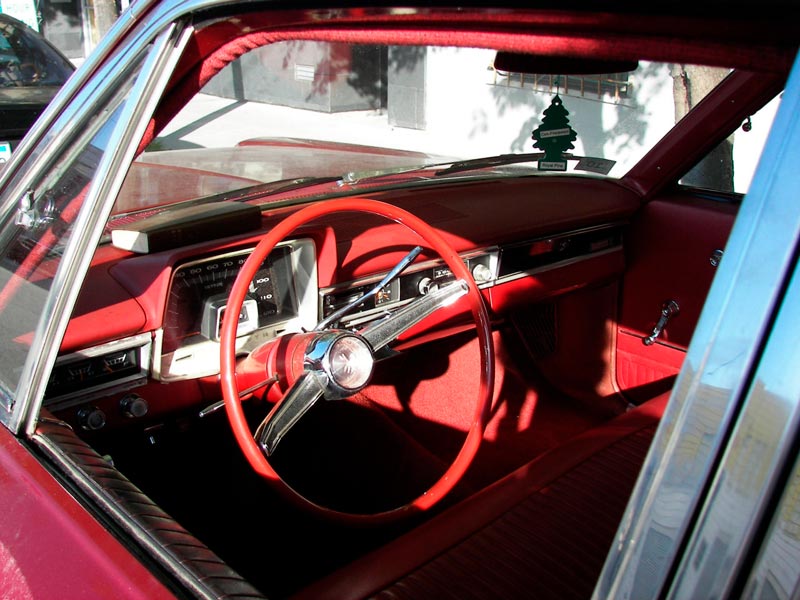 The Plymouth Fury was one of Plymouth's full-size models, popular with police fleets and suburban families. It is a conservative but generally pleasing design, penned by Elwood Engel, which makes good use of straight lines and creases. It utilizes vertically stacked quad headlights, following the trend made popular by Pontiac in 1963. The Fury lineup was broken down into four trims: the base Fury I, mid-range Fury II, upper-crust Fury III, and the extra luxurious VIP. The Fury wagon was geared toward large families and could carry up to nine people. The wagon rides on a 121" wheelbase.
This one is a nicely equipped Fury III which features red vinyl bench seating and an automatic transmission, V8 engine and whitewall tires, although its hubcaps have disappeared. It's anyone's guess which V8 engine this car has; it could be anything from a 318 to a 440. This car appears to have been freshly painted, if the red overspray on the tires is any indication. That may also be why the car has no wheelcovers. The candy apple red looks great with the matching interior. Now all it needs is a set of stock hubcaps and a new exhaust tip to replace the one the owner's flattened by backing out of his driveway.
Posted by Jay Wollenweber at 11:35 PM