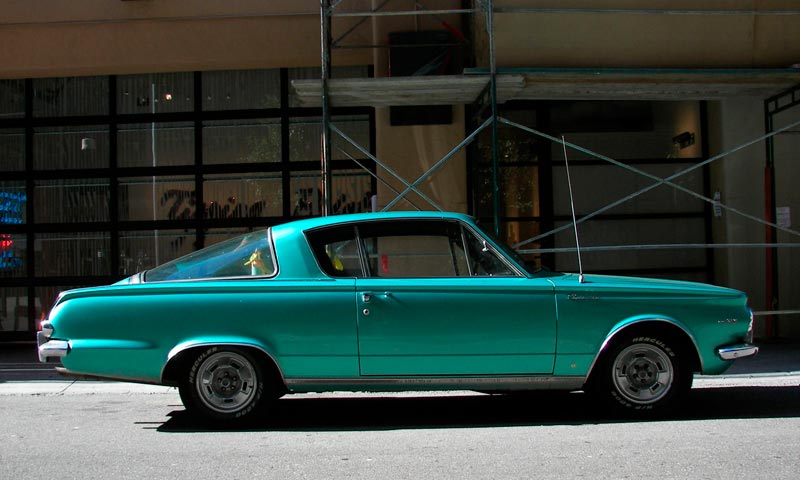 Before it was a neon-colored, billboard-striped street terror known simply as the 'Cuda, the Plymouth Barracuda was more like this: a sporty fastback version of the Plymouth Valiant. It was introduced in 1964 as a competitor to Ford's Mustang, but it never would be a serious threat in the ponycar wars, at least not in the sales department. 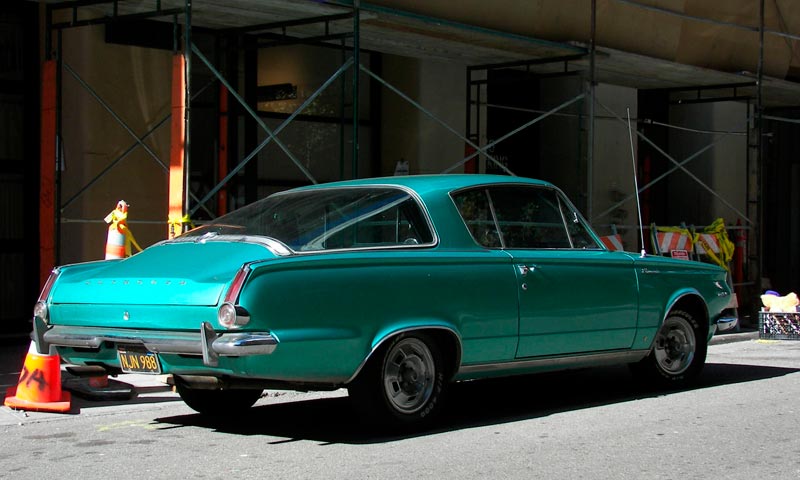 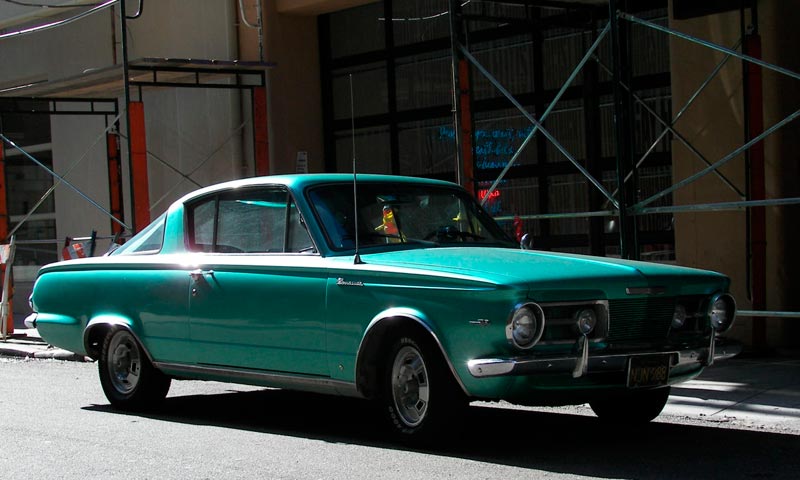 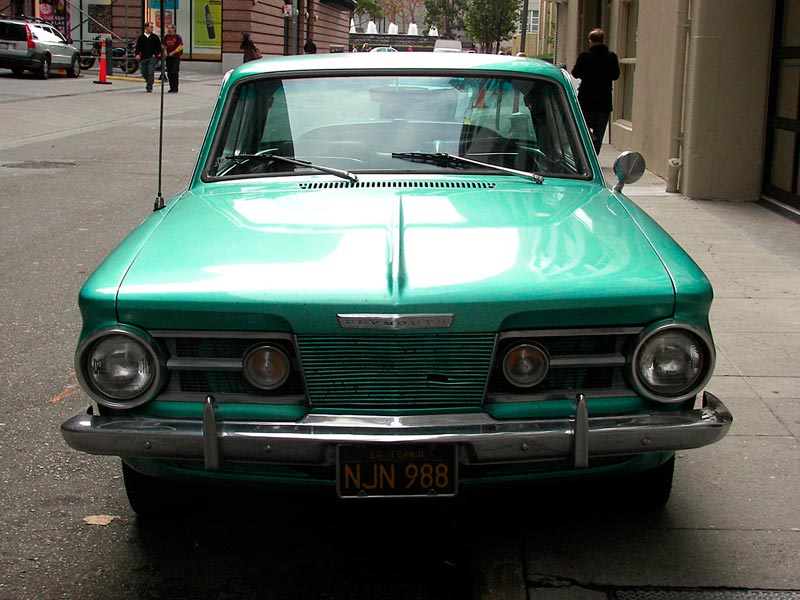 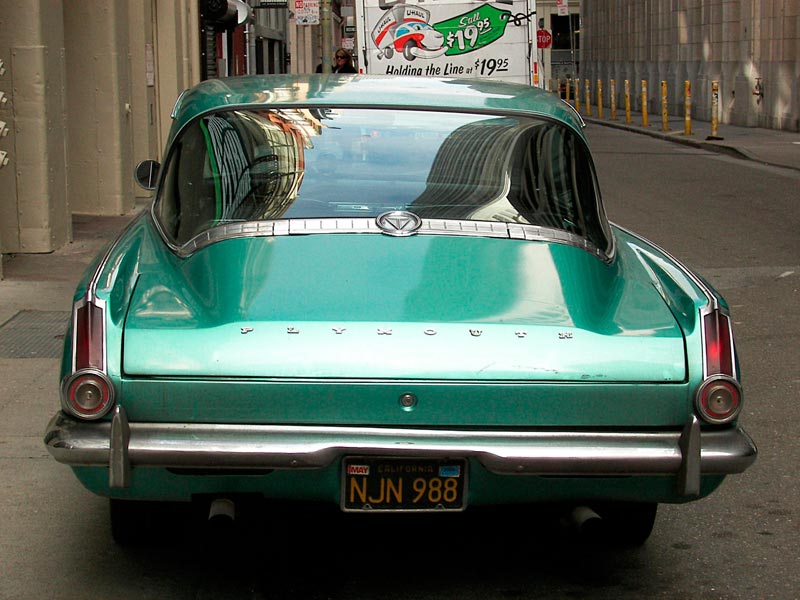 The Barracuda began as the Valiant Barracuda, with a stubby fastback body that used a number of Valiant parts but looked all-new with its large glass hatch. In 1965 it received a facelift to further set it apart from its Valiant roots. With a 273 cubic inch "Commando" V8 producing 235 horsepower, the Barracuda could get out of its own way better than your average Valiant. However, it could also be bought with the same slant-sixes as any other Valiant. 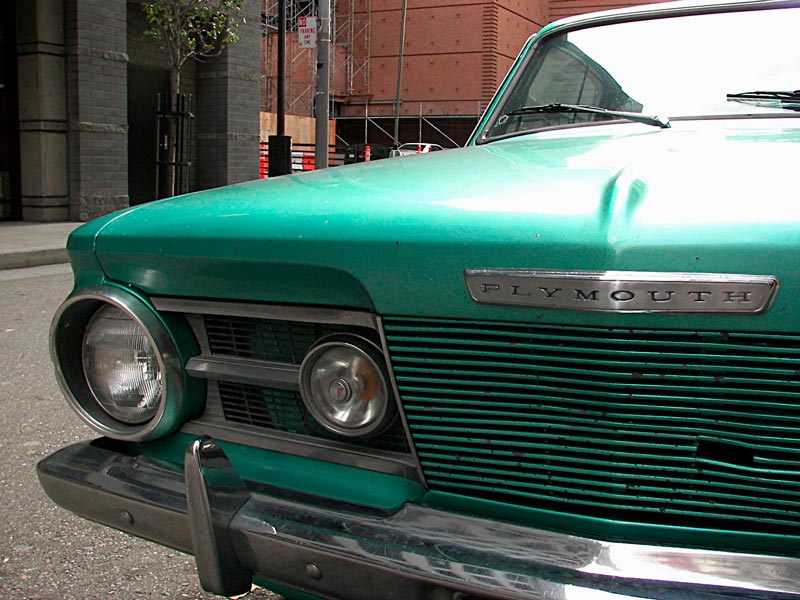 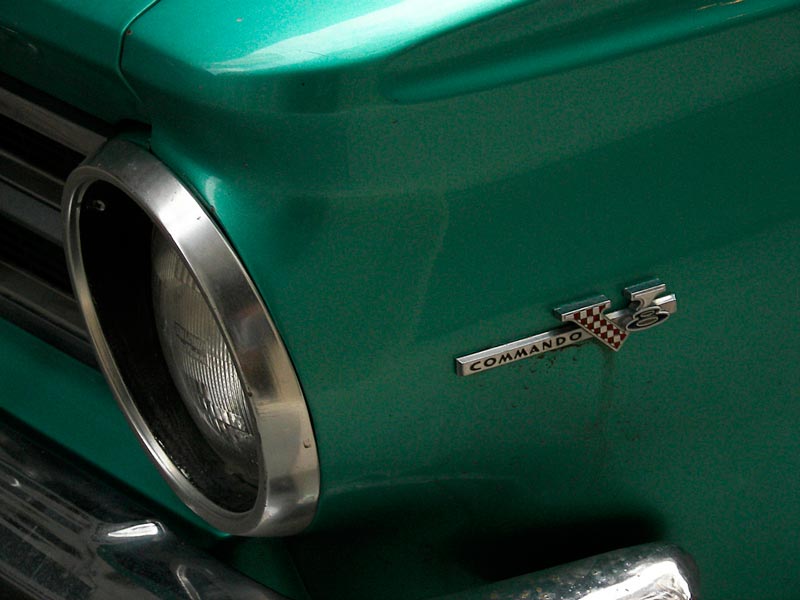 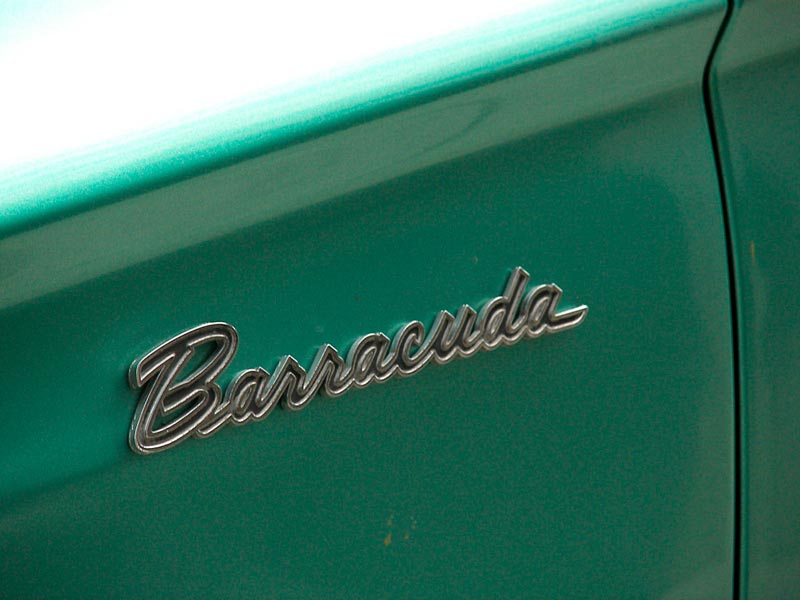 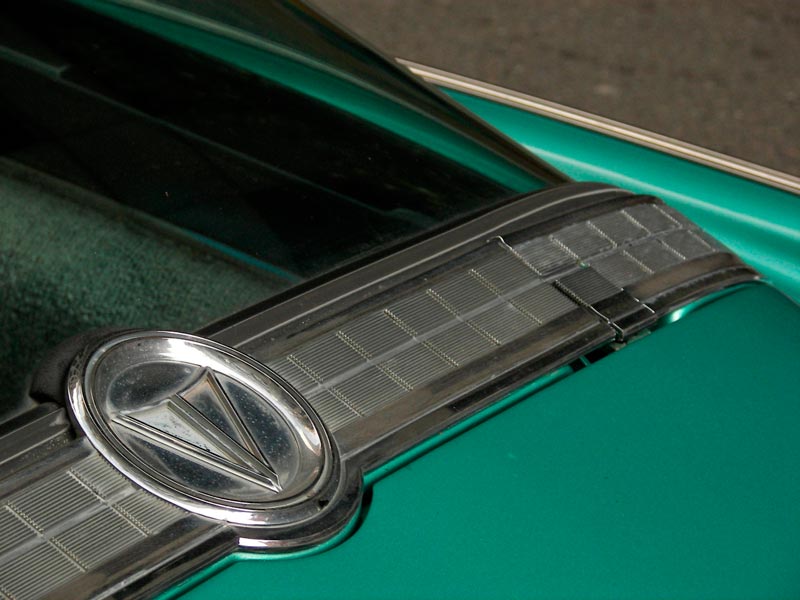 This car has the Commando V8 and wears its original wheels, all correct trim and a fetching shade of metallic green that may or may not be stock. I've seen the car driving a few times and it appears to still earn its keep. The '65 Barracuda seems to be a popular classic in San Francisco, as I've seen at least three or four of them parked or driving around town. We'll see how many end up here.

This car was featured in Jalopnik's Down On the Street Bonus Edition on February 15, 2009.
Posted by Jay Wollenweber at 2:29 AM