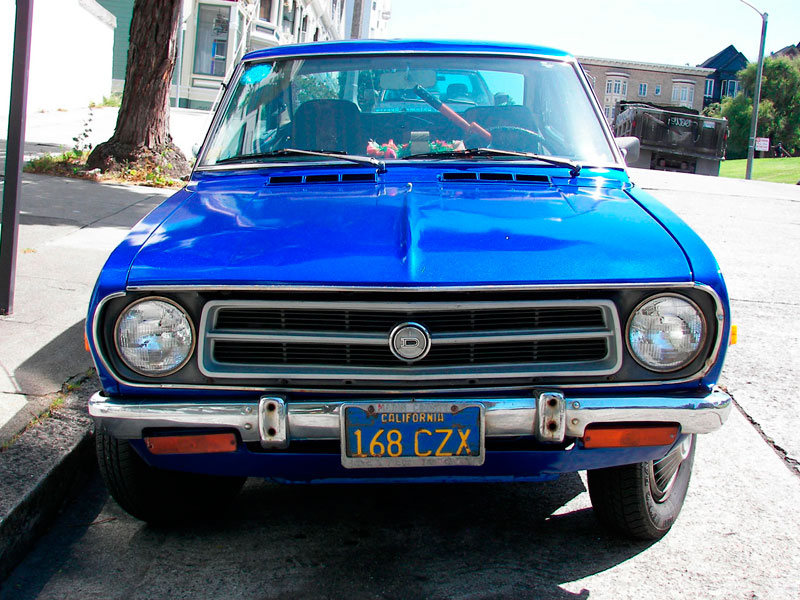 San Francisco is home to many quirky old imports, most of which seem to be Toyotas. But the city has its share of Datsuns too, as evidenced by this 1971 Datsun 1200 Coupe I spotted parked on Steiner Street near the famous Painted Lady Victorian houses. 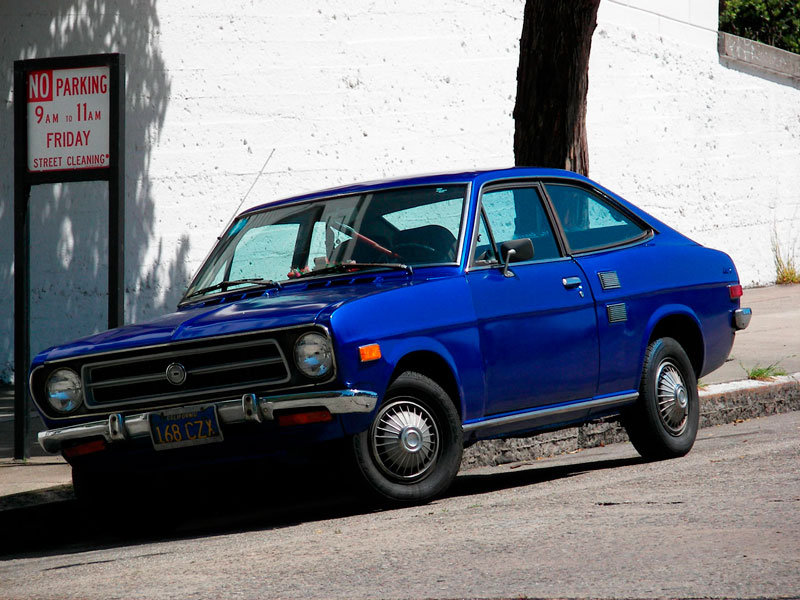 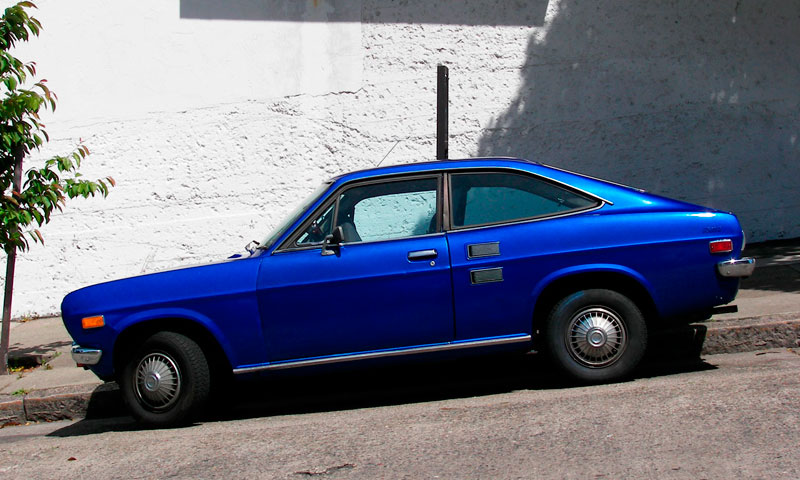 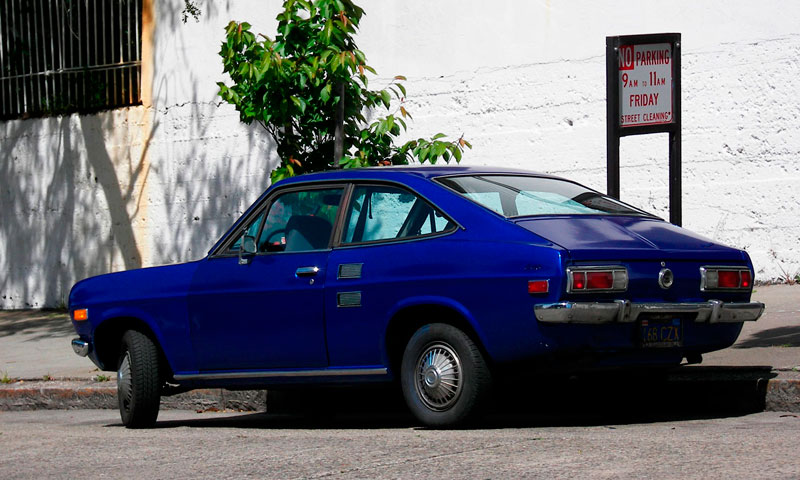 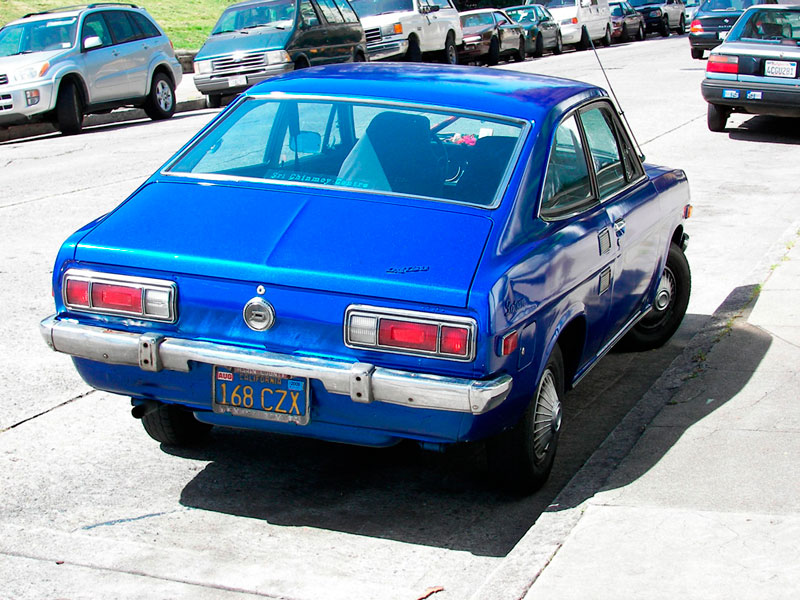 The Datsun 1200 originated from the second-generation (B110) Nissan Sunny and was introduced in the United States in 1970 for the 1971 model year, as a competitor to the Toyota Corolla. It was available as a two-door sedan or a fastback coupe. The 1200 was powered by a 1.2 liter four-cylinder engine producing 69 horsepower, linked to a 3-speed automatic or one of three different manual transmissions. It was the cheapest new car in the US at the time of introduction and the most fuel-efficient in 1973 (nearly 38 miles per gallon highway). Approximately 44,000 a year were sold in the US and Canada between 1971 and 1973. After 1973 the 1200 was replaced by the B210. These little cars remain very popular in Australia for rallying, though most in North America are long gone. 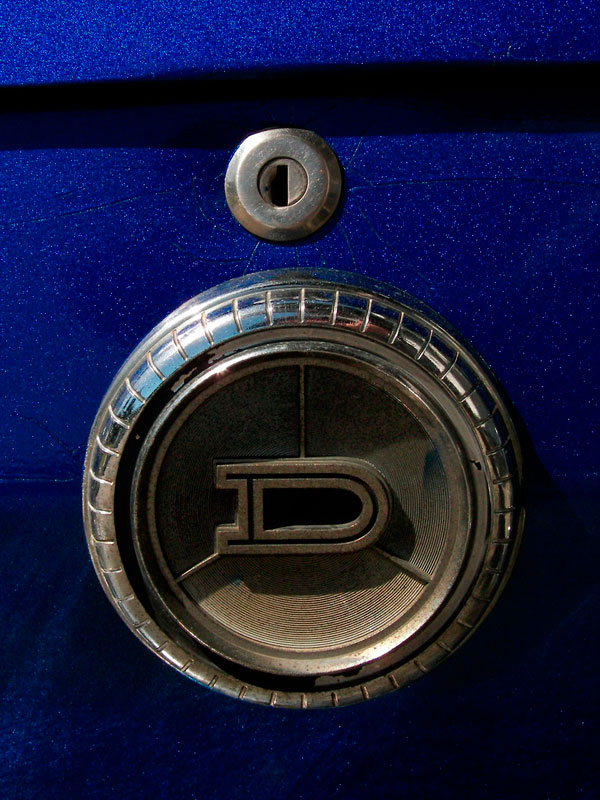 The body on this car has held up well for its age, with surprisingly little visible rust, body damage or parking dents. Perhaps the biggest mark against it is the Earl Schieb paintjob which has covered some of the chrome badging and gotten overspray on a few body details that weren't masked especially well. To its credit, though, the color the owner chose suits the vehicle and the paint looks pretty good from across the street.
This car is still in the hands of its original owner, and while it may not necessarily have lived its entire life in San Francisco, it lives there now. I can only imagine how many miles it has traveled or what stories it might tell. The owner was very cordial and she seemed happy that I showed an interest in her little runabout. She was especially helpful in that I didn't know what model or year it was until she told me. I appreciate owners who are like that! If you're reading this and this car belongs to you, thank you.
Posted by Jay Wollenweber at 12:02 AM