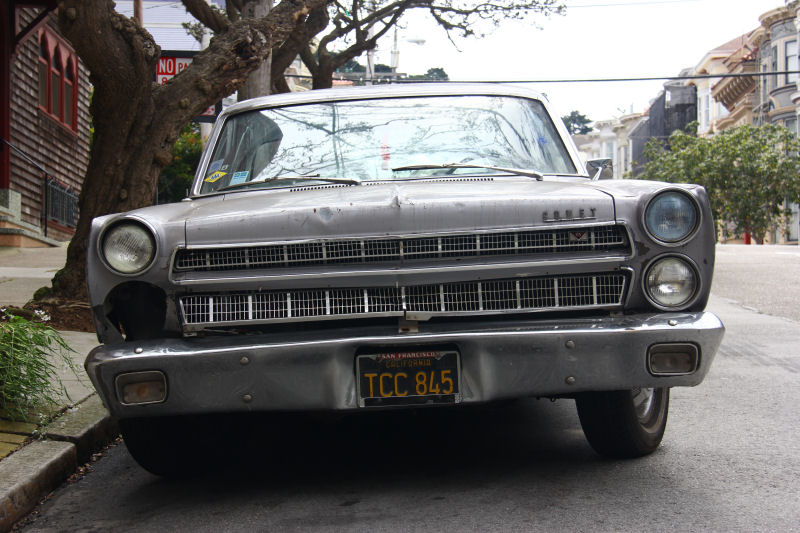 Around the city it seems like the favored kickaround classics are the Mopar Dart/Valiant twins and the Ford Falcon. They're tough, simple, reliable and practical. And in a town where parking spaces are nigh impossible to find, a small footprint and solid bumpers are helpful. While Falcons are relatively plentiful in urban environments, a Mercury Comet is a little less common. Here's a '66 Comet 202 sedan. 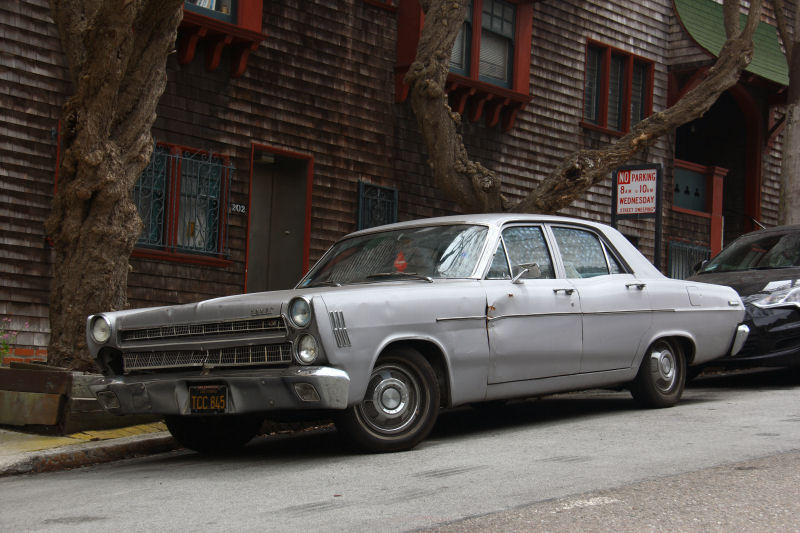 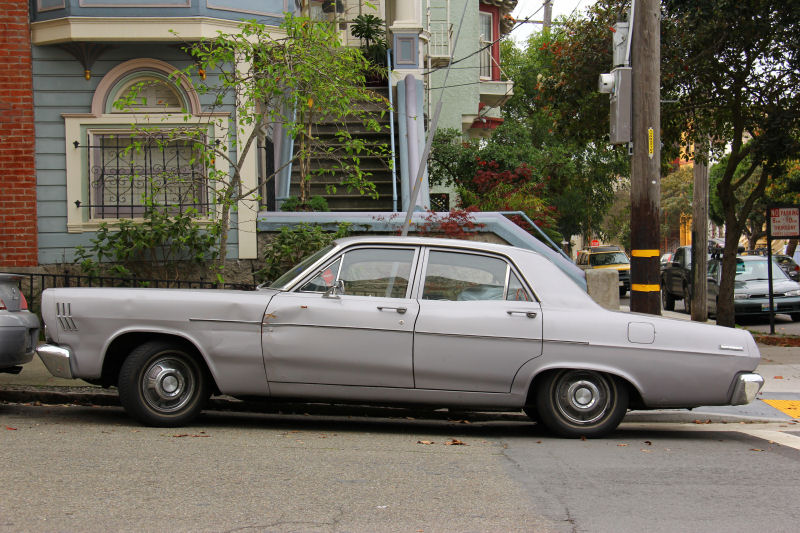 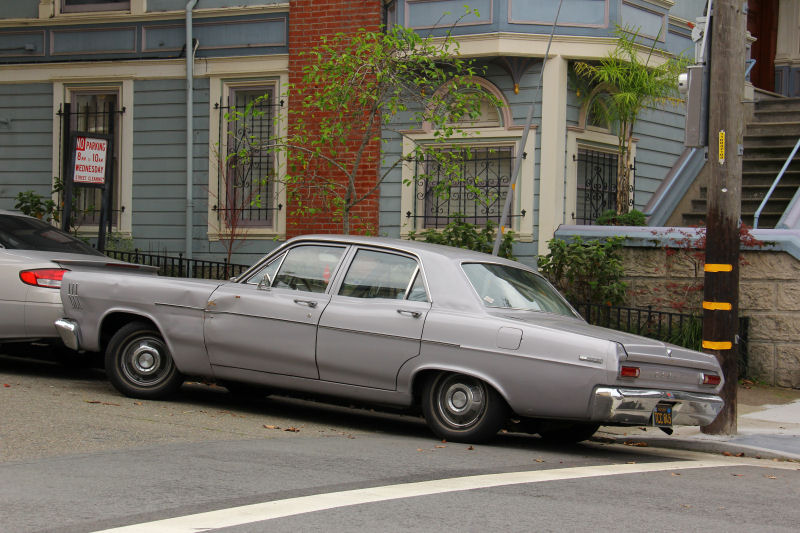 The 1966 Mercury Comet was the first year of a new generation that saw the car reclassified from a compact to a midsize. The styling had been previewed in 1965 with the adoption of stacked quad headlights and rectangular taillights. The 1966 body introduced a hint of a Coke-bottle shape and smoothed out some of the prior car's hard edges. It was made longer and wider, marketed for better highway performance. Where the 1965 Comet was a Falcon twin, the '66 was paired with the Ford Fairlane. The '66 Falcon was smaller and rode on a shorter version of the Fairlane platform. The 202 was the base Comet model this year but was available with three engines: a 200 cubic inch "Big Six", 289 small block V8 or 390 V8. This one has one of the V8 options, probably the mild 289. 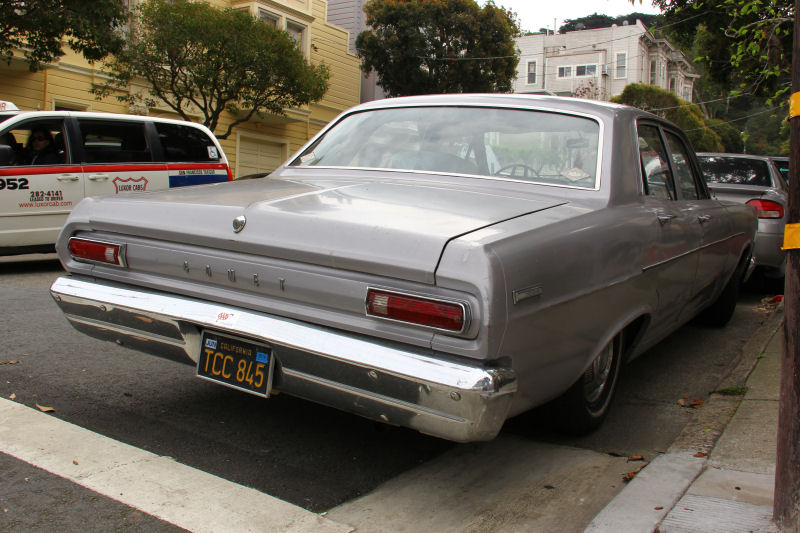 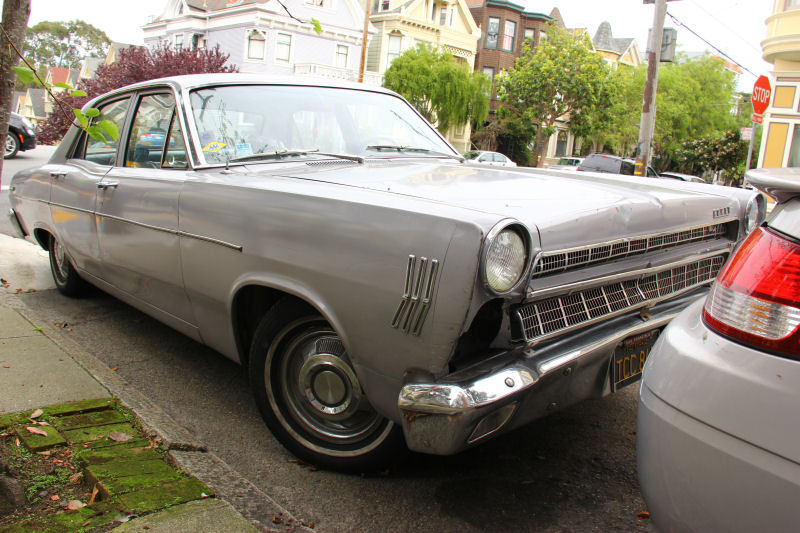 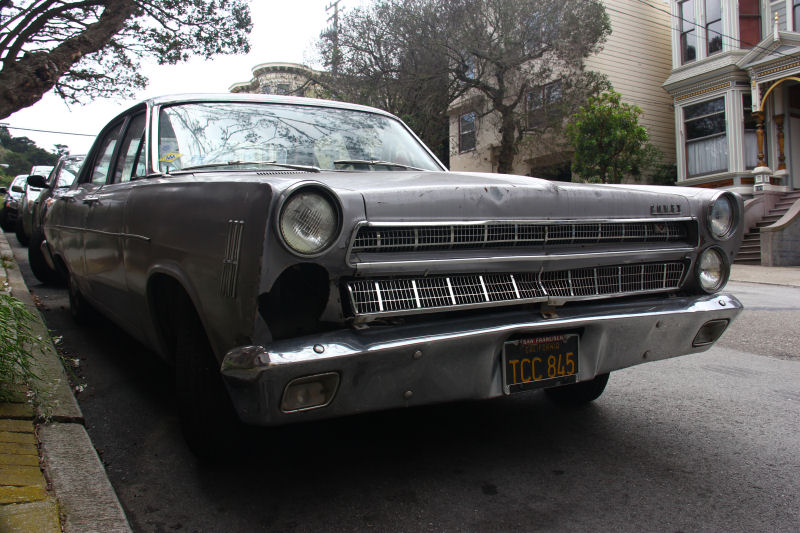 A couple of years ago I featured a 1967 Ford Falcon that I described as having been around the block and hit everything along the way. This car isn't quite at that stage yet. It's been bumped and banged a number of times but the passenger side and rear end are still in relatively good shape. It's nice to see that it has all of its original badges and hubcaps. I'm curious where the fourth headlamp went, though. I had to find and photograph the car twice to get the full walkaround view my readers like. 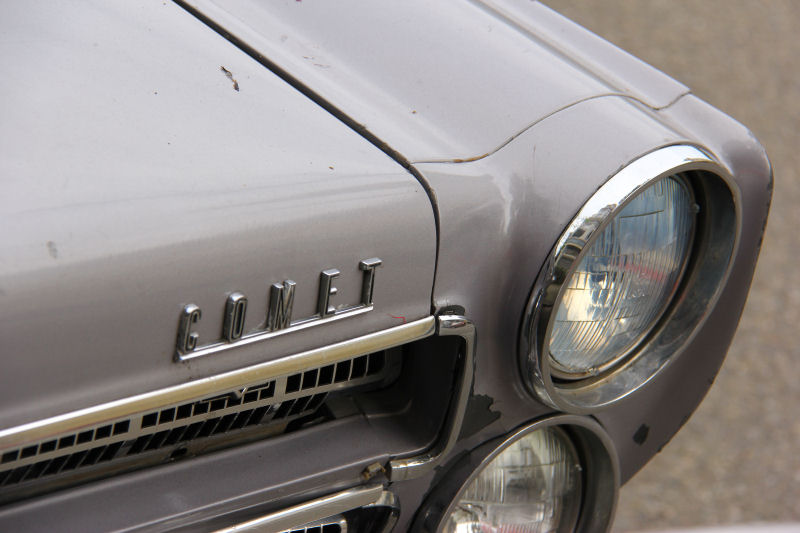 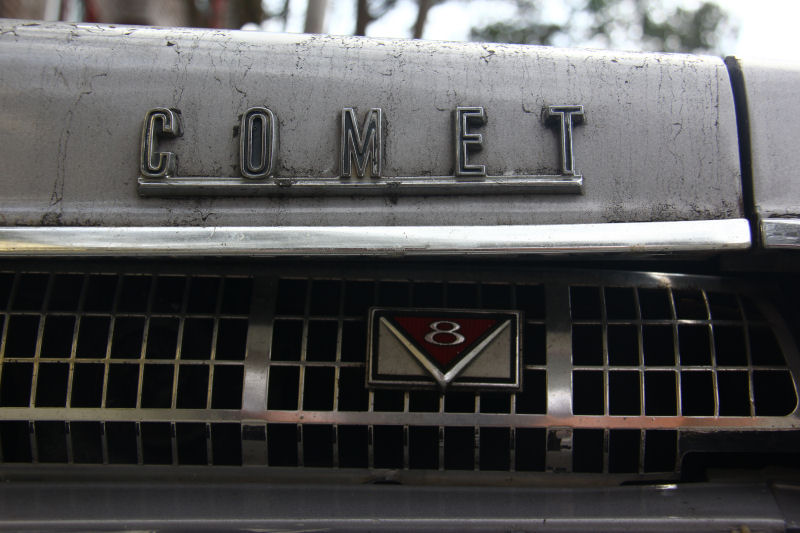 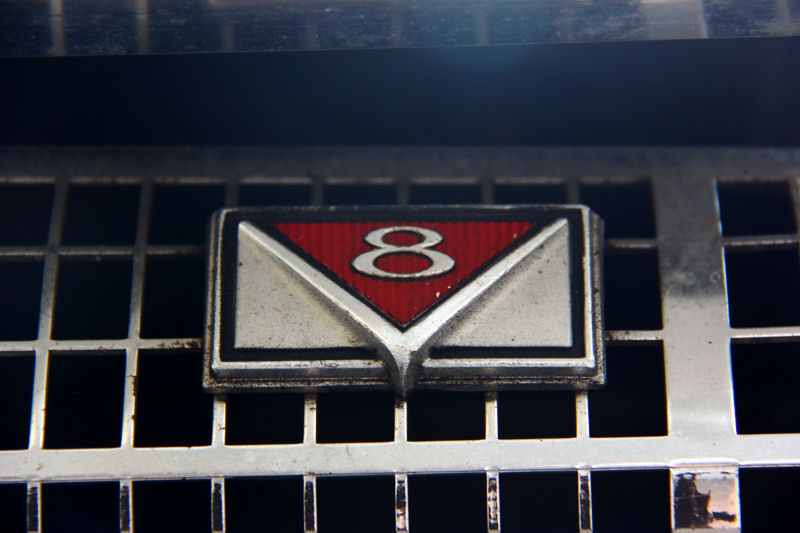 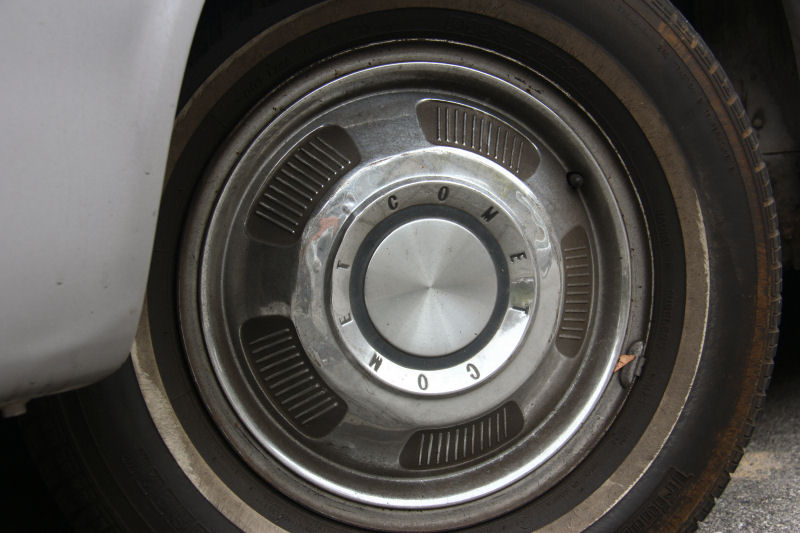 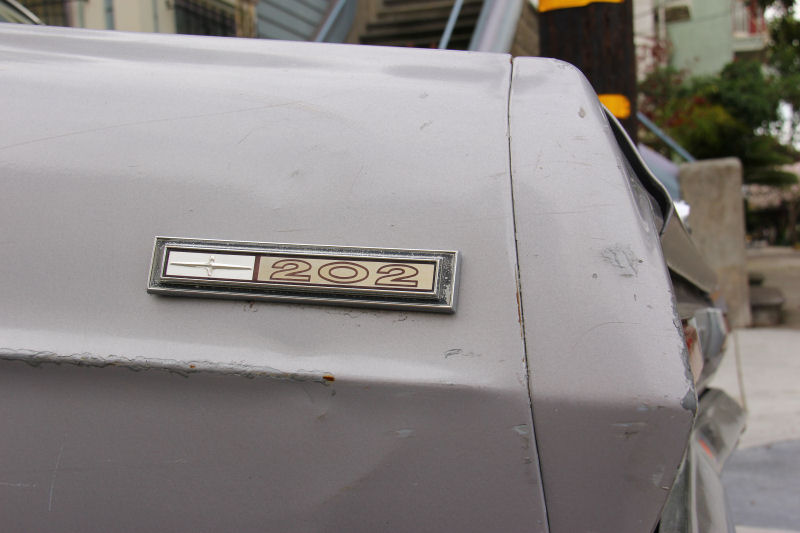 Photographed March and August 2014
Posted by Jay Wollenweber at 12:00 AM