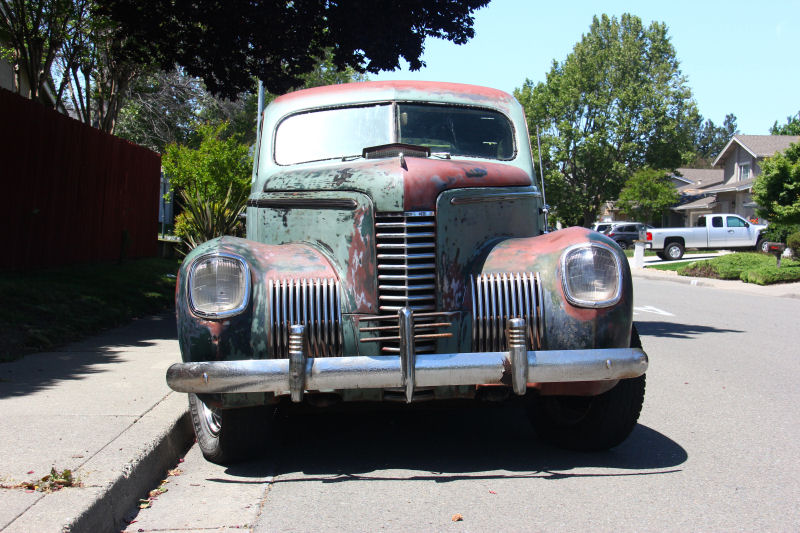 Welcome to another edition of Independents' Week, one of my favorite series of the year. It's where we commemorate the 4th of July with some automobiles produced by independent American automakers. That means nothing from Ford, General Motors or Chrysler. 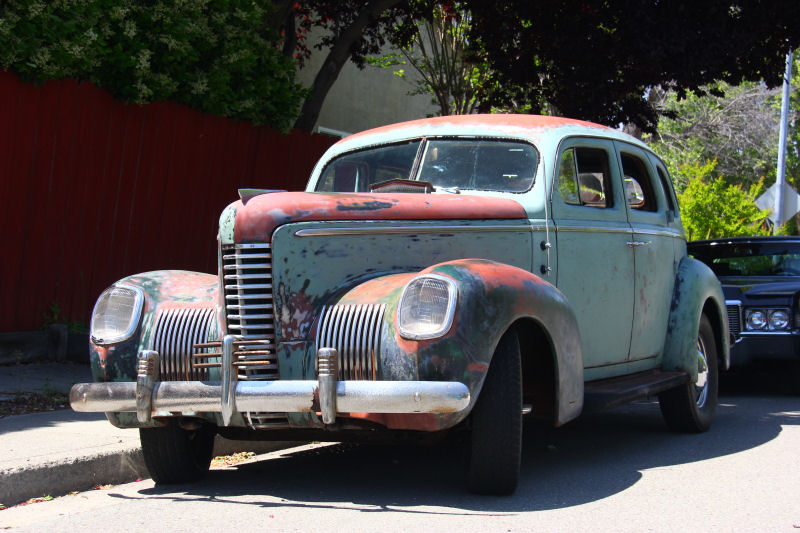 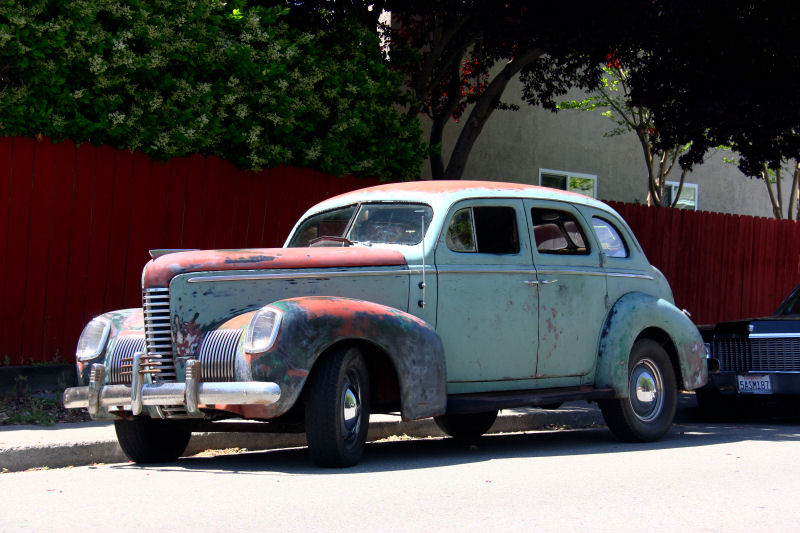 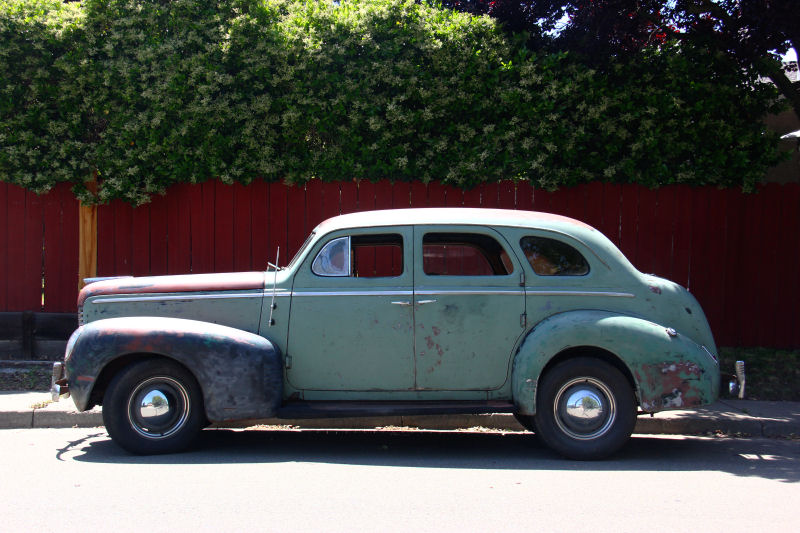 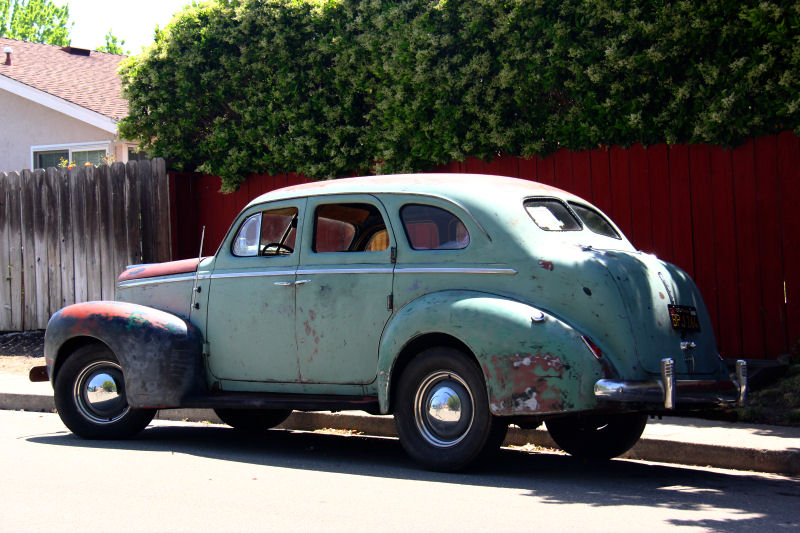 As independent car companies go, there are dozens to choose from over the course of history. Nash Motors came into existence in 1916 when Charles Nash, a former GM president, purchased the Jeffery company which produced Rambler cars. Rambler had been around since 1902 as a true pioneer in the industry. Under Nash's ownership, the cars were renamed Nashes, but the Rambler name would return many years later in 1950. Nash produced cars designed to be a strong value and customer satisfaction was a principle focus. Nash played a large role in World War I as the biggest producer of four-wheel-drive and military trucks. One interesting feature of Nash cars in the mid to late '30s was a fold-down seating arrangement that could transform the car interior into a double bed to sleep two adults. Nash was also a pioneer in flow-through interior ventilation, introducing a basic fresh-air vent system in 1938 and a more advanced, thermostat-controlled "Weather Eye" heating and ventilation system in 1939. I wouldn't call it air conditioning in the modern sense, but it was certainly something in its day. It even had a windshield defroster function as an option. Nash cars of this era also offered vacuum assisted shifting on the steering column to increase interior space for front occupants. 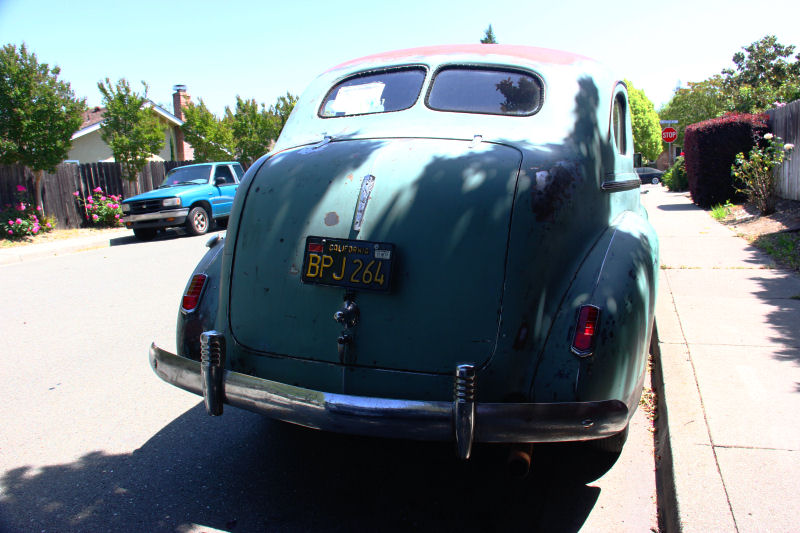 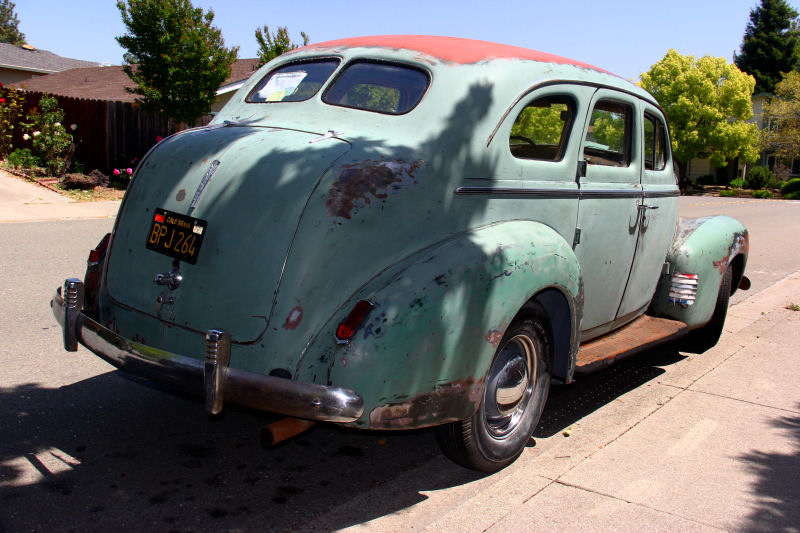 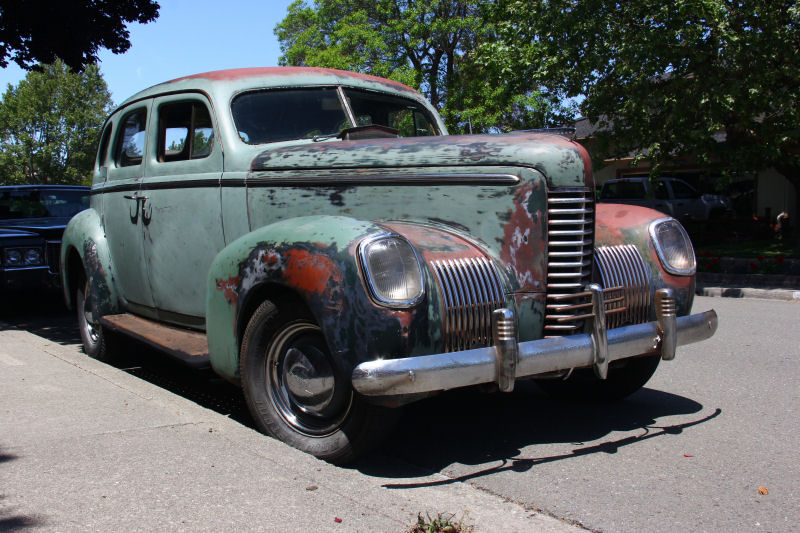 Honestly I've always had a problem getting excited over most 1930s cars, particularly sedans. There was only so much that automakers were willing or able to do with the design aft of the firewall. The primary design theme was in the front end. If you didn't have a distinctive face, everything else didn't matter unless you had some incredible engineering. Your average four-door gave you maybe two options, either a fastback with a hidden trunk or a trunk-back "touring sedan". Nash offered both styles, and three wheelbase lengths depending on whether you purchased a base Lafayette (117"),
Ambassador Six (121") or Ambassador Eight (125"). I didn't have a tape measure on me when I photographed this car, and it doesn't have badges denoting its model series. Looking at it generally, I would guess at a standard Lafayette Special or Lafayette DeLuxe. The 1939 Nashes received new styling that made them really quite contemporary. Park this car next to a 1939 Plymouth and you have a lot of similarities in styling. Both are some of the few cars offered that year with rectangular headlamps. The Nash has a look that's sort of a cross between the Plymouth and a '39 LaSalle with its prominent tapered hood and upright grille, with a formal grace that falls short of the wild shapes of the 1939 Graham Spirit of Motion. The Nash is a very art-deco car with its stylized grooved bumper over-riders and block letter badging. 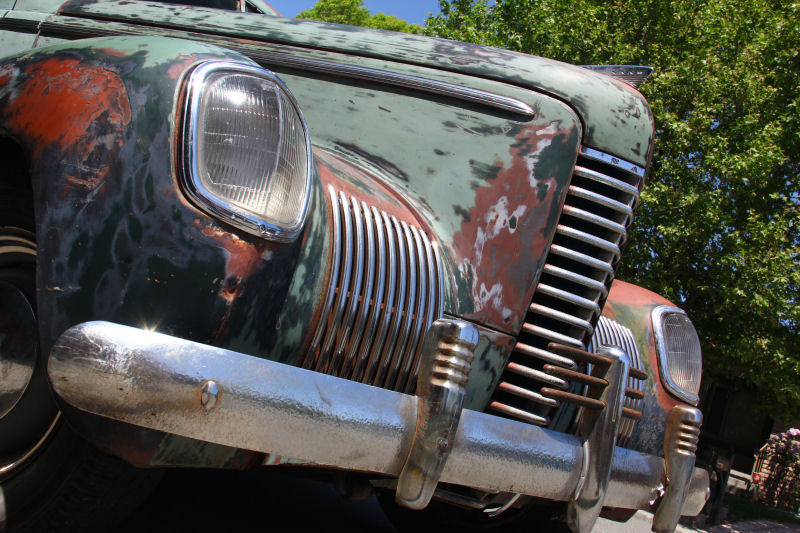 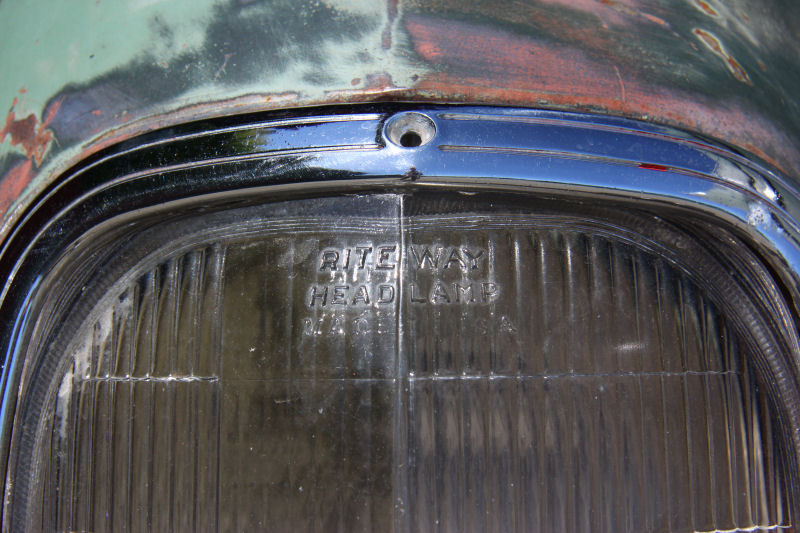 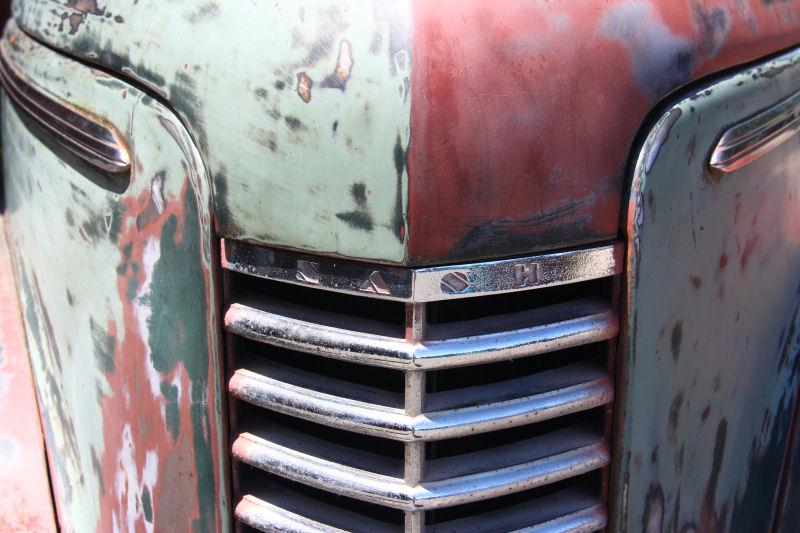 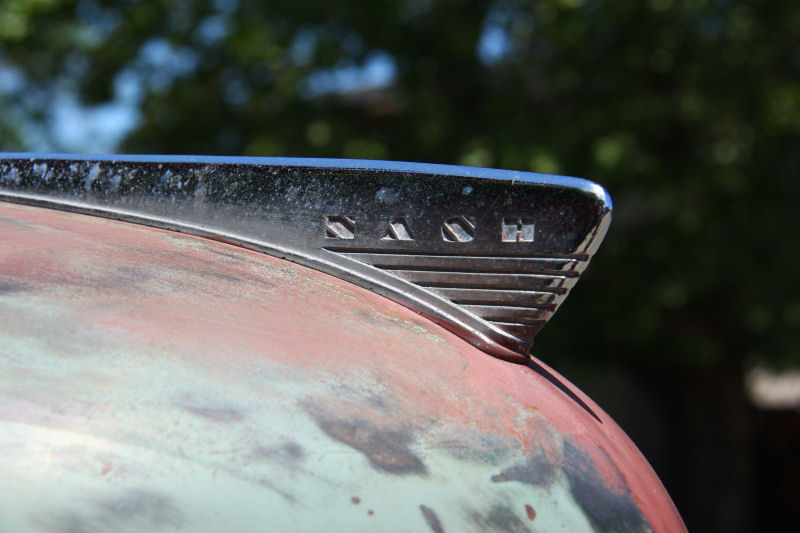 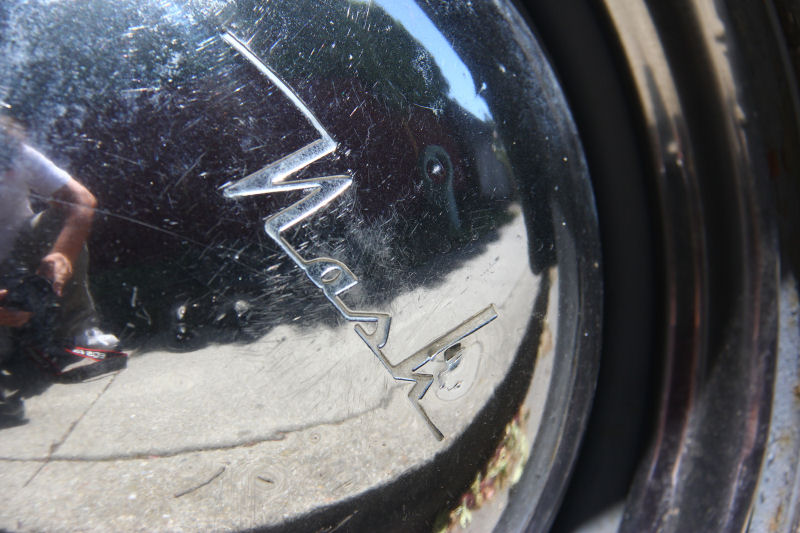 I don't know anything about this actual car other than that it belongs to a colleague of my mother's. I've photographed but not yet featured two other vehicles from his collection that I hope to post here someday. This Nash showed up on the street one day and I jumped at the opportunity to photograph one of the most unique 1930s cars I've yet seen in a public street setting. It has incredible patina that makes it a little hard to determine the original paint color. The light green looks like it could be Travelers Green, though there is also a darker shade that could be Tyrol Green. Note the early 1963 black license plates, a nice vintage touch that have likely been on the car for decades. I don't know the owner's plans for the car but it does move around. I'll be interested to see where the project goes from here.