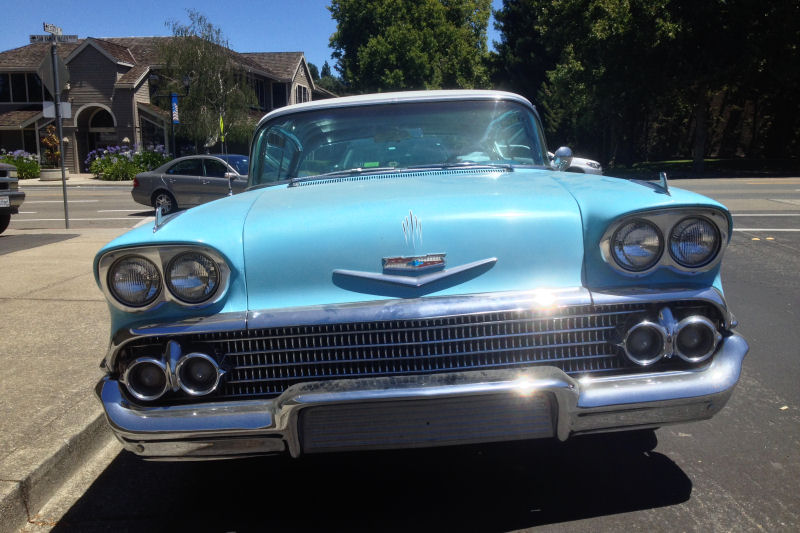 I needed a theme for this week's posts. In the previous feature of the '46 Ford convertible I mentioned that sometimes I find good cars outside of a repair shop in Danville. So I guess that's what we'll do. Second in the series is this 1958 Chevy Impala. 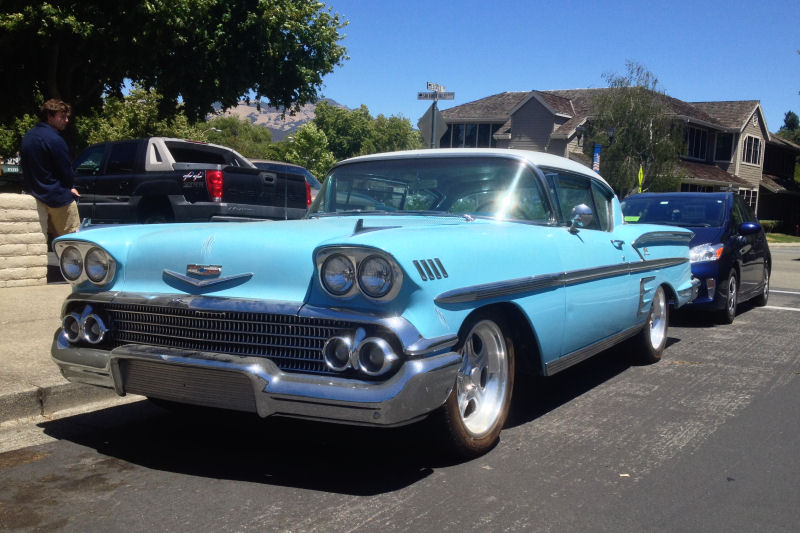 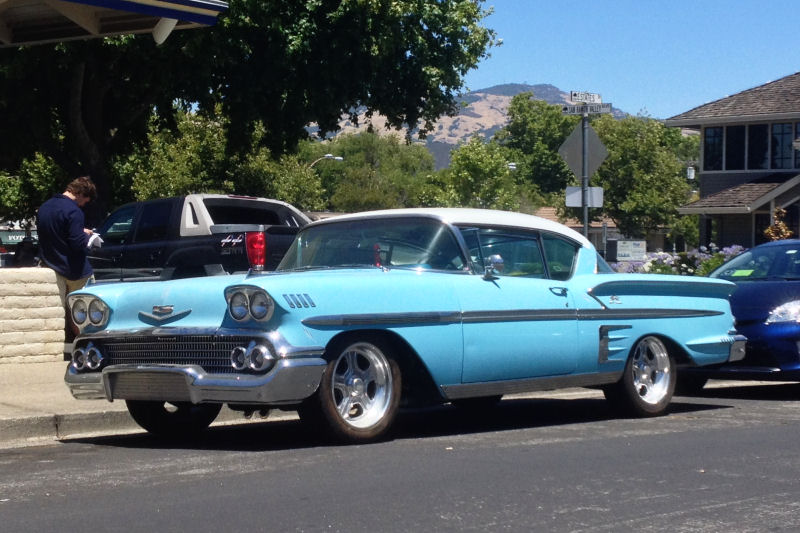 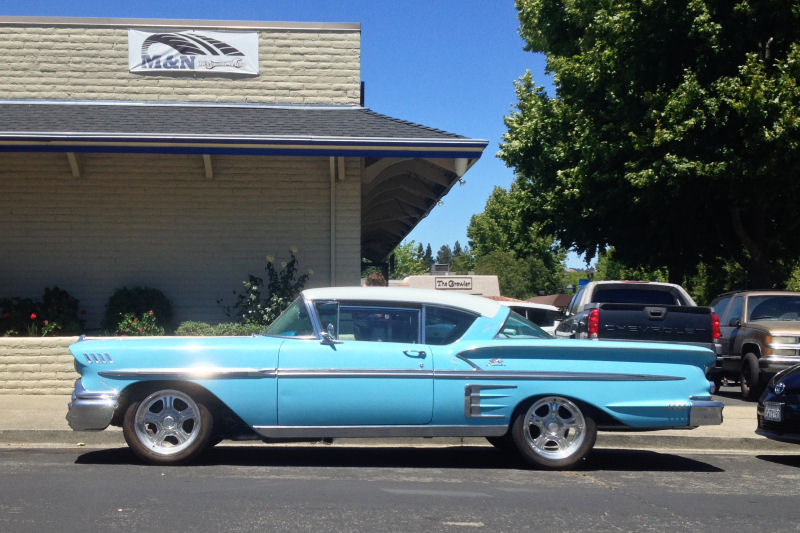 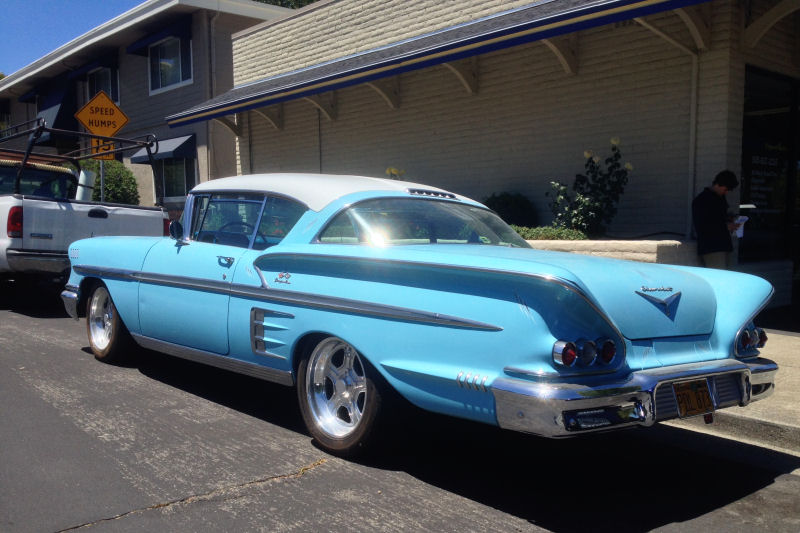 My friend Colin got me hooked on 1958 Chevrolets. I never liked them when I was young. For me it was all about the '57s. Over time most of the other 1950s Chevys endeared themselves to me, but the '58 took the longest for me to come around. It's so ... baroque. And the most ornate of all Chevys that year was the Impala Sport Coupe. This was the first year of the Impala, in which it was the most expensive trim level of the Bel Air series. It was offered as a hardtop coupe or a convertible. It featured extra bright trim pieces and six taillamps, and a longer wheelbase and smaller greenhouse than other Chevrolets. Engines included a 283 or optional 348 V8, with fuel injection offered on the smaller engine. The styling was a significant departure from the previous model year and featured motifs inspired by the 1956 Impala Motorama dream car. 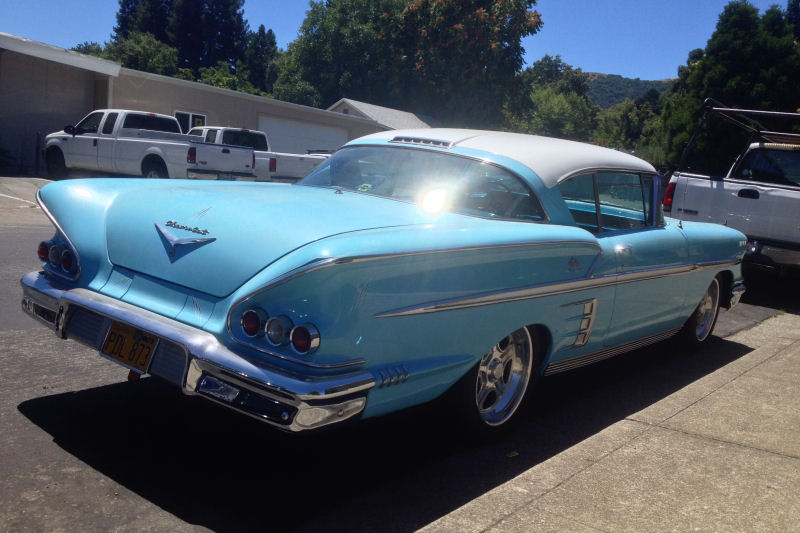 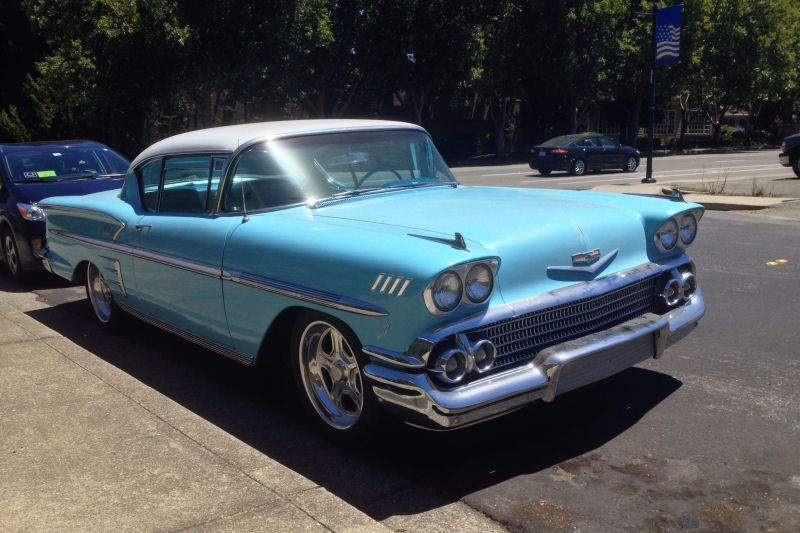 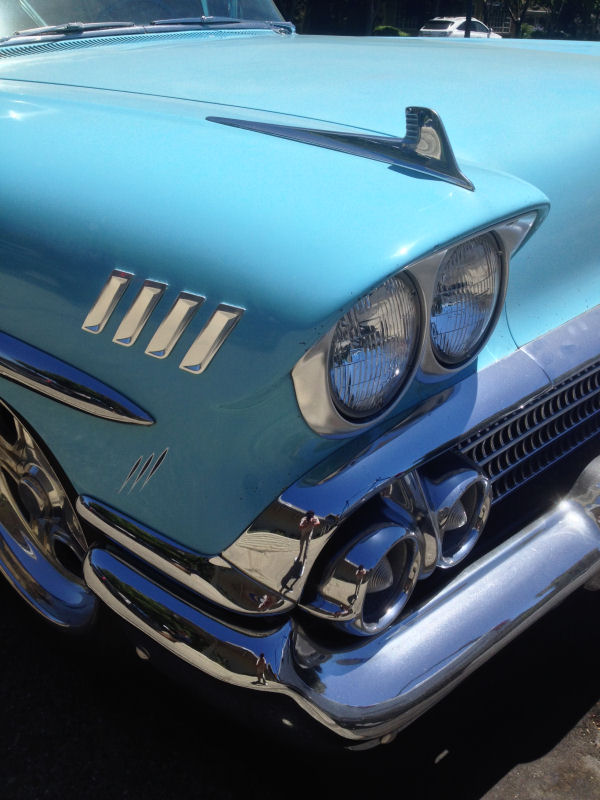 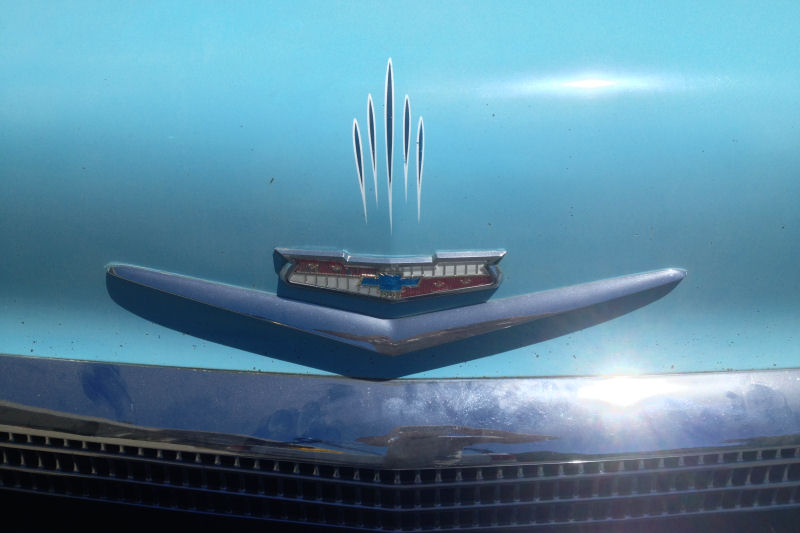 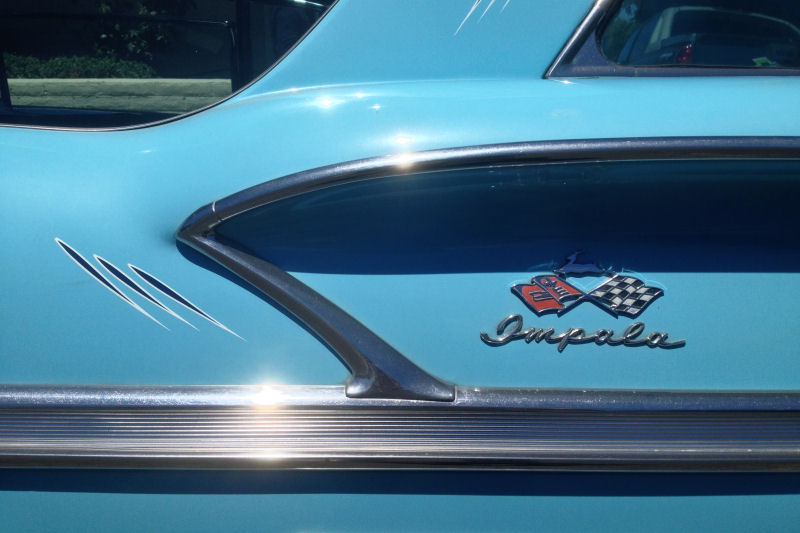 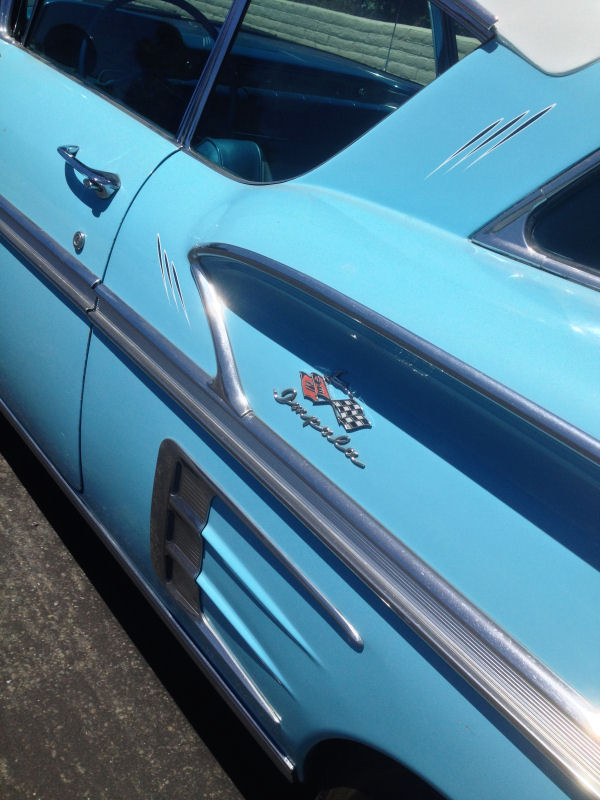 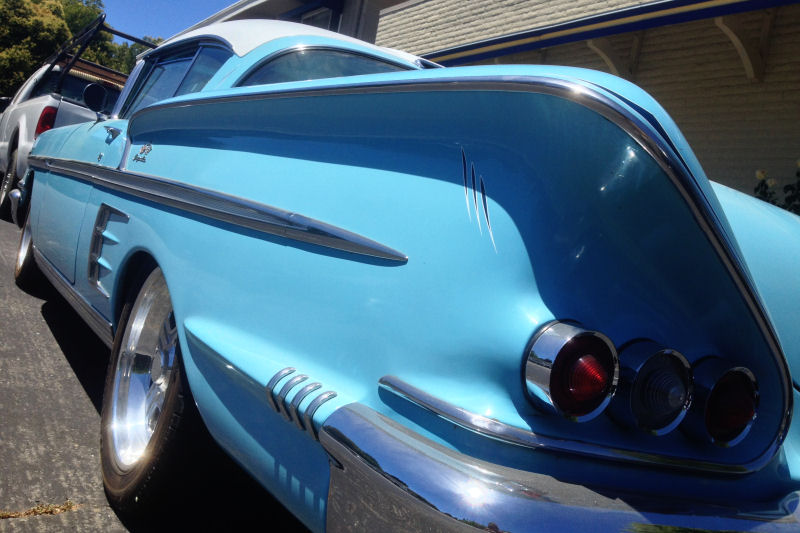 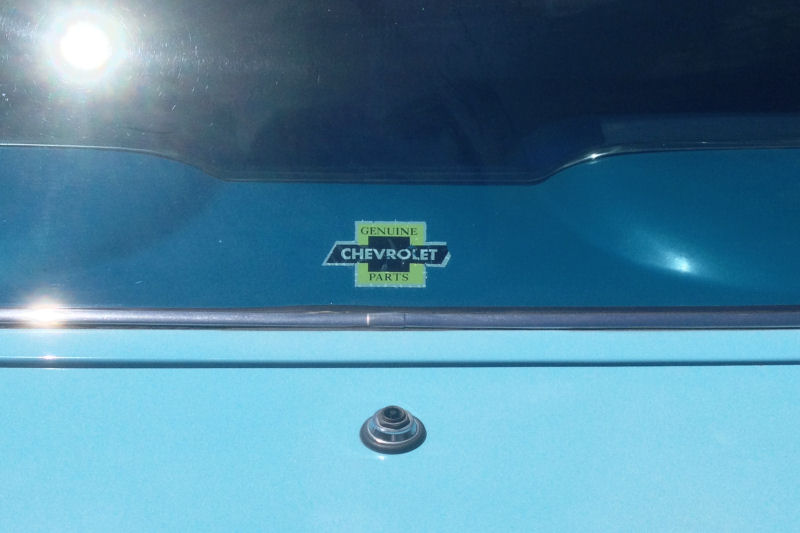 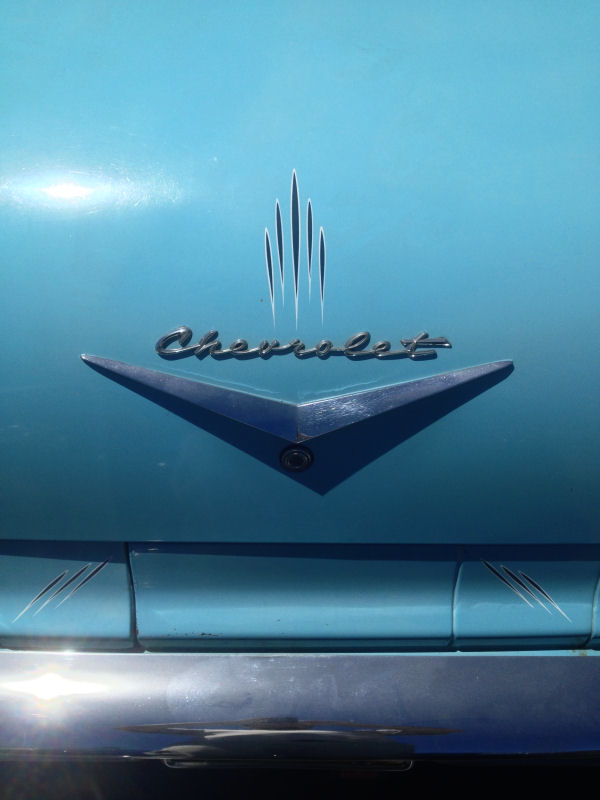 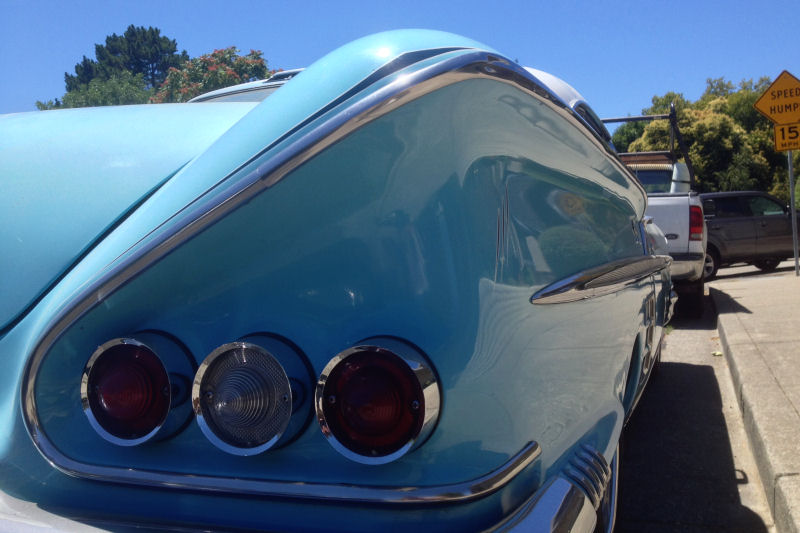 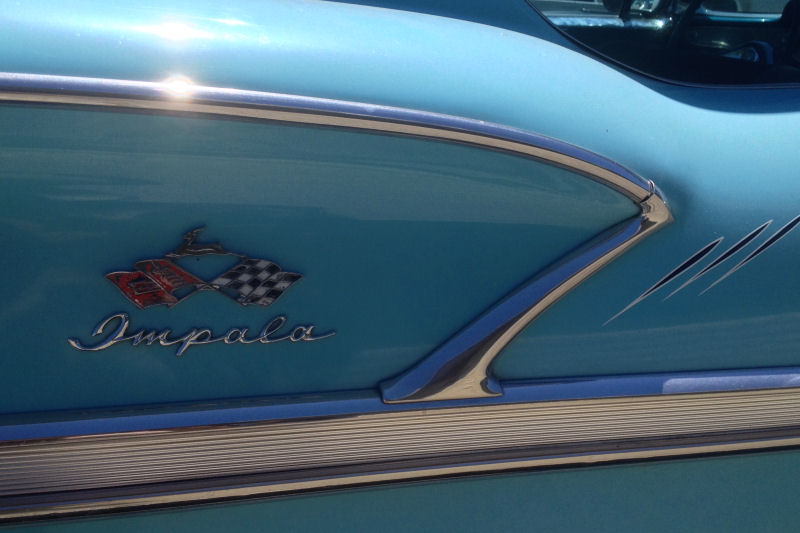 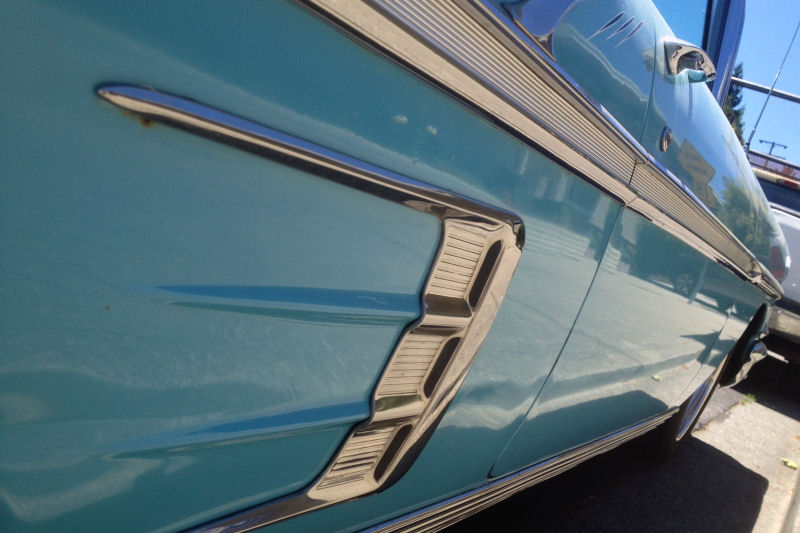 This Impala is a mild custom with modern wheels and a little restrained pinstriping work. It looks to be a solid driver with a bit of wear visible. Some of my readers are completionists who would like to see a full visual walkaround of my subjects, but you can probably see that pesky blue Prius parked up close behind. So no rear end shot for you. I tend to favor the lower trim models for their cleaner design, but these fancy Impalas are the most favorable '58 Chevys. Decent ones can be $30,000-plus, with fully restored examples known to hit six figures at auction. They're special cars.