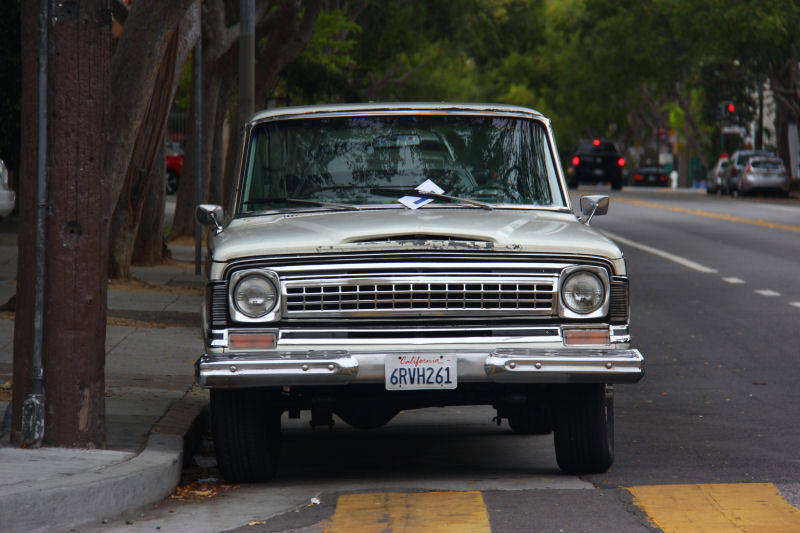 Alright, alright, I know. This is Independents' Week. So why a Jeep? Jeep is part of Chrysler, hardly an independent automaker. (One could argue that Chrysler is pretty darn dependent nowadays, seeing as Fiat's calling the shots, but that's another story.) Well, Jeep used to be independent or at least was produced by a series of independent companies. 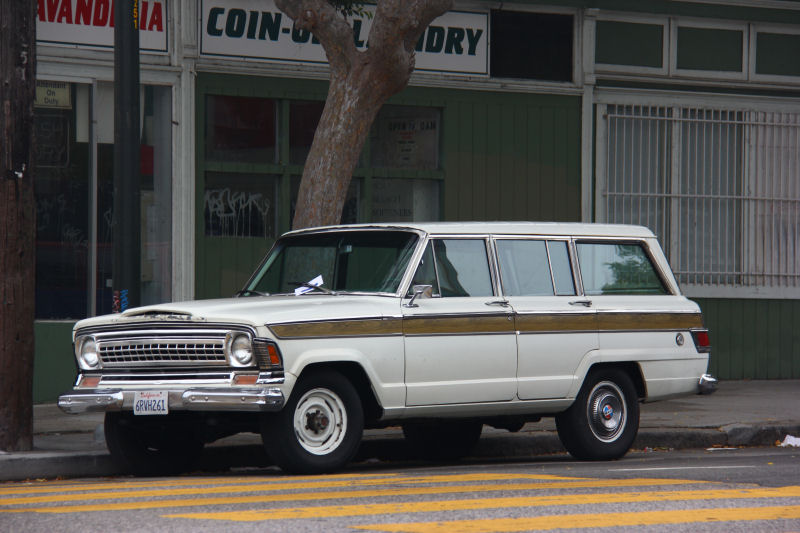 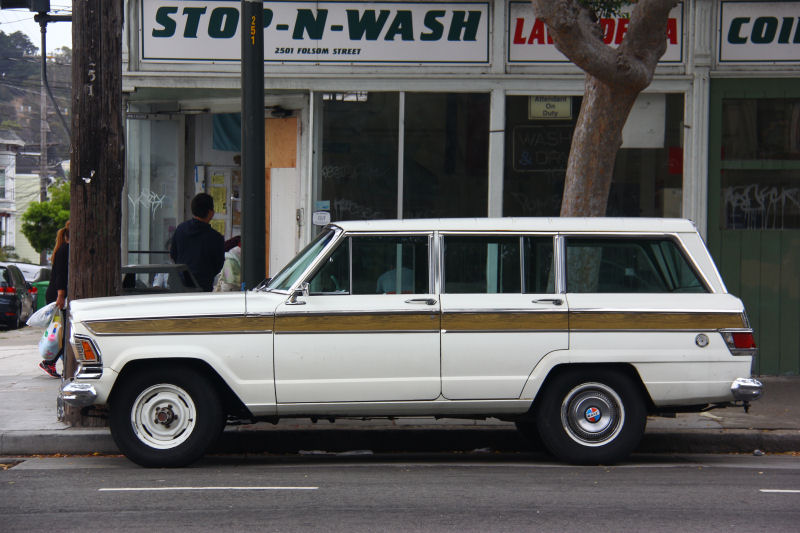 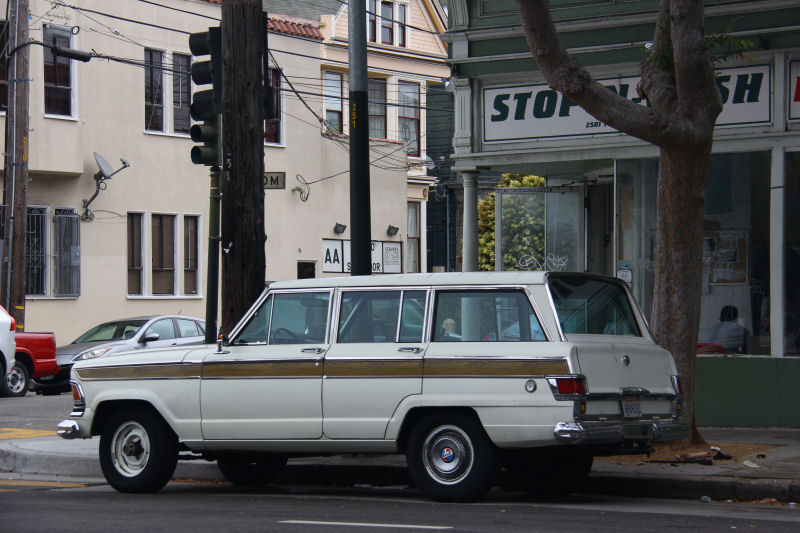 As we all know, Jeep came about as a product of World War II. The U.S. government needed a light, go-anywhere utility vehicle for the troops. American Bantam, Willys-Overland and Ford all designed their own prototypes, and the Bantam design was effectively claimed by the government when Bantam had no hope of meeting production demand. Revisions were made including using a Willys "Go Devil" engine and the production contract was granted to both Willys and Ford during the war. Amazingly the now-familiar Jeep stamped vertical bar grille was actually created by Ford, and they even sued Willys for the use of the Jeep name (Ford lost in court). Willys changed it to a seven-slot design after the war for trademark purposes, a motif that has endured for most of Jeep's history. 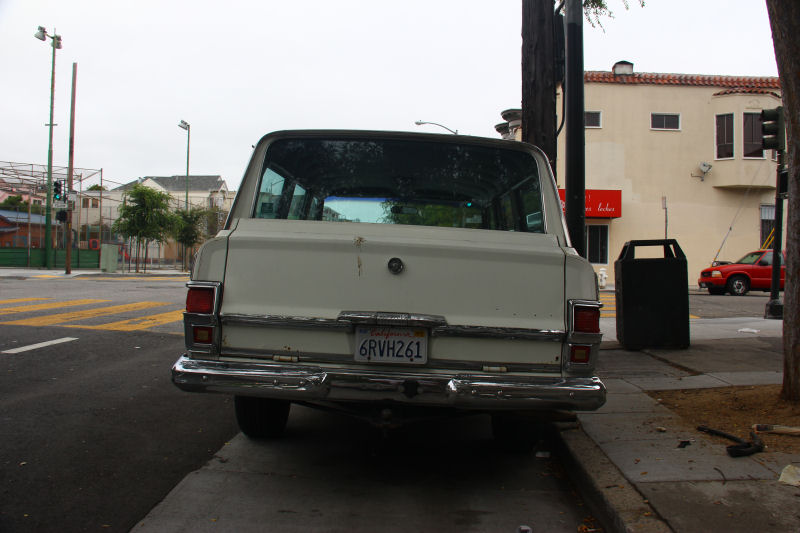 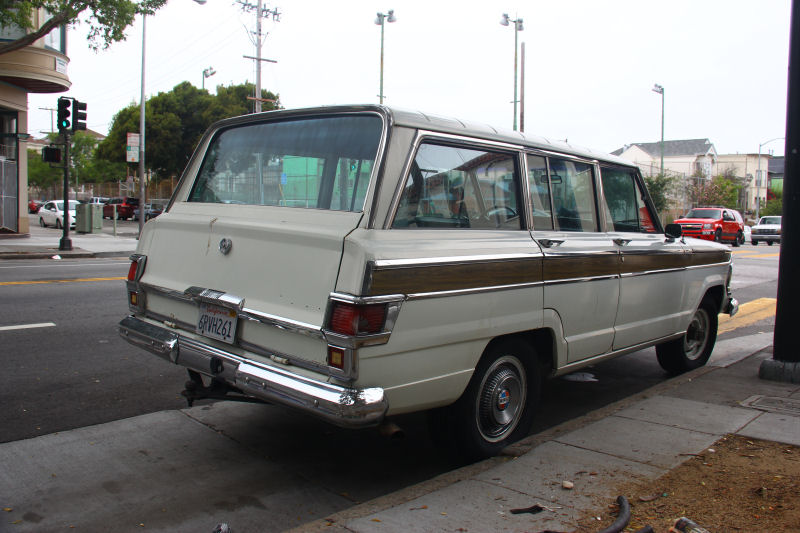 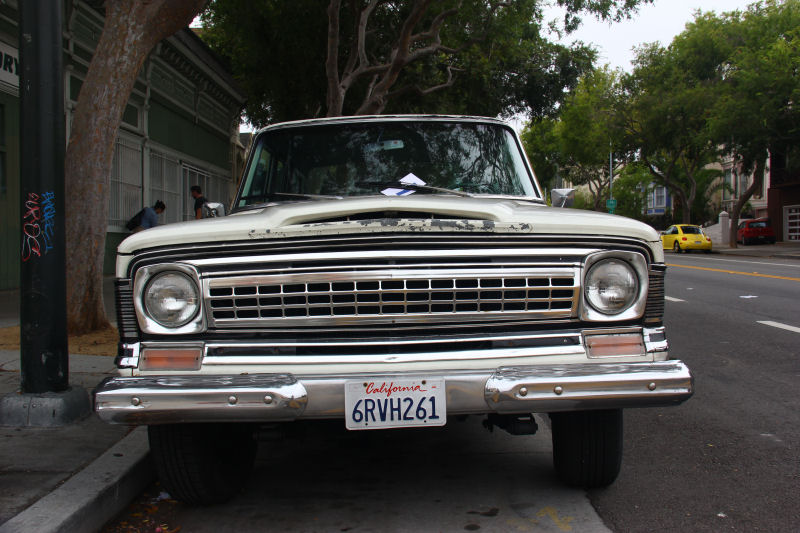 Jeep was official property of Willys-Overland until Kaiser-Frazer took over in 1953. Kaiser built our previous feature car this week, a 1949 Special Traveler sedan. Kaiser had determined that its future lay not in passenger cars, but in trucks. Willys Jeep wagons and pickups, and Jeep CJs saw the company through the 1950s. Willys was phased out in 1963 and the company was renamed Kaiser-Jeep. At that same time, Brooks Stevens designed a proper modern four-wheel-drive family station wagon, the Wagoneer, and its pickup-truck brother, the J-Series or Gladiator. Jeep was purchased by American Motors in 1970, so by the time this early-'70s Wagoneer was built, it was technically an AMC product. 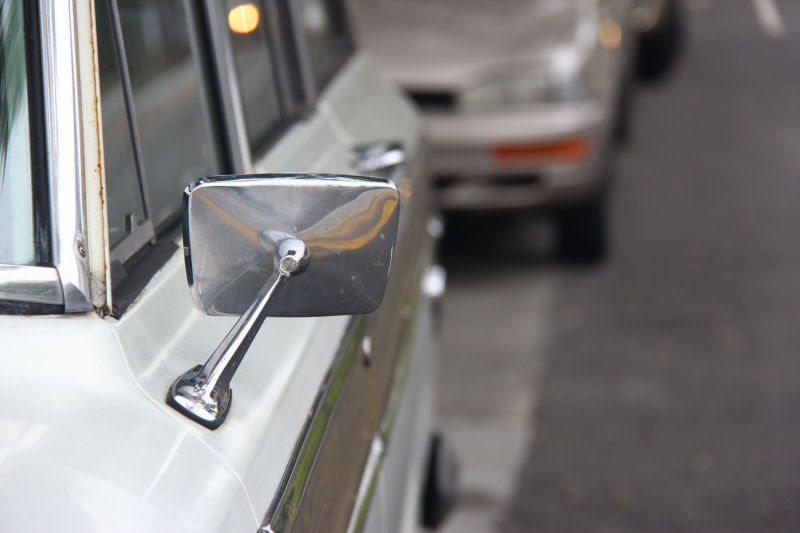 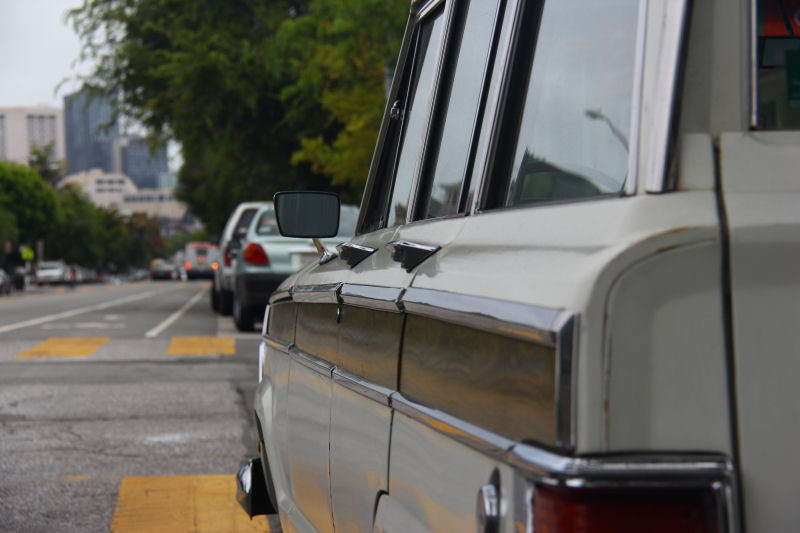 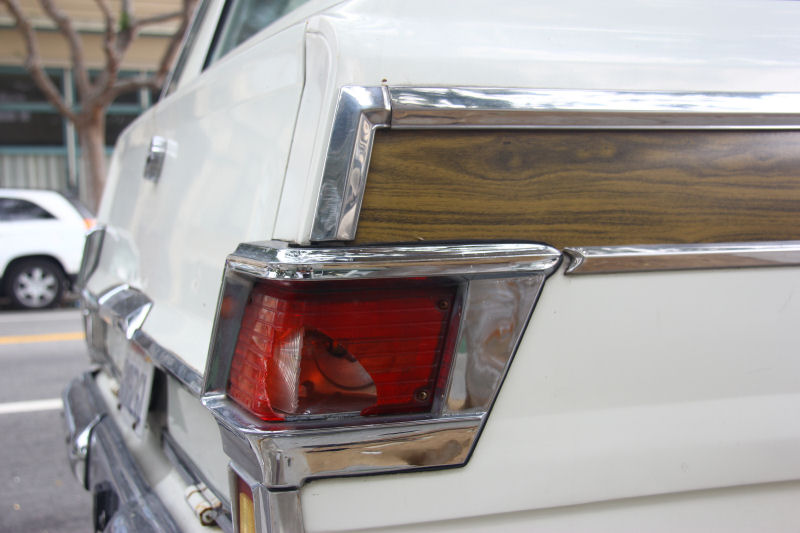 AMC did an interesting thing with the iconic Jeep vertical bar grille on the Wagoneer: they got rid of it. The Wagoneer went with a generic horizontal eggrate grille for years as seen here, then AMC replaced it for 1979 with a plastic grille of fine horizontal bars and a jutting coffin-nose shape for the remainder of the Wagoneer's run. The fun thing about these trucks is that they are architecturally similar between 1963 and 1991, so you can pretty much bolt on whatever front end you like, including Cherokee Chief or J-Series pickup fronts. 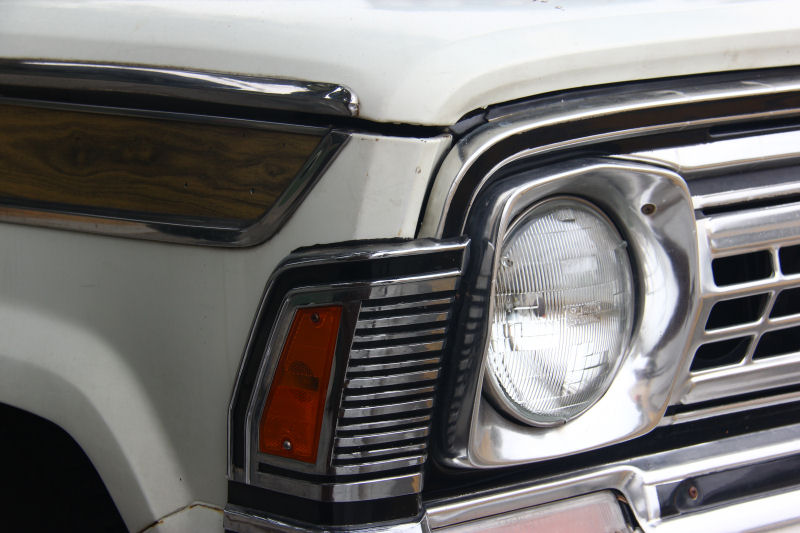 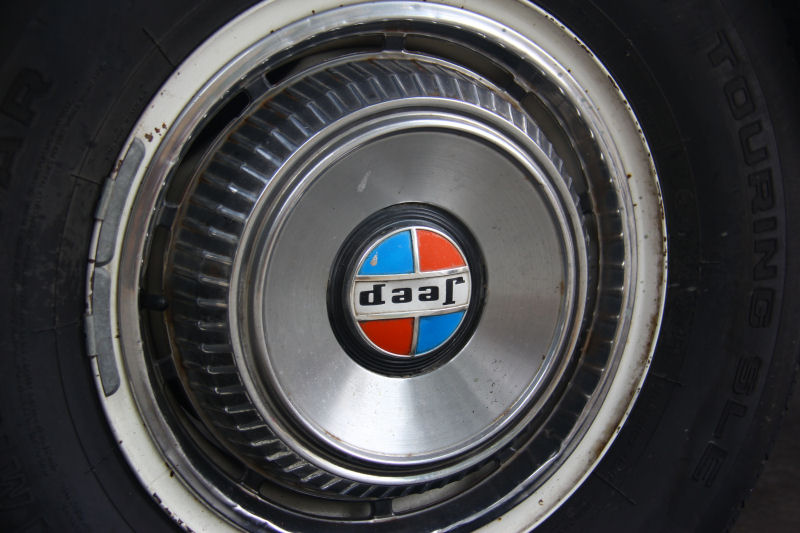 I'm not actually certain of the model year of this truck. It could be anywhere between 1970 and 1973, judging by the front corner trim pieces. The hubcap style with red and blue centers dates it to 1972 according to JeepWillysWorld.com's hubcap guide. Of course, that assumes the hubcaps are original. And with recent license plates and no smog history, that's as far as I can go in dating its manufacture. It does look pretty cool in plain white with just enough woodgrain trim on the sides. Later Grand Wagoneers laid it on pretty thick with the fake woodgrain and today you see many of them cruising around with large areas of badly discolored, peeling stickers. This truck needs some work but still looks solid and I'm sure that anything needing replacement can be sourced easily enough.