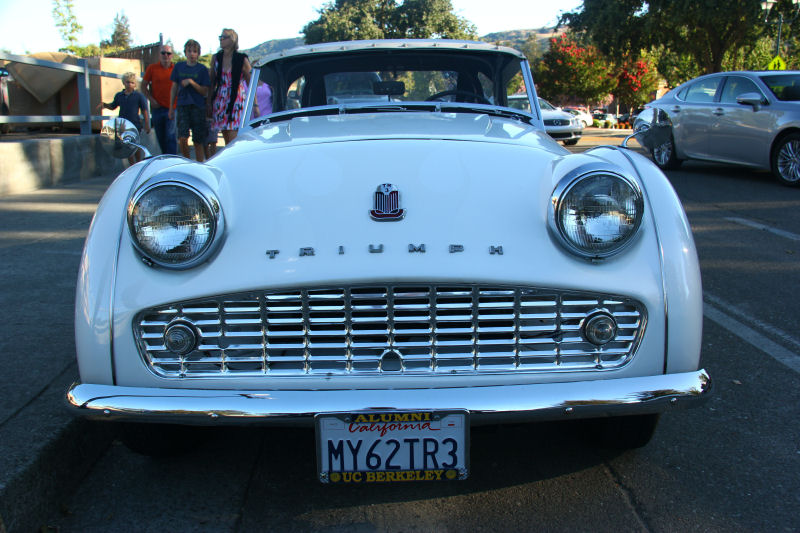 I've never really known what to make of most older Triumph sports cars. The 1950s and 1960s TR2 and TR3 roadsters have a certain bug-eyed look to them. The TR4 was starting to evolve into a modern sports car and eventually turned into the pretty TR6. Then everything went to hell with the wedge-shaped TR7 and Rover V8 powered TR8 in the late 1970s. (I'd love to feature a TR7 or TR8 someday, but they're hard to find.) 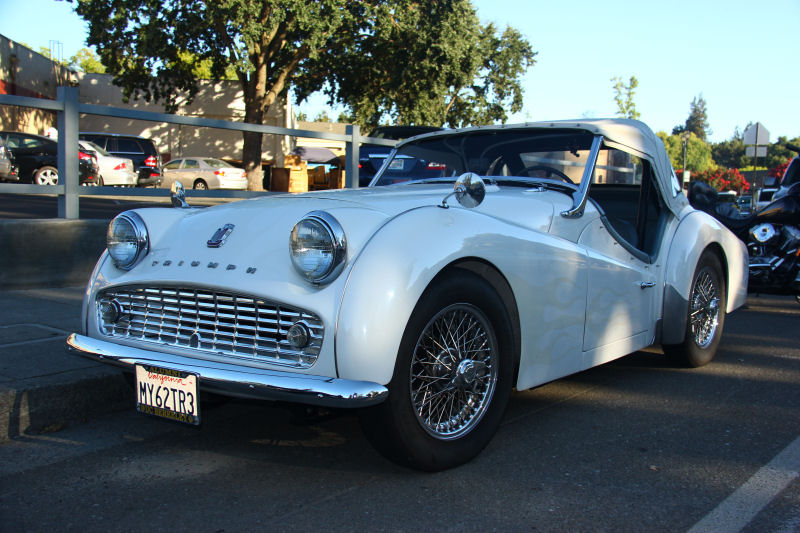 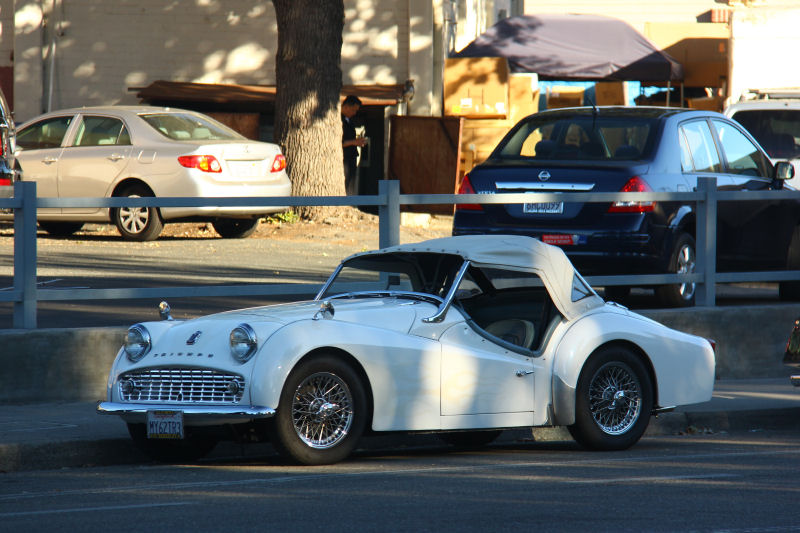 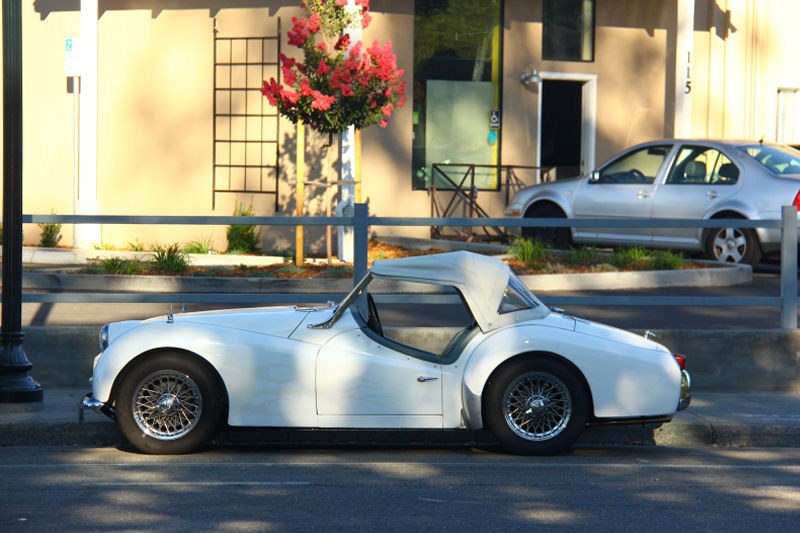 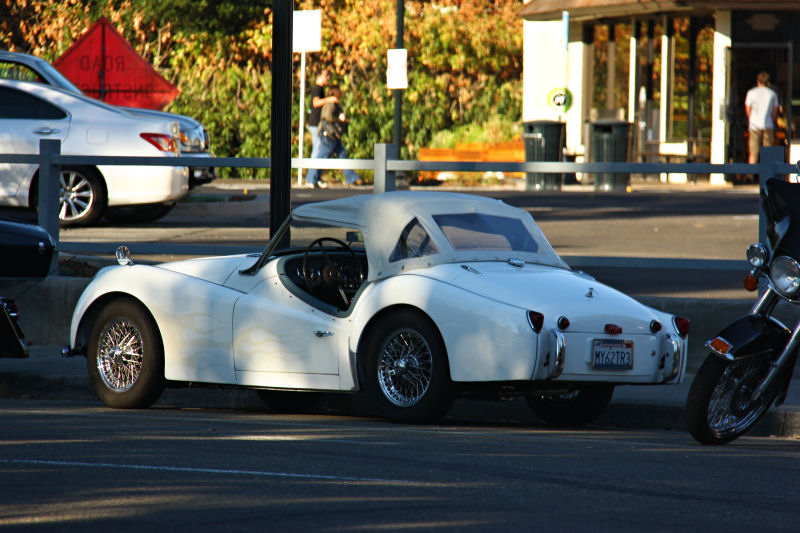 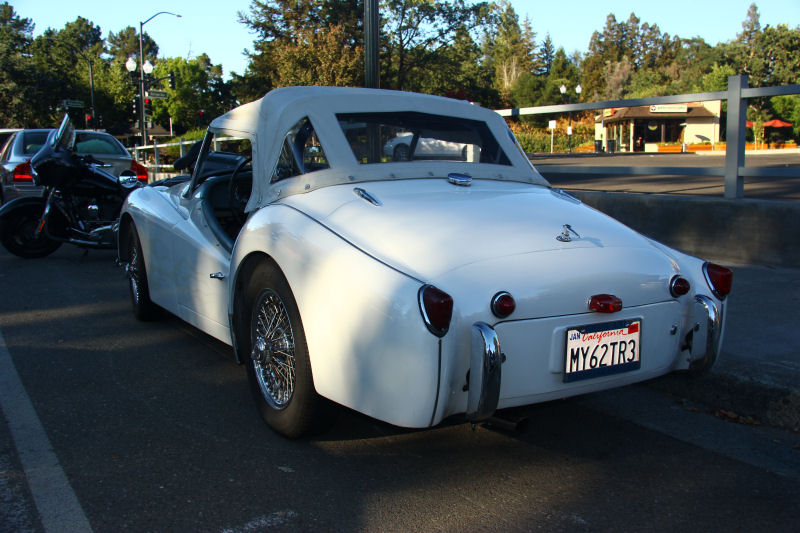 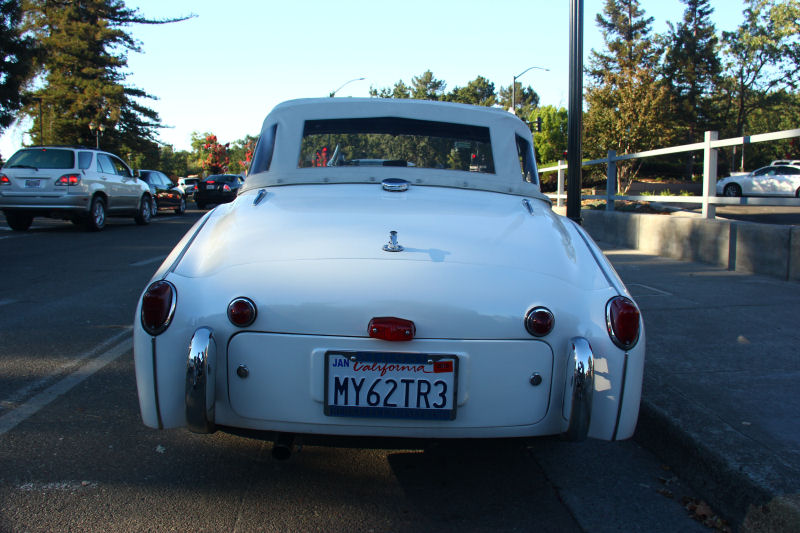 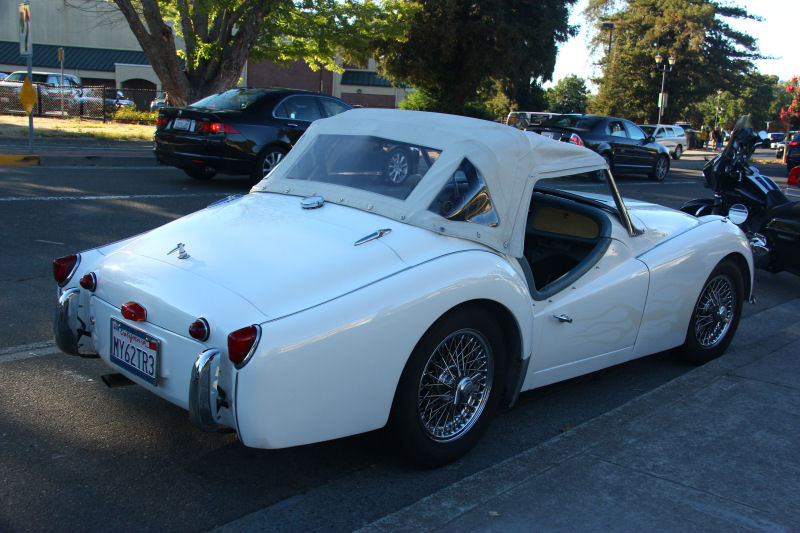 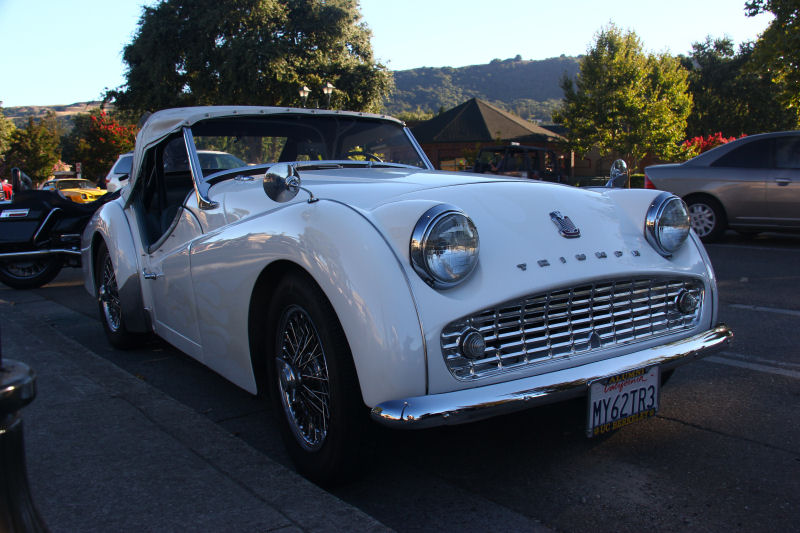 In between all these models was the TR3, a transition from old to new that changed a fair amount during its life. The TR3 started out looking much like the TR2, with a narrow grille and prominent fenders. The TR2 had been a direct competitor to the Morgan sports roadster. When the benchmark is a pre-war car with a wood frame, the only place to go is up. The 1955 TR3 brought increased power and improved braking ability. An updated version, the 1957 TR3A, brought mostly visual changes such as a full-width grille and exterior door handles. The TR3B was the final version of the TR3, available only in 1962. By this time the new TR4 was already out, but Triumph didn't know whether customers would embrace that car. So the popular TR3 was kept in production for another year, and fitted with the larger engine and syncromesh transmission of the TR4. 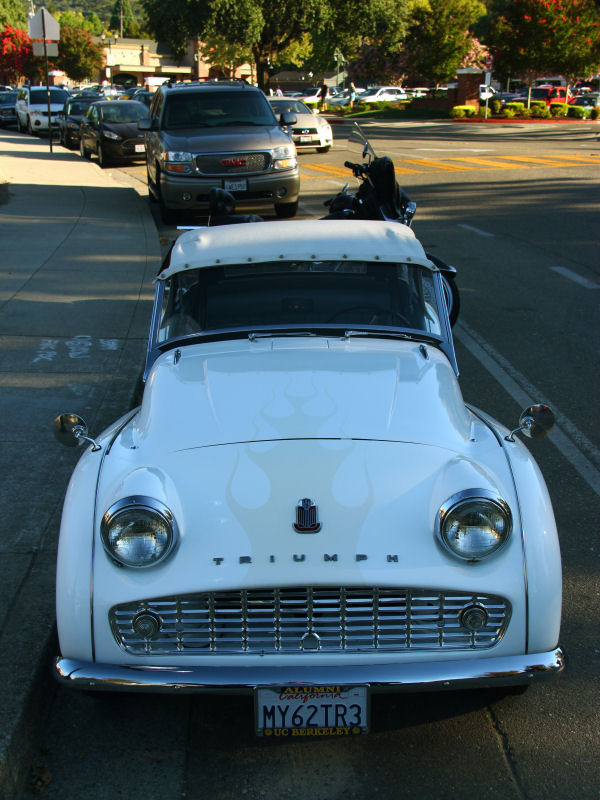 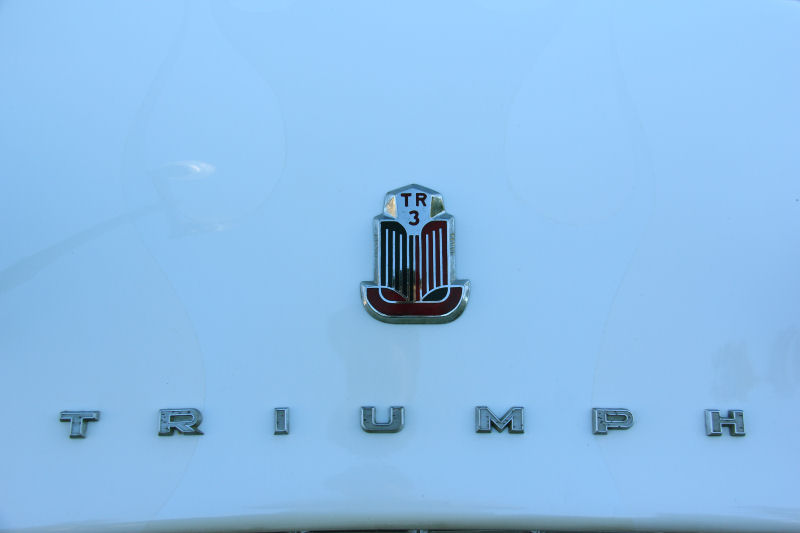 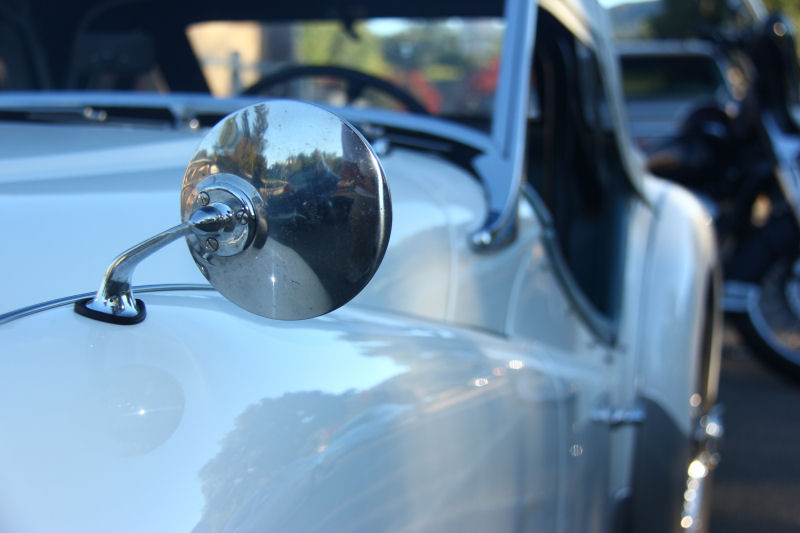 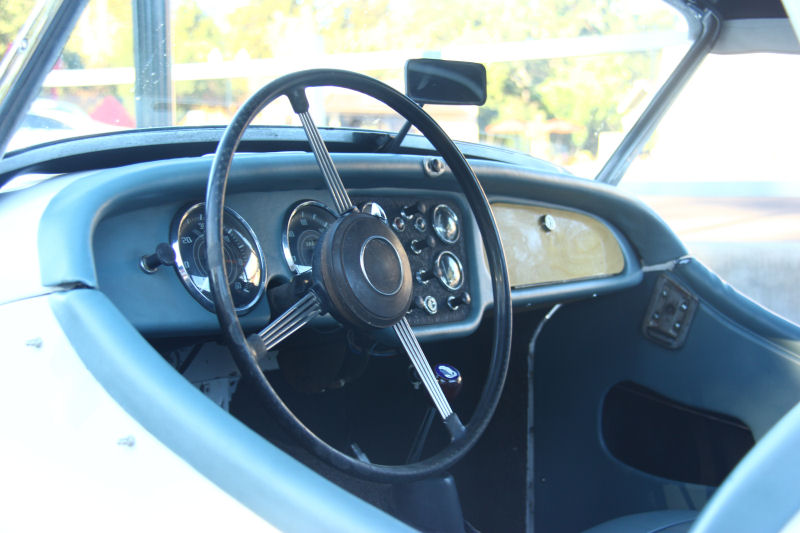 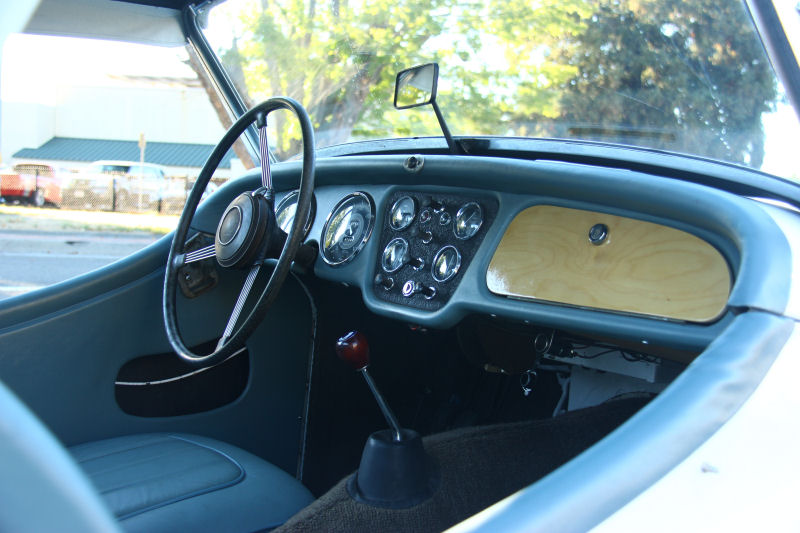 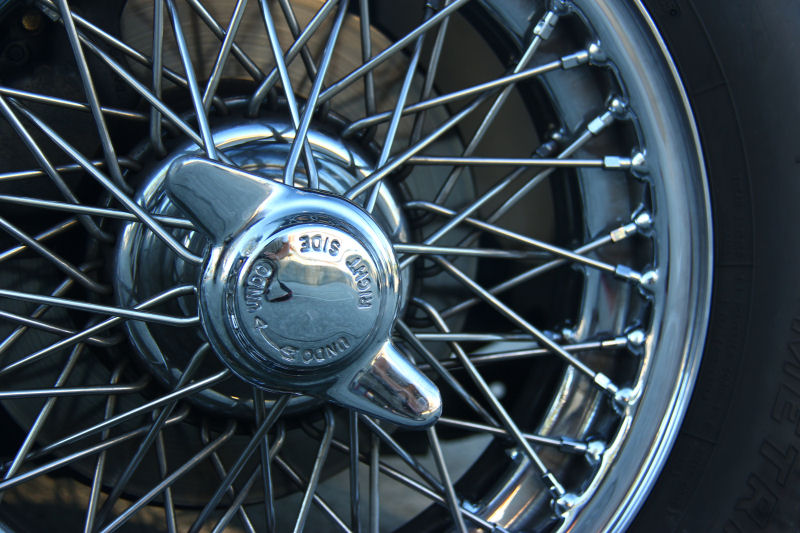 This TR3 appears to be one of those '62 TR3Bs as indicated by the custom license plate. It's a clean example finished in white with a white removable soft top and an interesting bluish interior. Curiously, the owner has chosen to decorate the body with ghost flames. Usually the only flames you'll see on a British sports car are from fluid leaks or perhaps some catastrophe involving Lucas wiring. Fortunately these flames don't affect the car's value nearly as much! I admit that if it was mine, I wouldn't have painted flames on it, but I'm also not the kind of person who drives a classic British roadster. So, good on the owner for getting out and enjoying this old Triumph.