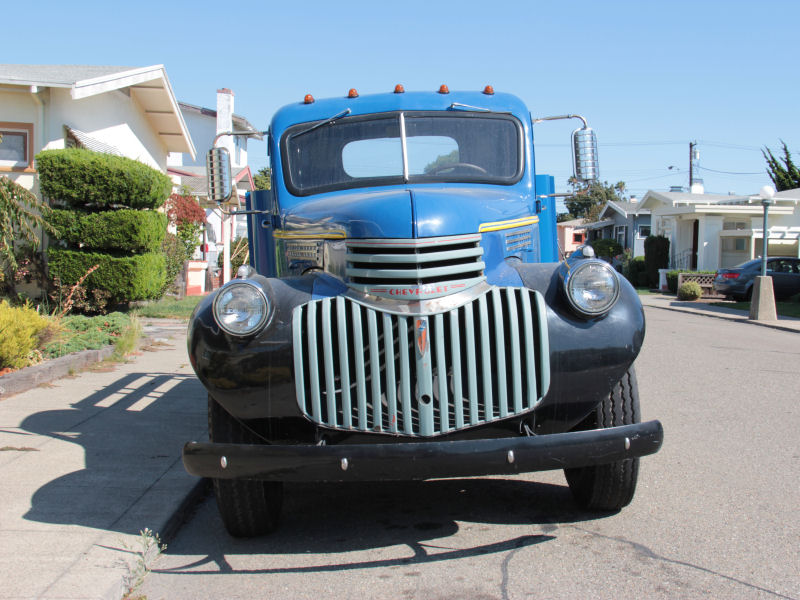 Two years ago I featured a mid-1940s Chevy commercial flatbed truck. That one was a challenge to identify because of I don't know commercial trucks very well. Here we have another one which may be a 3600 series 3/4 ton model, which if I've guessed correctly is classified as a model 3609 stake bed. 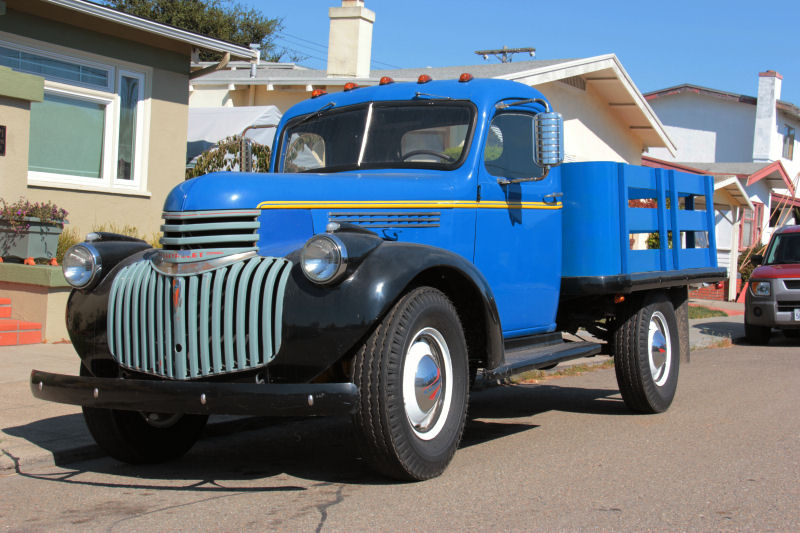 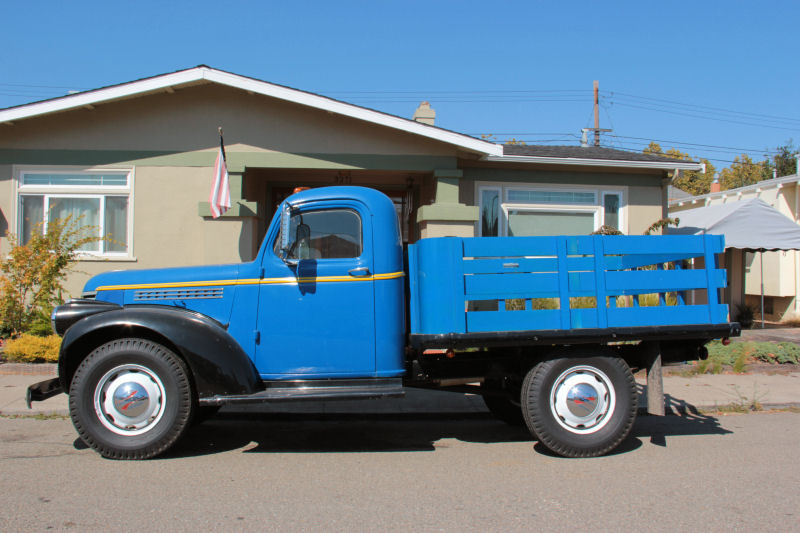 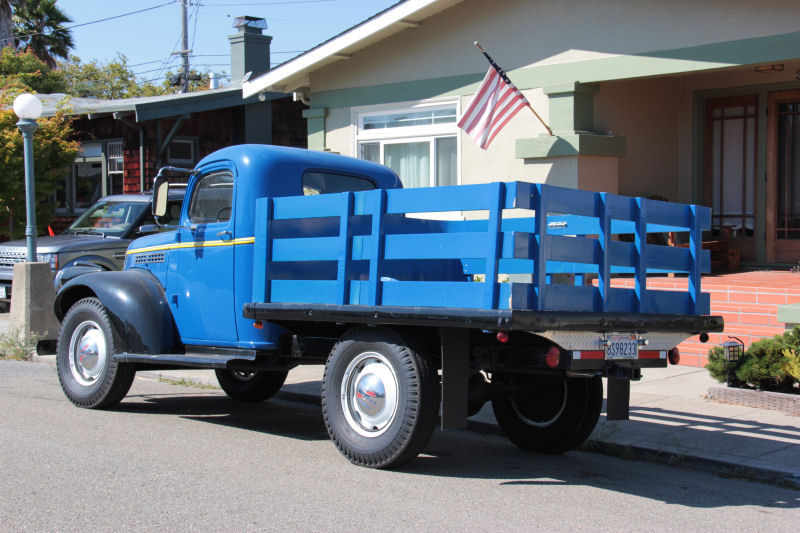 Chevy trucks didn't change a whole lot between 1941 and 1946 on account of a little event called World War II. Postwar trucks had engineering improvements but visually were almost identical to models of five years before. True to their utilitarian nature, they were sold in a variety of solid, commercial-friendly paint colors with black fenders unless otherwise specified. Many featured simple painted trim in place of chrome. This one appears to be Export Blue over black, with body striping in Armour Yellow. Assuming the sales literature I read was correct, factory striping on blue trucks was normally Argent Silver. Customers had one engine option on smaller trucks like this, a 216.5 cubic inch inline six making roughly 90 horsepower. A three- or four-speed manual transmission put that meager power to the rear wheels. 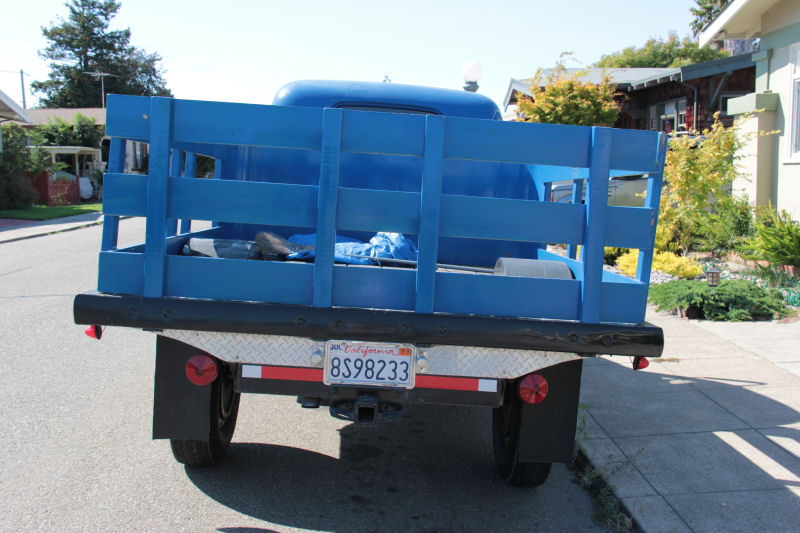 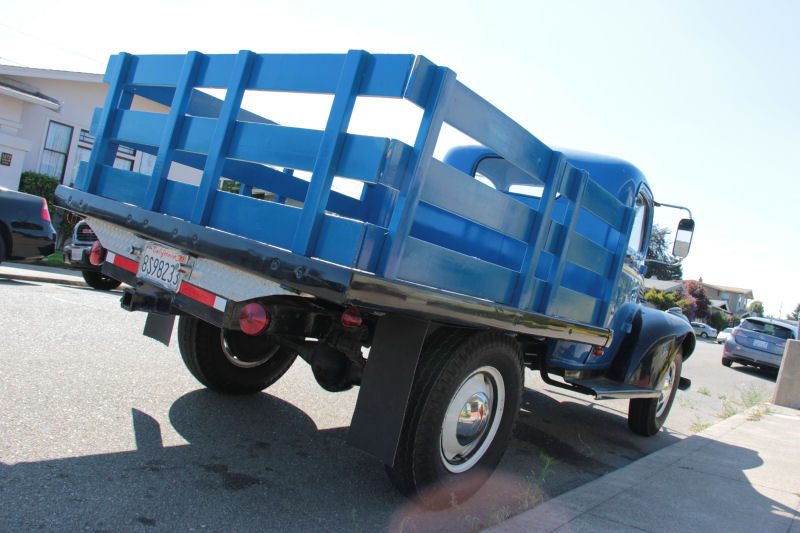 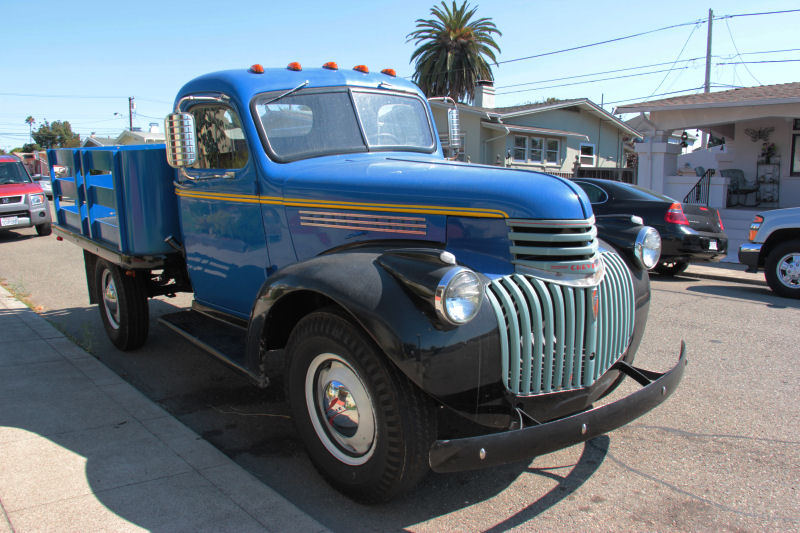 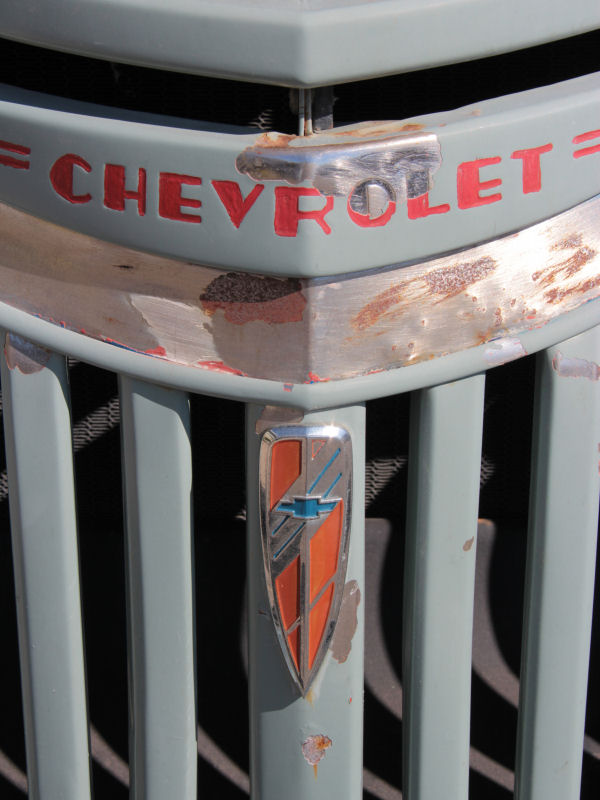 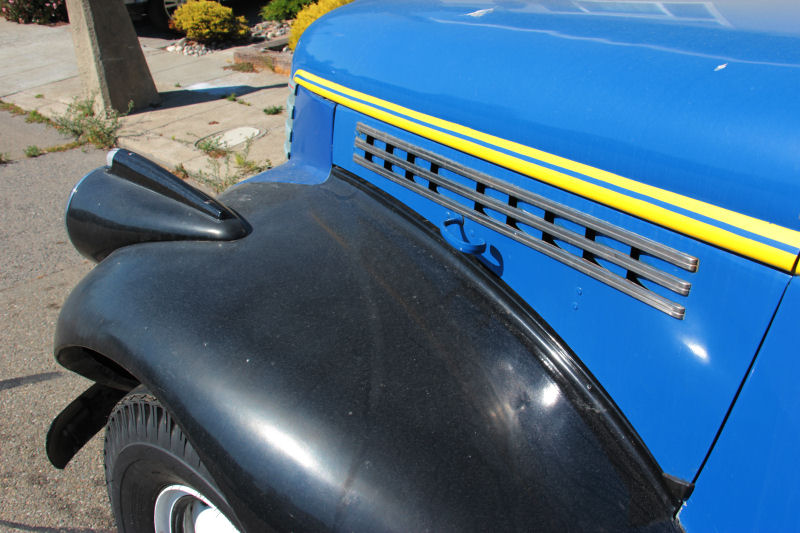 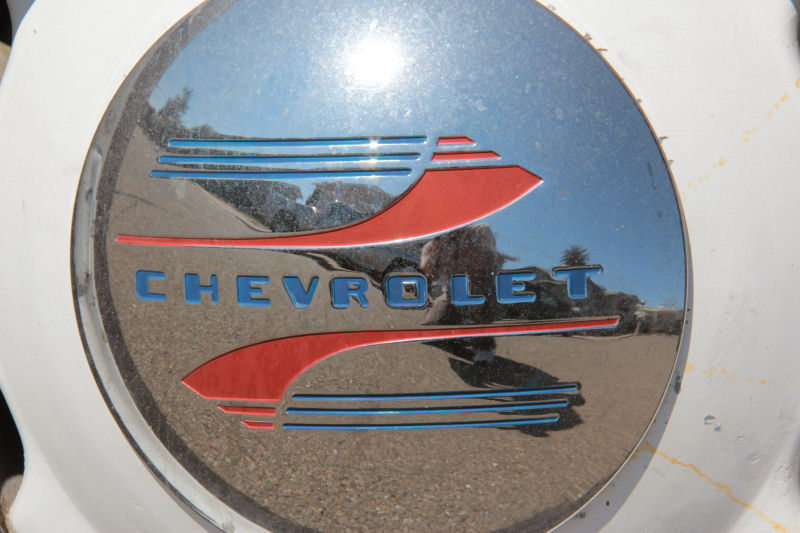 This truck is in pretty good shape. I like the cheerful color combination. The stainless grille seems like it wants to be seen, because the battleship gray paint is coming off. Most of these trucks that I see have been restored with nice shiny grilles and bumpers, so it's a little unusual seeing bright mirrors and hood trim along with a black bumper and gray grille. There are a few modern pieces on this truck, mainly the rear lights, cab running lights and a newer trailer hitch. They don't spoil the vintage look of the old Chevy. This was one of my earliest shoots with my current camera, discovered by chance on a quiet little street. Some of the best sightings can come from random turns down streets like that.

Photographed August 2013
Posted by Jay Wollenweber at 12:00 AM