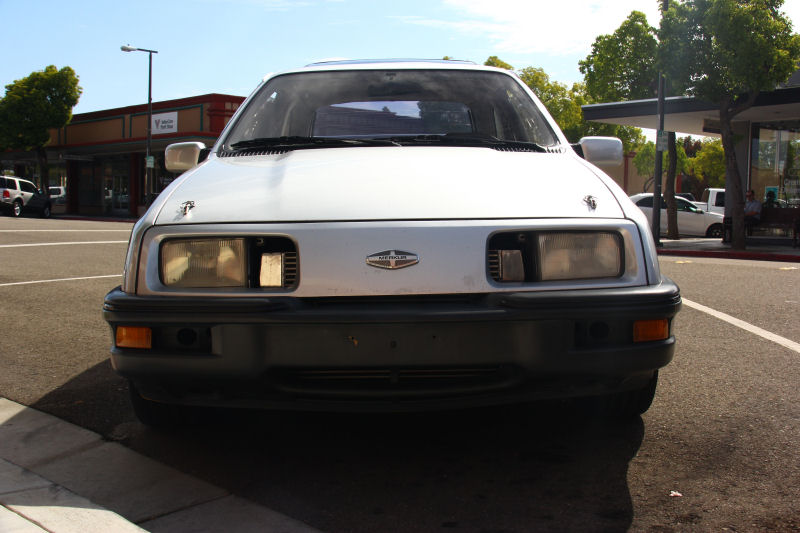 It's the mid 1980s. You're a moderately successful professional in the market for a new prestige car. You could buy a Cadillac, or a Lincoln, or a nice Chrysler. But you want something a little more European, smaller, and sporty. You could buy a BMW 3 Series, but every yuppie buys a BMW. So you bite your lip and walk onto the lot at the Lincoln-Mercury dealer, past the squishy Grand Marquis and Town Cars, past the formal-roofed Cougar and hump-trunked Mark VII LSC with their thirsty V8s. On one side of the lot there's a shiny two-tone hatchback that looks like nothing else there. "What's a Merkur?" you ask the eager salesman who caught you staring at this strange car that says it was made in Germany. A four-cylinder with a turbocharger? The salesman proudly tells you this car shares its 2.3 liter turbo engine with the Mustang SVO and Thunderbird Turbo Coupe. You didn't even know you could get a Mustang with a turbo! So you test drive this unusual alphanumeric car. It ticks the boxes you're looking for. Alloy wheels, moonroof, rear spoiler, minimal brightwork, rear-wheel-drive, sport-tuned suspension, five-speed manual, and it pulls when you stomp the gas and the turbo spools up. You take a chance, sign on the dotted line and become the only person in your neighborhood with a Merkur XR4Ti. 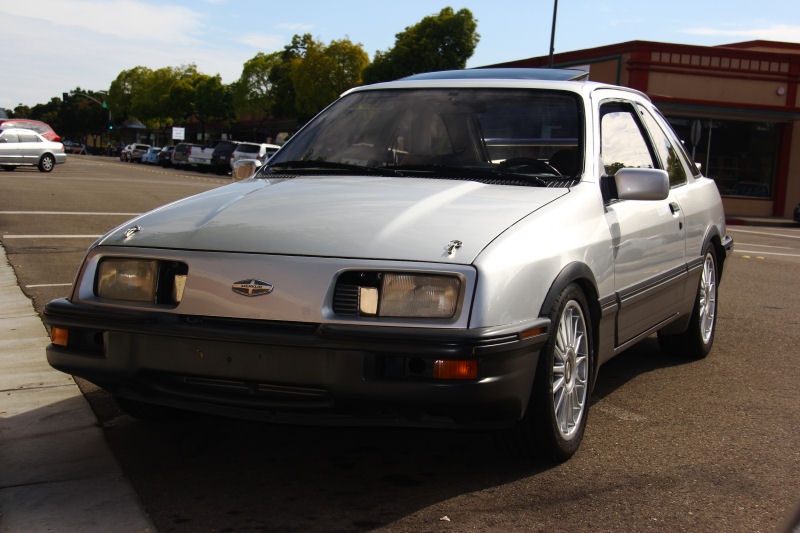 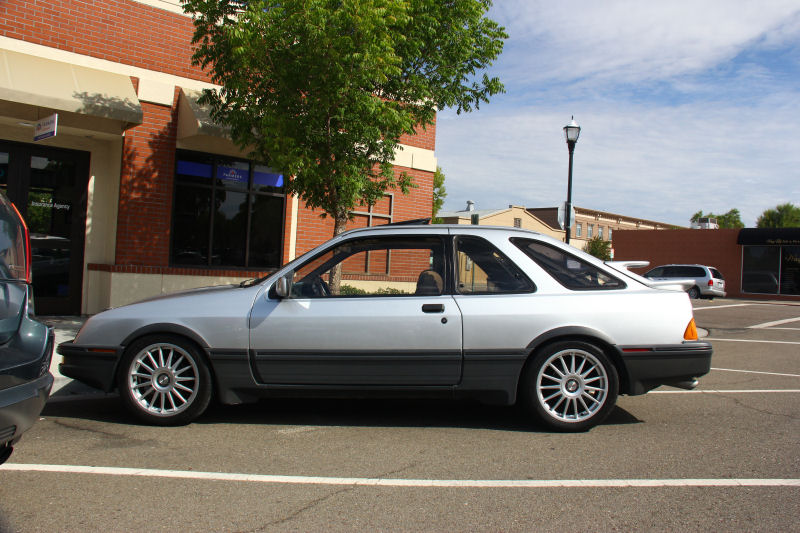 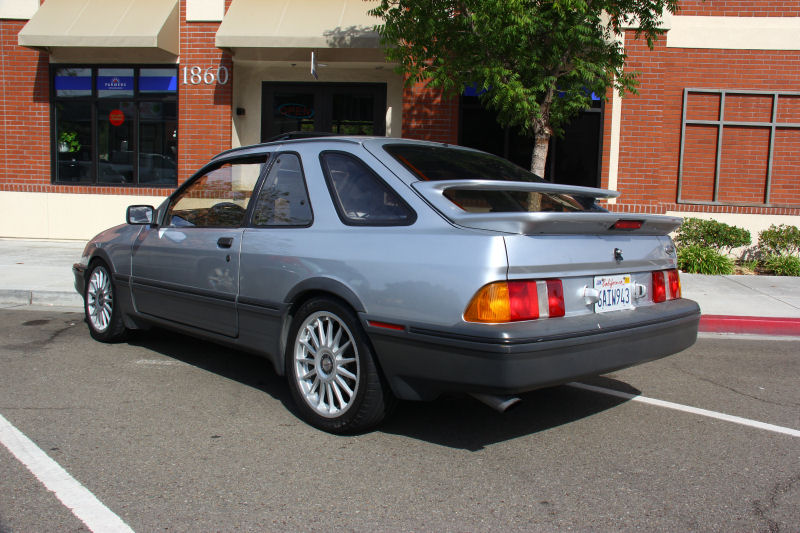 Fast forward 25 years. You're a young guy. The muscle car bug has bit you bad and you're surfing Craigslist looking for a Foxbody Mustang. The problem is, they're all thrashed except for a couple that are too expensive. One of the search results isn't a Mustang at all but it piques your interest. An older gentleman is selling his well-kept Merkur XR4Ti. "What's a Merkur?" you ask yourself. The thought of a four-banger Ford hatchback initially gives you bad memories of that Escort you drove in high school. The silver car looks a little weird but it's the same size as a Mustang, rear-wheel-drive, stick, and it has a turbo so it shouldn't be a total dog. With some mods it might give your buddy's E30 325i a run for its money. You take a chance, sign on the dotted line and become the only person in your neighborhood with a Merkur XR4Ti. 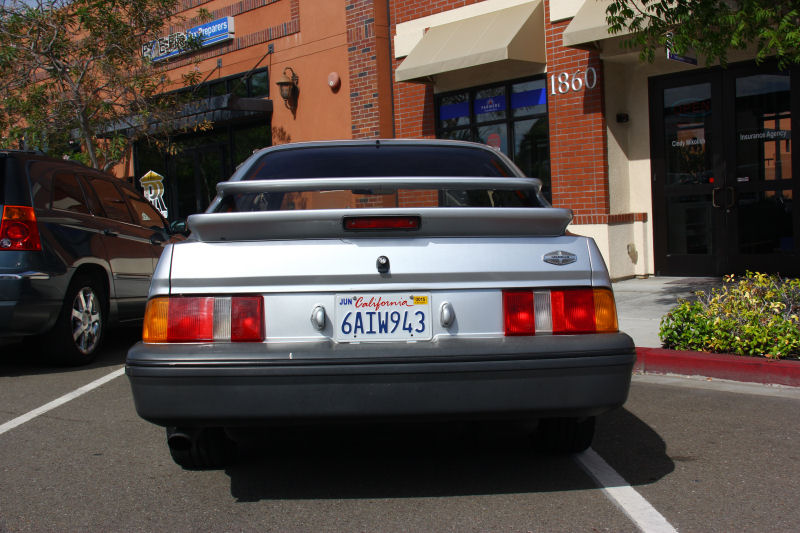 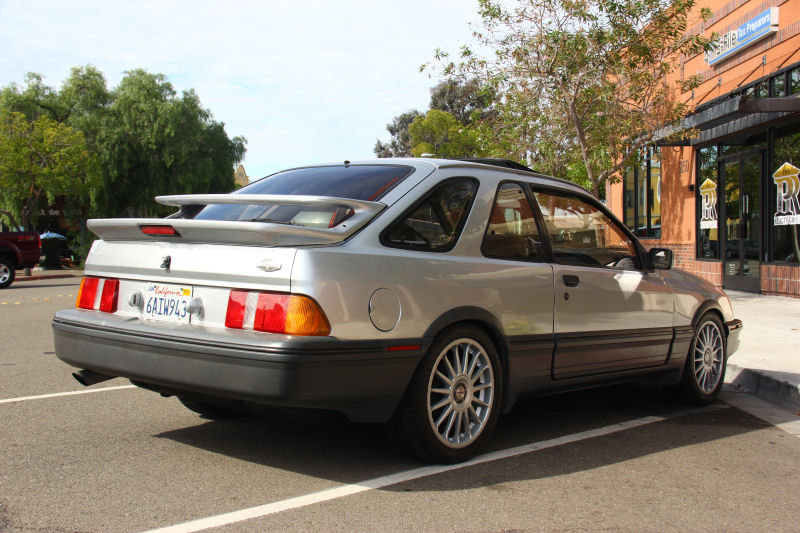 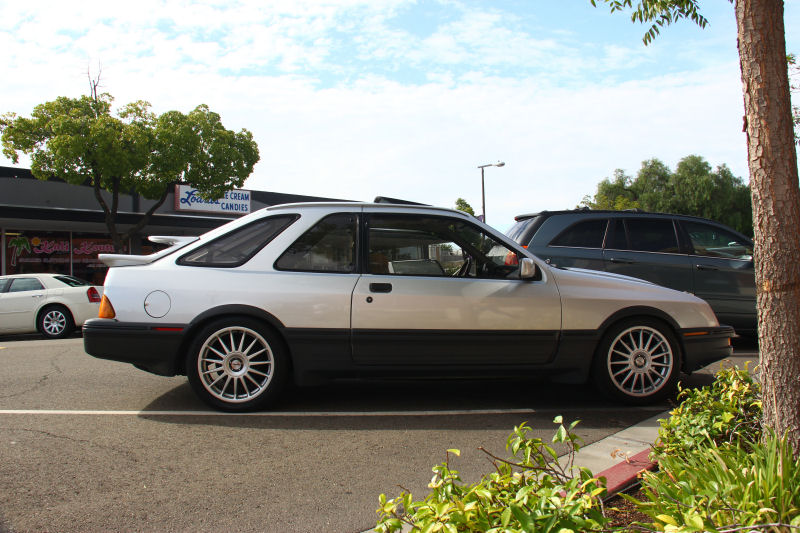 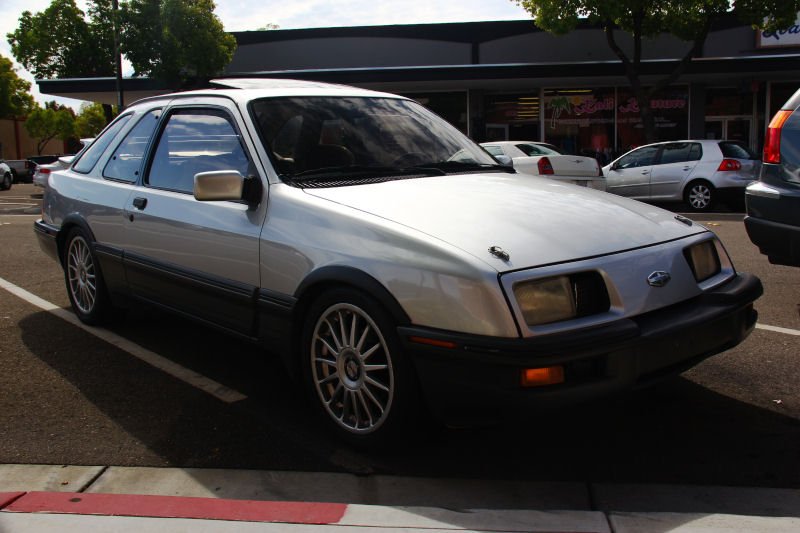 I've always been fascinated with Merkurs. When I was a kid I had a toy car by Maisto, labeled on the bottom as "Ford Sierra XR4Ti". On the hood it said "Merkur XR4Ti" which my young mind interpreted as "Xrati". I played with that car a lot and only later did I learn about the name discrepancy, but to me it was always a European car. I never used to see many of the real cars, nor their Scorpio hatchback sedan stablemate, on the roads. This was probably because the Merkur brand itself only lasted from 1985 to 1989, and failed to compete in the U.S. market much like Rover's Sterling brand. 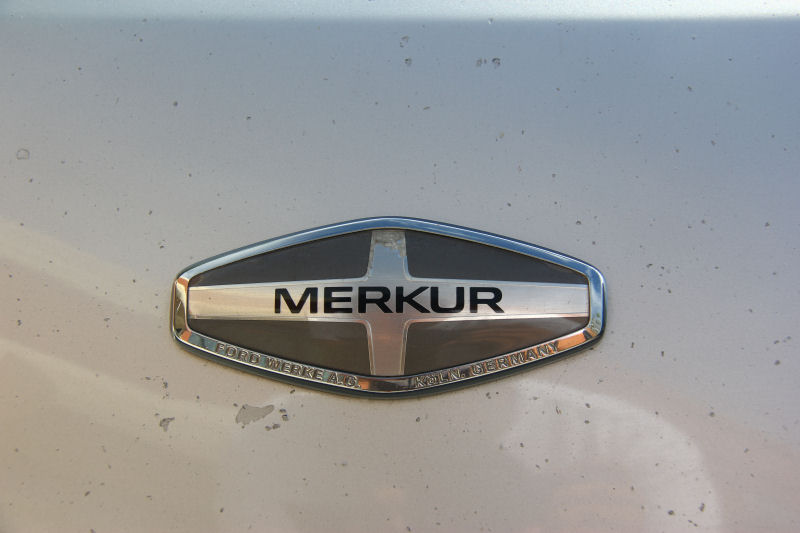 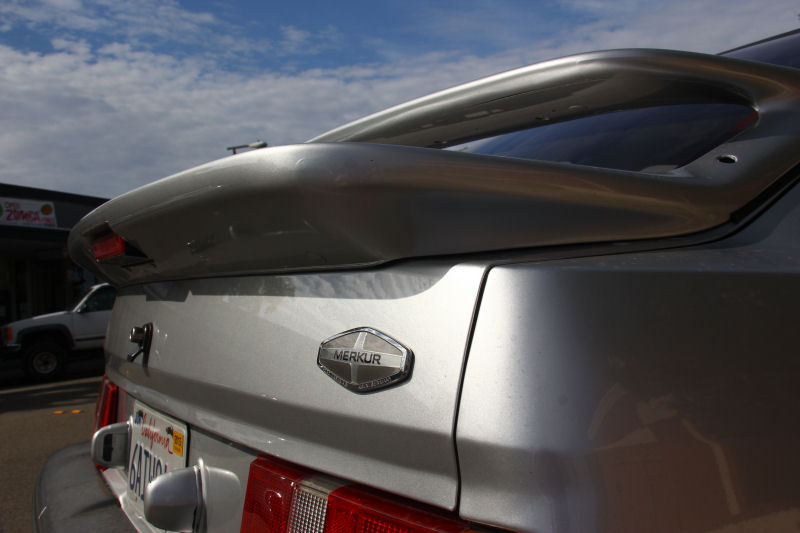 The XR4Ti was based on the Ford Sierra XR4i introduced in 1983 in Europe, with design changes made to comply with American crash and emissions regulations. Ford never imported the Sierra sedan, but would eventually bring over the 1985 Ford Scorpio in '88 to give Merkur dealers a four-door luxury model to sell. Both models still looked relatively fresh for their age, but the Scorpio was competing with the sleek Mercury Sable on the other side of the same dealership, which was slightly bigger and more exotic-looking, for less money than the Scorpio. The XR4Ti was competing with three or four other sporty coupes in Ford's own portfolio, made less power than a Mustang GT, and was rather expensive. The cool functional biplane spoiler was reminiscent of the European Sierra RS Cosworth, but the non-intercooled engine of the US car paled in comparison to the Cossie screamer.

Of course, the XR4Ti is now a relatively cheap used car. Our hypothetical young guy has pulled the stock alloys for larger-diameter, probably lighter rims on upgraded tires. The foglights and driving lights are gone, sacrificed to provide air inlets to -- what's this? -- Looks like it could be a much-needed intercooler for that turbocharger, or a high-performance radiator. Metal pins keep the hood closed during high-speed driving adventures. A stock five-speed '87 XR4Ti is supposed to be able to hit 130 mph. Who knows what else is going on under that hood?

Photographed September 2014
Posted by Jay Wollenweber at 12:00 AM