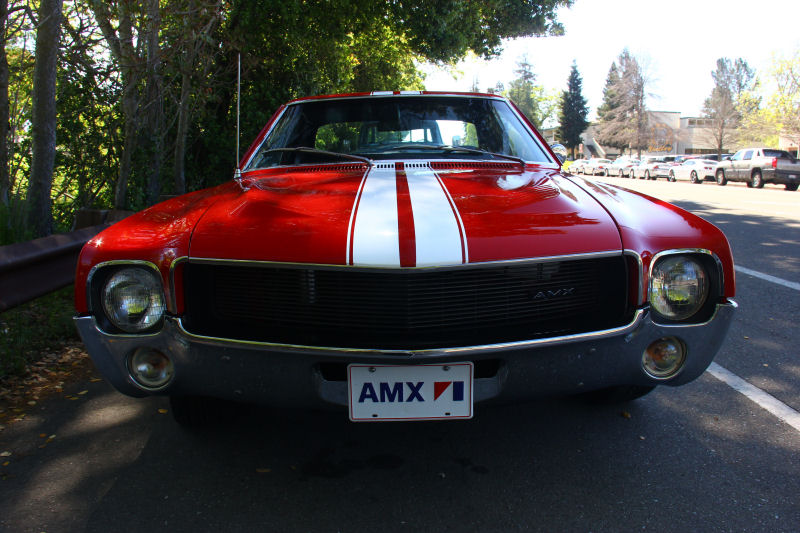 My Independents' Week feature series may be over, but I decided to add a bonus one just for the heck of it. Here's a 1968 AMC AMX. 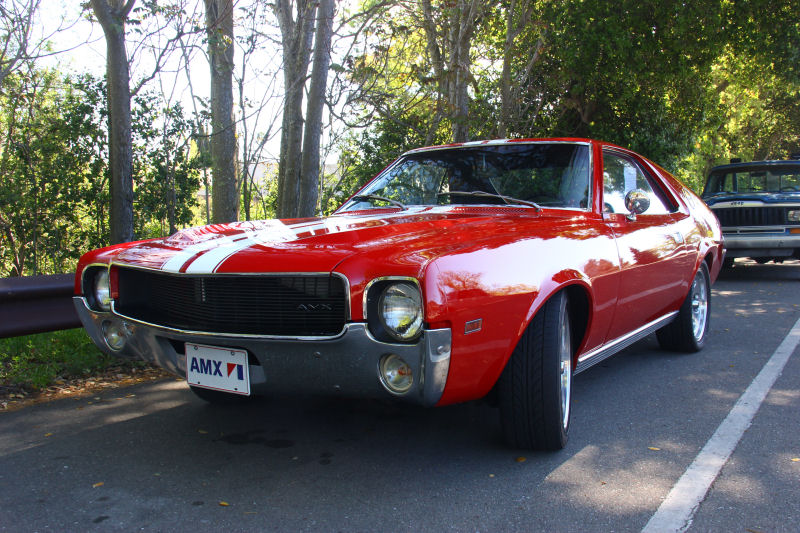 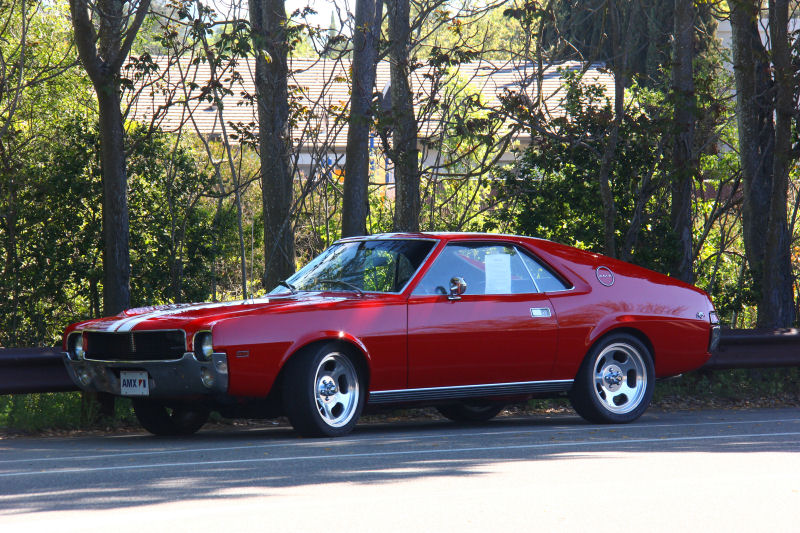 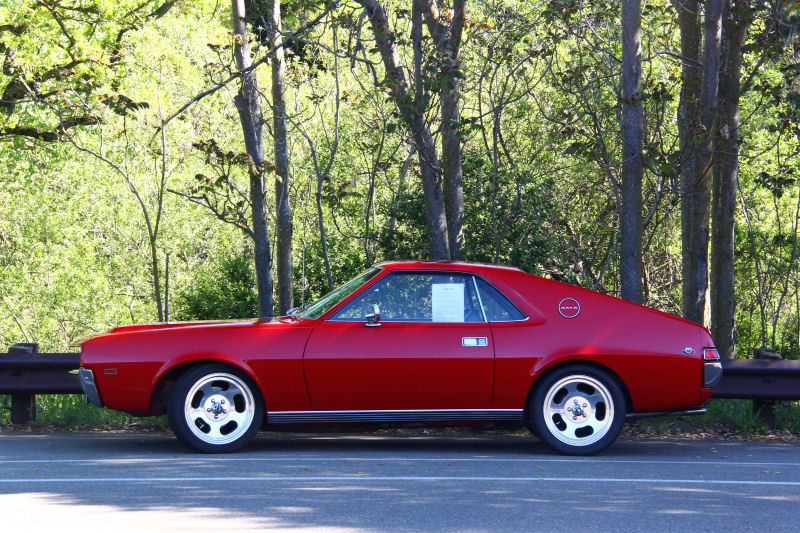 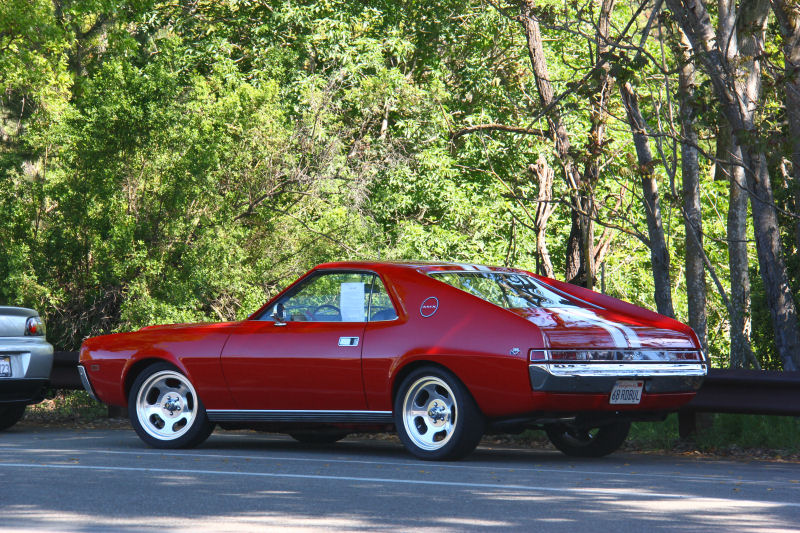 The AMX is considered to be perhaps the ultimate American Motors performance car. Based on the 1968 Javelin coupe, the AMX (American Motors eXperimental) was a hotted-up muscle car with several inches cut out of the wheelbase and only two seats. Engines for 1968 ranged from 290 to 390 cubic inches, producing up to 315 horsepower. At the time it was the only steel-bodied two seat American performance car and occupied roughly the same market niche as Chevrolet's Corvette, built to accelerate and to handle. An optional "Go Package" added front disc brakes, upgraded suspension and cooling systems, red line tires on Magnum 500 wheels and a Twin Grip limited-slip differential. Many '68 AMXs were ordered with Go Pac, because, well, it probably made the car more driveable and safe. Over 4,200 of them received twin contrasting racing stripes. 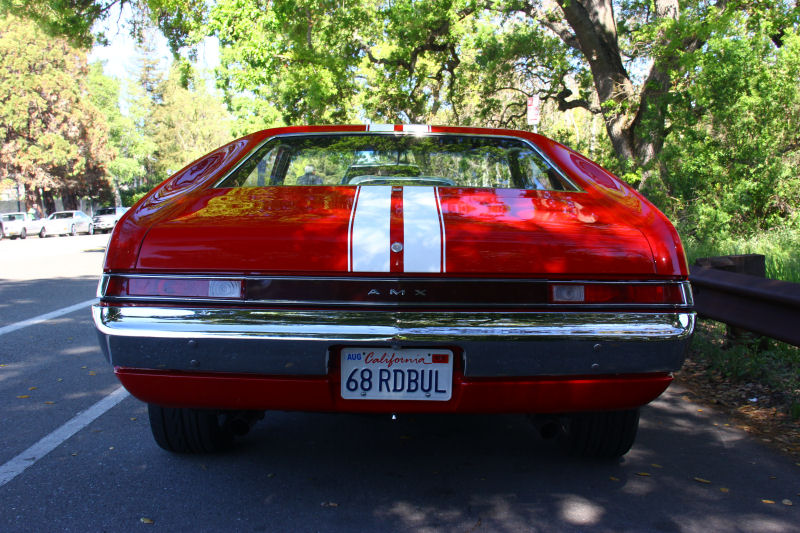 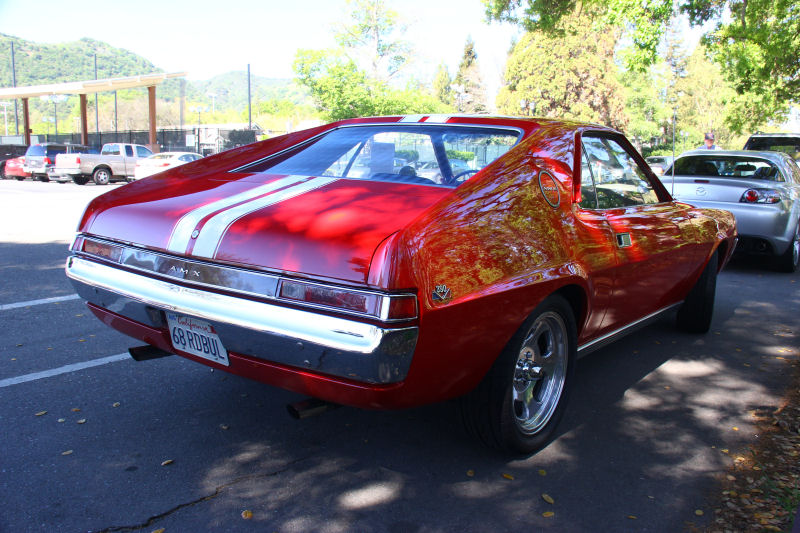 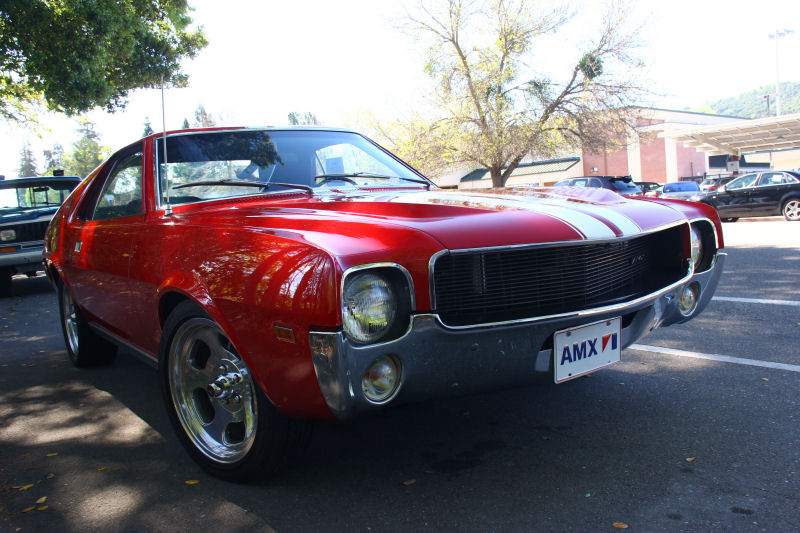 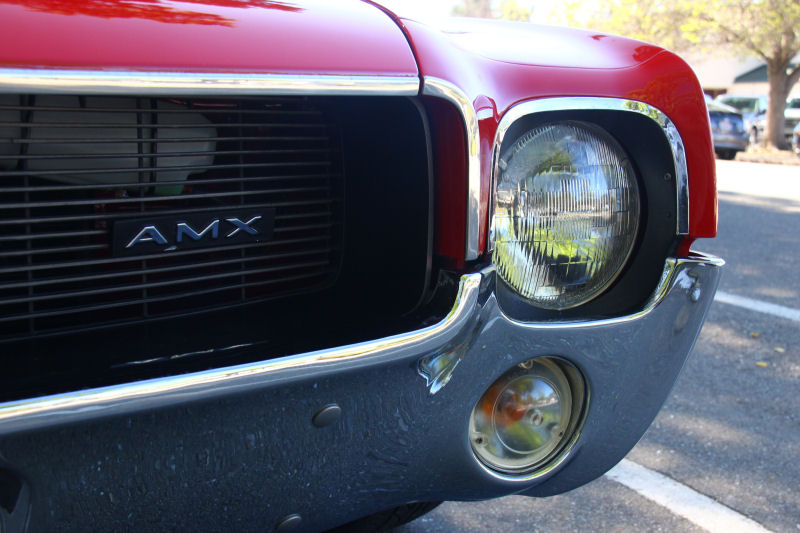 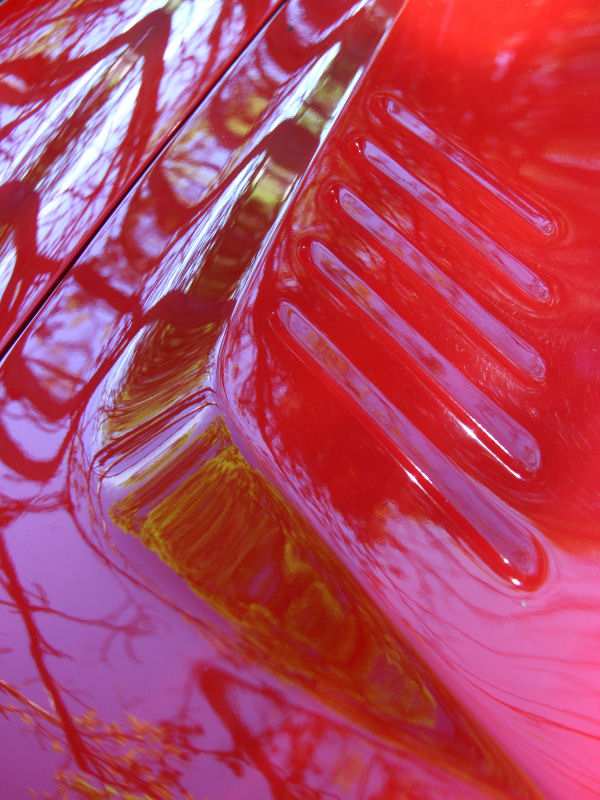 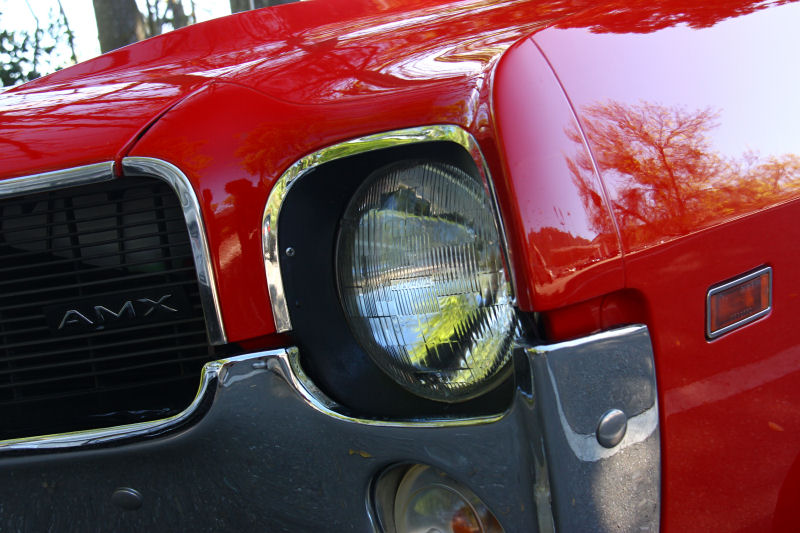 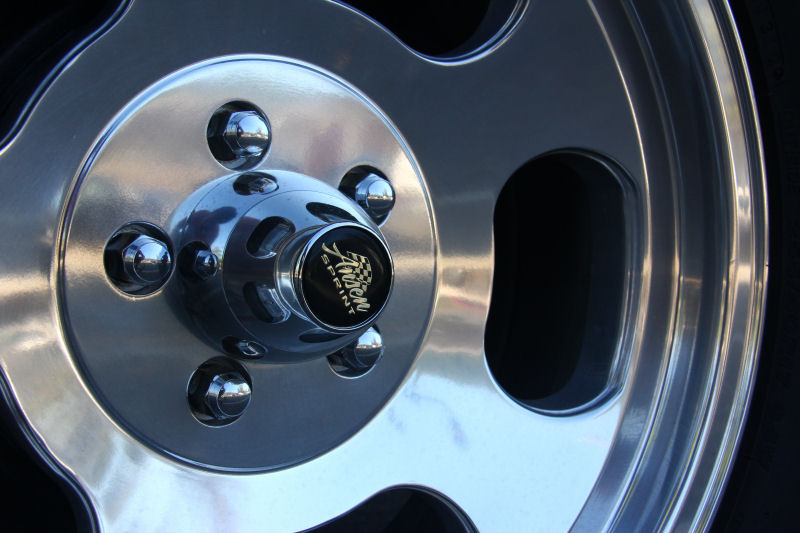 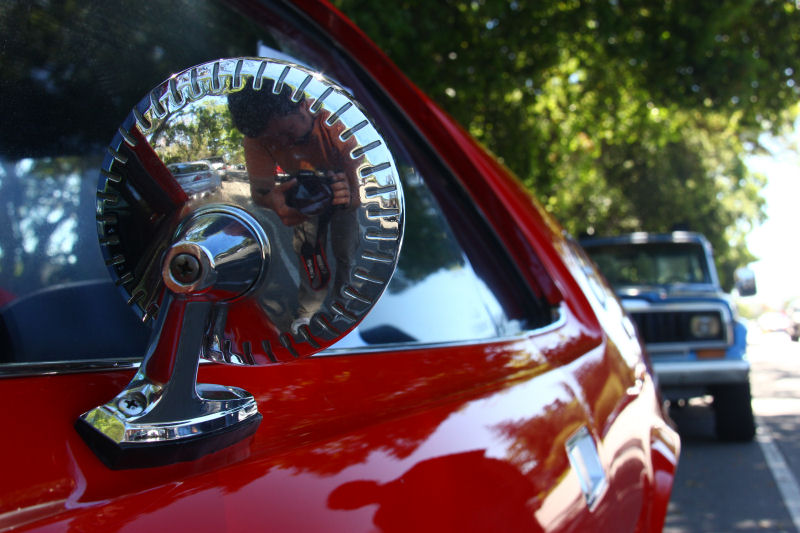 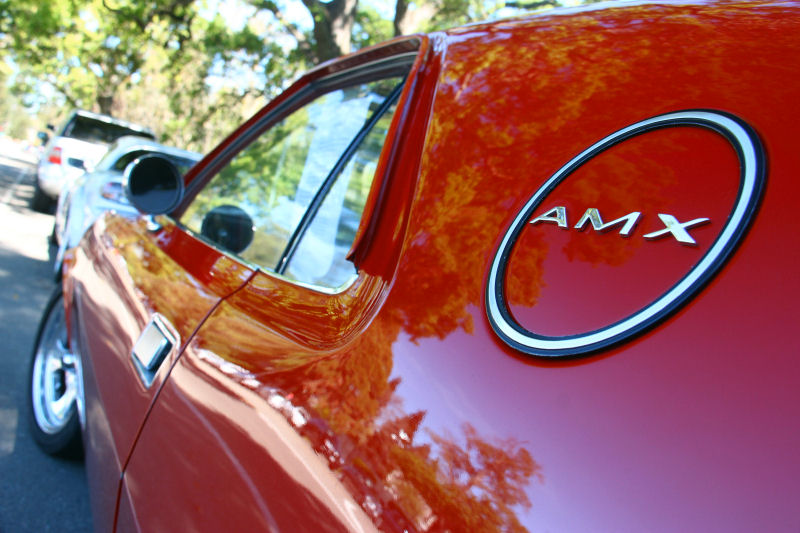 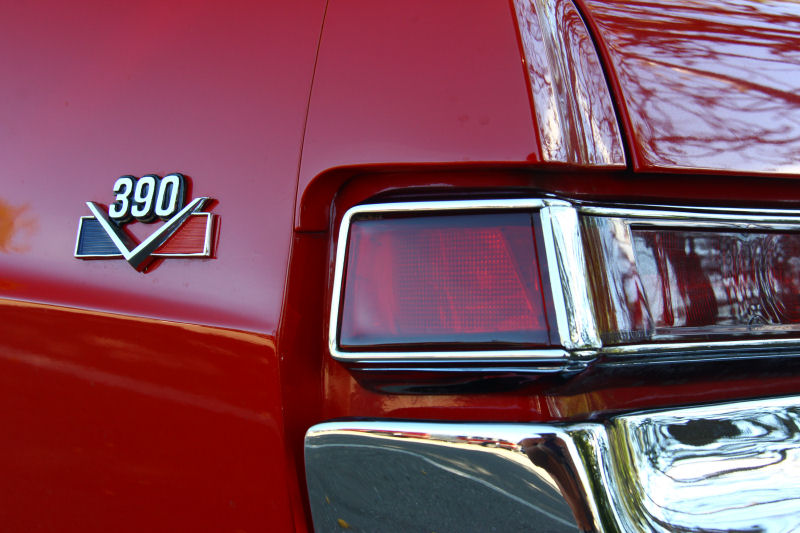 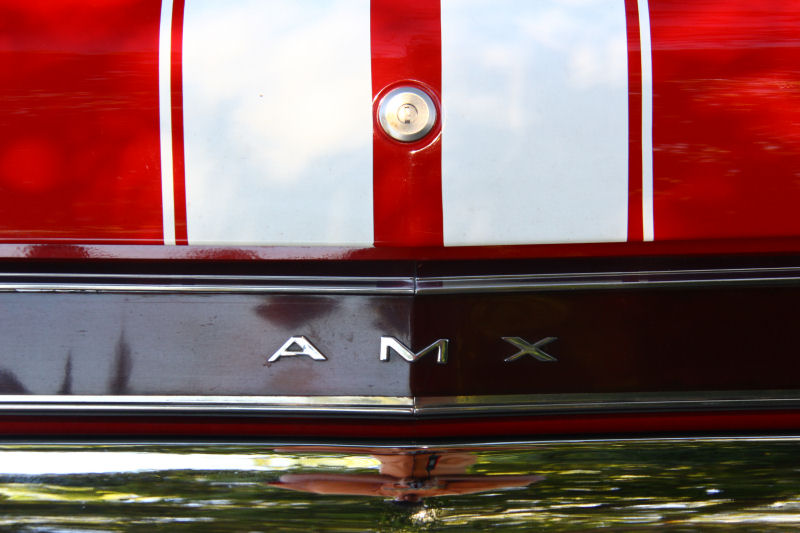 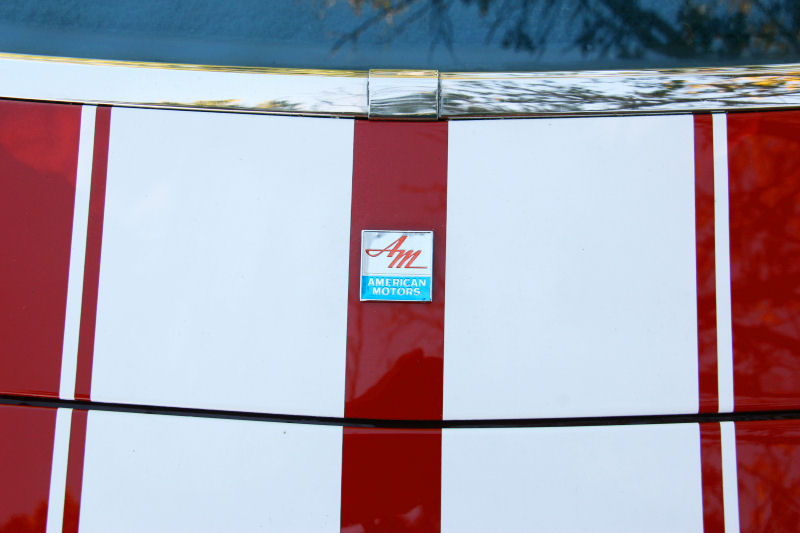 This AMX is a pretty well-optioned, restored example in Matador Red, affectionately nicknamed the "Red Bull". It is a 390 car with a four-speed and Go Pac. According to the for sale sign in the window the engine has been upgraded to make more power and is currently producing "well above 400 ft lbs" of torque. The 17-inch Ansen Sprint slotted mag wheels are aftermarket, shod on sticky Bridgestone Potenzas. As AMXs go, this one is really nice.