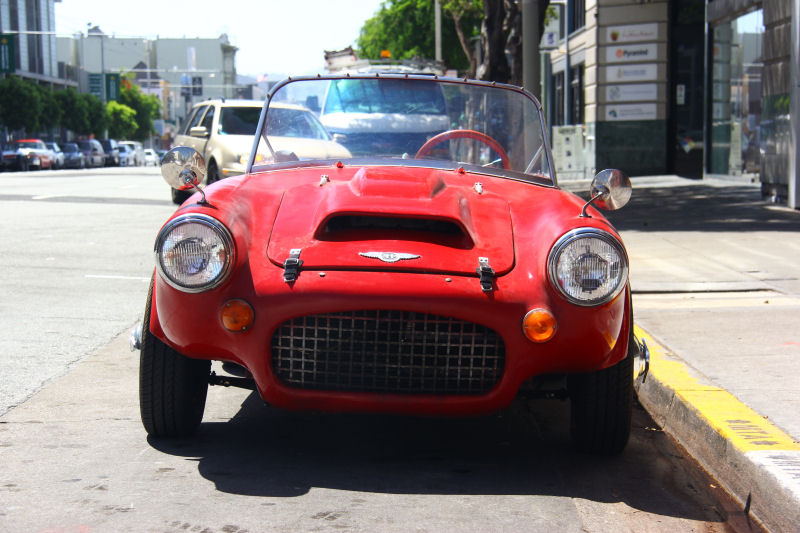 I've mentioned the Arcane Auto Society car club before when writing for this site. They're all about preservation and driving of weird old cars that nobody else appreciates. I went to one of their club meetings and this was parked down the block. Folks, this one is pretty arcane. It's a Berkeley Sports roadster ...and that's about all I know. 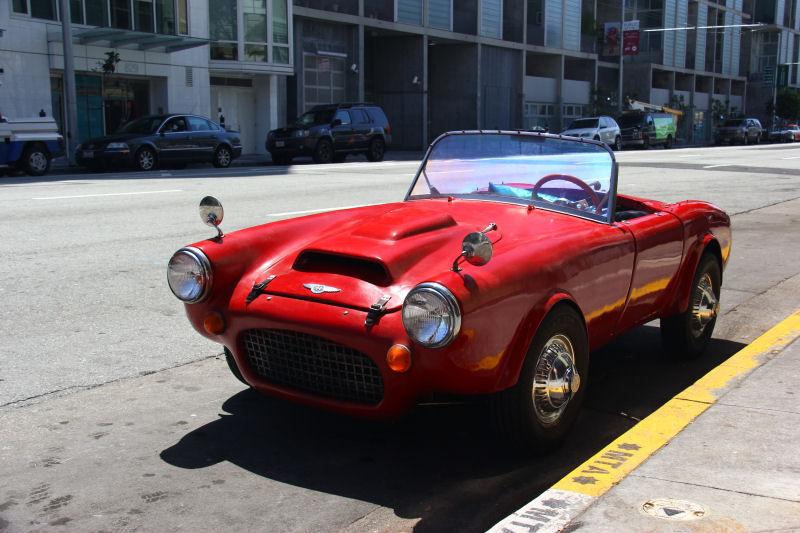 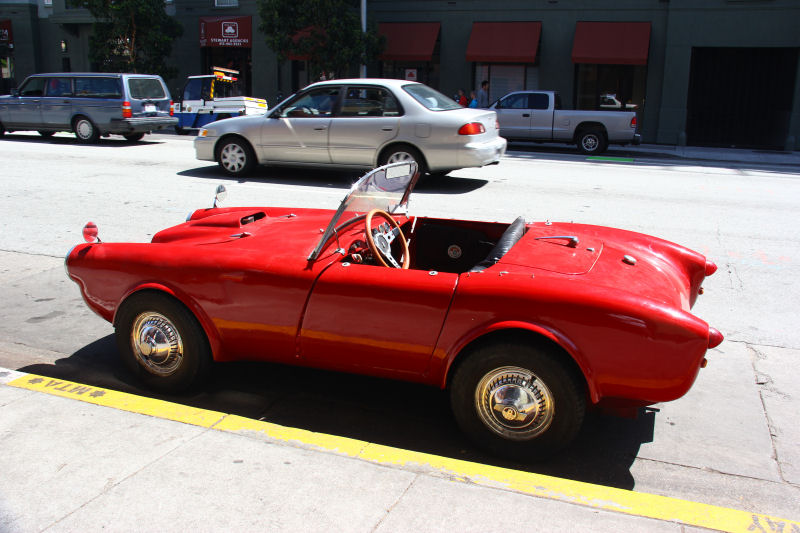 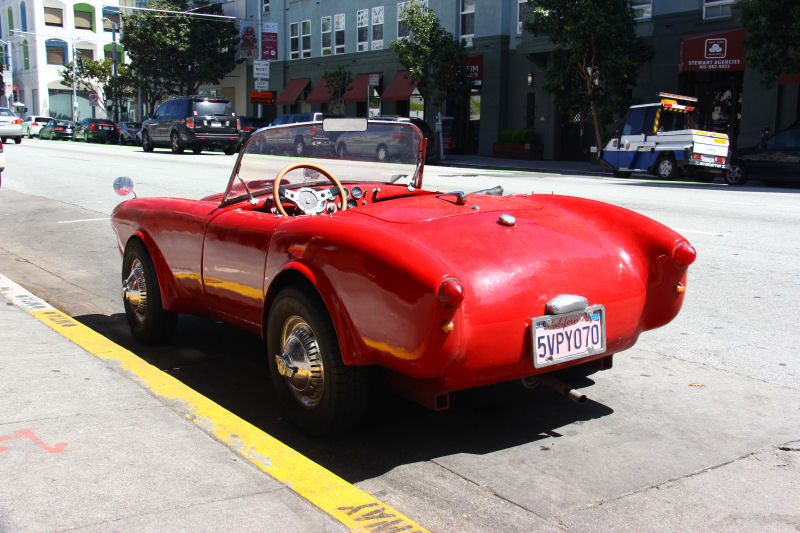 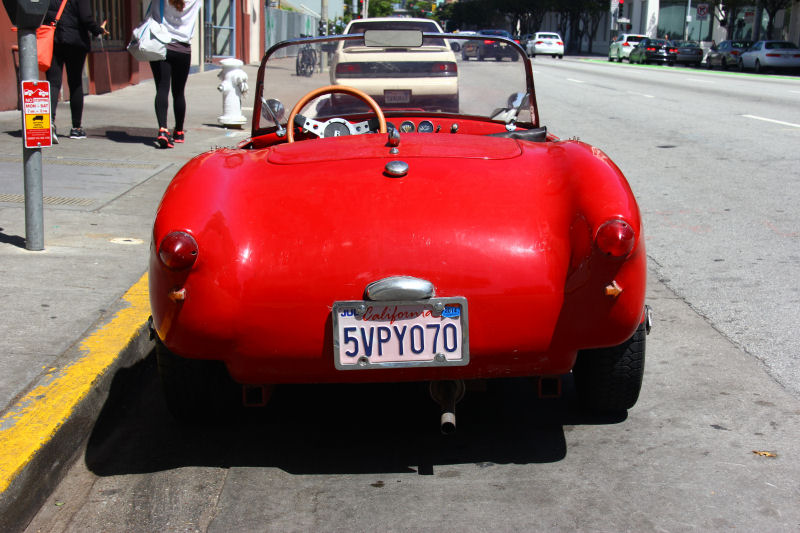 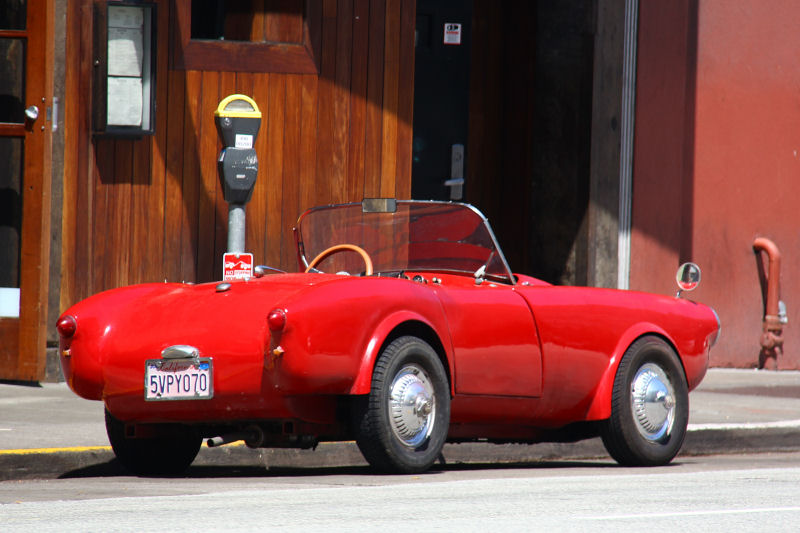 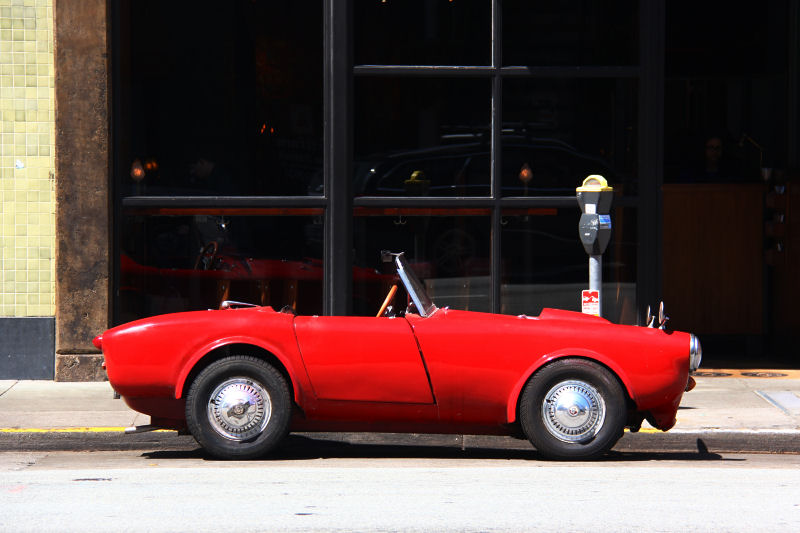 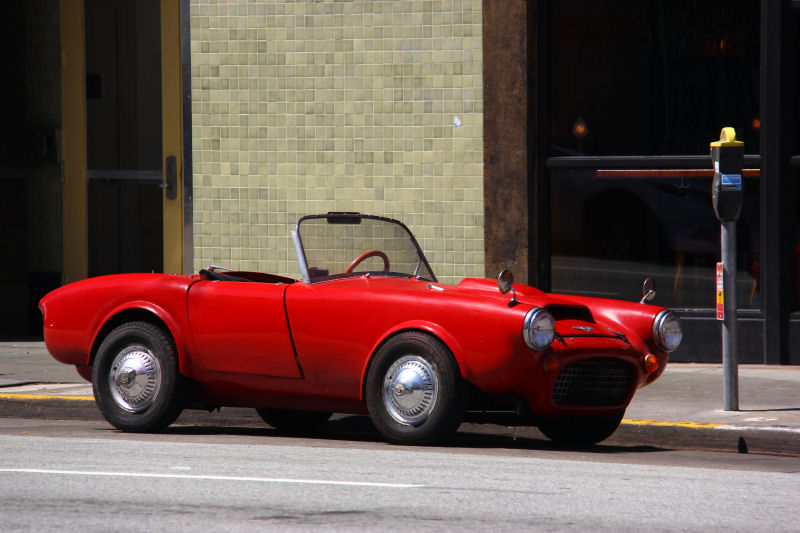 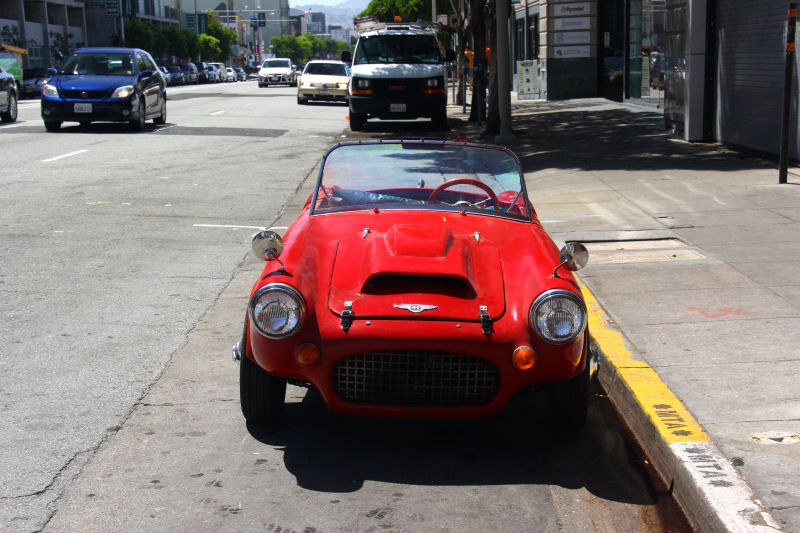 Berkeley Cars Limited was a company that produced lightweight fiberglass sports cars in England from 1956 to 1960. The trick with Berkeley's cars was their tiny size, front wheel drive and two-cylinder motorcycle engines. Some Berkeleys were even built with three wheels and could be registered as motorcycles. The cars were produced to supplement parent company Berkeley Coachworks' fiberglass camping trailer income during the off season. The result was a cheap and fun little sports car that could run in small-displacement racing classes. 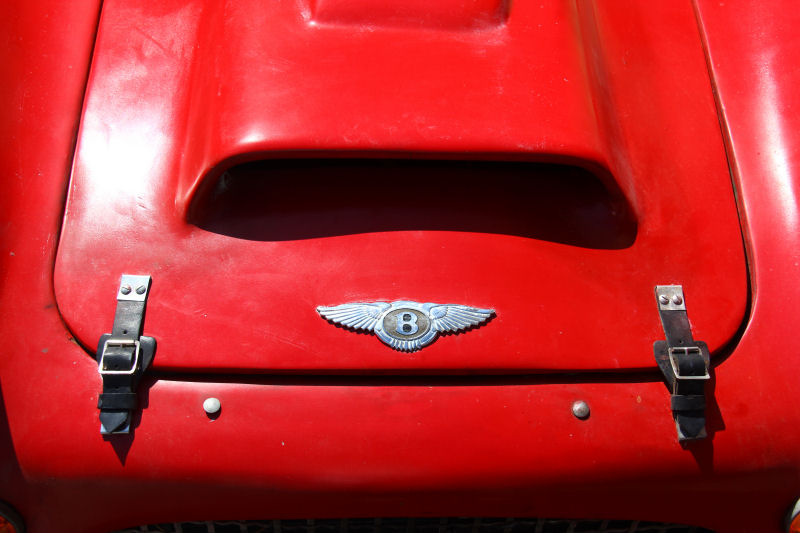 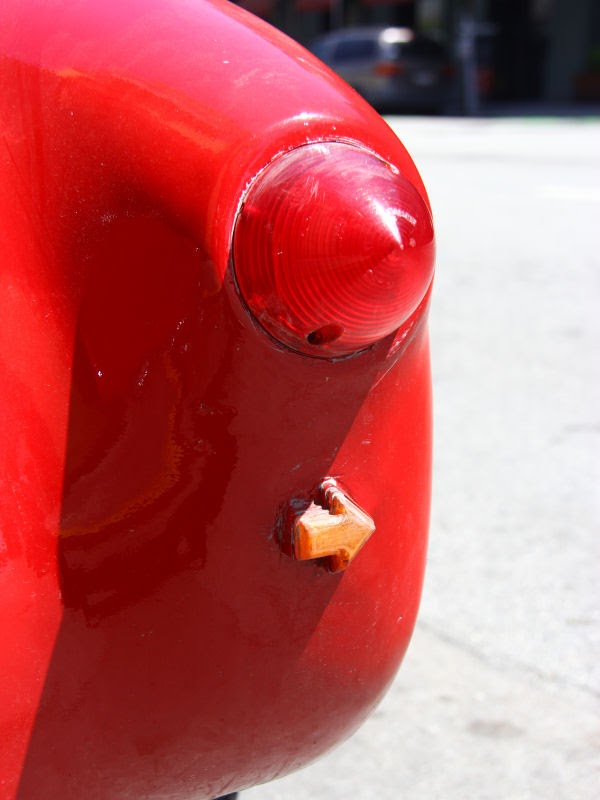 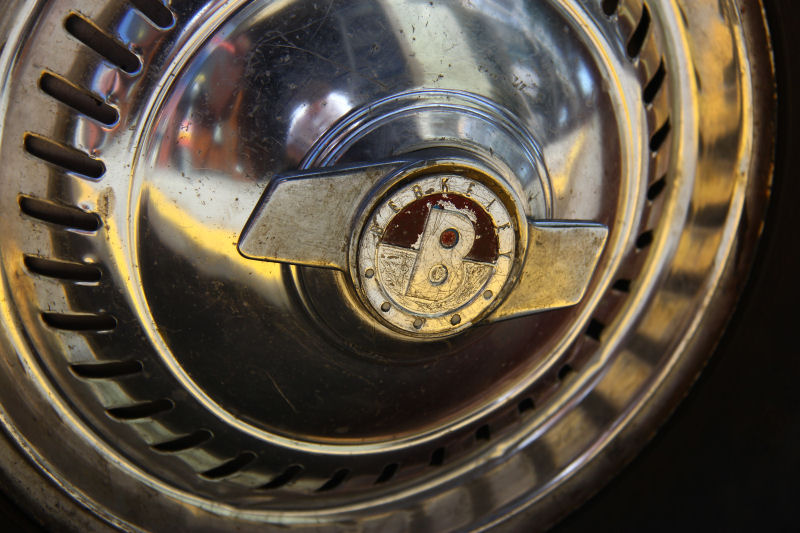 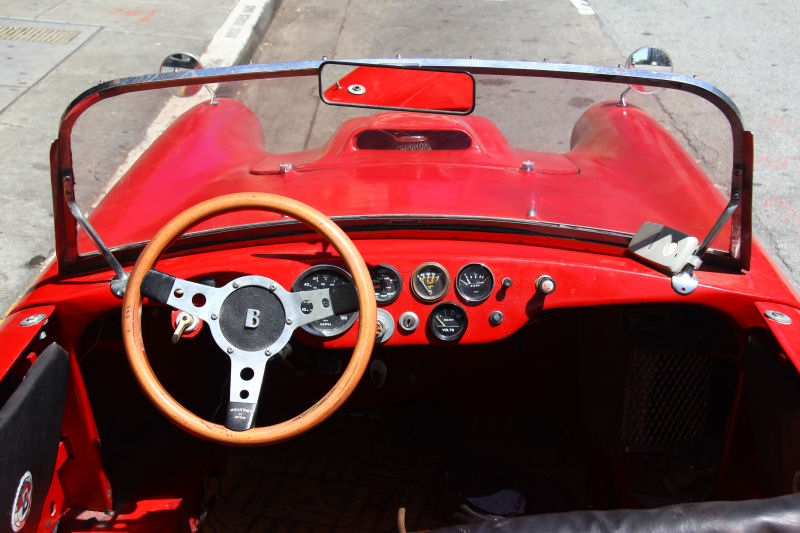 This Berkeley has been heavily modified with fender flares, a double-scooped hood and odd bug-eyed headlights in place of the sleek faired-in units the car originally came with. The package is topped off with a winged Bentley badge on the front that fools no one. It amused me, though. This car has the early style of door shut lines, indicating it's probably a 1957 to early 1958 model. It could be an SA322, SE328 or SE492 depending on which engine it came with originally. The dashboard looks like a 328 or 492 unit with various extra gauges. Only the later 492 with revised door design originally came with hidden hinges. That this one has them is unusual. Perhaps the owner retrofitted it with hinges from a late SE492? Whatever the case, this oddball Berkeley is certainly unique. I doubt I'll ever see another one on the street.