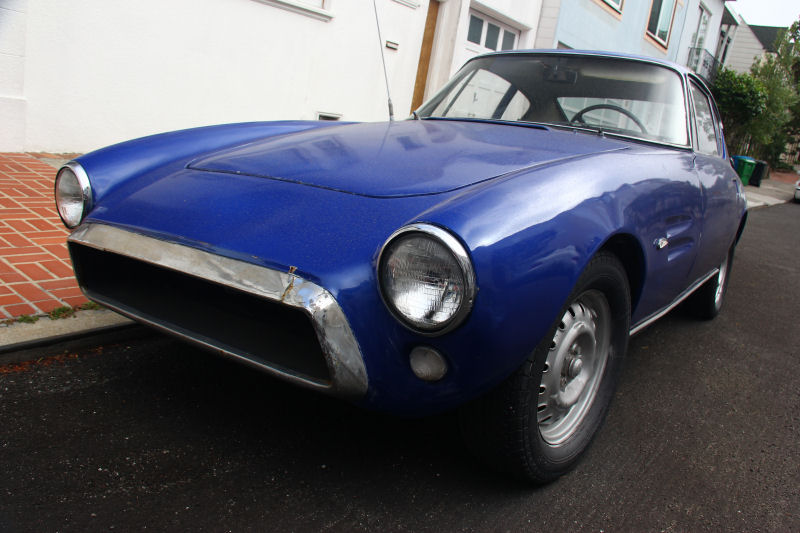 This post marks my 600th street sighting feature. I thought that I might as well pick something truly rare and unusual, so here we have a 1962 Fiat 1500 GT by Ghia. 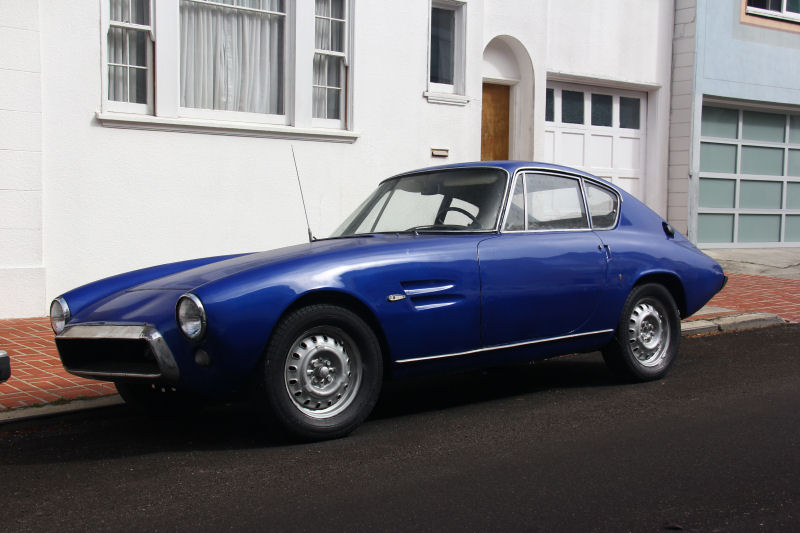 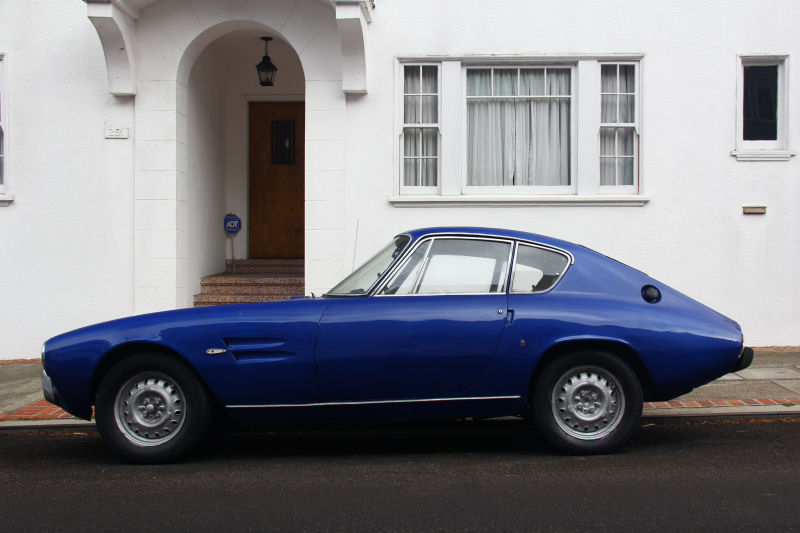 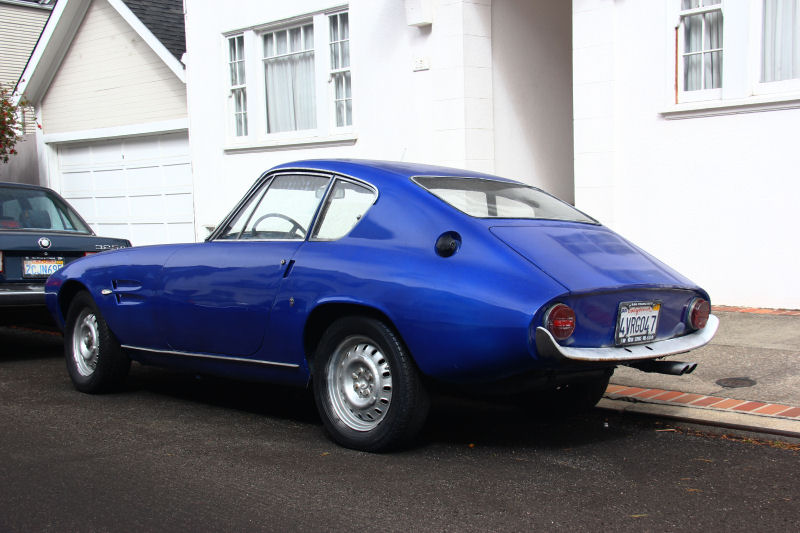 I've known about this car for a while now, long before I knew what it was or where it lived. A couple years ago, an acquaintance on a car forum posted a picture he found on Flickr. It was a Google Street View screenshot of a strange little blue coupe, viewed from the rear 3/4 angle, that very vaguely resembled a Glas GT. It wasn't until some time later that I was wandering the east end of the lower Haight in San Francisco in my car, and after stumbling upon a 1976 AMC Pacer and 1958 Hillman Husky, I drove up a side street to make a U-turn and there it was. The car had no emblems except for a Ghia script badge on the fenders and horn button, and looked oddly kit-car-ish. But it was apparently the same car I had seen in that screenshot. 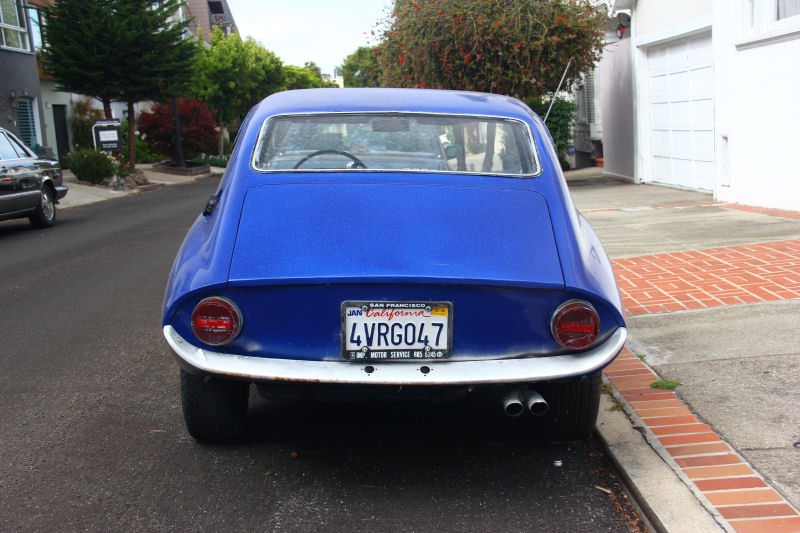 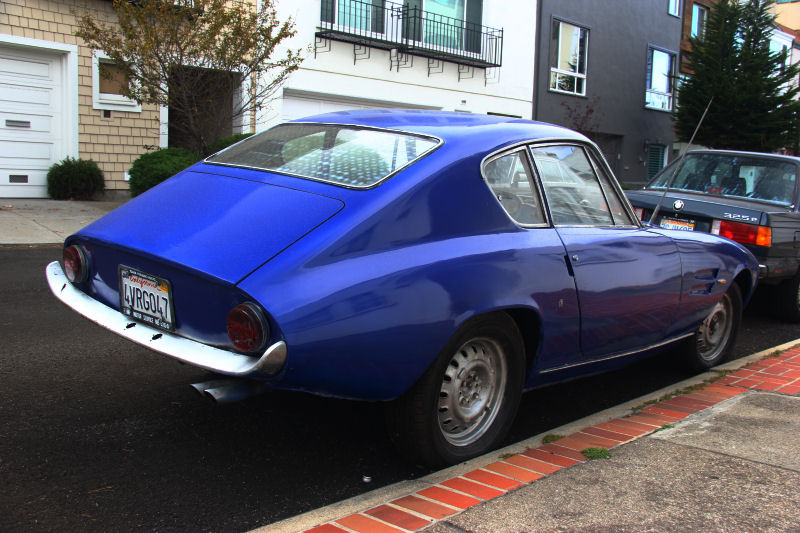 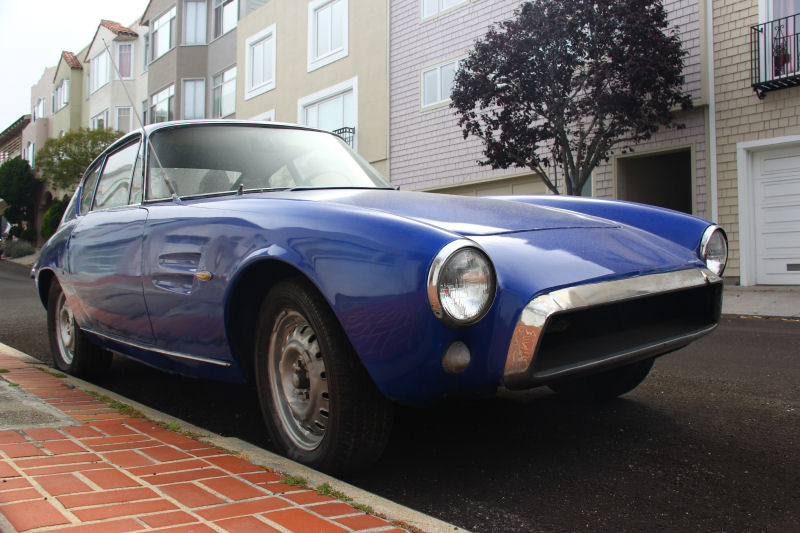 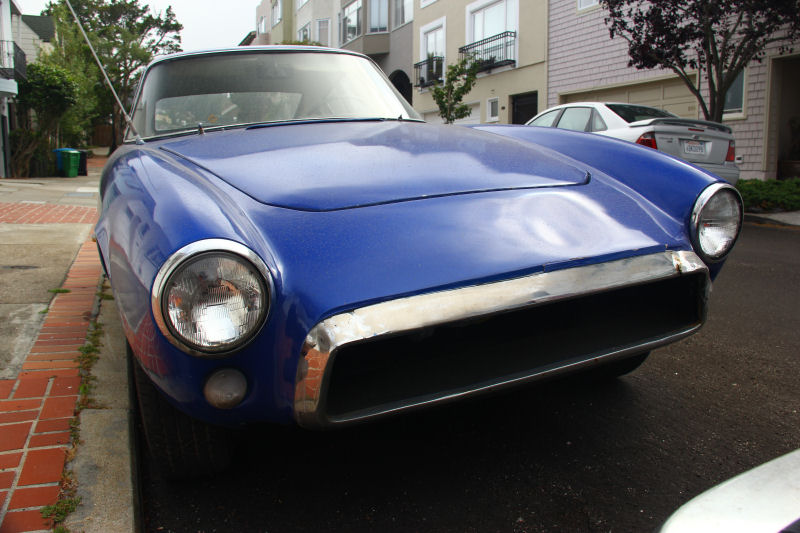 My first pictures of the Fiat didn't turn out well owing to the time of day, so I returned at a later date and shot it again in better light. That was July 2014. It wasn't until literally the week of this writing that I learned what year it was. Italian coachbuilder Ghia built some 846 1500 GTs for Fiat between 1962 and 1967, with only 36 of them officially being imported to the United States for sale during that time. The car apparently did not change visually during its production run and a small range of options and colors are the only obvious differences between cars. Options included typical European sports car fare such as a wood-rimmed Nardi steering wheel, lap belts and leather seats. A radio and antenna were also offered as seen on this car. 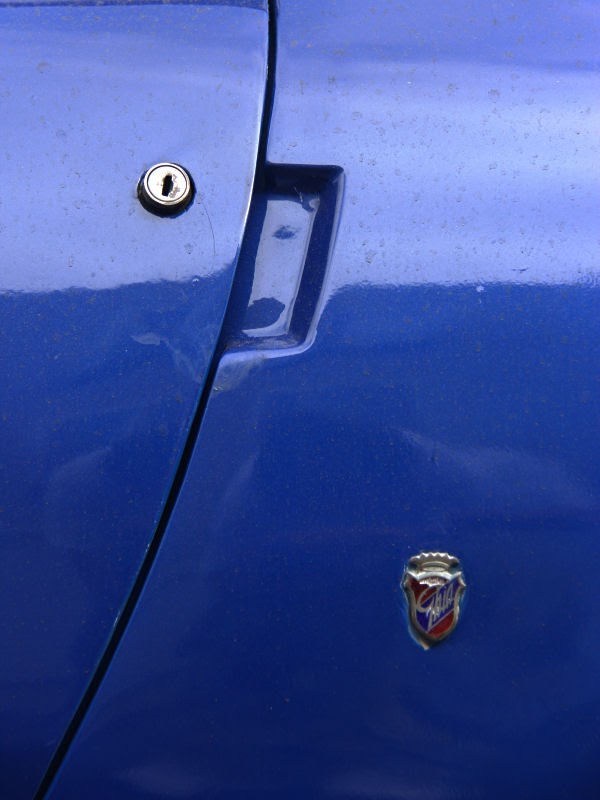 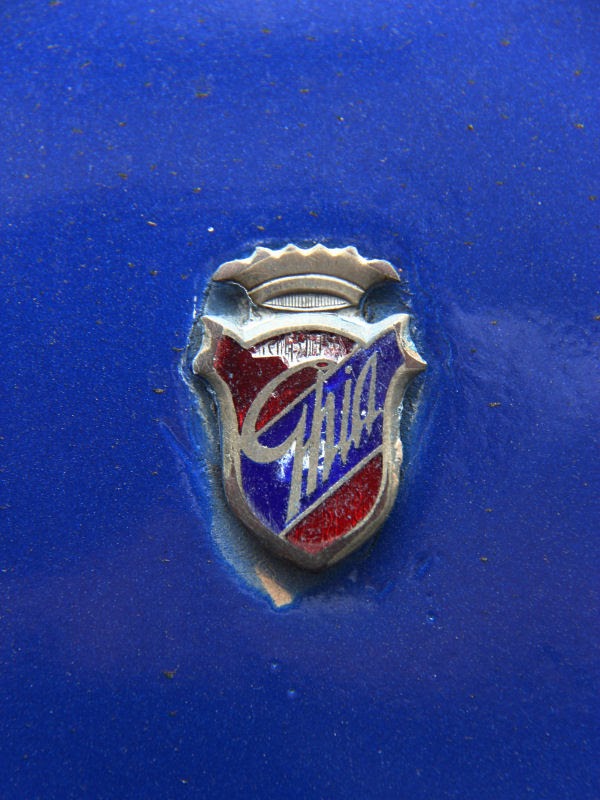 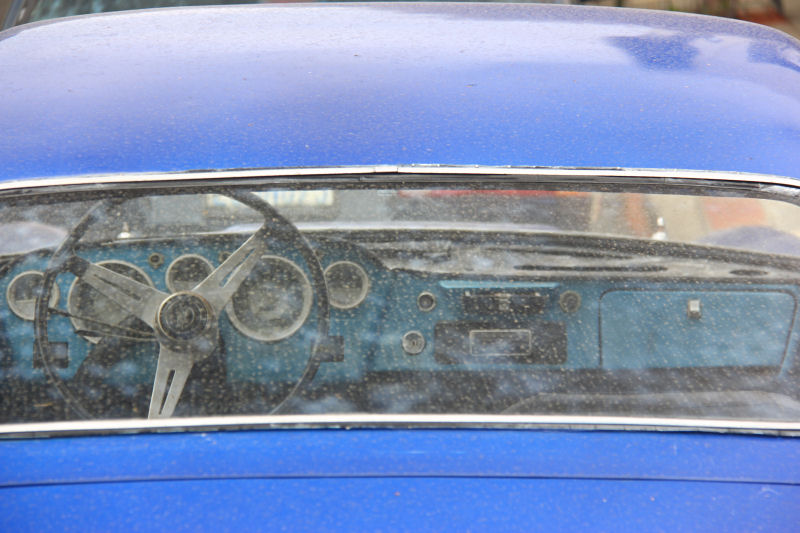 I was searching Google for the various model years of Ghia 1500 GTs to see if they made any year-to-year changes. Lo and behold, I found this exact car on collector car site Bring A Trailer. Seems it was just put up for sale earlier this month (July 2015) by the original owner. According to the ad, it was purchased new in Italy and shipped to the United States when the owner moved to the East Coast. At some point he relocated to San Francisco and the car has resided there since. The paint is clearly not original and appears to have been sprayed right over the old Azzurro Metallizzato (Light Blue Metallic). The wheels have been painted silver, as has the rear bumper which should be chromed. Otherwise it looks quite original and has probably not been fully taken apart in a long time. The car could stand to receive a total restoration for sure, but where are you going to get the parts? A vehicle of which fewer than a thousand were ever made is an expensive and difficult project. I respect whomever decides to take it up and I hope it receives the proper respect as well.
Posted by Jay Wollenweber at 12:00 AM