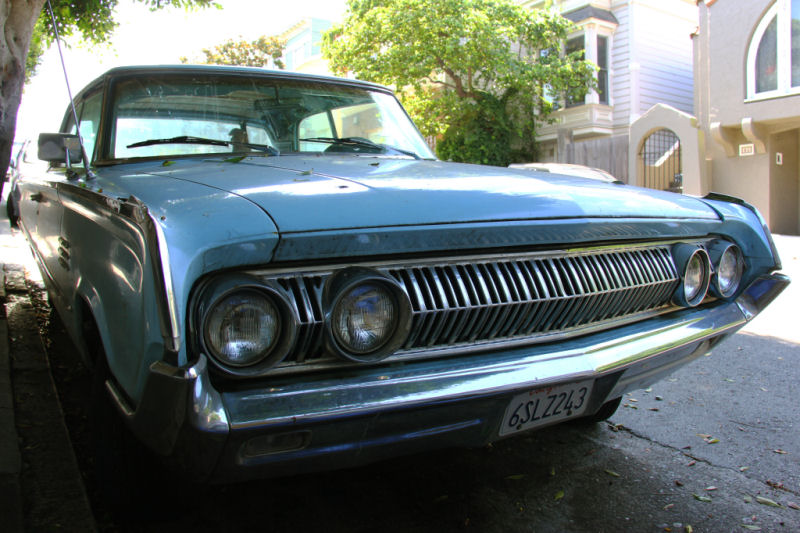 I have a lot of respect for people who collect oddball classics, off-brand cars and base models. All it takes to own a fleet of shiny Bel Airs, Camaro and Chevelle Super Sports is money. Barrett-Jackson will be happy to peddle you any number of perfectly restored cookie-cutter showboats. But then you have the small-time collector with a two-car garage and ten old cars that all have to park on the street because his wife's car gets the garage, and she rates higher in his book than any of the cars. At least, she does if he knows what's good for him. 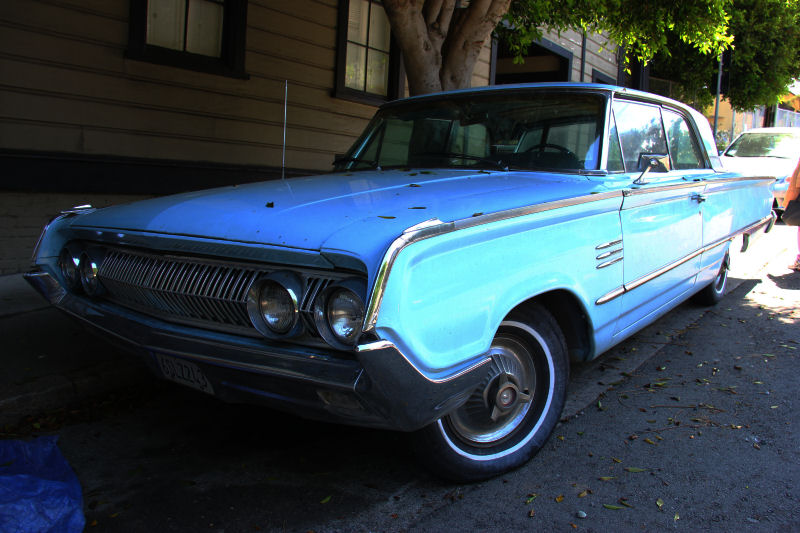 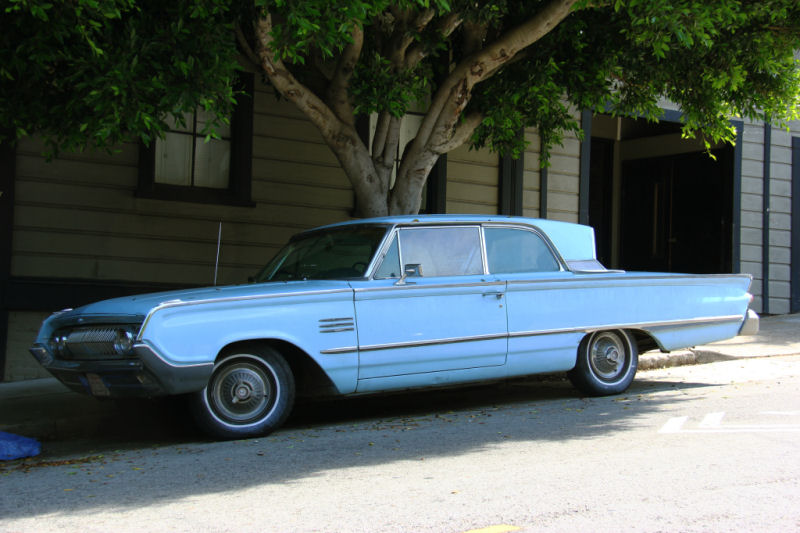 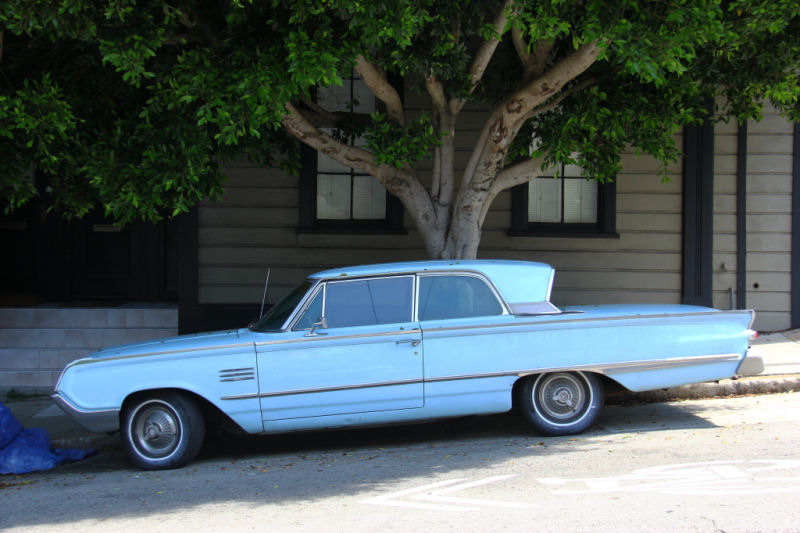 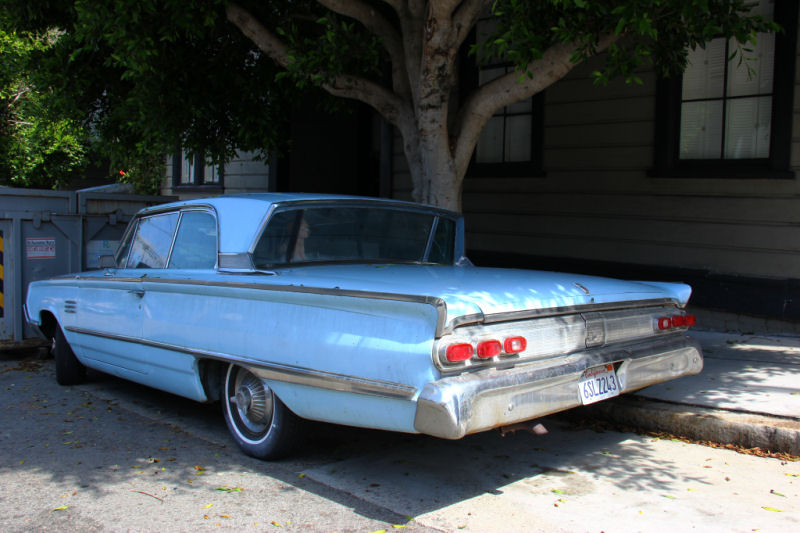 Anyway, it's cars like this that I like seeing preserved: a mid-range 1964 Mercury Montclair Breezeway two-door hardtop in original condition. It's a big family car with the unusual design feature of a reverse-slant rear window that lowers into the body for venting fresh air. Full-length stainless steel body trim runs along the car's beltline, ending in pointed fenders reminiscent of the 1961-63 Thunderbird at one end, and vestigial tail fins at the other. The grille resembles an electric shaver and the rear end has just a touch of 1960 Lincoln Continental in it. The end result is something of a mutt car, a medium-priced offering that looks a smidge like a Lincoln for not much more money than a Ford. 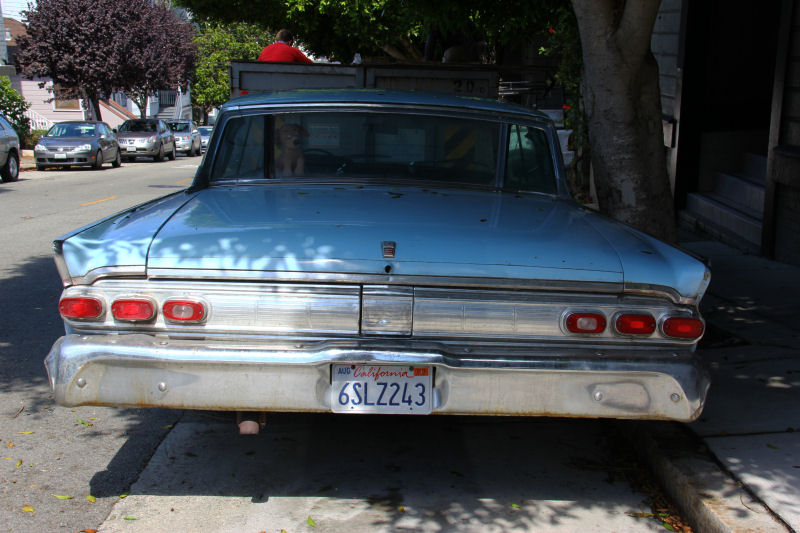 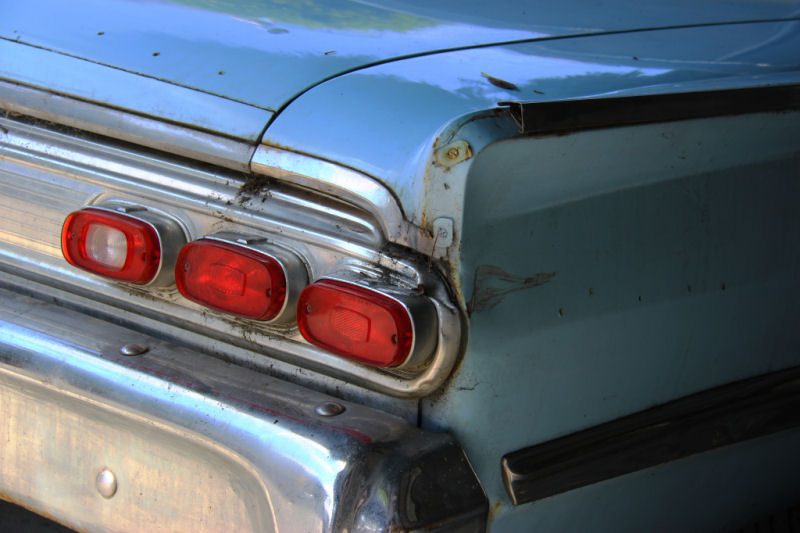 The '64 Montclair came from the factory with a standard 390 Marauder V8 to motivate over two tons of steel. Six engine configurations were available up to a 425 horsepower 427 Marauder Super V8. I'm guessing this car has the standard engine and a three-speed Merc-O-Matic on the column. It wears a coat of what looks like Glacier Blue paint, a fairly anonymous hue that could pass for a background vehicle on CHiPs. I would expect most of these Breezeway cars have gone by the wayside due to rust or as parts donors for Marauder fastbacks. The awkward roof design aids in ventilation and rear passenger headroom but does the overall styling no favors; the Marauder is a less bulky and more elegant roof style in my opinion. 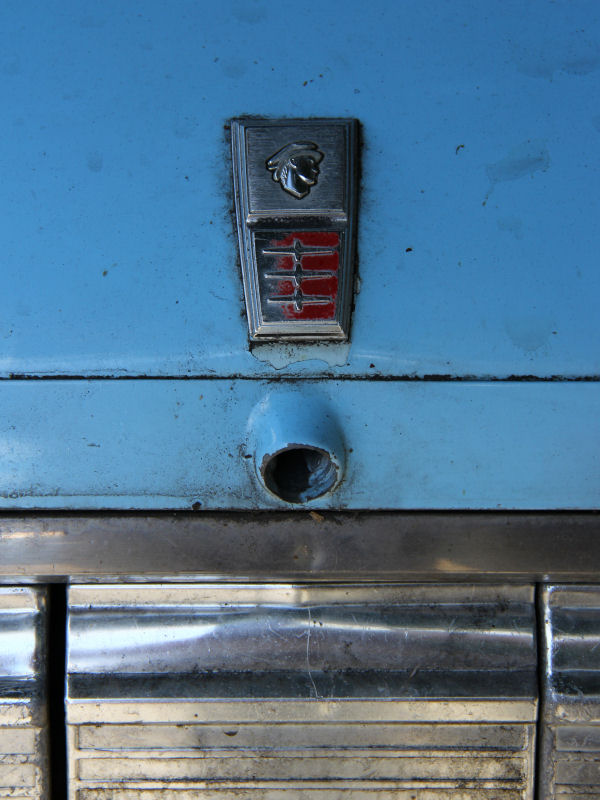 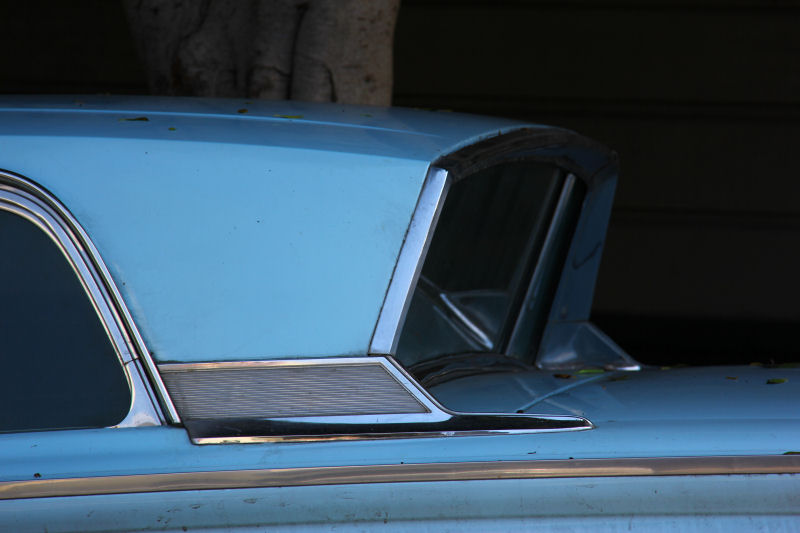 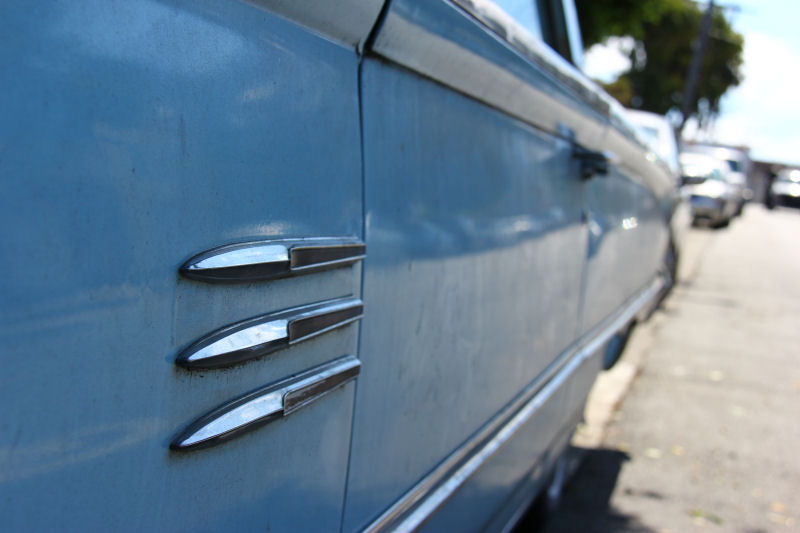 This is a solid, original car with some minor rust and only a little bit of body trim missing. If anything needs work it's likely the interior, which might be difficult given the range of special patterned seat fabrics that are unobtainium for many restoration projects today. Fortunately many of these cars came with vinyl interiors, which can hold up remarkably well. And if you did need to replace vinyl upholstery, I'm sure it's not too difficult to find some with a similar "crush-grain" in a color to match. Assuming there's no major rot hiding underneath, it looks like a great candidate for restoration. Or just clean it up a little and keep it as-is.
Posted by Jay Wollenweber at 12:00 AM