This is Independents' Week, a recurring feature here on California Streets around the 4th of July, celebrating cars from independent American manufacturers. That means no Big Three cars from Ford, General Motors or Chrysler. This is a 1973 (or possibly '74) AMC Javelin. 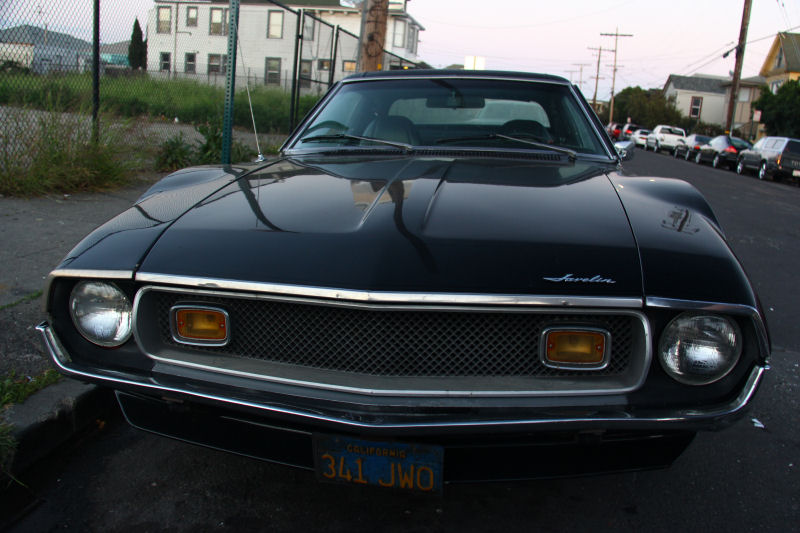 I used to hate all second-generation Javelins made between 1971 and 1974. I hated the big flared fenders mostly, and they struck me as just strange to look at. This one changed all that.


One of my friends who lives in Oakland is nuts for Korean barbecue, and late one night we were returning from the restaurant when I spotted a black late-model AMC Javelin parked on the Broadway Auto Row. As the former owner of the 1979 Lincoln Continental Mark V I featured last year, he is familiar with my blogging and is often happy to stop and let me photograph cars. But I wasn't about to hop out of the car with a DSLR in Oakland in the middle of the night. I let the Javelin go.

Well then, some months later we were returning from Emeryville and the Javelin turned up again. My photo shoot was abbreviated after my friend told me the car parked in front of the Jav was full of young men smoking pot with the windows closed. Apparently my leaning over their trunk to take a front-end shot was making them nervous. 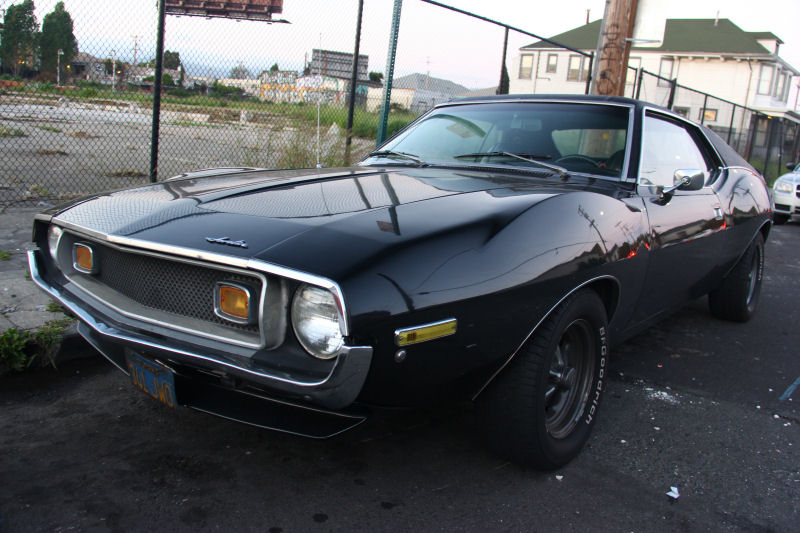 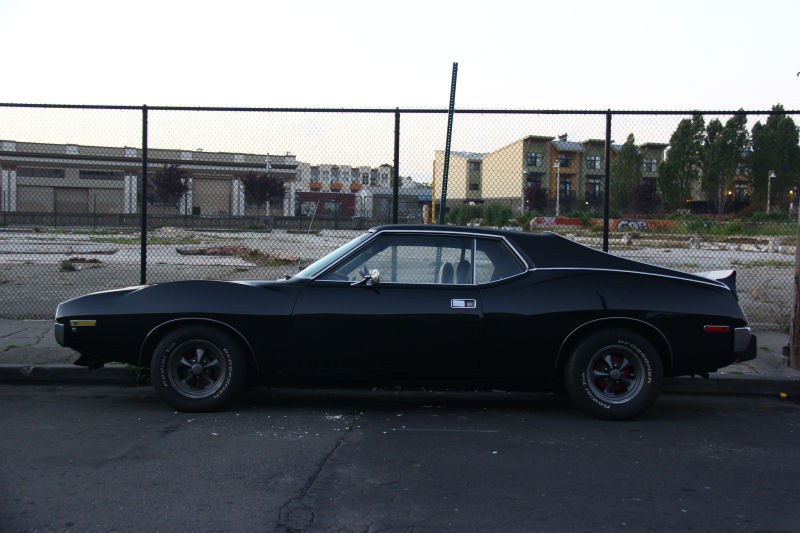 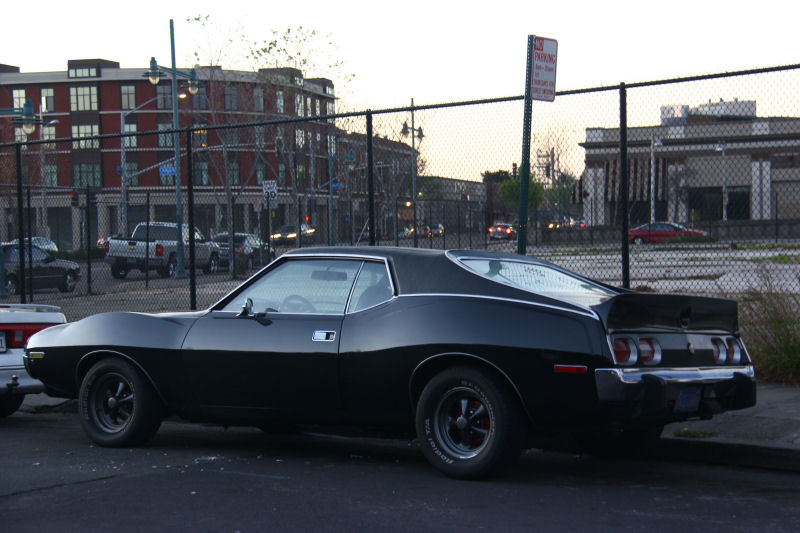 In any case, the second-gen Javelin was a bigger and heavier successor to the ponycar coupe that spawned the original two-seat AMX muscle car. The new car was inspired by GM's Corvette, which had gained dramatic and handsome Coke-bottle styling in 1968. Several engines were offered including some pretty serious V8s up to 401 cubic inches (6.6 liters), available with a four-barrel carburetor and a Borg Warner four-speed manual. As the 1970s wore on, so did pesky emissions regulations and fuel economy demands. In 1973 the most you could expect from a Javelin with the factory was 255 horsepower from the four-barrel 401. My mother's Saturn Vue makes 250 and could probably give a stock '73 AMX a run for its money in the quarter mile. 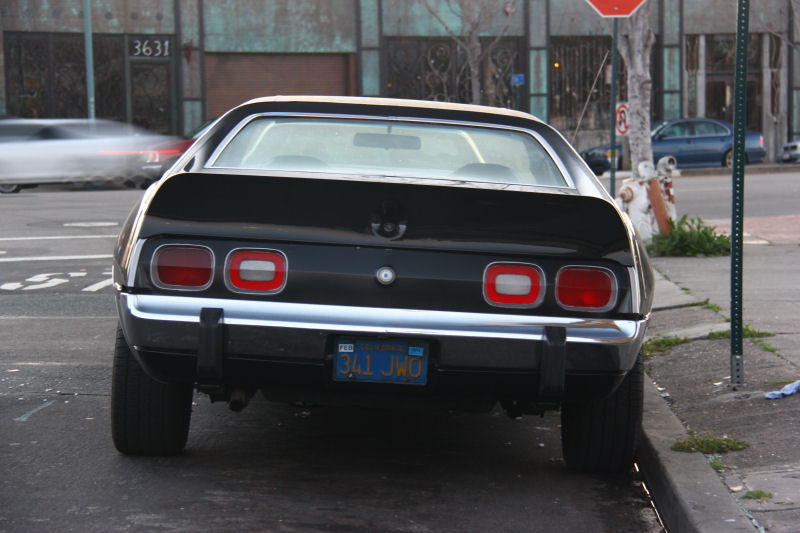 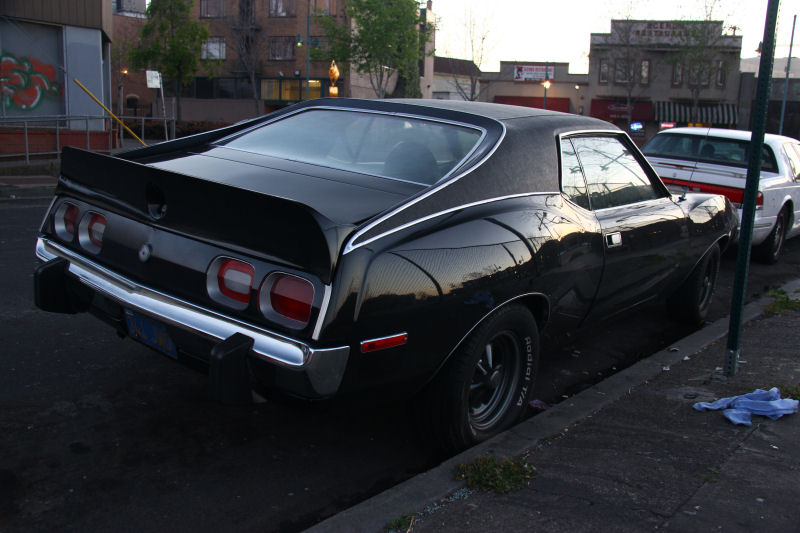 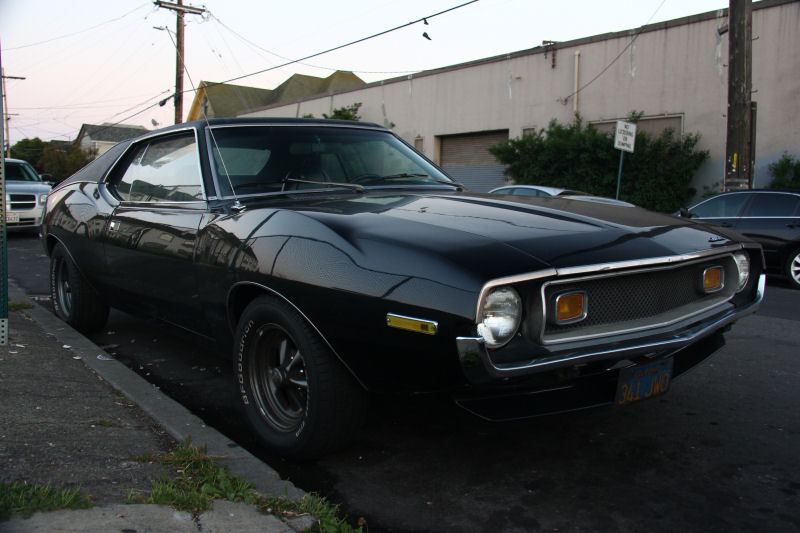 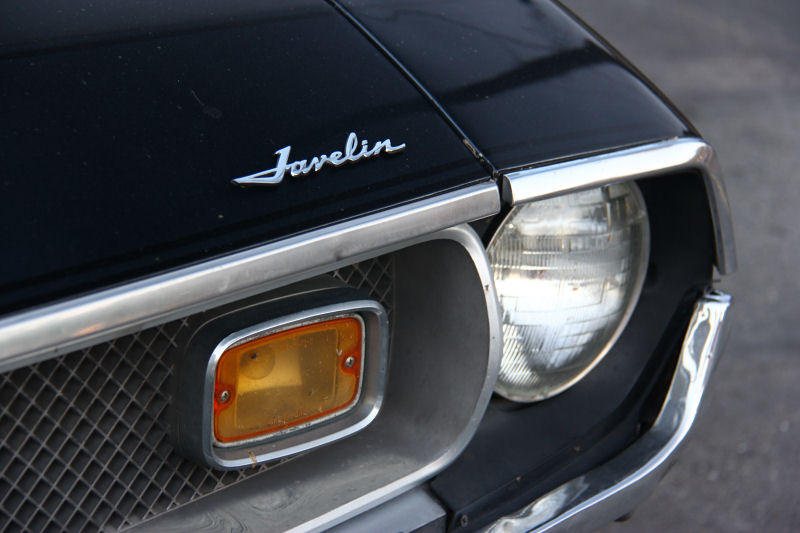 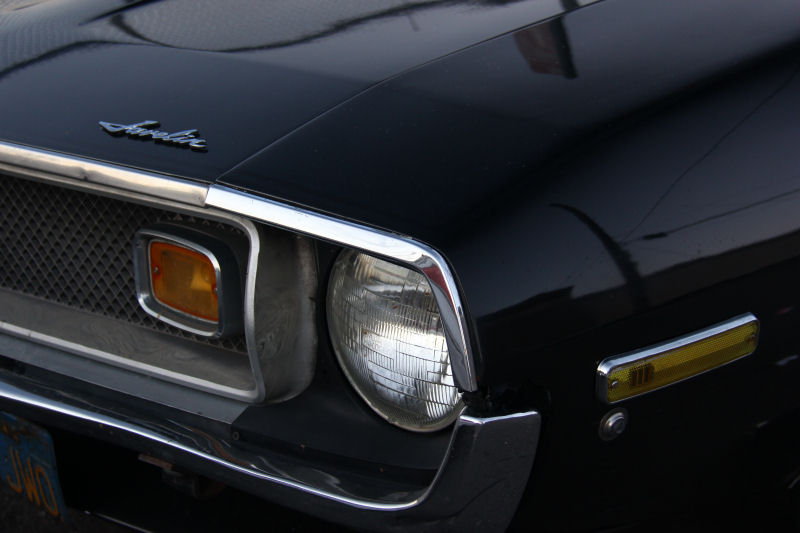 This Javelin is a mean-looking machine. The black paint perfectly accentuates the muscular bodywork, with charcoal-painted Cragar mags and white letter tires tucked under the humped fenders ringed with dainty bright trim. A fiberglass ducktail spoiler and front air dam show that the car means business, while an unusual black vinyl top ringed in chrome extends out to the end of the buttresses at the rear of the car. Admittedly I suspect the spoiler is an add-on, since it covers part of the bright trim around the taillight panel. Cars that received the wing from the factory went without the chrome surround. Nevertheless, this is a really sweet example of one of the late muscle car holdouts of the '70s and one that I was very happy to photograph.
Posted by Jay Wollenweber at 12:00 AM