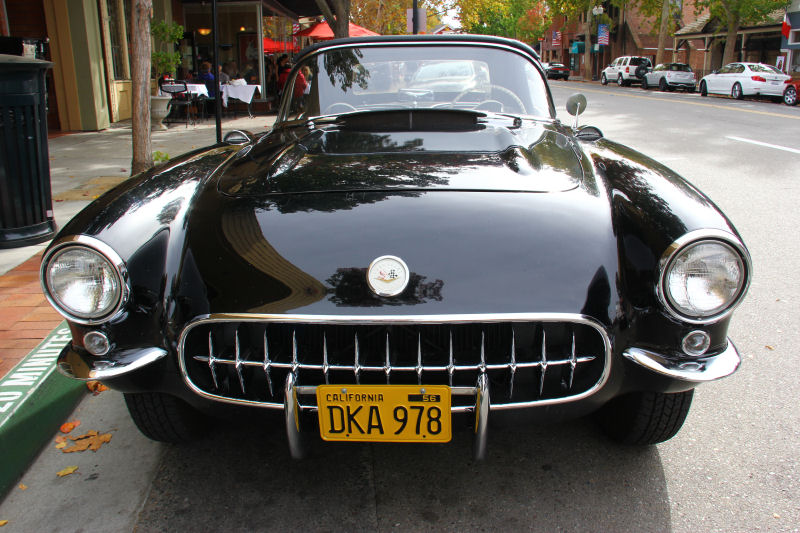 Every month on the first Sunday morning, the Blackhawk Automotive Museum holds a Cars and Coffee meet in their parking lot. A lot of local enthusiasts show up, from car club members to nouveau riche exotic owners to some older gentlemen just looking for a good excuse to get their favorite classics out of the garage. It's always different and a nice little free show for a couple of hours. After one of these meets I ventured into downtown Danville and ran across a car I didn't see at Blackhawk, this black and silver 1956 Corvette convertible. 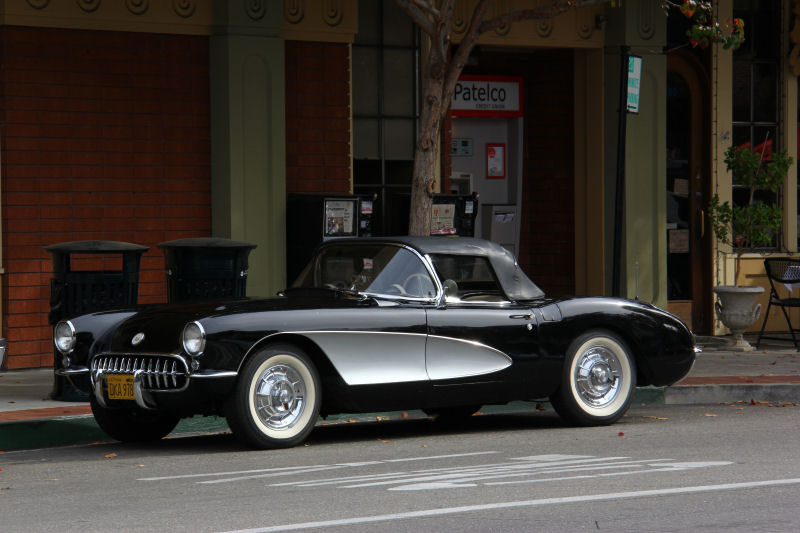 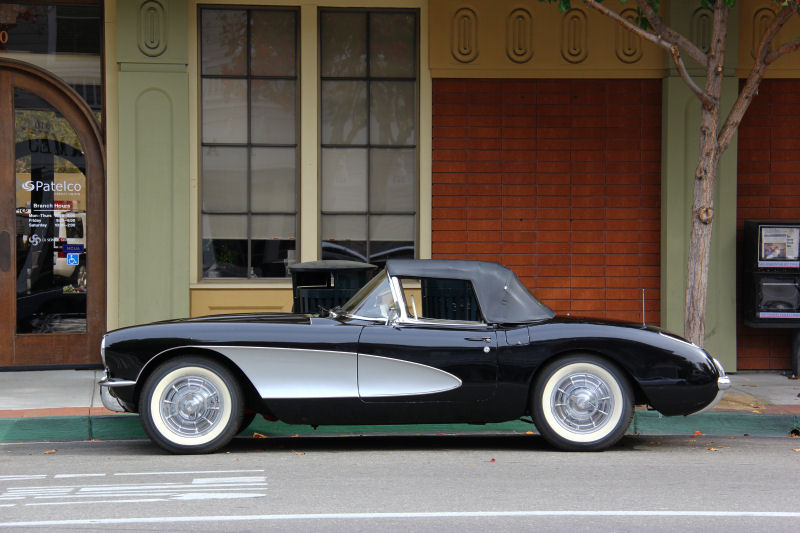 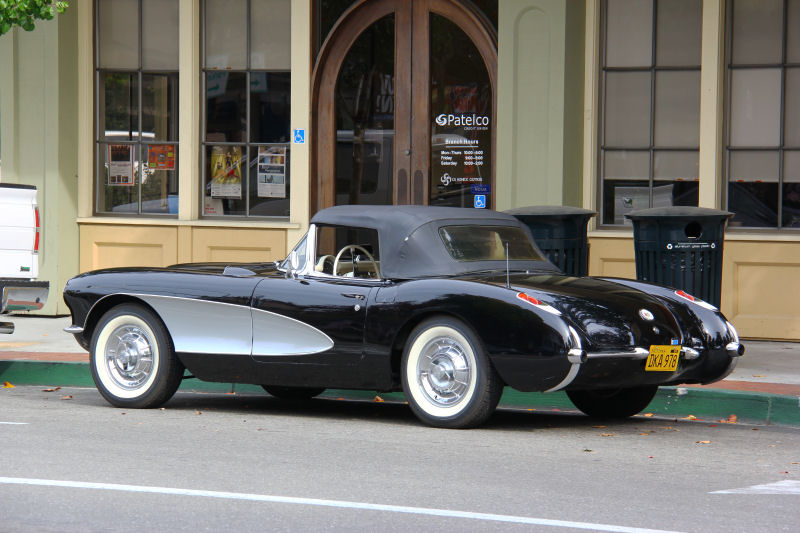 The first-generation Chevrolet Corvette with contrasting-color fender coves is my mother's favorite version of America's iconic sports car. She likes it in turquoise or blue with white side coves, but Onyx Black over silver is a very classy color scheme. And if you're an Oakland Raiders football fan, it's only natural. 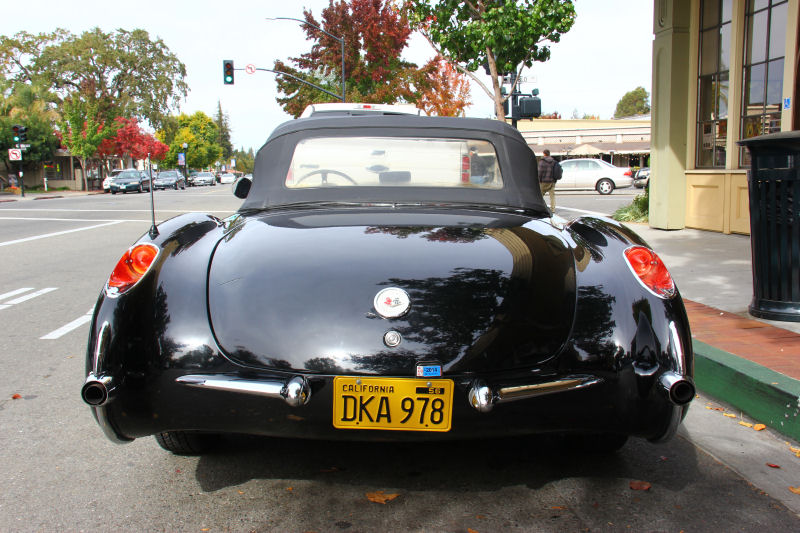 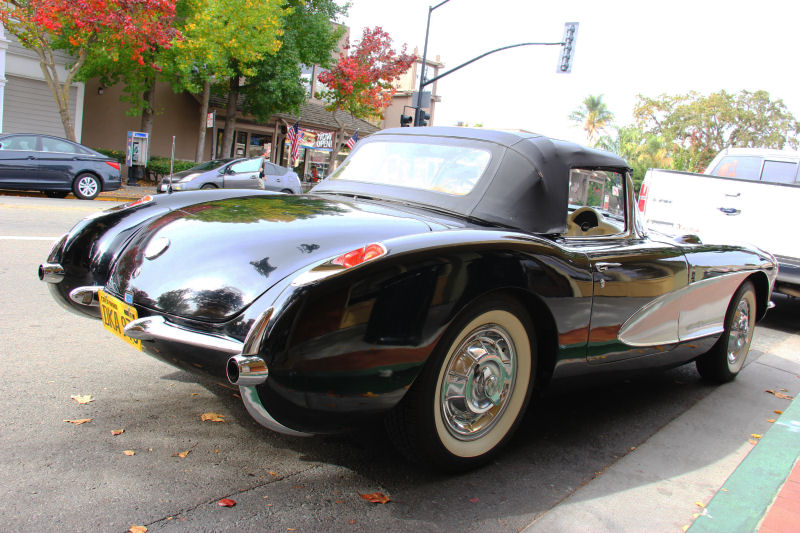 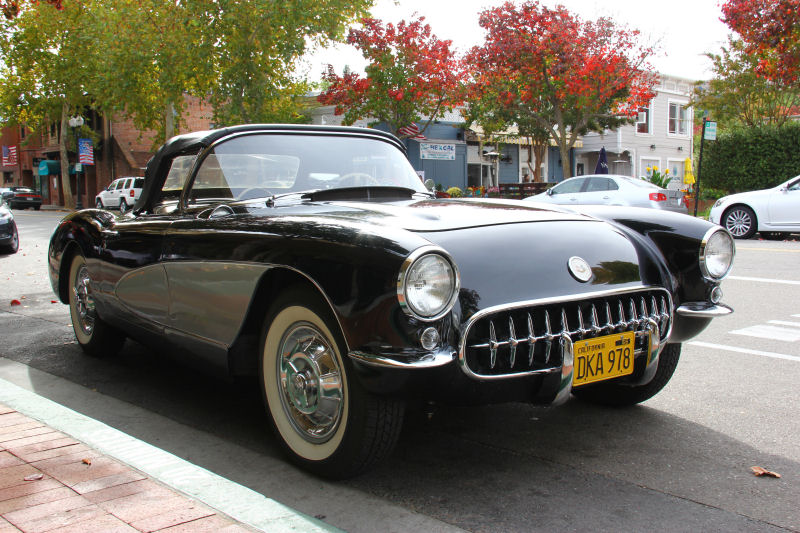 The Corvette was still getting a foothold in the market when the refreshed '56 came out. It had a rocky start when the '53 debuted with a Blue Flame six and Powerglide two-speed automatic as its only motivation, and very primitive amenities like clear plastic side curtains and a leaky soft top. A V8 was not even offered until 1955. The 1956 redesign produced a Corvette with real power, real glass roll-up windows, a superior convertible top with optional power lift mechanism and a flashier-looking body. Collectors looking for the ultimate two-eye C1 today would probably opt for the 1957 model, which was available with fuel injection, even more power and a four-speed manual. Visually, the only clue to differentiate the '56 from a non-"fuelie" '57 is the rearview mirror mount. A 1957 Corvette has a nut on the mirror stalk that prevents it from being adjusted without the use of a wrench. I had to consult the full-resolution images of this car in my archives to tell the difference. 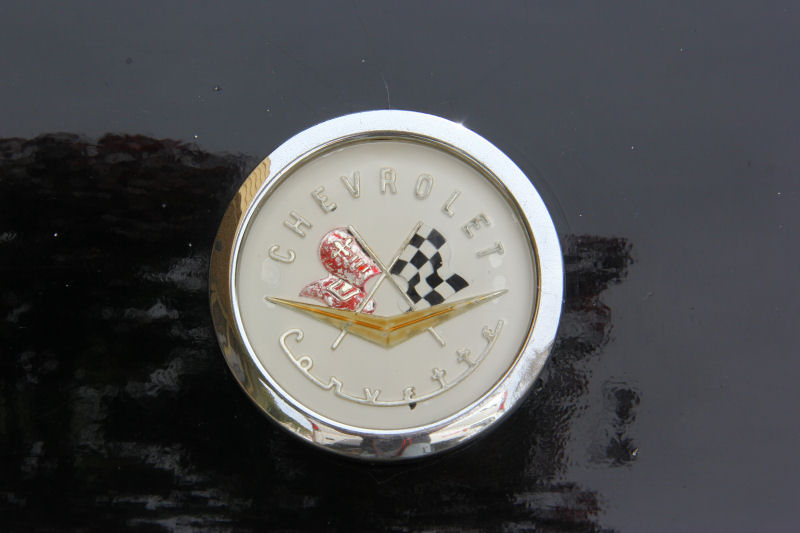 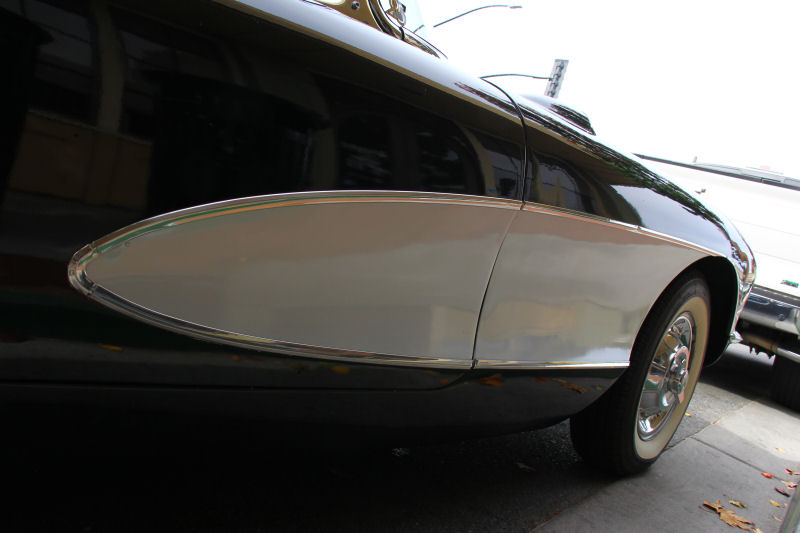 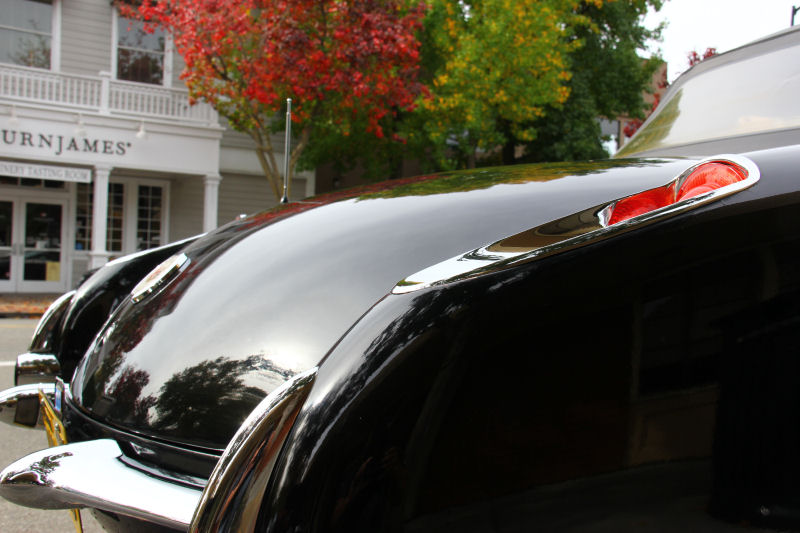 This car, being a '56, is not equipped with fuel injection and features the 265 V8, though I don't remember which transmission it had. Whitewall tires were a $32.30 option that really set the car off (obviously these are not the original rubber!) Speaking of things that are not original, curiously the interior appears to be white or beige. Onyx Black cars only came with red interiors originally. I didn't know going in, that the '56 Corvette is so rare. Only 3,467 were built, of which 810 were painted Onyx Black. This one is a very clean, very pretty example.
Posted by Jay Wollenweber at 12:00 AM