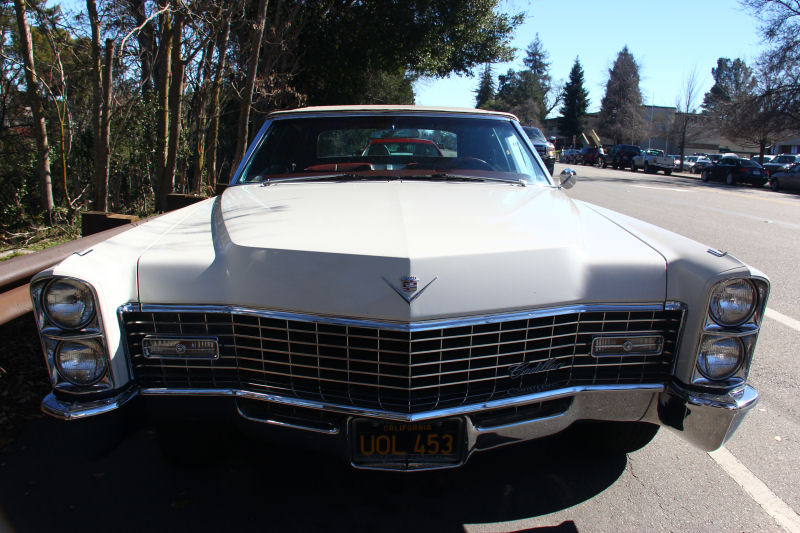 It's officially the beginning of summer which marks convertible season. Warm sunny weather is perfect for top-down cruising no matter what kind of convertible you have. A big lazy V8 convertible is great for taking you and five of your closest friends to nowhere in particular. A '67 Cadillac De Ville would be a fine candidate. 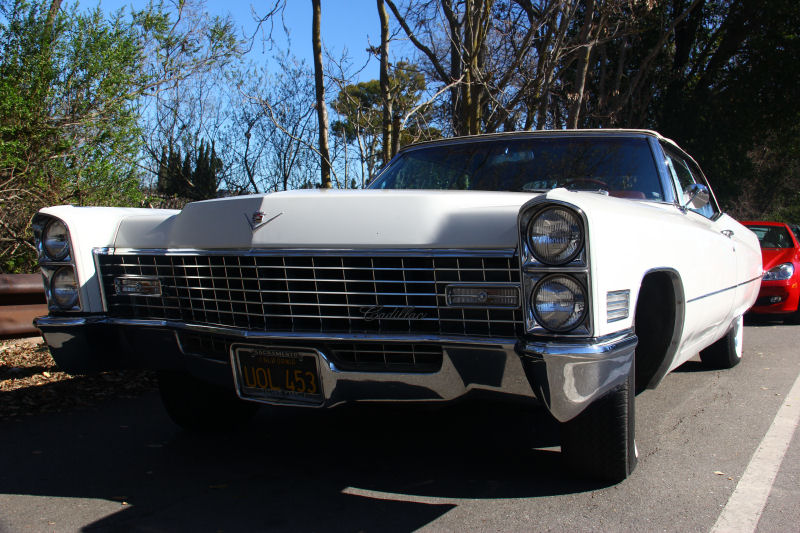 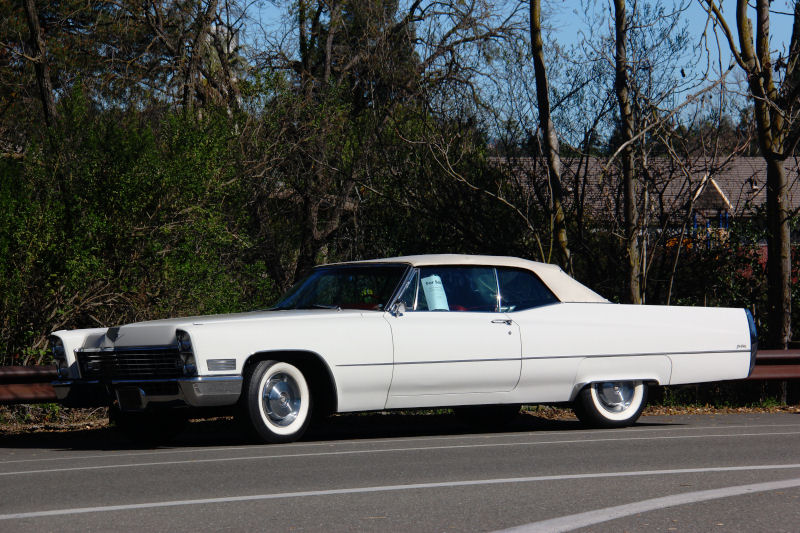 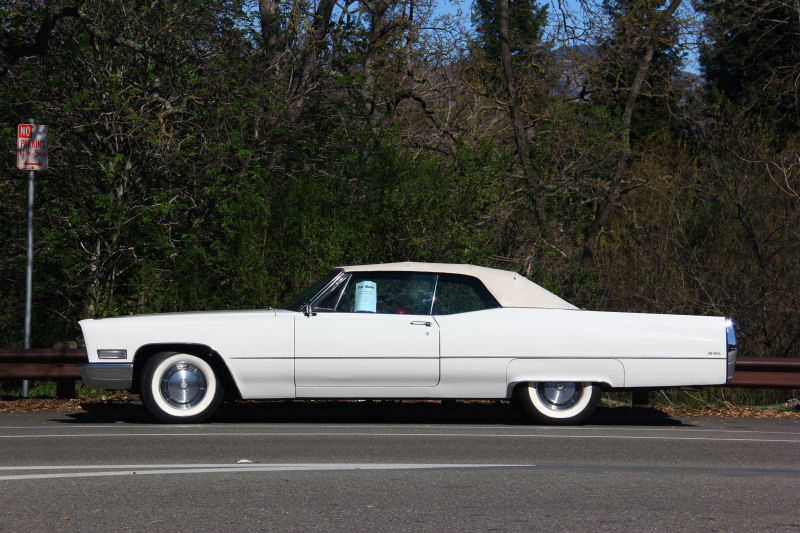 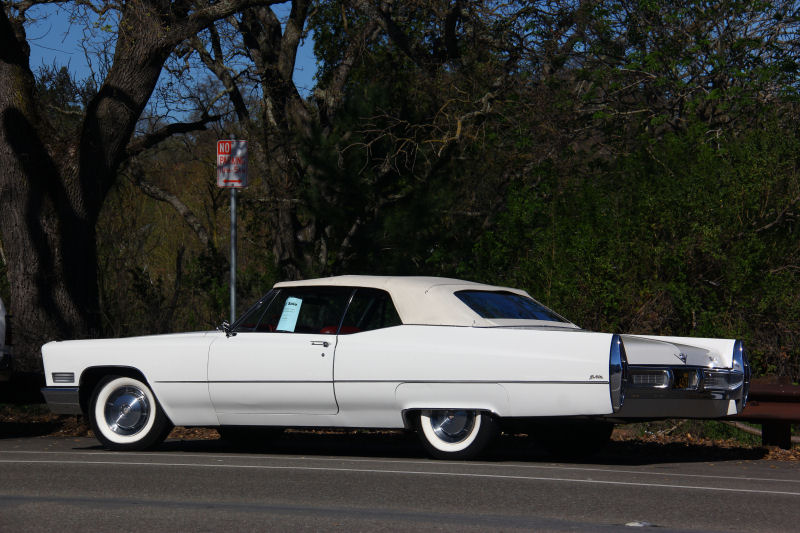 I have a soft spot for 1967 Cadillacs. After the 1964 model, '67 is probably my second-favorite styling of the decade. Its wide, raked front end, crisp edges and relatively restrained body trim create an automobile that intimidates lesser cars and warns pedestrians to stay out of the way. The top-shelf Fleetwoods make awesome hearses and limousines. As a convertible or Coupe De Ville, I'm somewhat torn. Two-door models come off looking a bit stubby. Maybe it's the short coupe greenhouse and very long rear deck treatment, but I tend to favor the four-doors for their proportions. The convertible looks much more graceful with the top down. 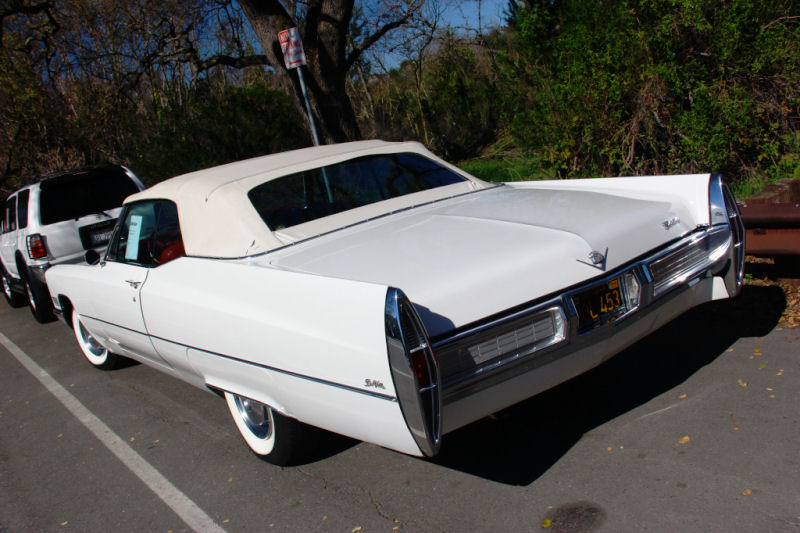 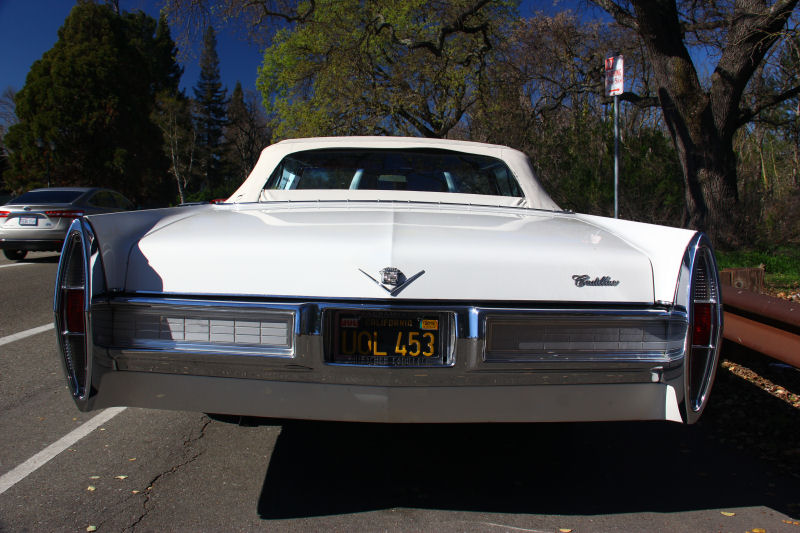 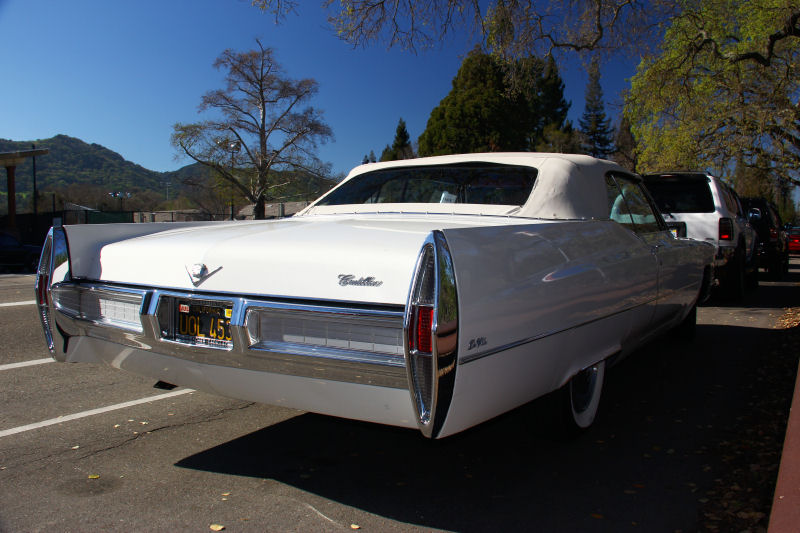 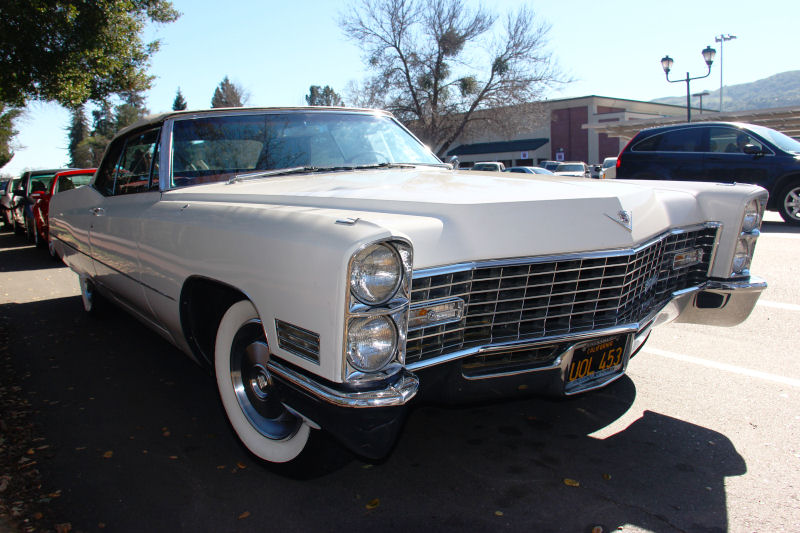 A customer ordering a 1967 Cadillac was shopping for one of the finest luxury vehicles America had to offer at the time, and the brochure was happy to show lavishly equipped cars with optional colors, interior fabrics and features like whitewall tires and padded vinyl roofs. What was standard for all models was power everything, and a 340 horsepower, 429 cubic-inch V8 and automatic transmission. If you wanted a factory manual you would have to wait until 1982 when the Cimarron came out. And trust me, you didn't want to do that. 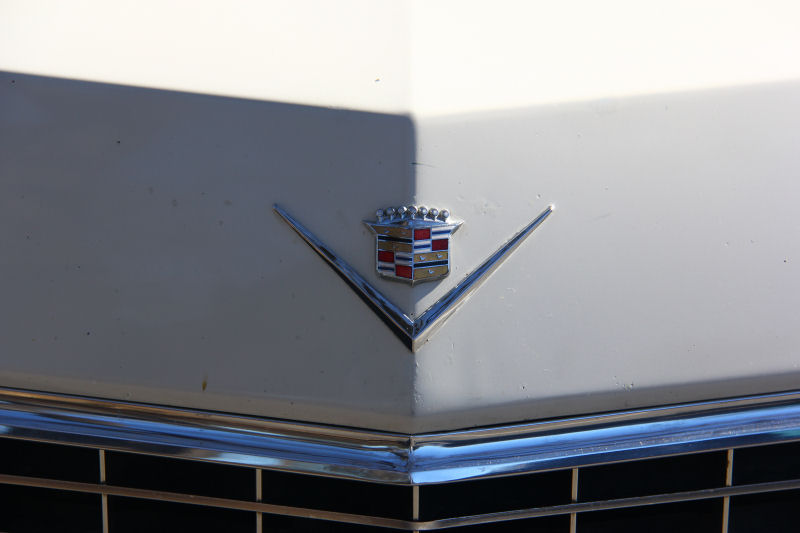 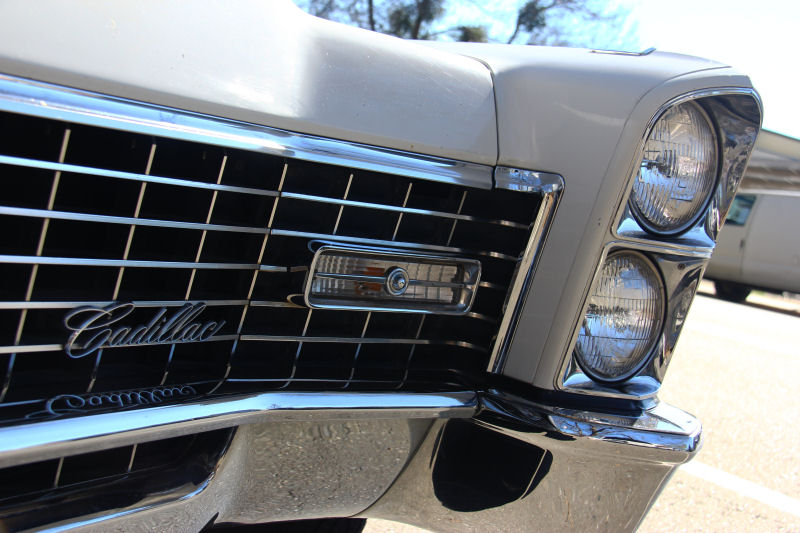 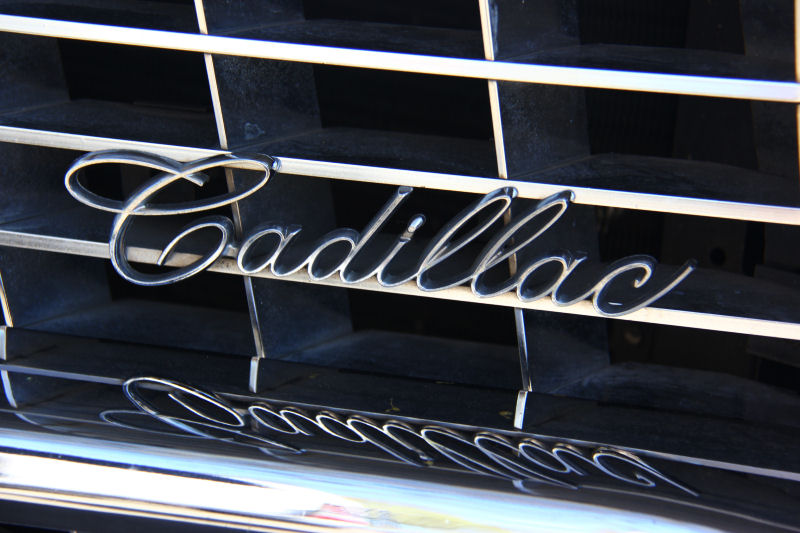 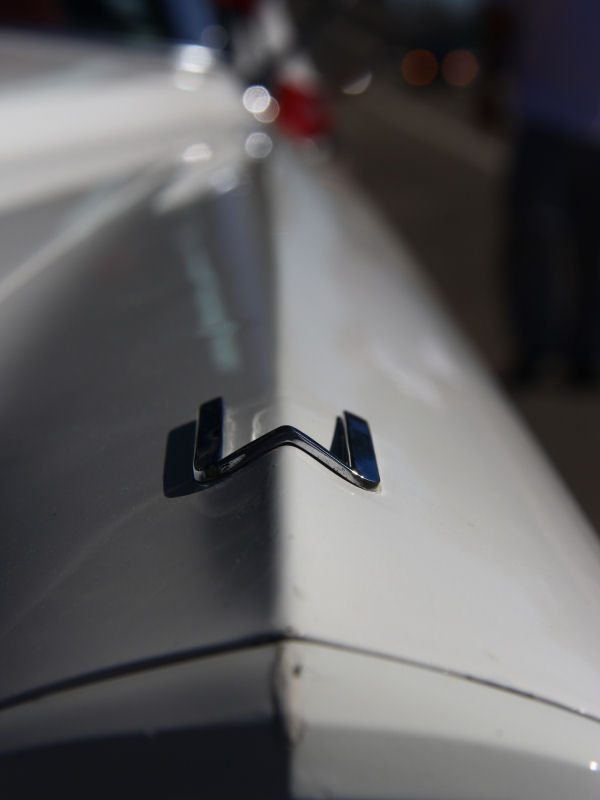 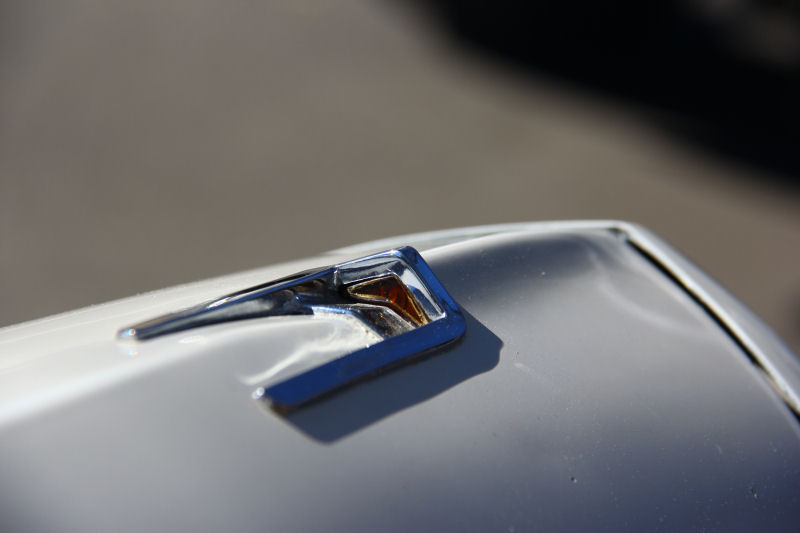 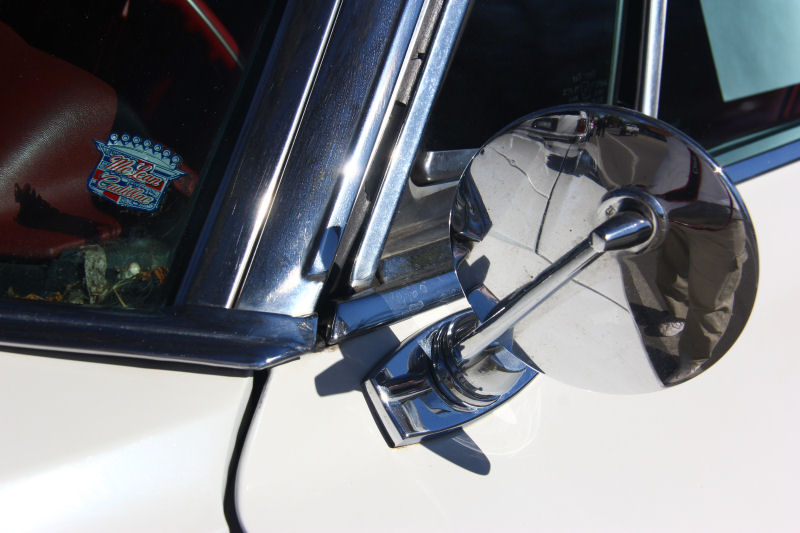 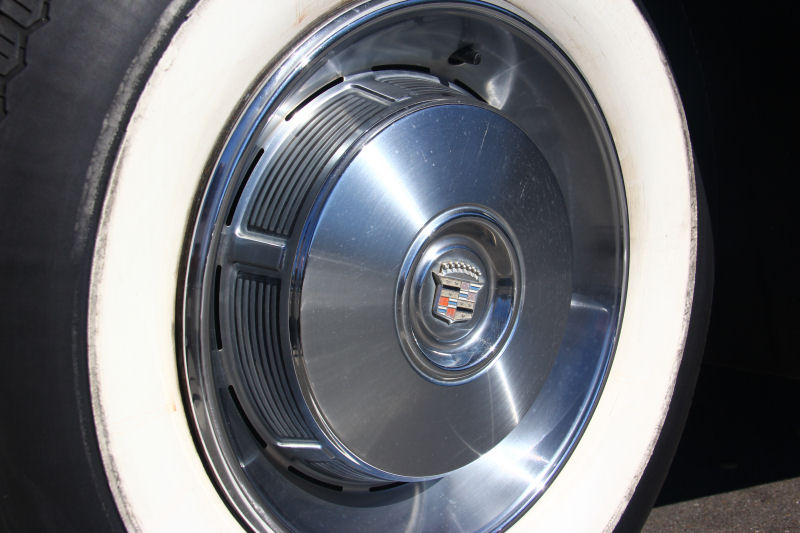 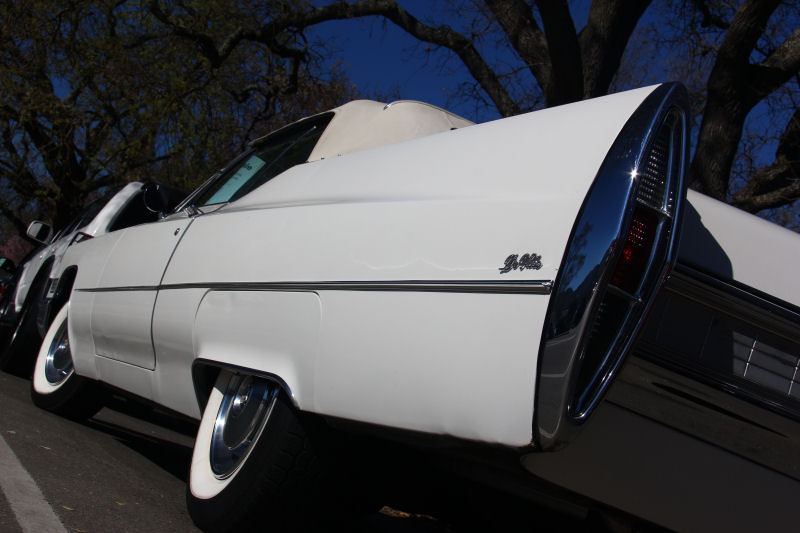 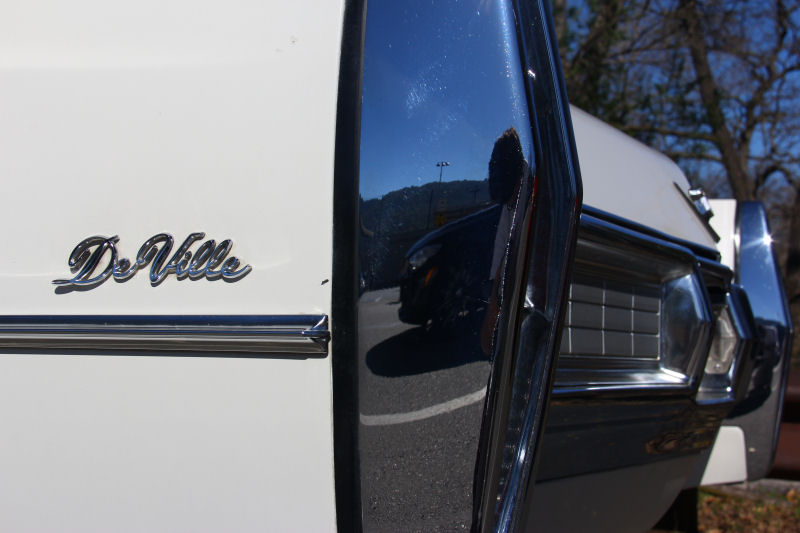 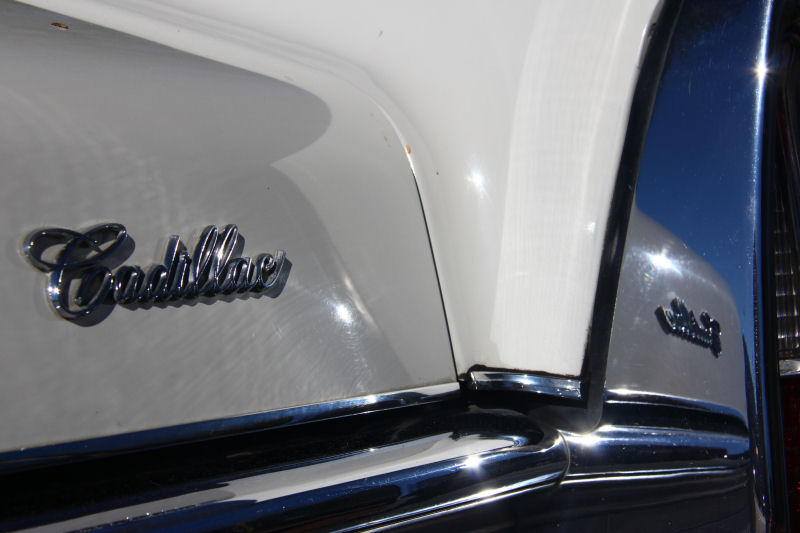 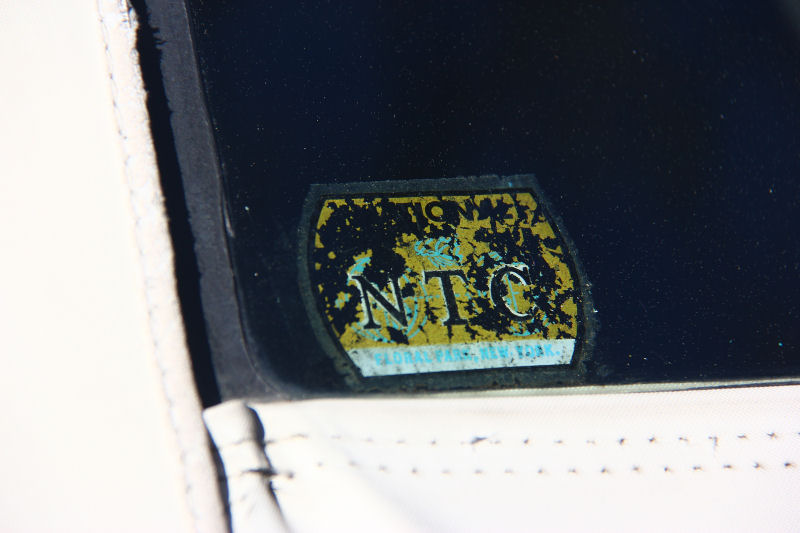 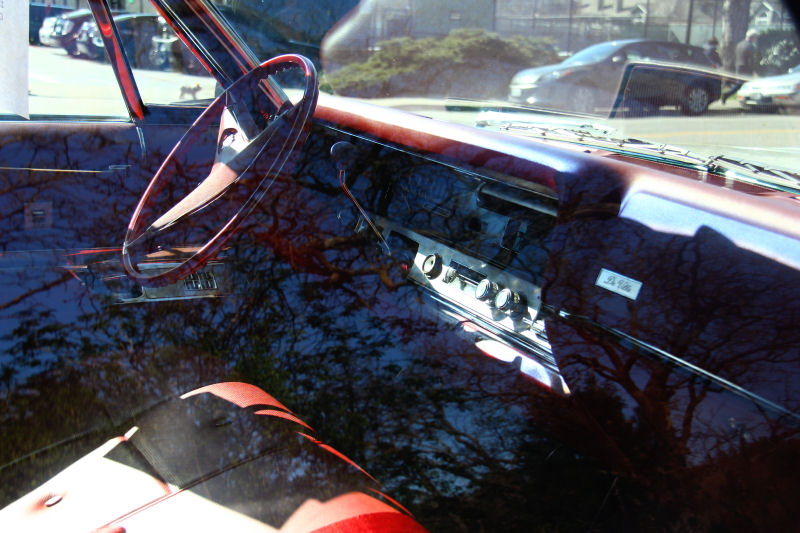 The De Ville convertible offered seventeen leather upholstery options and 21 exterior paint colors. This particular car was for sale and had a paper sheet listing its history -- the paint is original Grecian White but the interior has been redone "by the factory" in new Medium Red leather. My interior photo doesn't do the car justice at all. For a vehicle with original factory paint, this Caddy has held up well. The brightwork is also in good shape. Note the windshield sticker and license plate frame from McLean Cadillac in Santa Ana, California. Presumably that's where this car was sold new; the dealership at 201 Main St. served Santa Ana from 1939 until 1985 when it moved to a new auto center in Tustin, and the old building was replaced by modern condominiums.
Admittedly the fat whitewall tires seen on this car are not really my thing. They're a popular addition but I think they're more suited to the flamboyant chrome boats of the previous decade. I prefer the thin whitewalls separated from the rim by a black band. It's still a pretty sweet luxury cruiser for the right person and a great example of a '67 De Ville convertible.
Posted by Jay Wollenweber at 12:00 AM