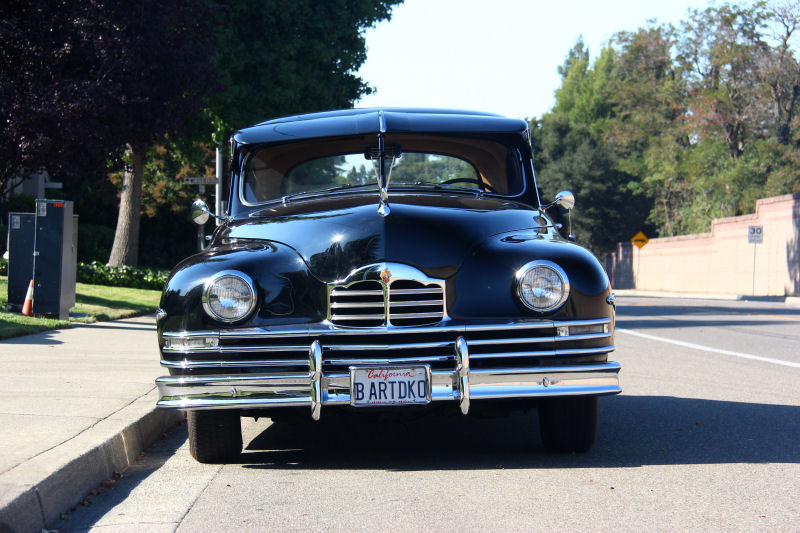 This is Independents' Week, a recurring feature here on California Streets around the 4th of July, celebrating cars from independent American manufacturers. That means no Big Three cars from Ford, General Motors or Chrysler. This is a 1949 Packard Standard Eight Touring Sedan. 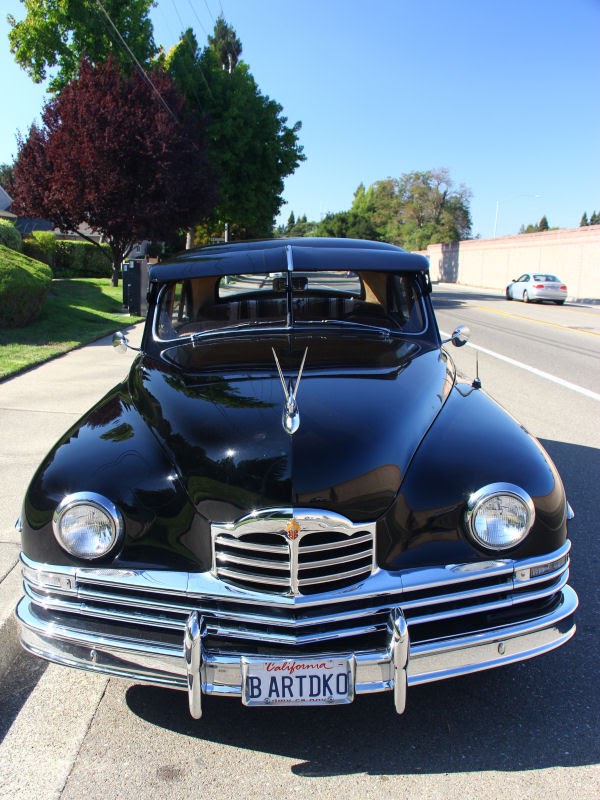 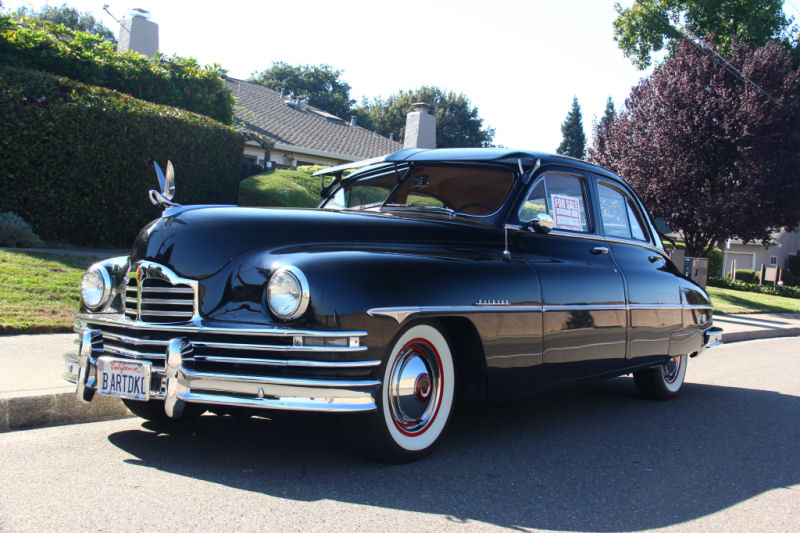 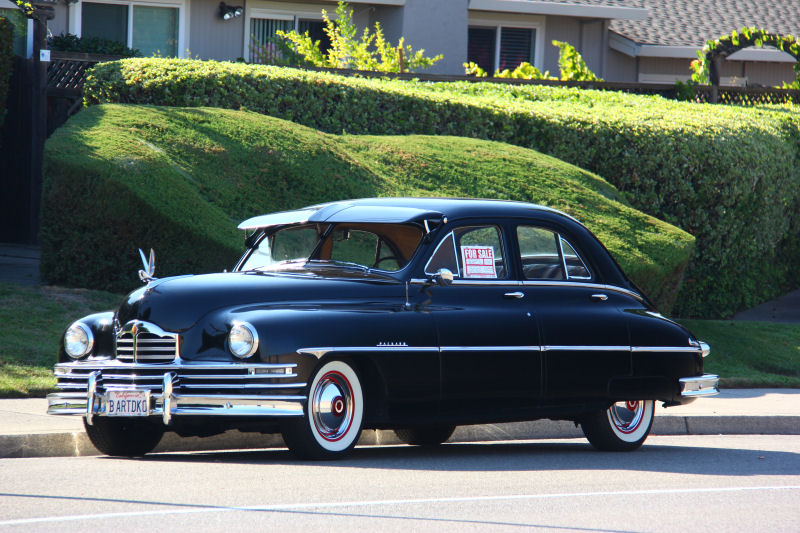 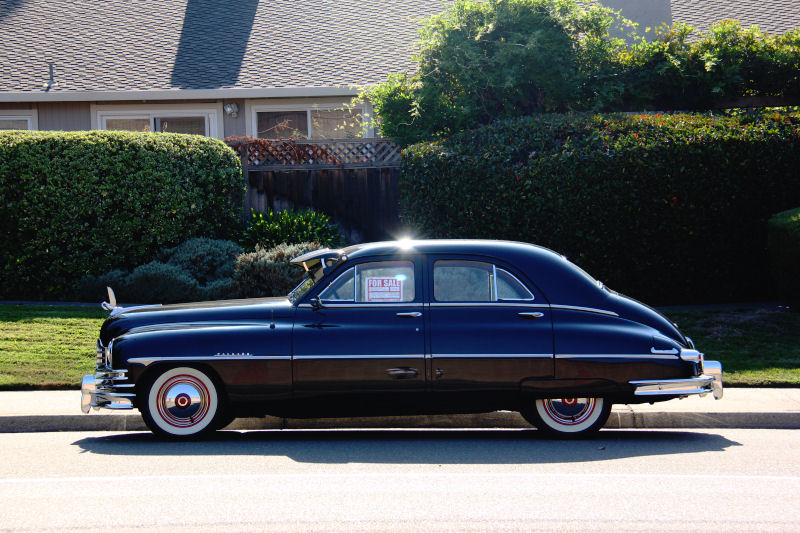 My job takes me all over town and I run across the occasional awesome car, but only after I'm off the clock do I have a chance to come back and really appreciate it. In those rare instances when the car I saw earlier is still there, I like to grab my camera and show it some love. 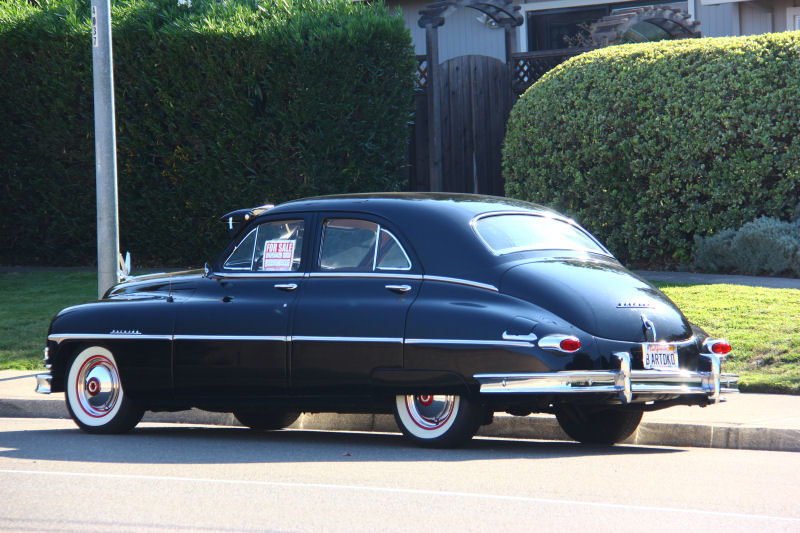 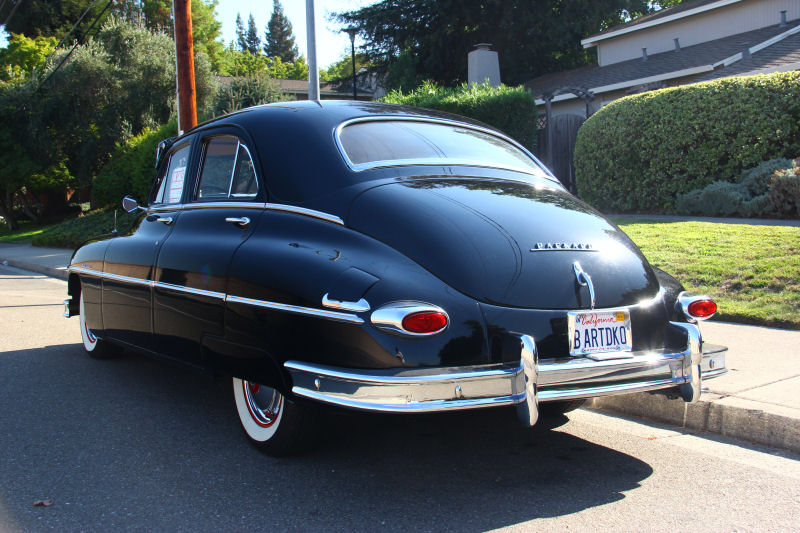 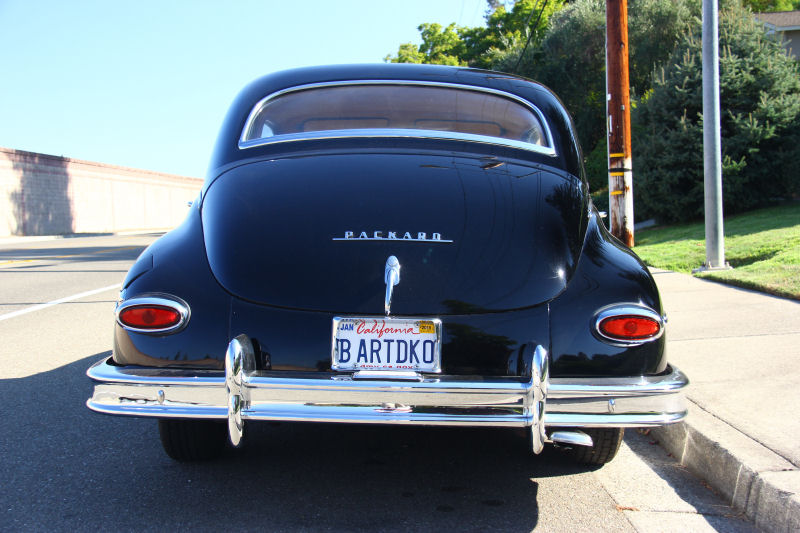 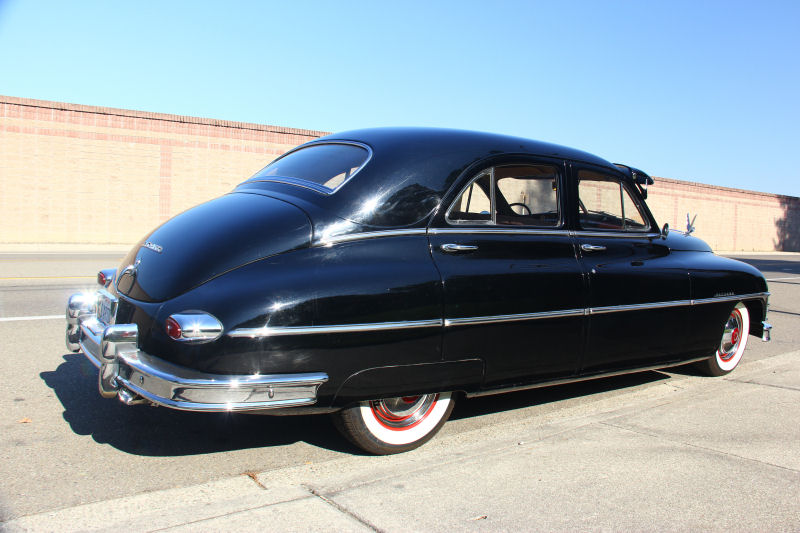 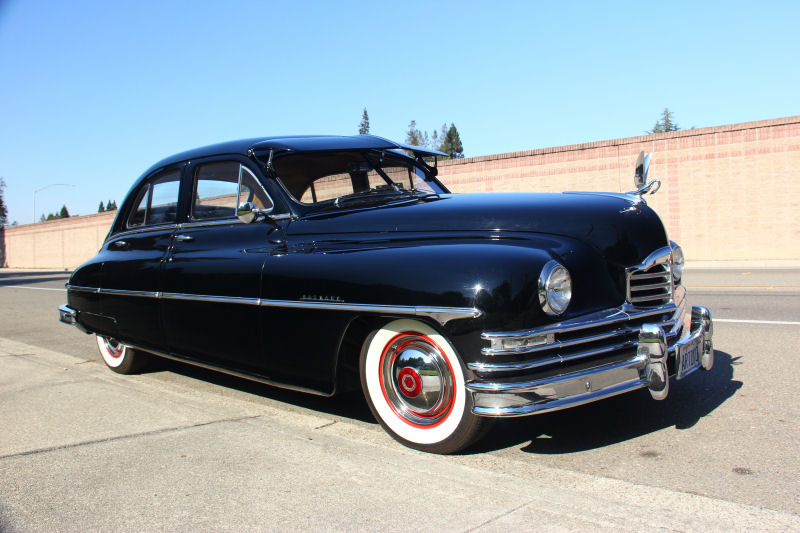 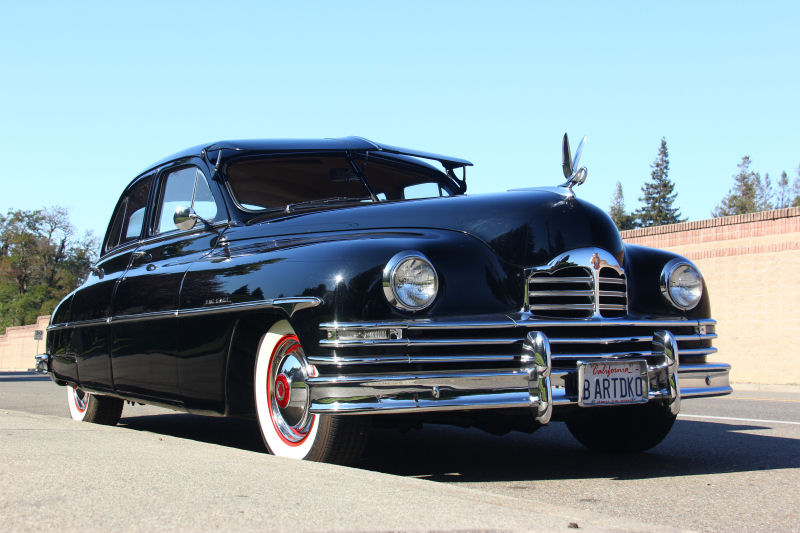 This 1949 Packard is one of those after-work shoots, and I liked it enough to capture every angle and detail. A postwar Packard is a rare sight, even a relatively mainstream, low-trim Eight sedan. This was back when Packard still meant prestige and luxury, but was starting to water itself down into the lower-tier luxury market. I guess think of it like an independent Buick in the years following World War II. Packard restarted car production for 1946 with slightly facelifted '42 models like most other manufacturers, and a new flush-fendered "bathtub" body debuted for 1948. The new styling was dubbed the Pregnant Elephant by detractors and was not actually an all-new car, just the old chassis with a reworked body. The '48s came with a standard straight-eight engine and in '49 the Ultramatic automatic transmission was introduced on top-trim models, just in time for Packard's golden anniversary. This car has the standard manual gearbox, but is decked out with a Fulton Company Sun Shield visor, whitewall tires, beautiful cormorant hood ornament and full stainless and chrome body and bumper trim. I love the license plate, "Be Art Deco". It certainly is. 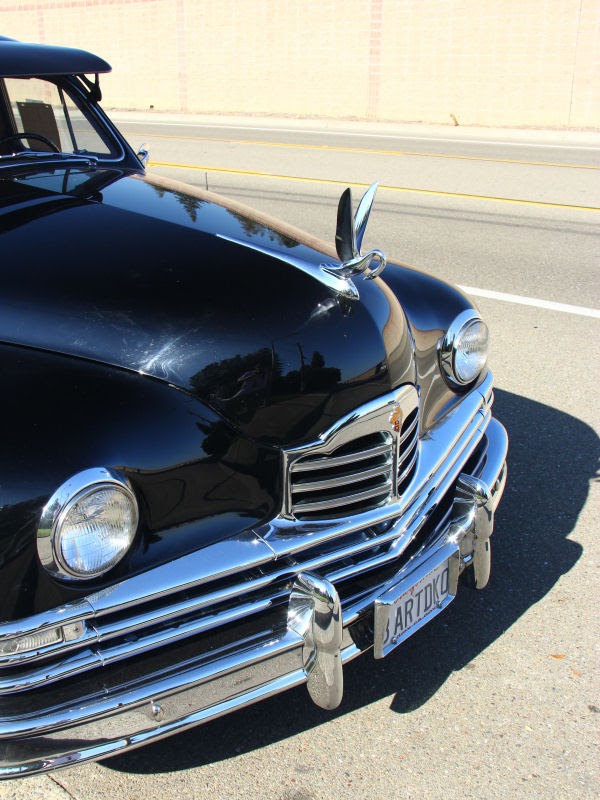 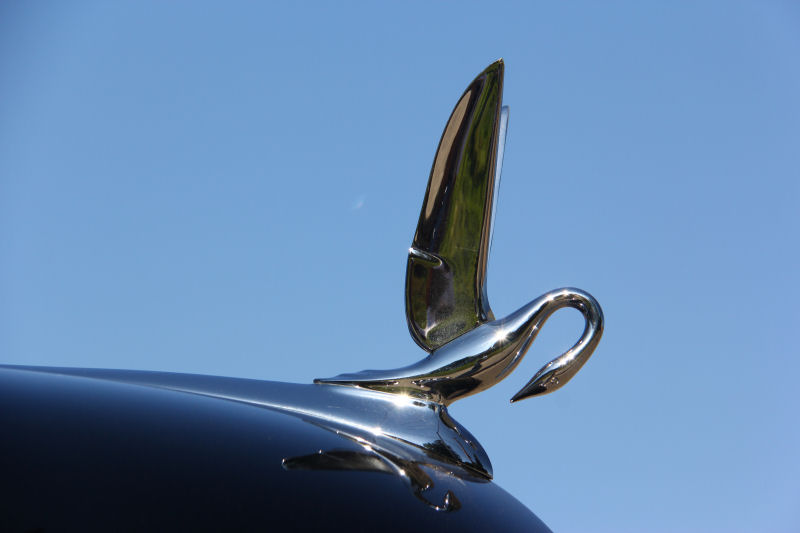 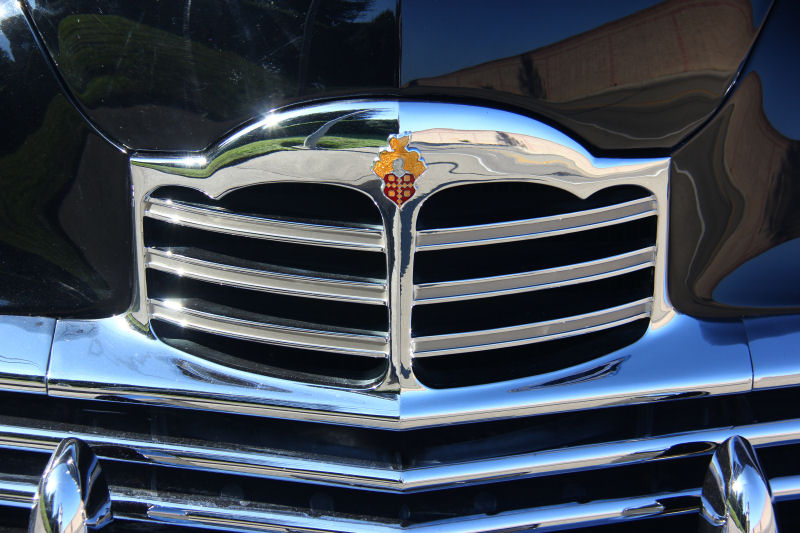 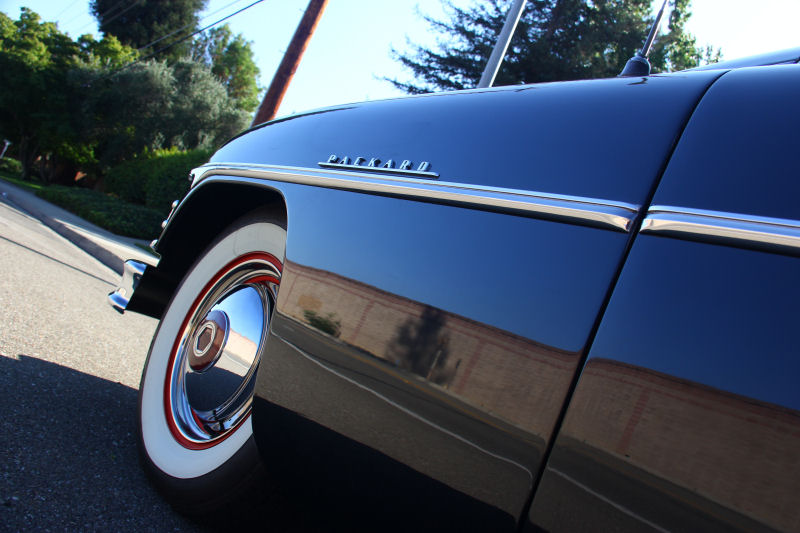 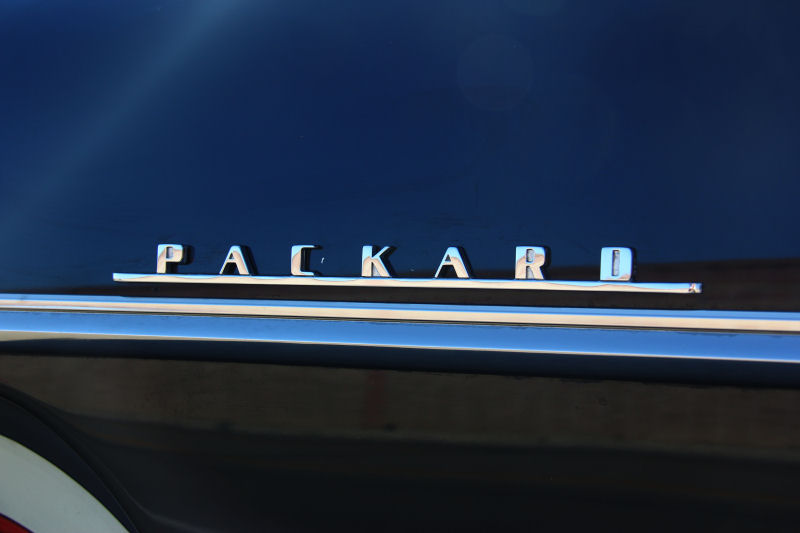 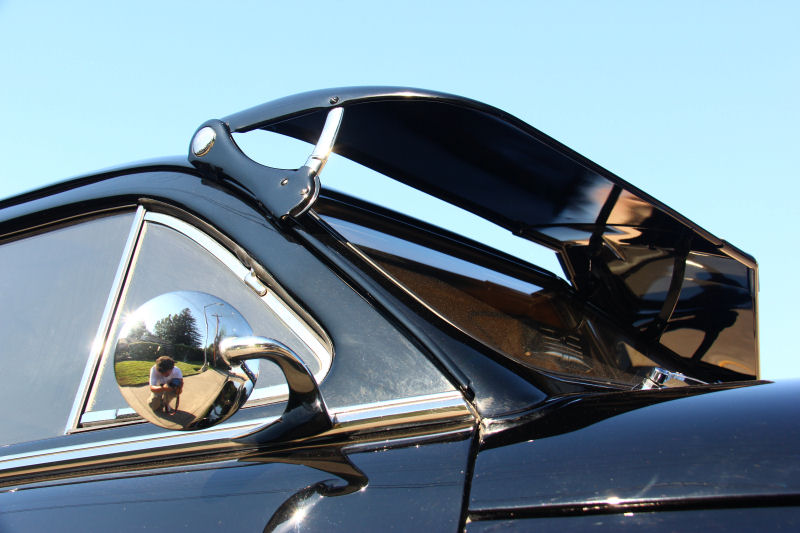 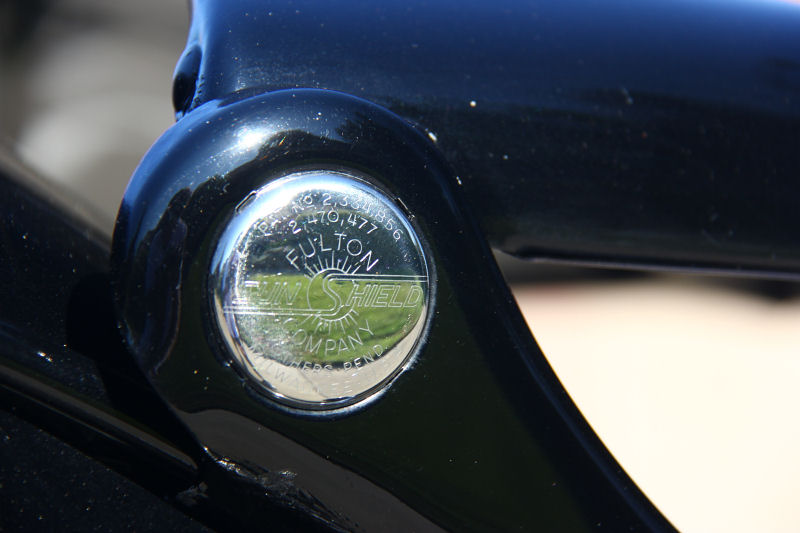 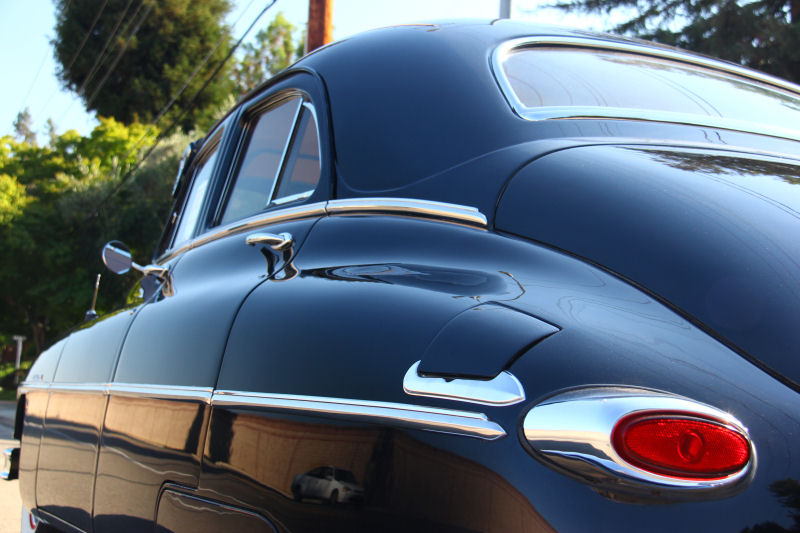 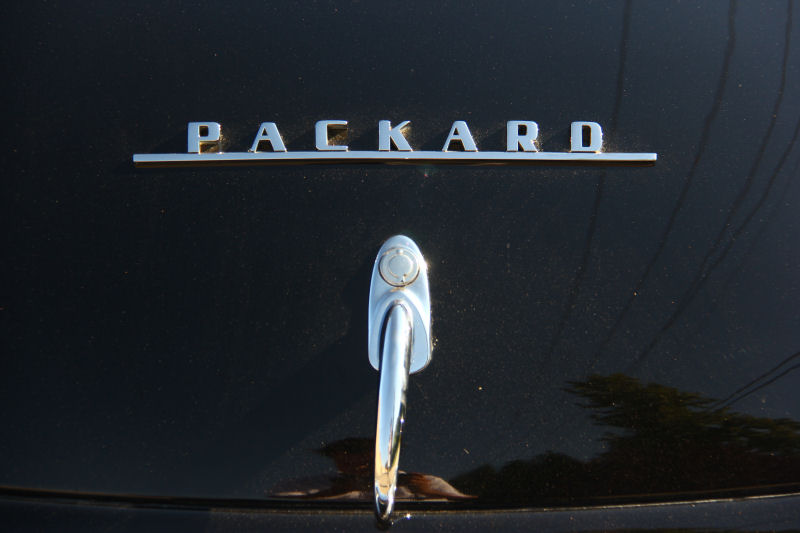 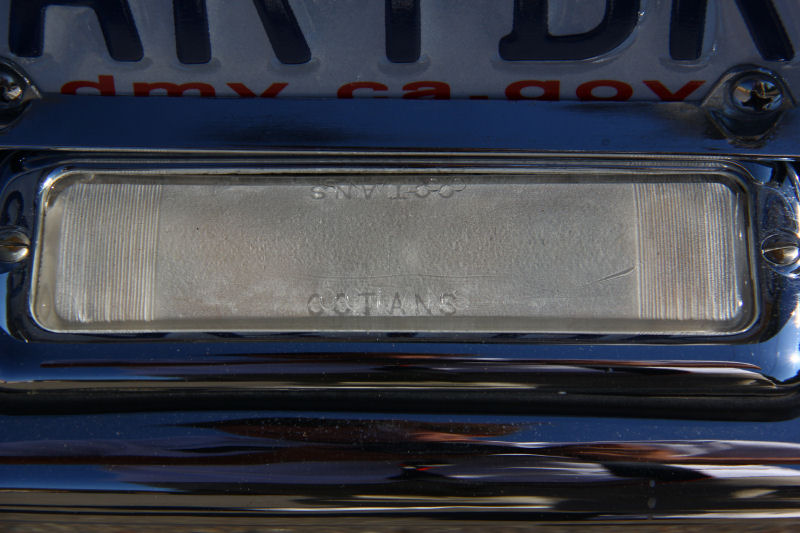 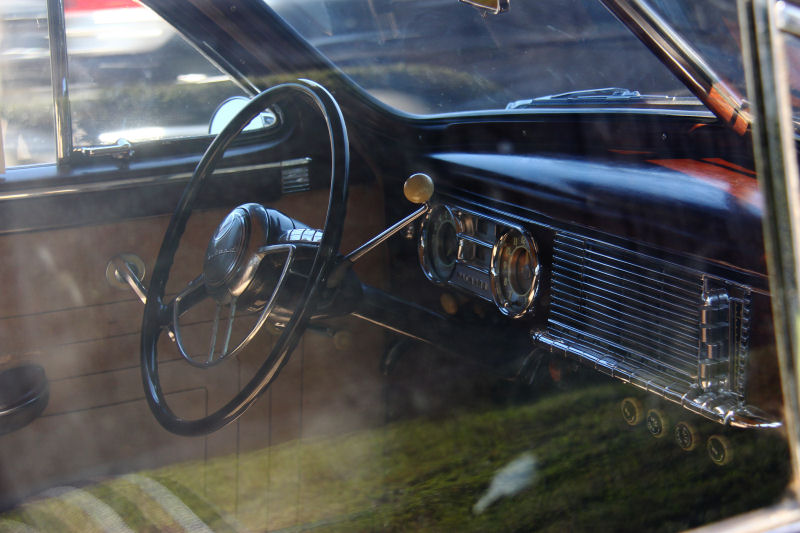 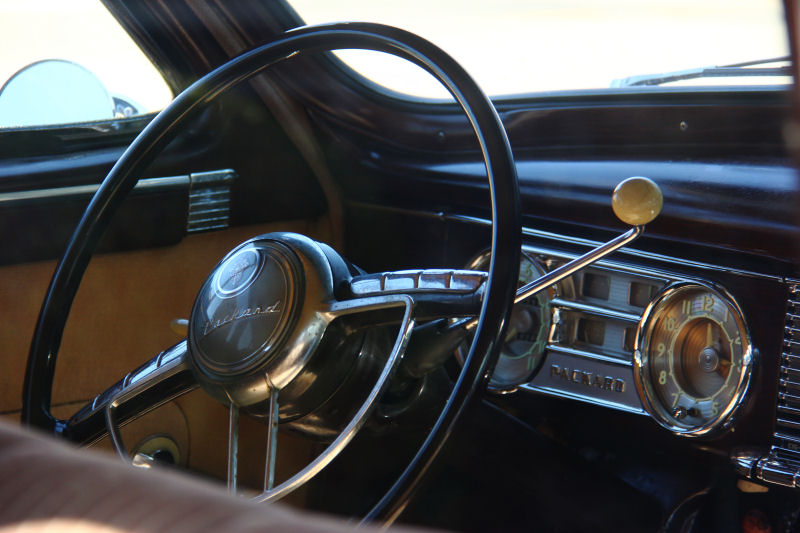 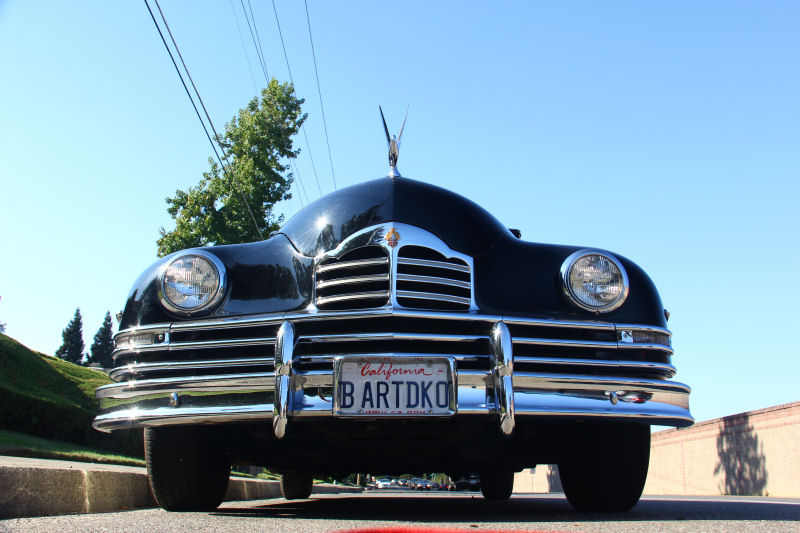 To my readers and my country, wishing you a safe and happy Independence Day!
Posted by Jay Wollenweber at 12:00 AM