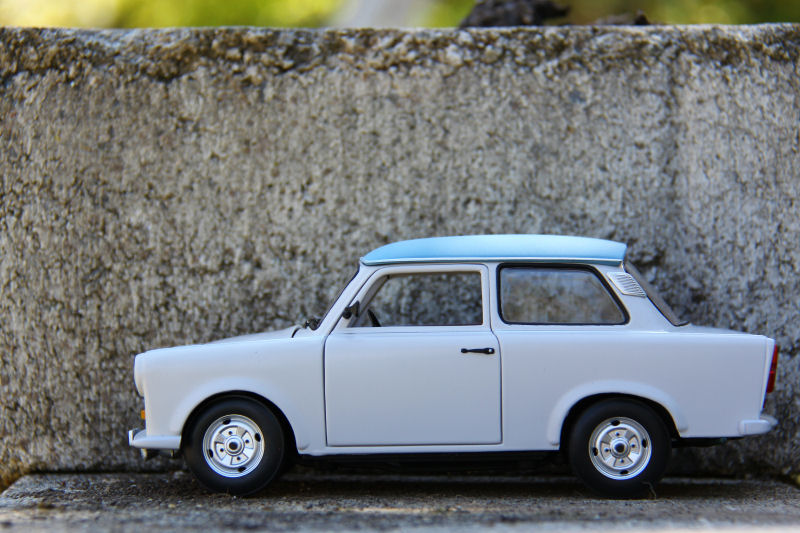 What's this? An East German Trabant in the United States? Well yes, and no.

I would absolutely love to find a Trabant as a street sighting -- and I know that there are some in California. But this is just a diecast, 1:18 scale replica. It's issued by "Cars & Co." and is a Sun Star casting first used in the late 1990s by Vitesse. From what little I can find, it appears that Cars & Co. is a German Sun Star diecast distributor. That would make sense given that both of my Trabant models were purchased from sources in Germany. This one is the 601s De Luxe Limousine, the two-door sedan model. 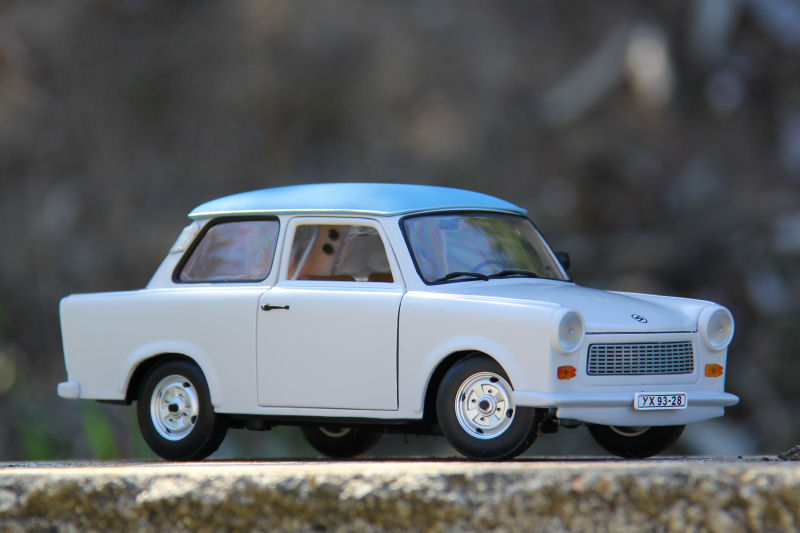 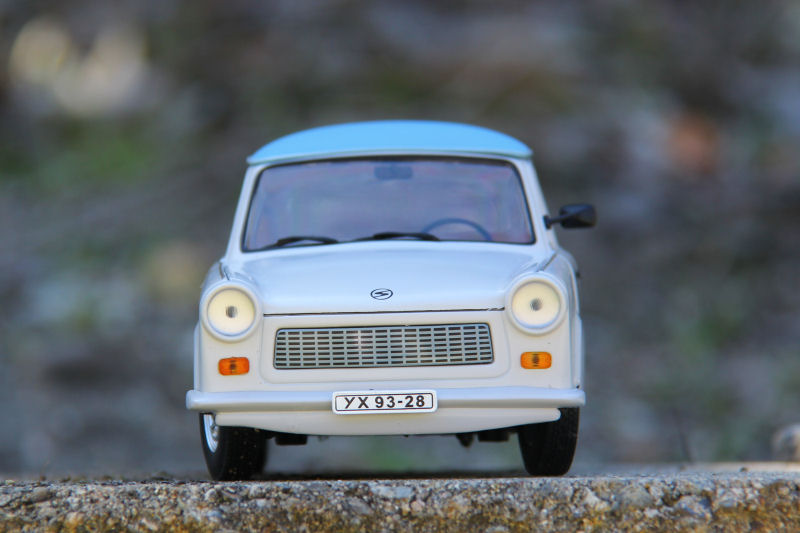 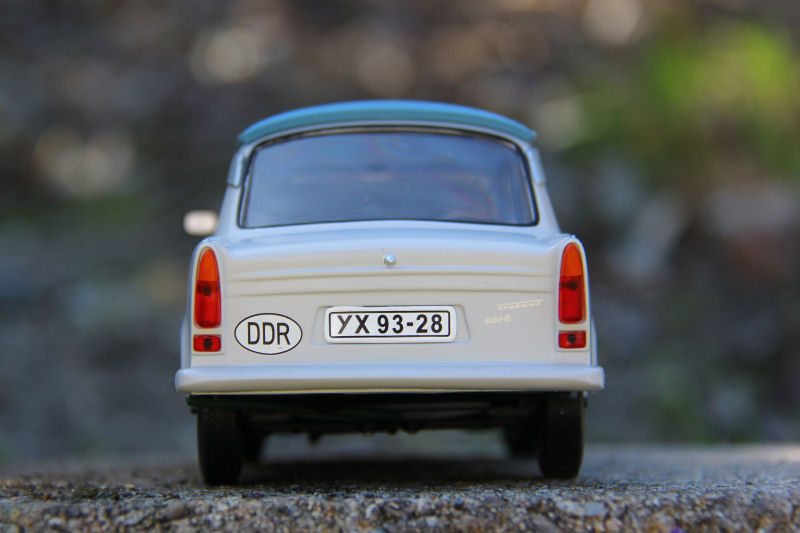 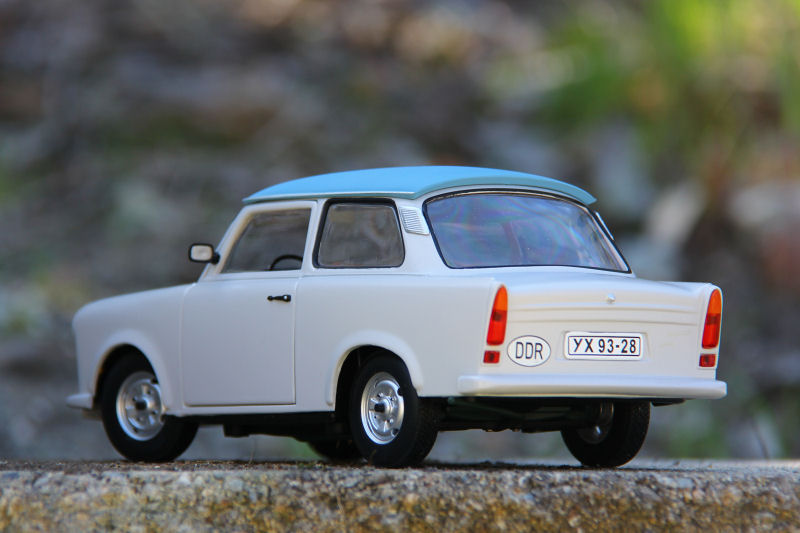 The Sun Star Trabant is an older casting that lacks some of the fine detail and interactive parts collectors now expect from large scale diecast models. But one must also consider that it represents a simple vehicle built behind the Iron Curtain, under communism, constructed from cotton-fiber reinforced plastic and powered by a two-stroke engine. I don't expect a model of a car like that to have extreme amounts of detail and hundreds of component pieces. What you get from Sun Star is an opening hood, opening doors and steerable wheels with no suspension travel. At a glance, the car looks and feels cheap. If you have seen a real Trabant, they're kind of the same way. 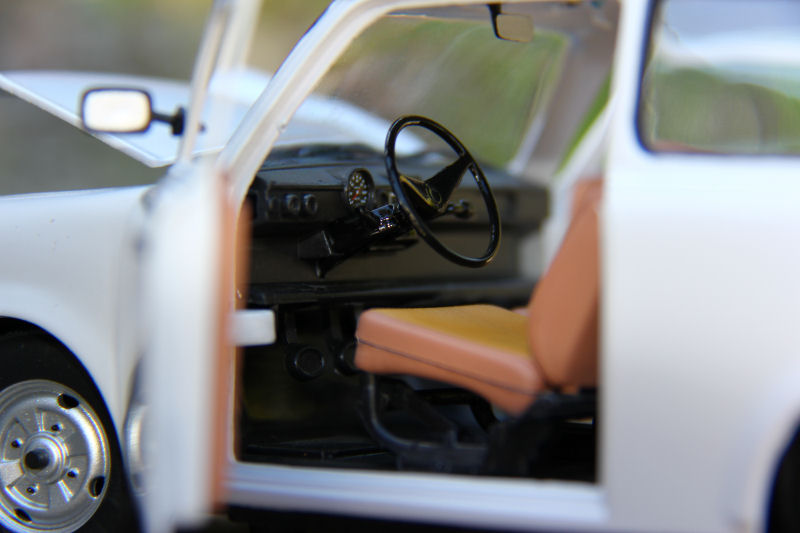 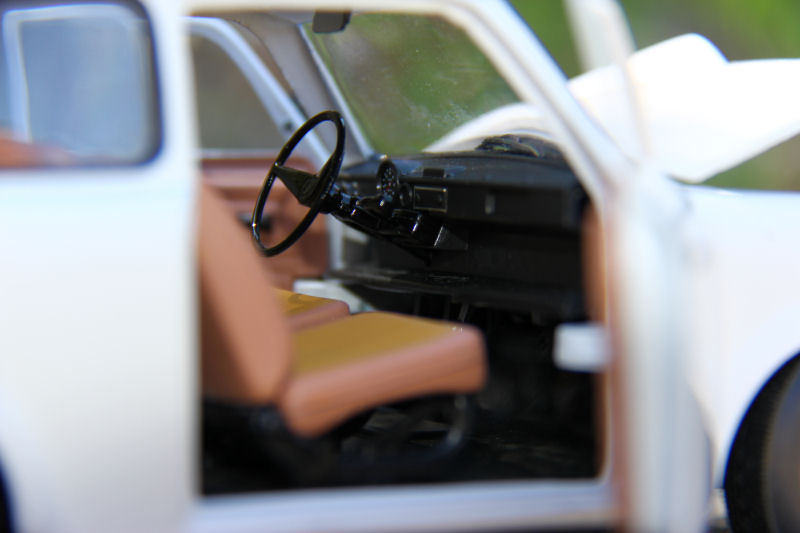 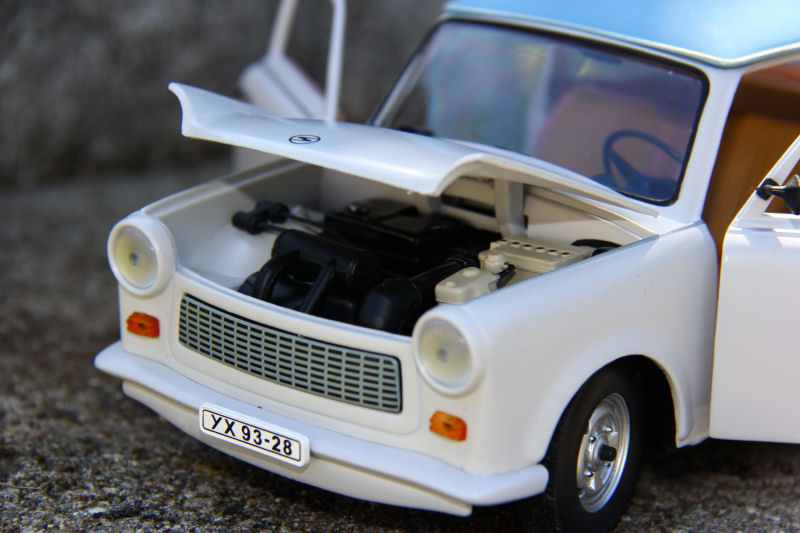 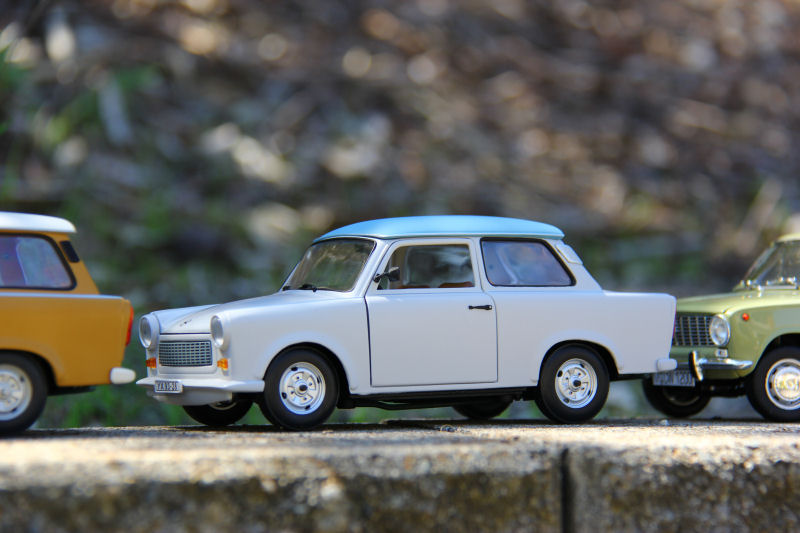 The 601s sedan is basically similar to the Universal wagon and just features a different body. Neither body style has an opening trunk or rear hatch. Colors and license plates are different between them, and both castings were released in a variety of color schemes. For my collection I deliberately chose Trabants painted in drab colors to play off the dreary nature of their Eastern European environment. Oddly enough the same license plate numbers were used between the sedan and wagon depending on the color and release number. The plates on my car were also used on an all-blue wagon, all-blue sedan, white sedan with brown roof and a green sedan with white roof. There may have been still other variations that I don't know about. Both my wagon and sedan have the prosthetic limb-colored interior with spindly steering wheel and one solitary gauge. Engine detail is basic but it's there. The model has enough detail present at this price point that it doesn't feel like too much of a ripoff. And the subject matter is fun and fairly unique, and since it comes in all kinds of color combinations you can pick and choose which one best suits your personality, decor or diorama setting.
Posted by Jay Wollenweber at 12:00 AM