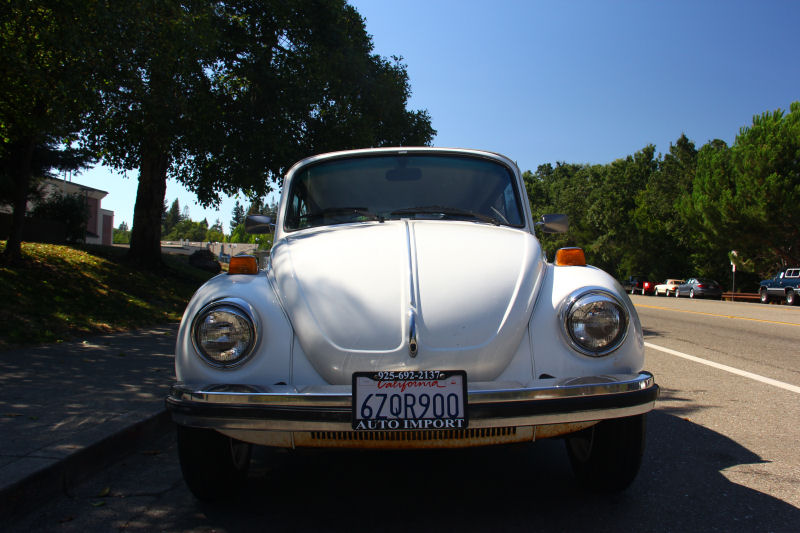 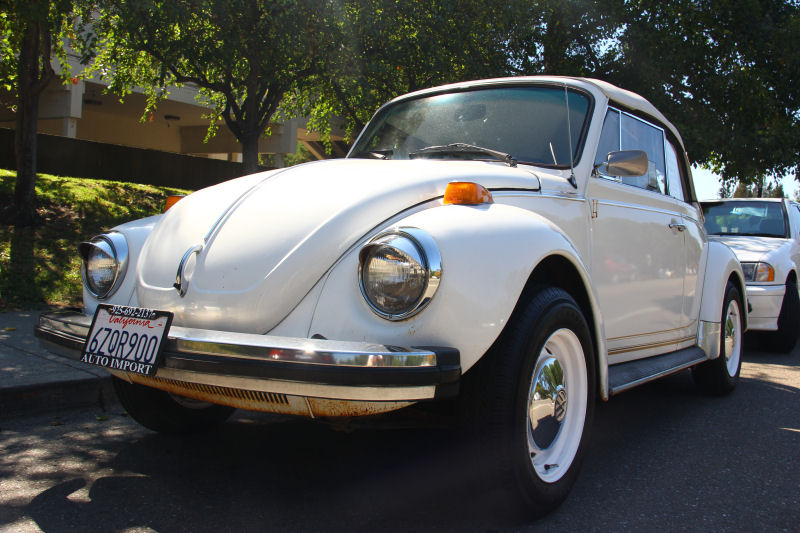 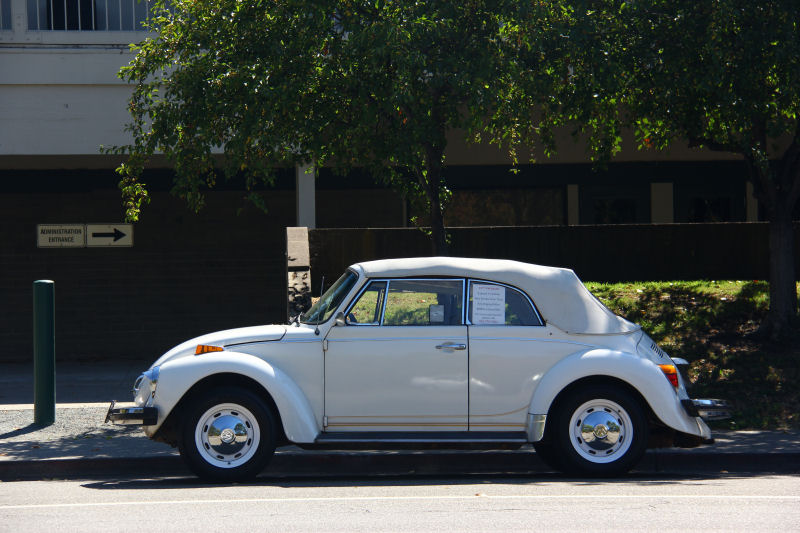 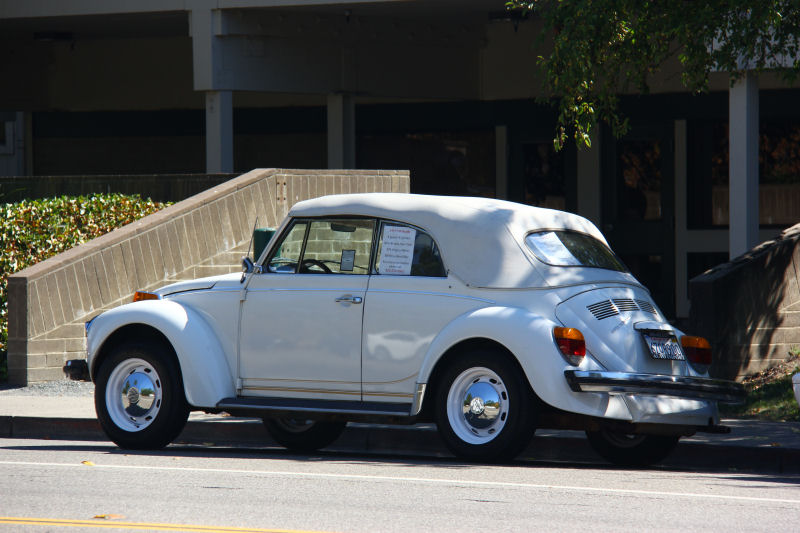 The Champagne Beetle was produced to commemorate one million Volkswagen Rabbit/Golf sales. Only about 1,000 were produced, and each dealer only received one. These Bugs were basically a 1303 Super Beetle body, built as a convertible by Karmann, outfitted with white leatherette interior and faux burled elmwood dashboard. The sole color offered in 1977 on the Champagne was Alpine White with unique gold rocker stripe decals. Factory wheels were Lemmertz GTs with whitewall radial tires, though this one has the standard Beetle wheels with chrome center caps. I actually prefer them. 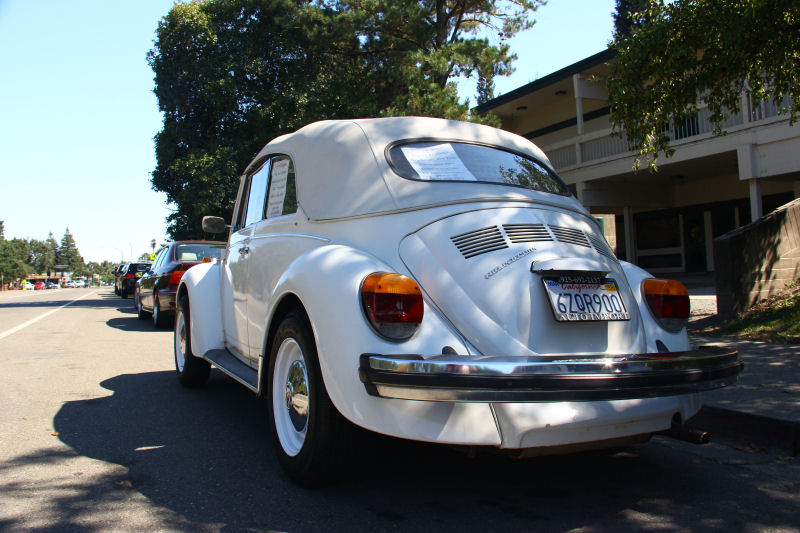 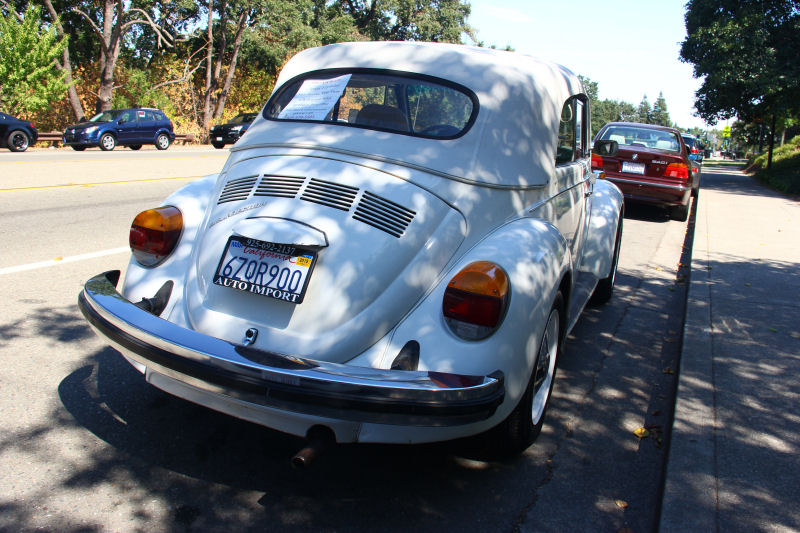 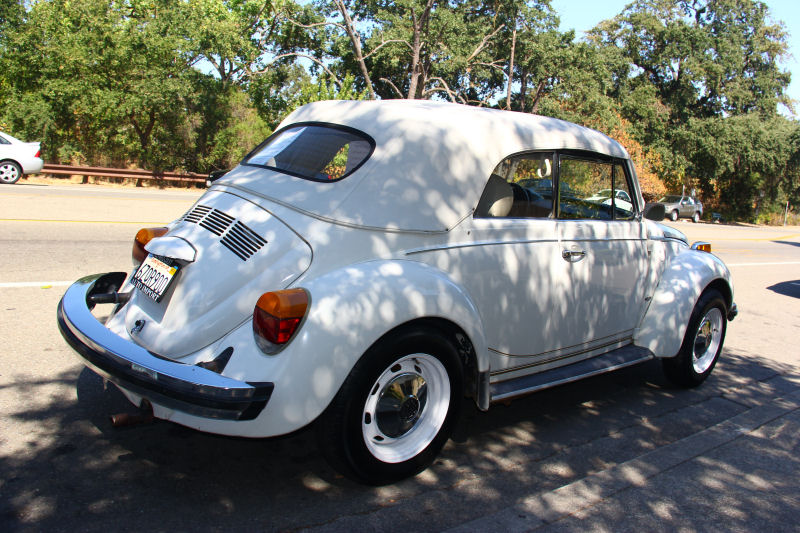 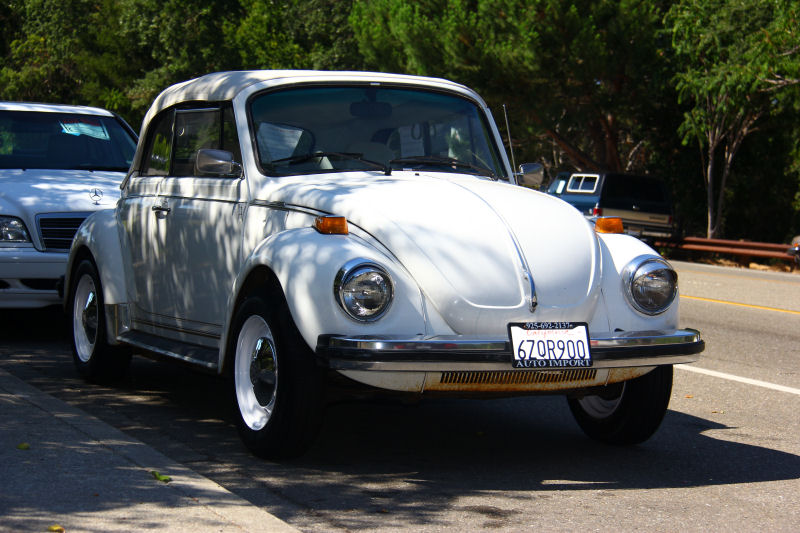 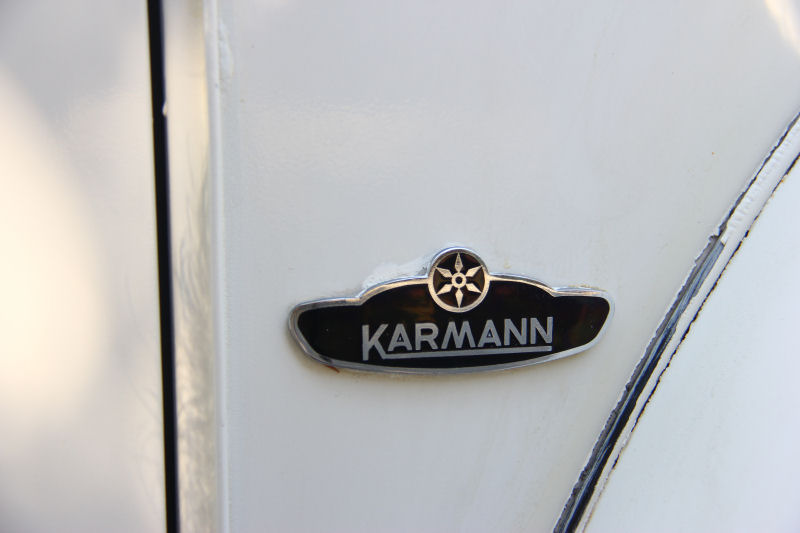 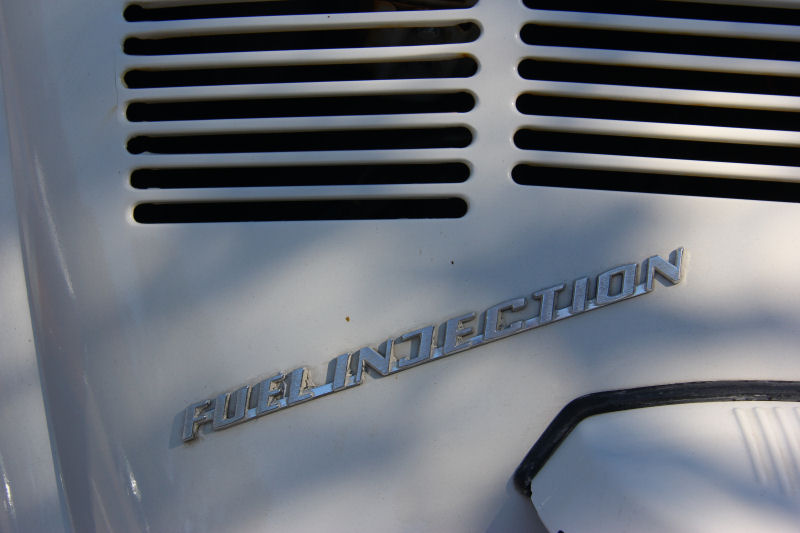 This is a pretty nice Beetle and a pretty nice example of a rare special edition. Yeah, it's just paint and stripes and some interior options, but it's also a low-mileage, very original car that had done a mere 47,000 miles when I came across it. On close inspection it needs some love, particularly where the front valance is pocked with rock chips and rust, but darn if it isn't a cute little thing.
Posted by Jay Wollenweber at 12:00 AM