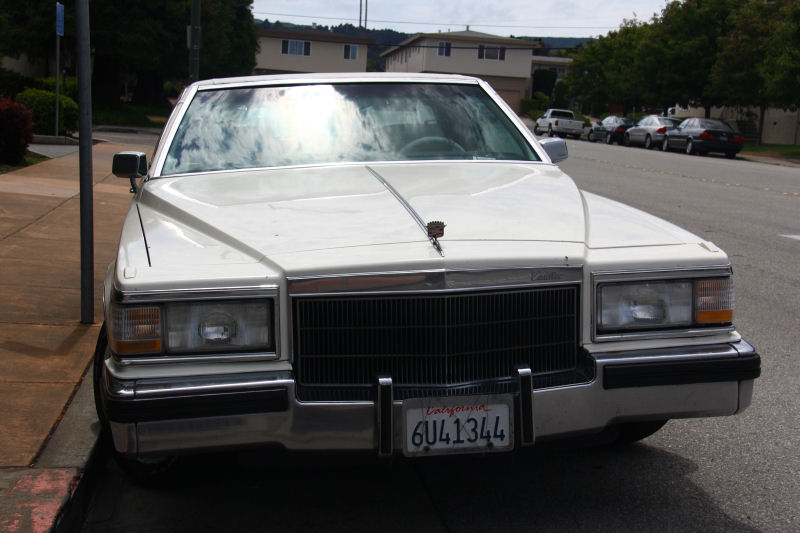 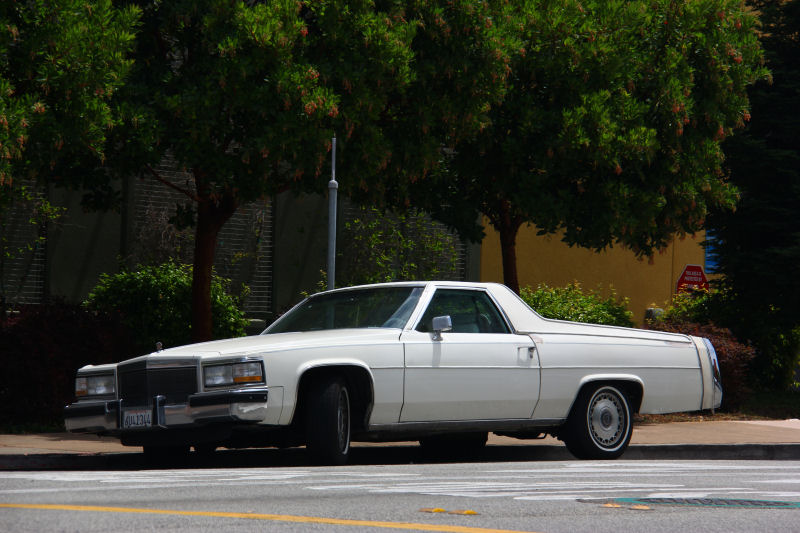 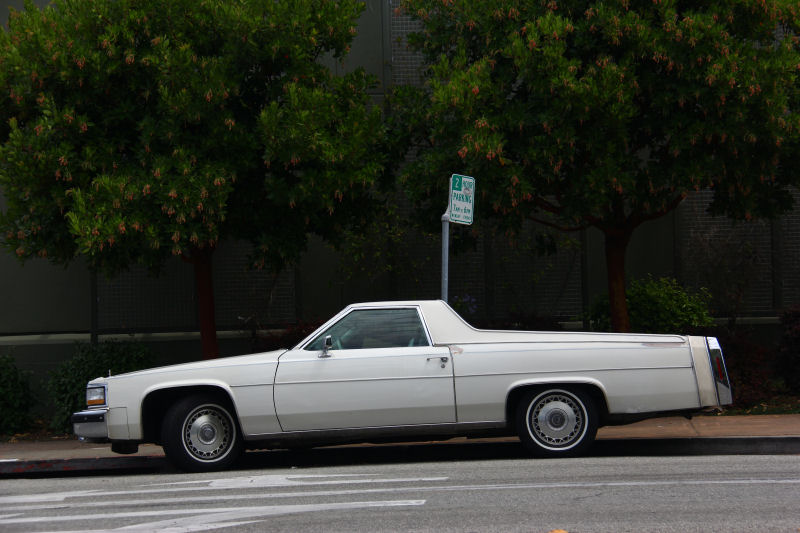 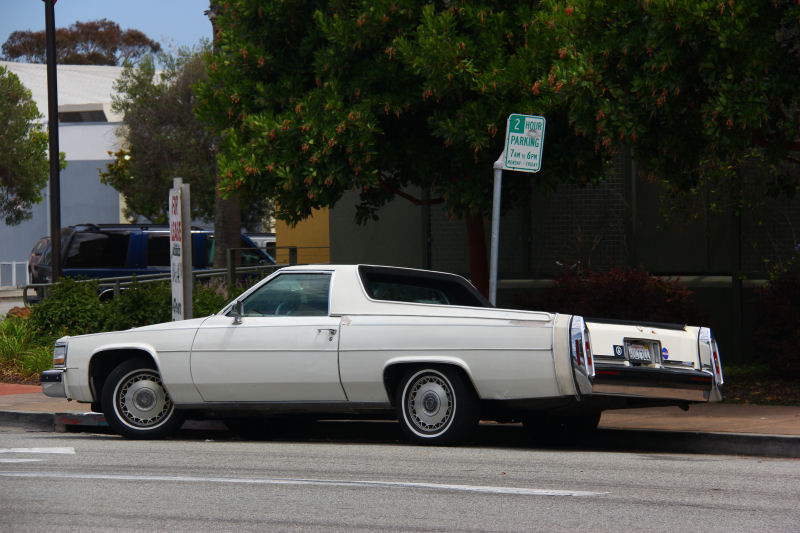 A California company called Caribou performed conversions on Cadillacs from the 1970s to the mid-1980s to turn them into luxury pickups. I guess it began with Evel Knievel's custom 1974 Coupe DeVille truck built by Gene Winfield, and went from there. Other companies offered their own variations on the theme, like American Custom Coachworks' Paris and Traditional Coachworks' Mirage.

May 2020 edit: Apparently this car is a Mirage conversion, described by the owner as having been done by a GM authorized shop in the Los Angeles area. 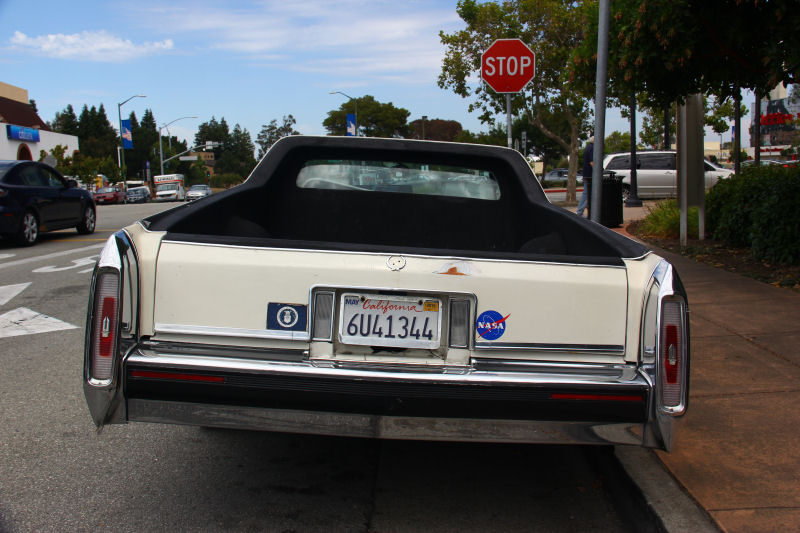 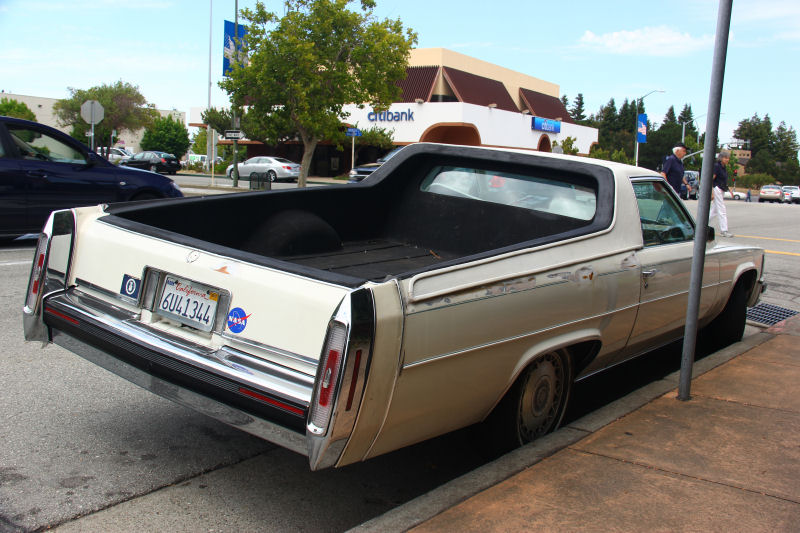 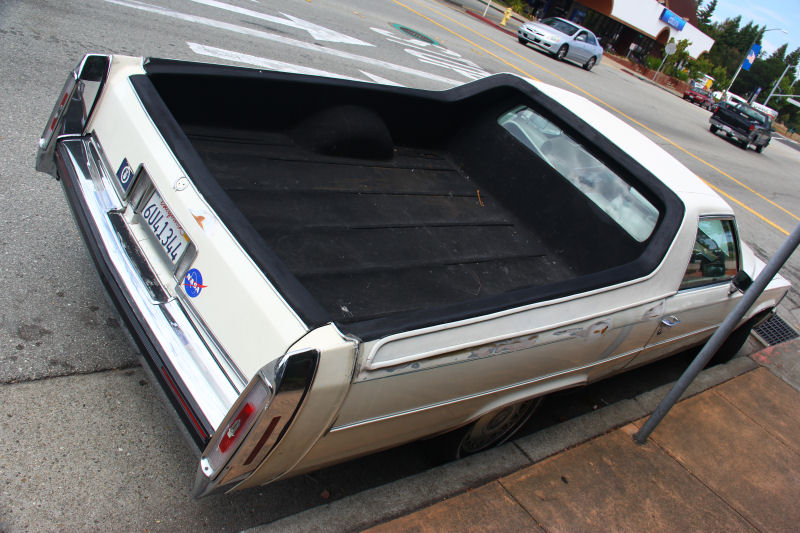 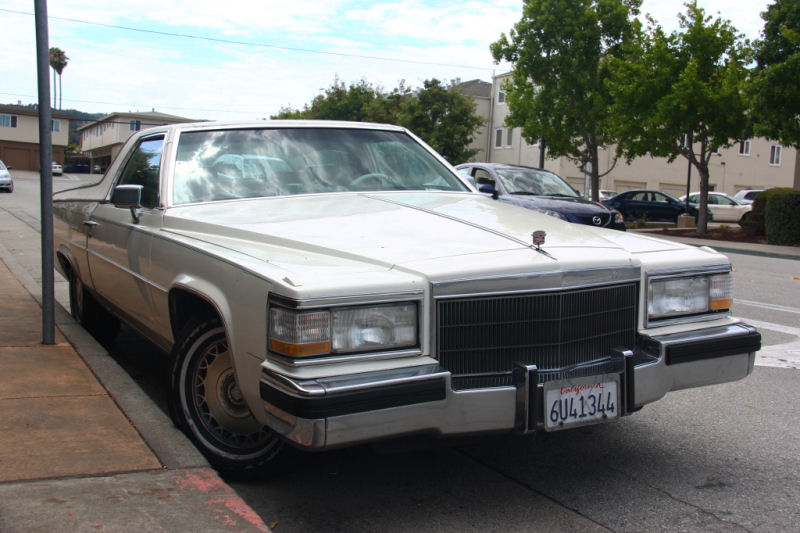 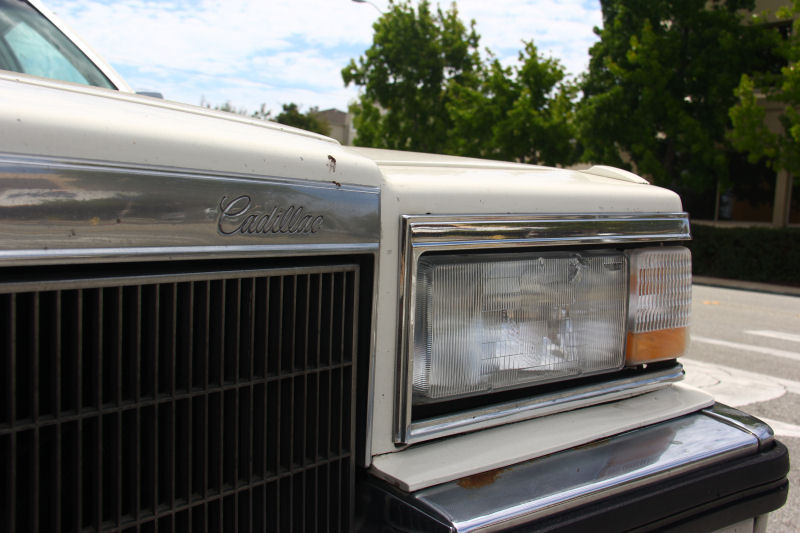 This Coupe DeVille doesn't look to me like it was a flower car, primarily because such vehicles usually have stainless steel runners or liners in the bed, and boxes or channels or some other kind of stainless structure on top of the bed rails for holding flowers and whatnot. The shape of the buttresses, apparently fiberglass bed and vinyl roof covering extending all the way to the rear end suggest a Caribou, though I could be mistaken. The headlamps are retrofitted from a 1990-92 [Fleetwood] Brougham and the wheels appear to have come from a 1993-96 Fleetwood. I tried to Google for pictures of similar vehicles and can't find any pictures of another '82 Cadillac pickup. Honestly, there are precious few of these things around, making this one very unique even in the slightly rough condition it's in.
Posted by Jay Wollenweber at 12:00 AM