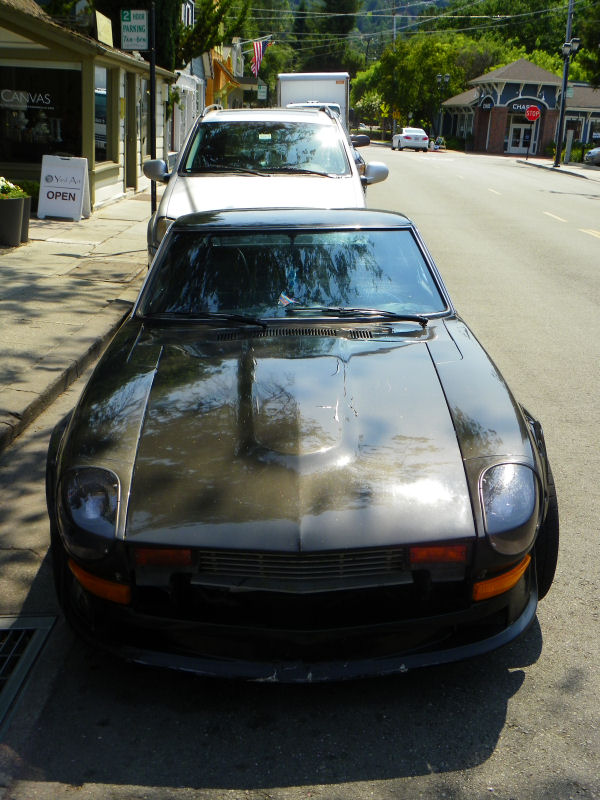 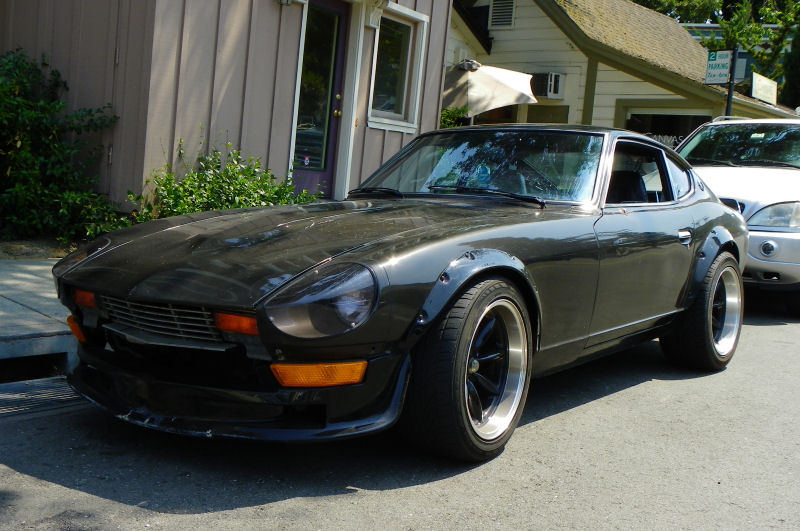 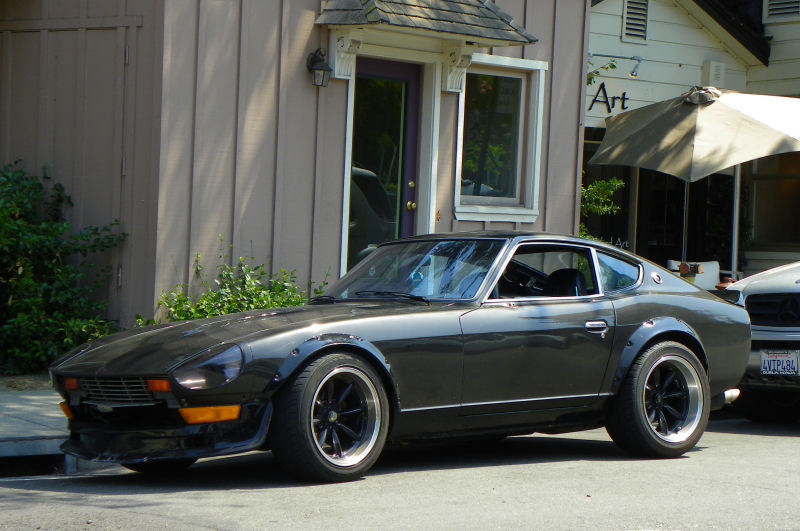 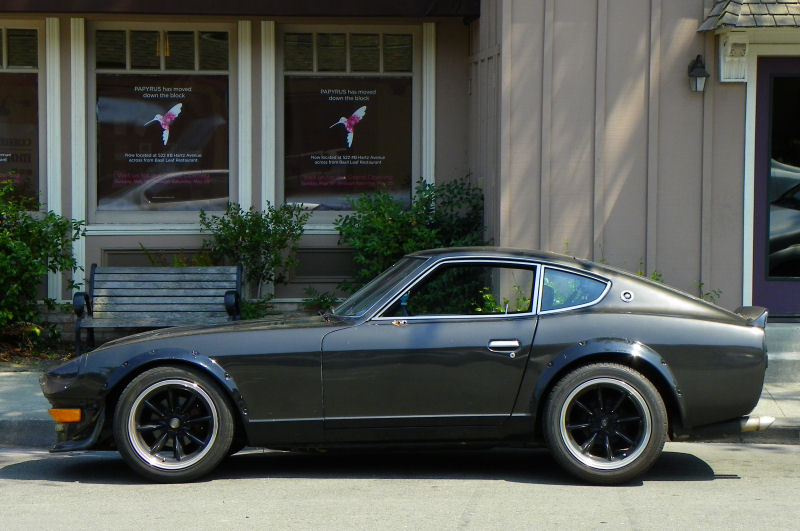 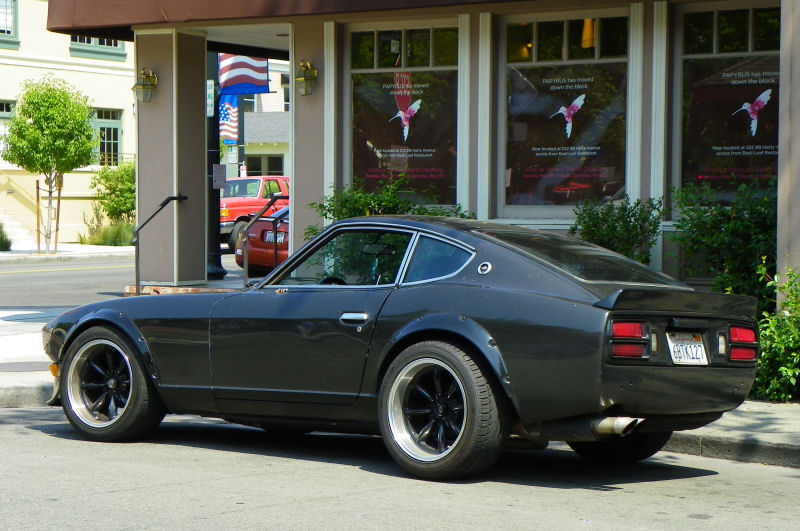 There are a lot of old Z-cars in my area. There are a 240Z and a 280ZX on my block alone. On a typical day I see at least one, frequently more, and they range in condition from tired beaters to cherry restored examples. A couple are modified like this, a pretty popular style with Z tuners. Flared wheel arches, 8-spoke Rota RBs, Konig Rewinds, Panasports or Watanabes with a wide lip, shaved bumpers, various aerodynamic add-ons and a fat tailpipe are the typical recipe, not to mention a fortified L-series straight-six that may or may not be turbocharged. Fit and finish may vary depending on the owner's budget and whether it's a driver, racer or show car. 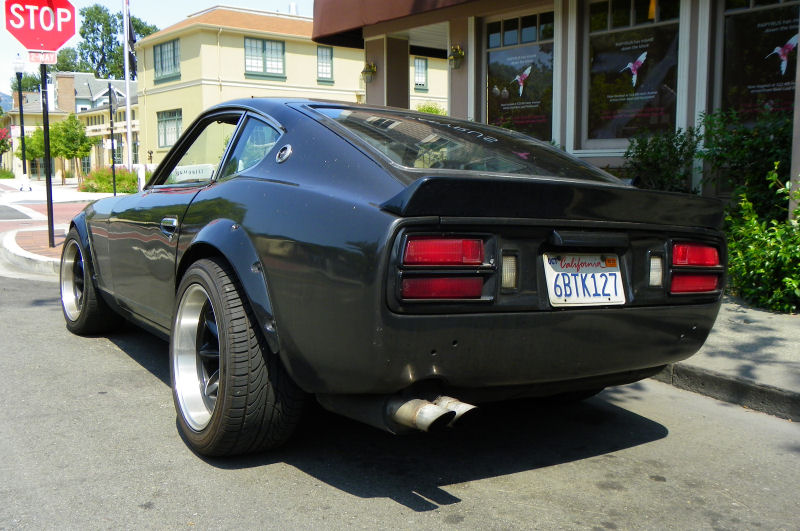 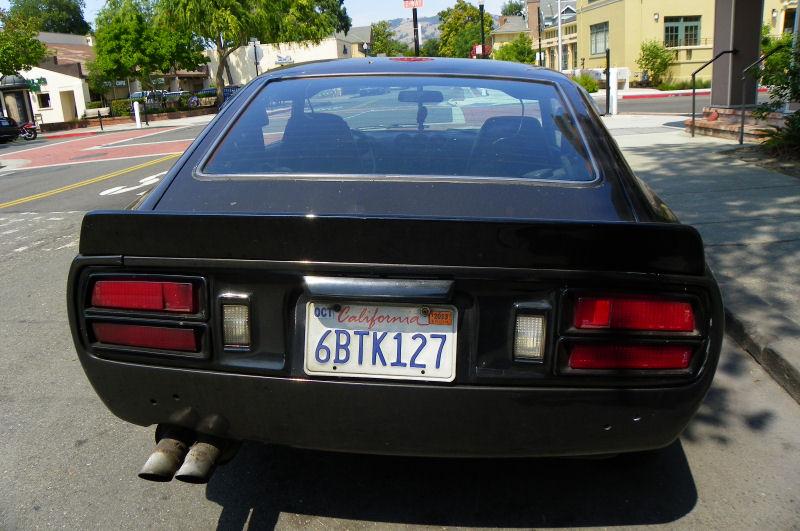 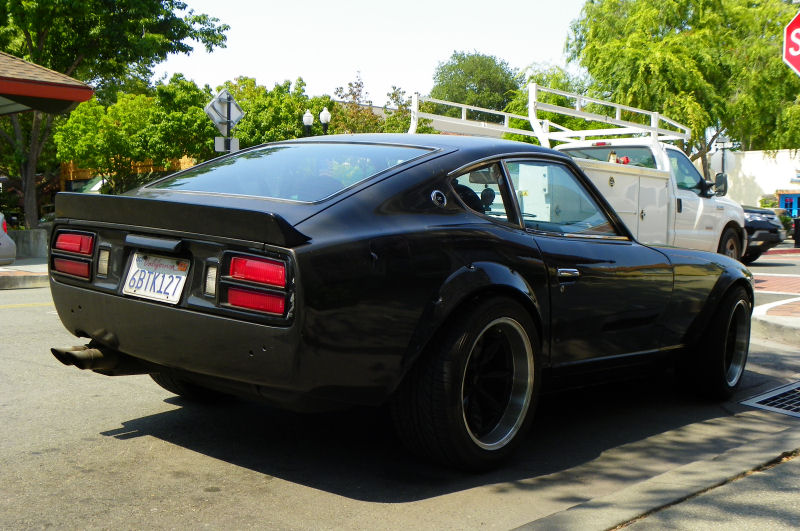 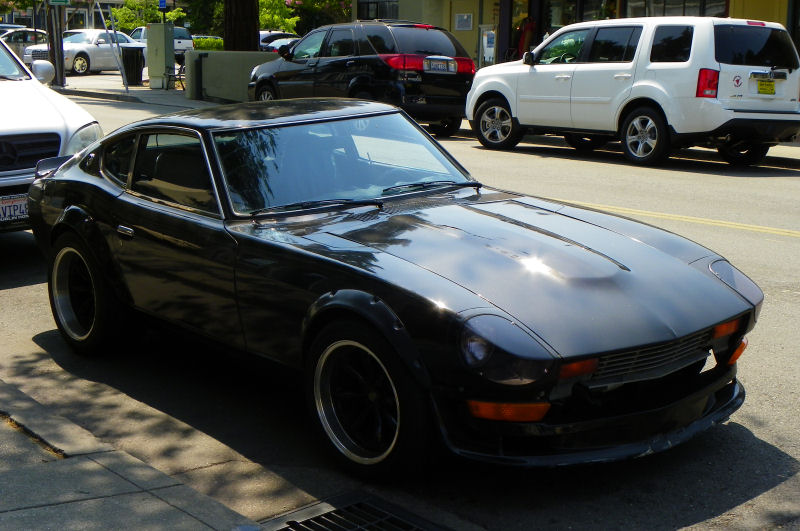 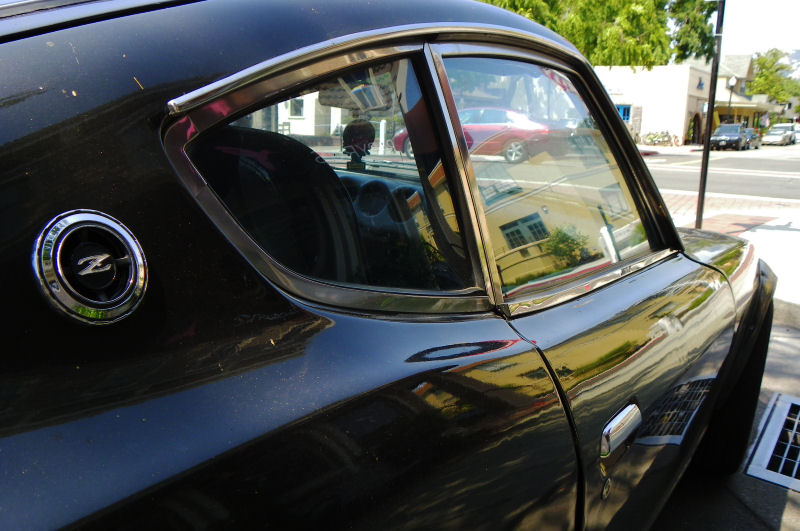 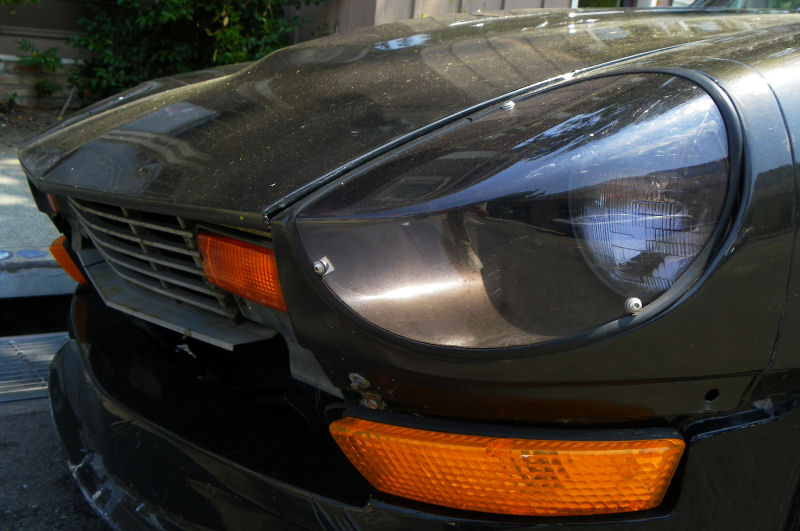 This Z had me believing it was a 1972 240Z at first, because it has the round Z medallion badging on the C-pillar that came out in 1971.5, and lacks the two vents beneath the rear window that were installed on the earliest cars. However, the taillight panel has two vertical backup lights separate from the brake lamps. These were first seen on the 1974-only 260Z and carried over to the 1975 280Z. This car is likely a first-year 280Z, because it has grille indicators and the license plate is an issue probably from 2007 (6B prefix, same as my 2007 Ford Focus). A 1976 or newer 280Z would be subject to California emissions testing and this one has no tests listed in state records -- which are publicly accessible here. Stop thinking I'm creepy. The Bureau of Automotive Repair is a big help in identifying 1970s and newer cars.
Posted by Jay Wollenweber at 12:00 AM