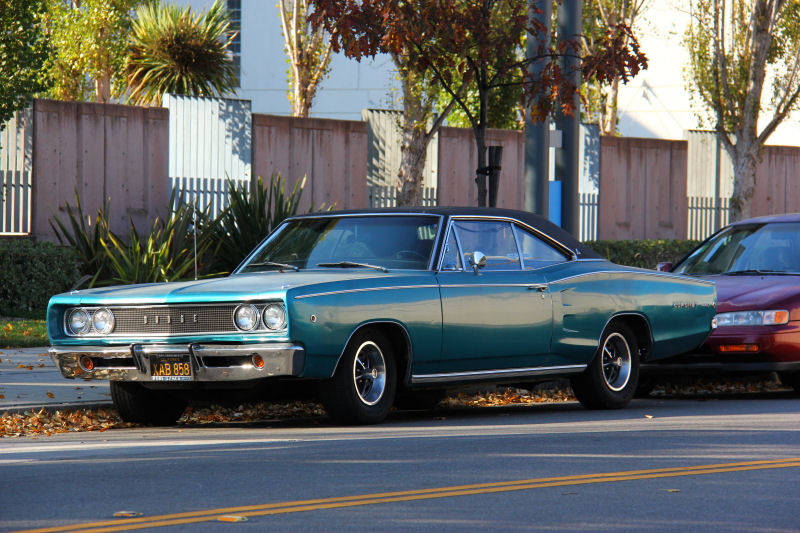 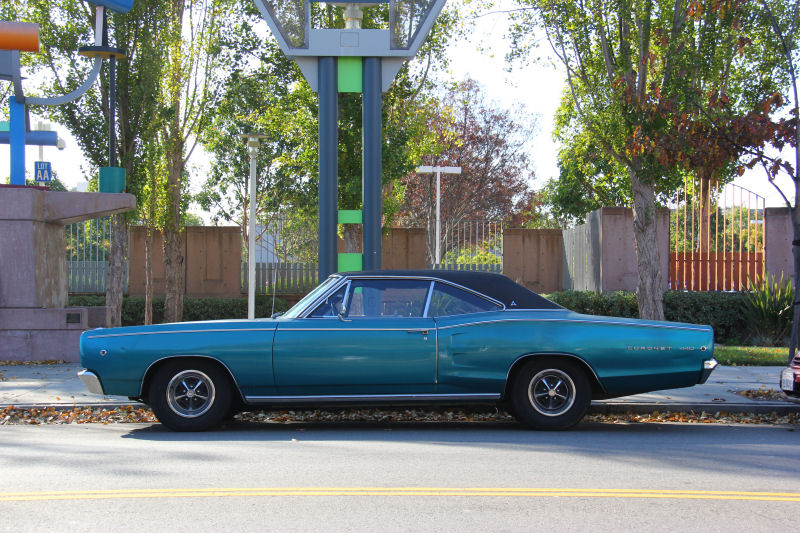 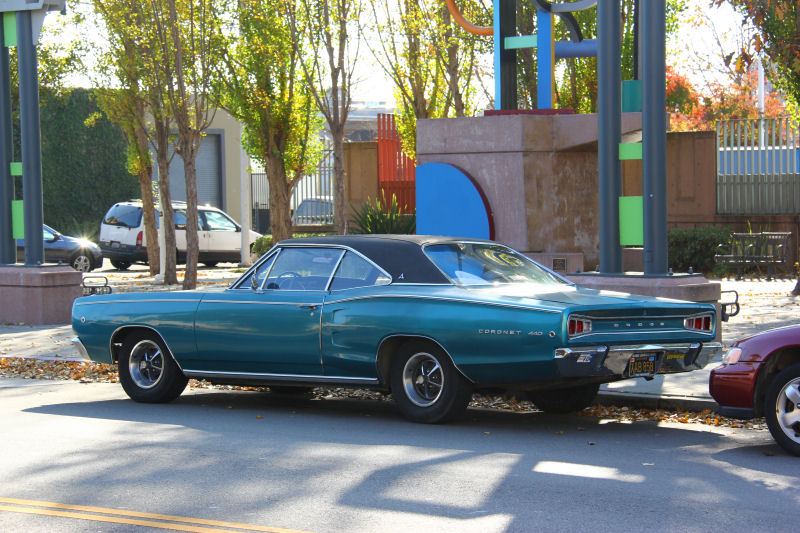 In 1968, a Coronet coupe with a V8 was effectively a cut-rate alternative to the Charger made famous as the bad-guy car in Bullitt. A Coronet R/T model was available for buyers who wanted the same big-block or Hemi power as the Charger, and the top-performing Super Bee was Dodge's alternative to the Plymouth Road Runner. As noted in the previous sedan post, the '68 Coronet 440 was not available with the 440 V8. 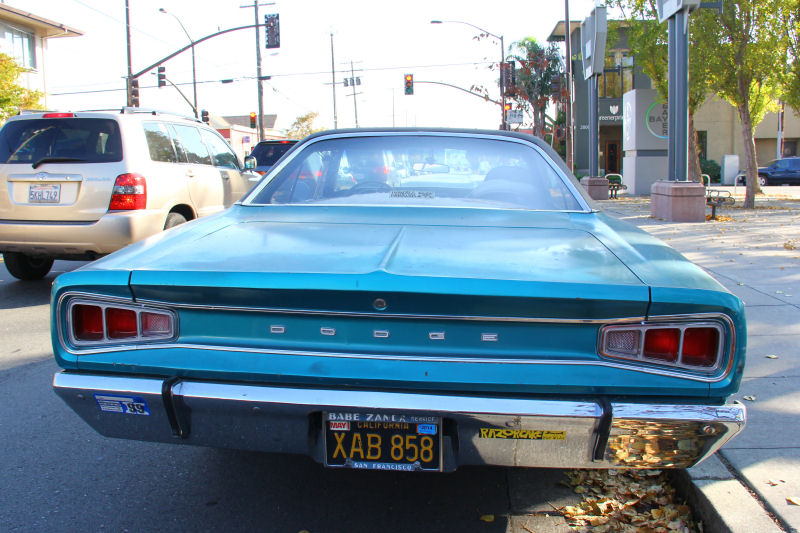 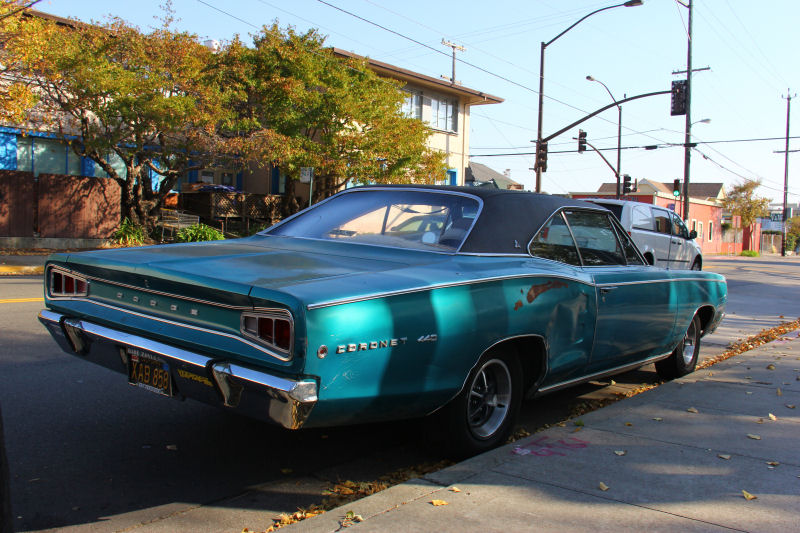 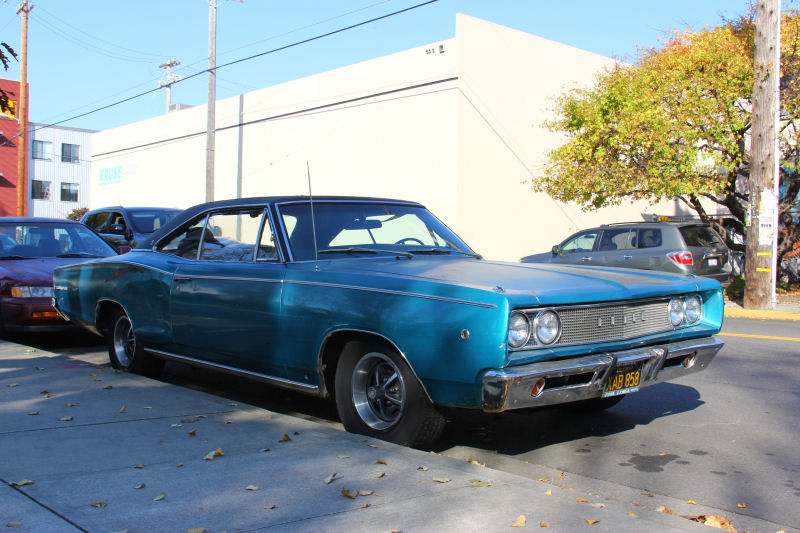 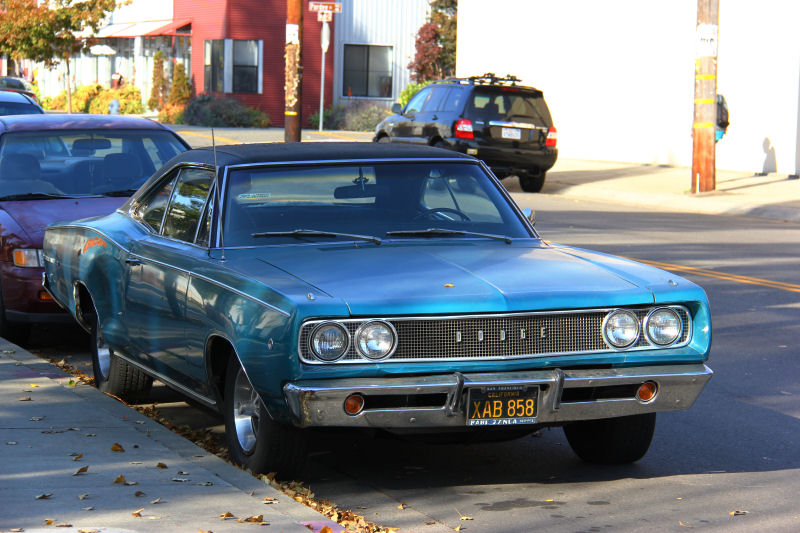 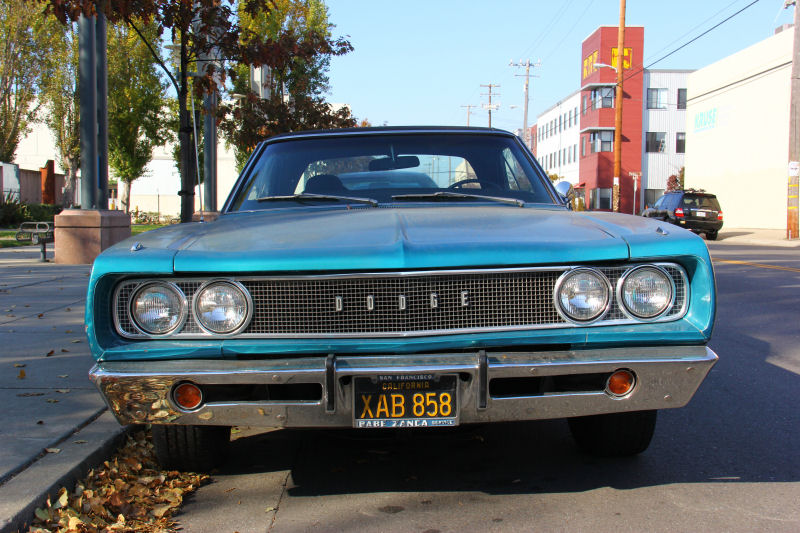 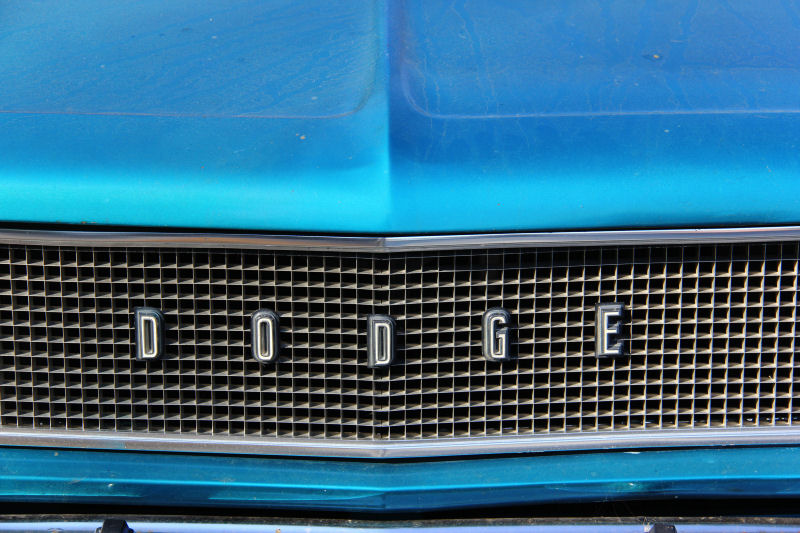 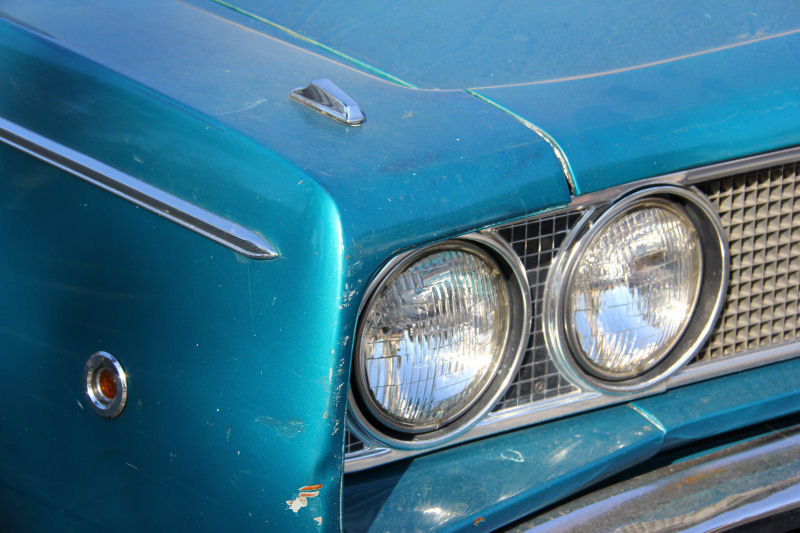 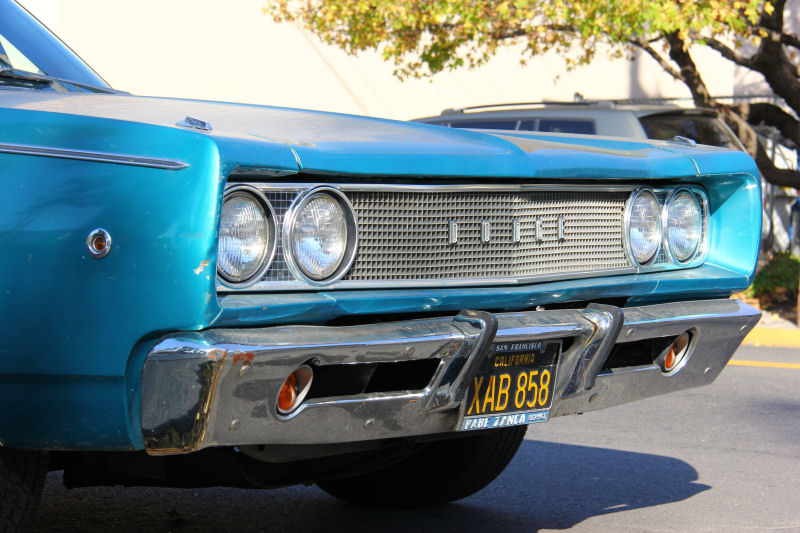 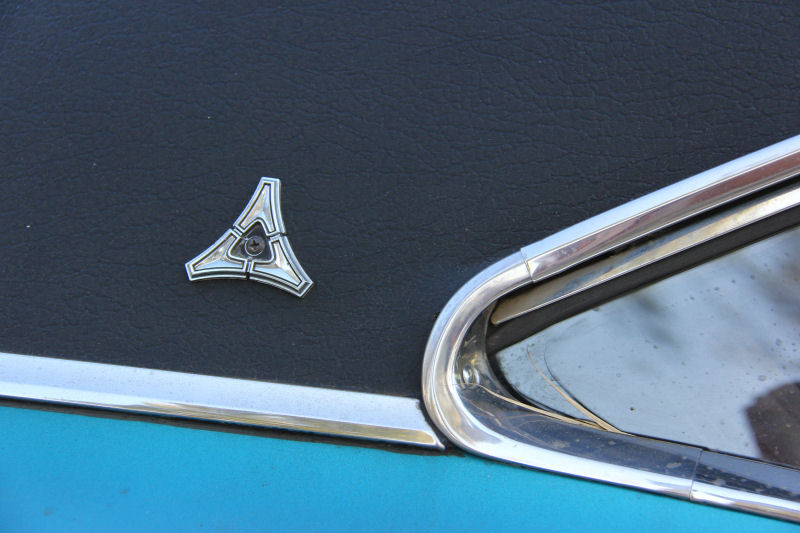 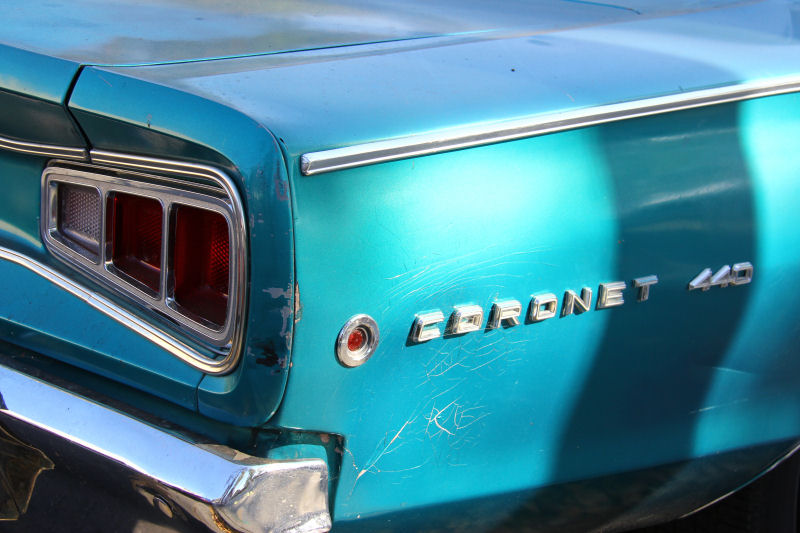 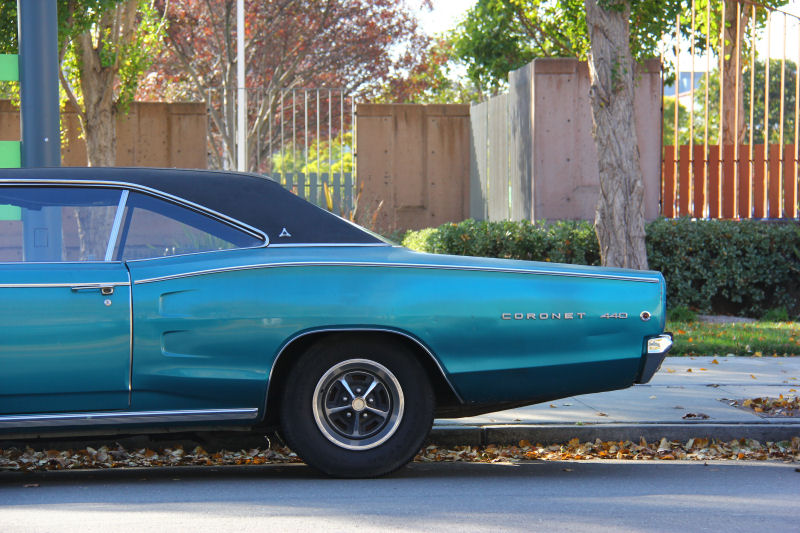 I really like the color combination on this example, Medium Dark Turquoise Metallic with black vinyl roof and Magnum 500 wheels. The paint could well be original, but sadly the body's been hit in several places. The worst is on the right side where the reverse scallops behind the passenger door have been crinkled and the paint has flaked off in sheets. It's too bad. I quite like how this car looks and it would be a fine budget muscle cruiser if cleaned up and straightened out some.
Posted by Jay Wollenweber at 12:00 AM