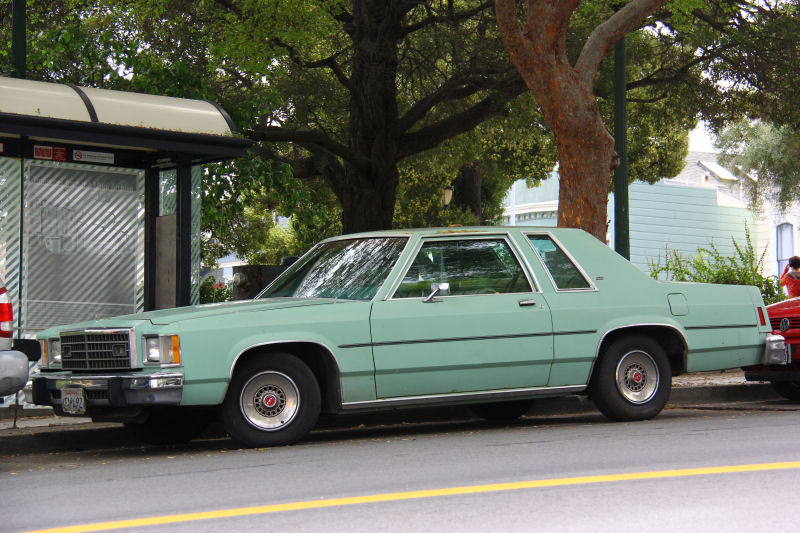 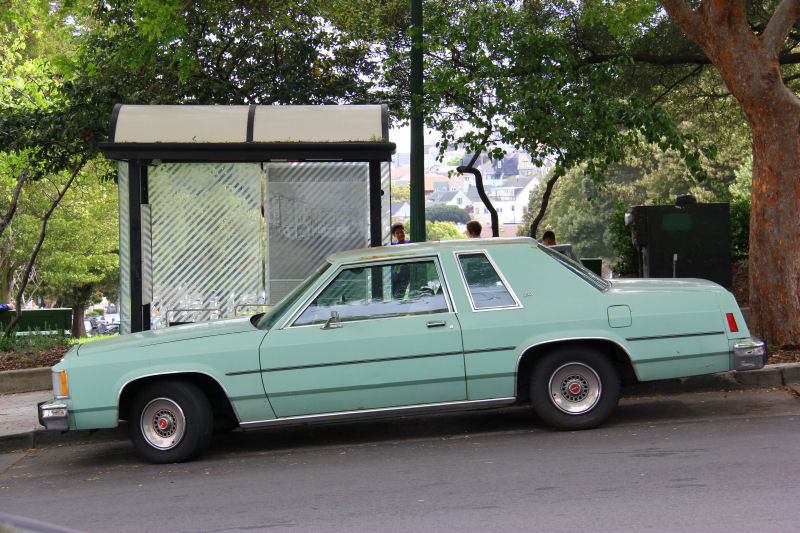 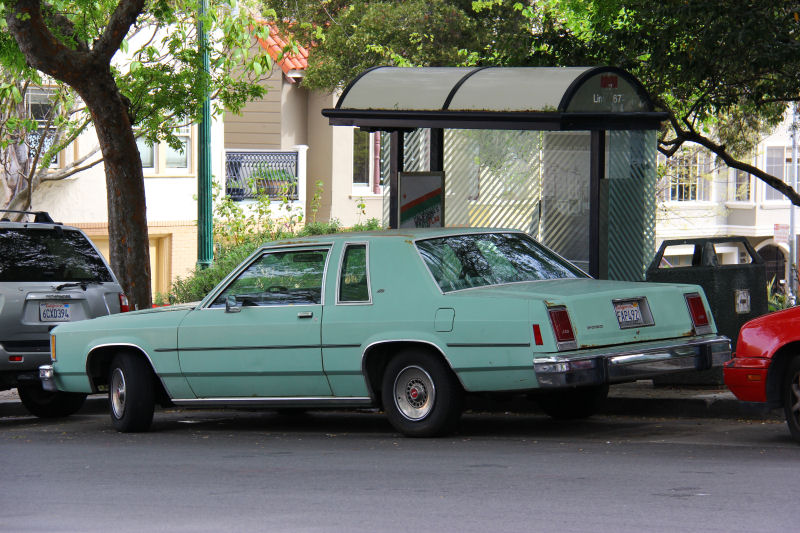 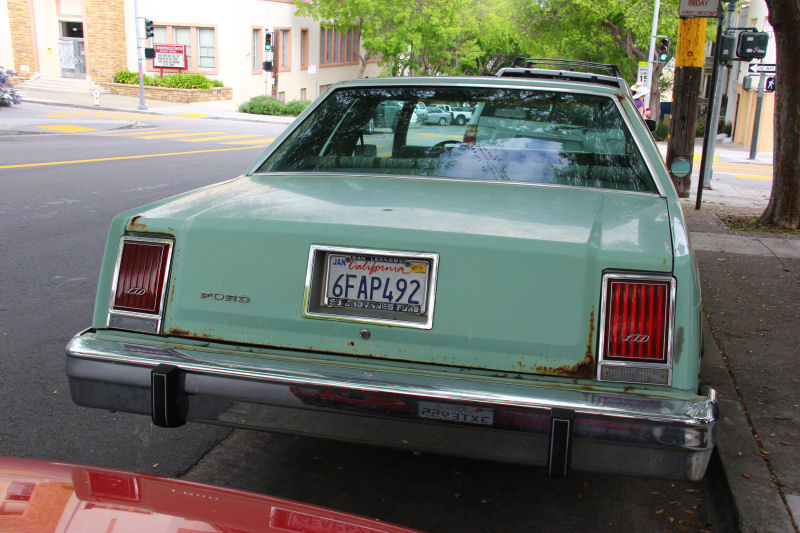 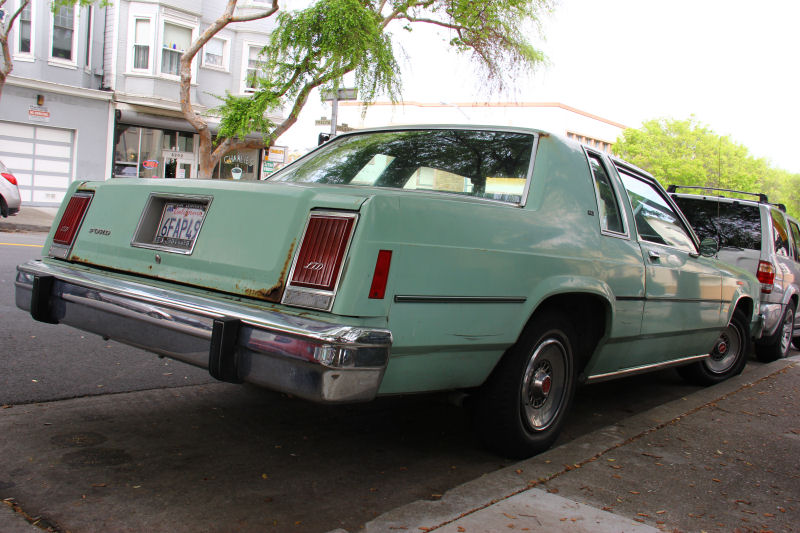 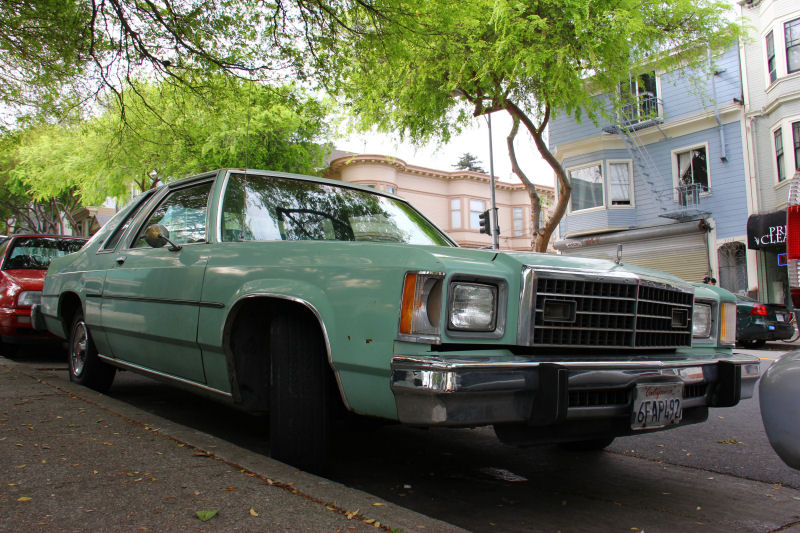 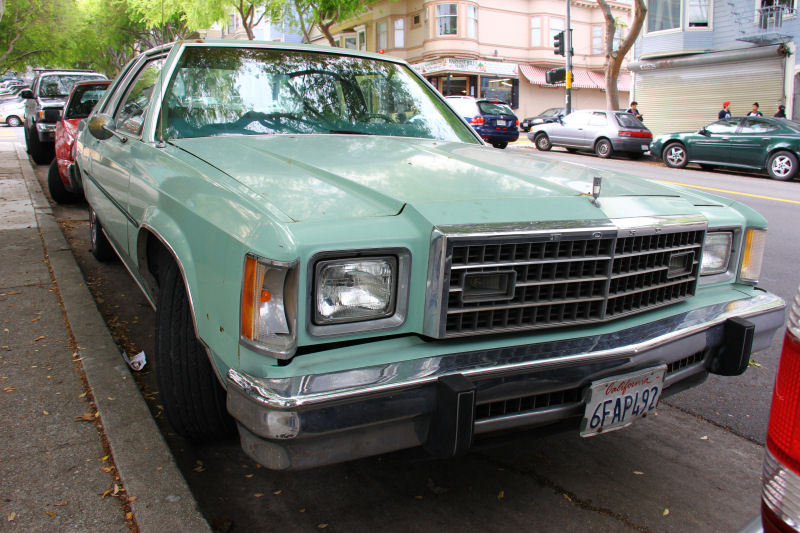 I was sure that this was a rare LTD-S when I found it. Heck, I think it was the first two-eyed Panther I've ever seen in person. Alas, it's just a base '79 LTD, but as a coupe -- excuse me, two-door sedan -- it's the rarest variant of the LTD made in the first year of the long-running body style. Rarity is relative though, where LTDs are concerned. Had this been a 1980 LTD-S 2-door, it would have been one of 553 made. The only production figure I can find for the '79 LTD 2-door is for the Landau version, which sold 42,314 copies. Padded vinyl tops were kind of a big deal back then. 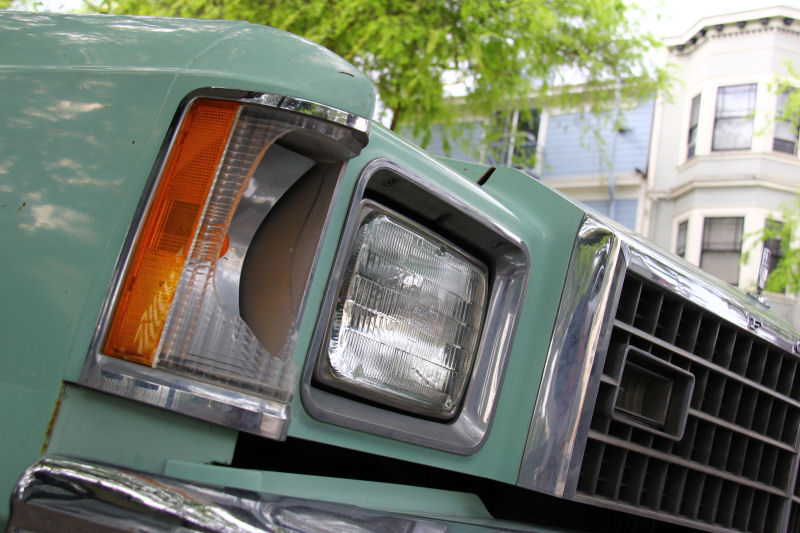 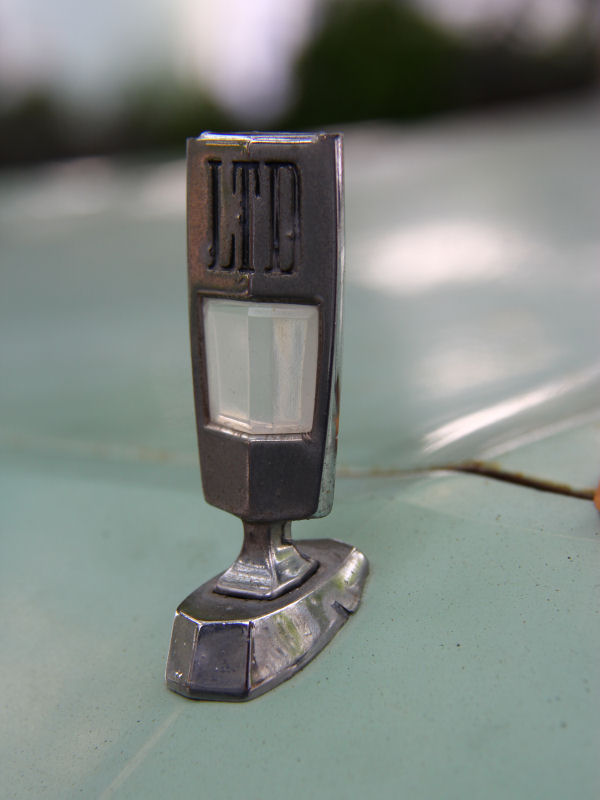 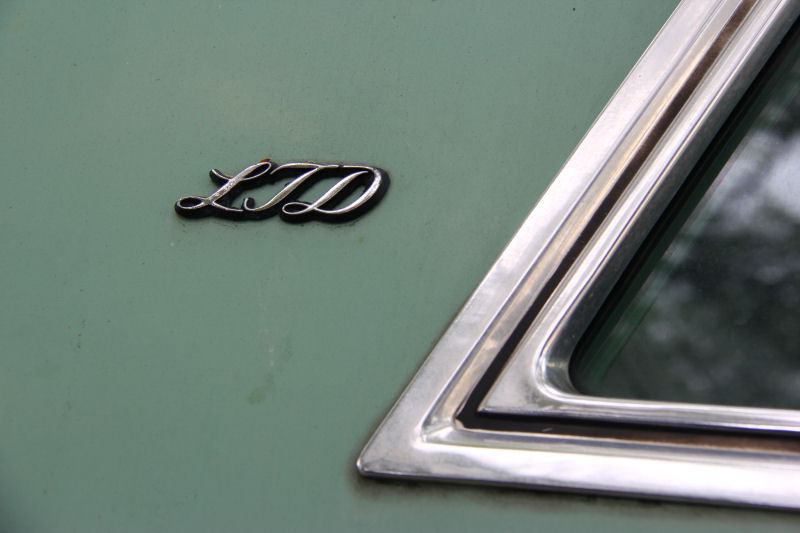 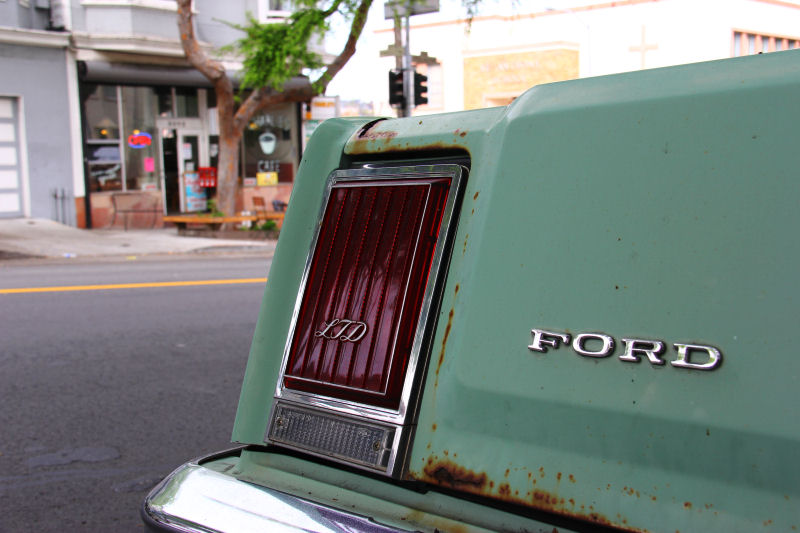 This big Ford wears a most likely original coat of Light Medium Pine that, while not mint, looks minty. The toothpaste color unfortunately has not been enough to prevent cavities, a significant amount of surface rust that's eaten through the trunk lid and one spot at the top-right corner of the rear window. The trunk can be replaced easily enough, but that hole in the roof is a bigger problem. Assuming that's addressed, the car can probably be saved. I've always liked this generation of LTDs and the early base cars are pretty unique today.
Posted by Jay Wollenweber at 12:00 AM