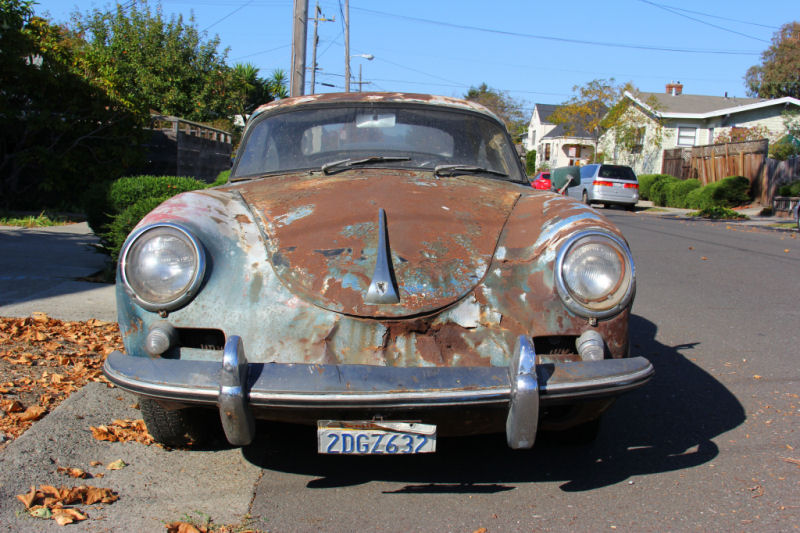 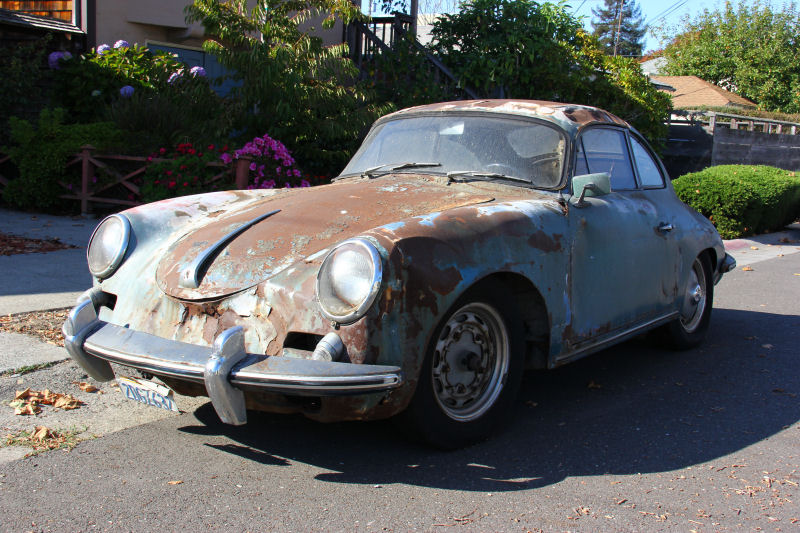 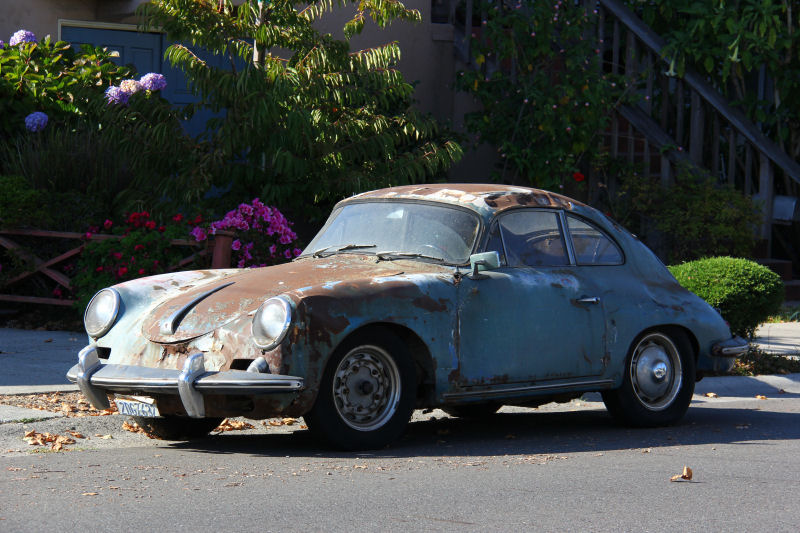 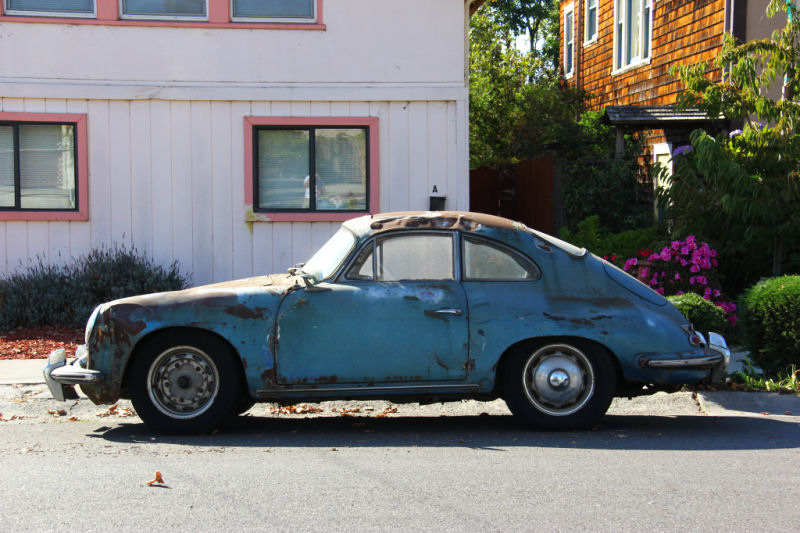 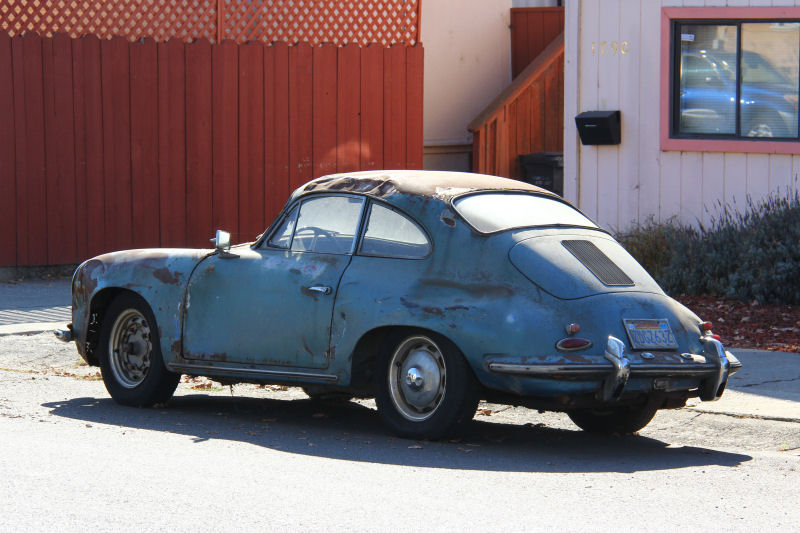 Near as I can tell, this is a 356B Sunroof Coupe built between 1960 and 1962 with body by Reutter Coachworks of Stuttgart. Reutter began as a limousine body builder in the 1920s and after 1949 was a contractor for Porsche car bodies before Porsche acquired the company outright. The name was later changed to RECARO, which should be familiar to driving enthusiasts who appreciate a good bucket seat. 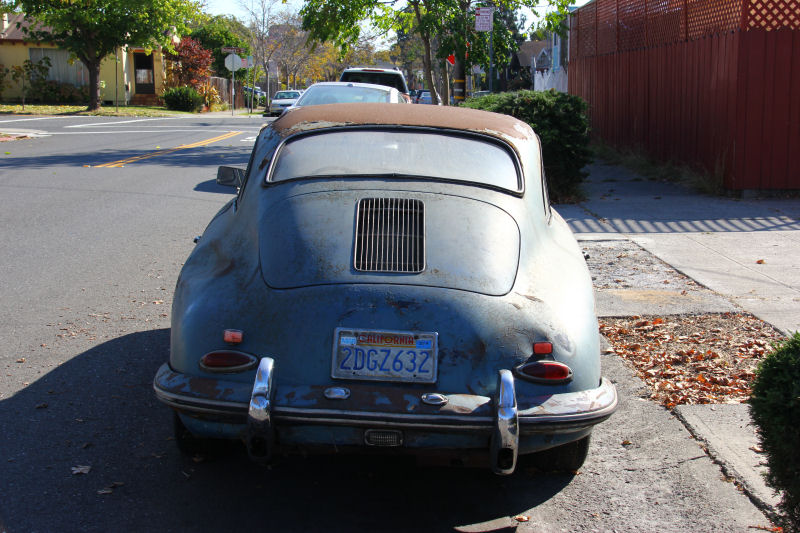 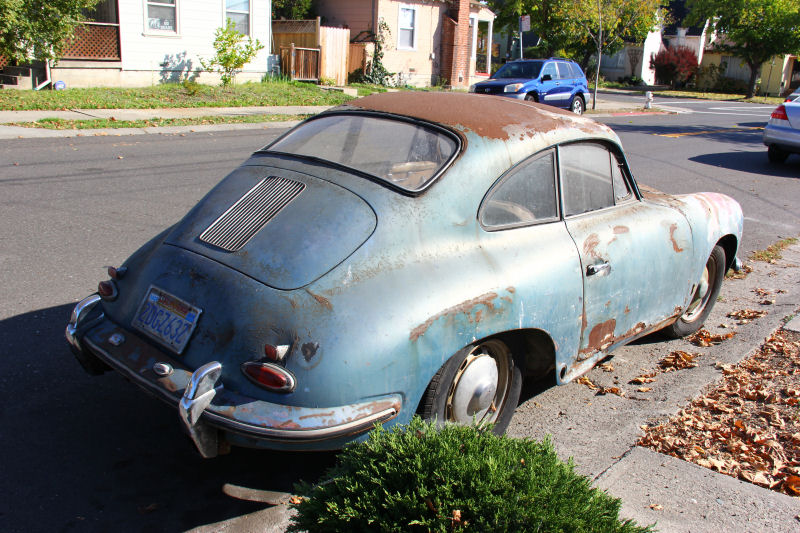 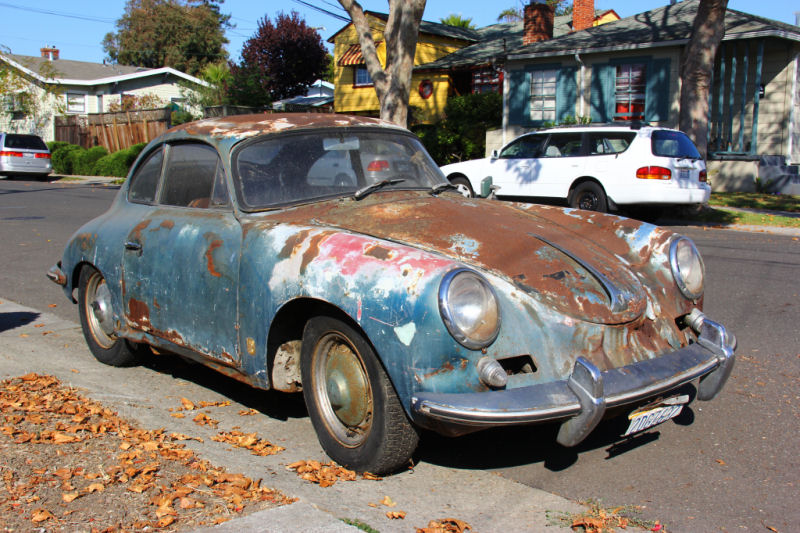 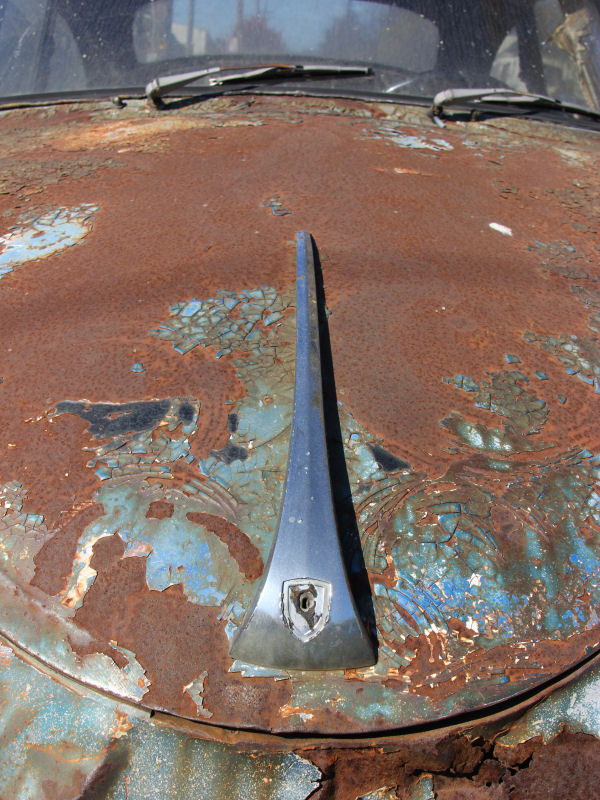 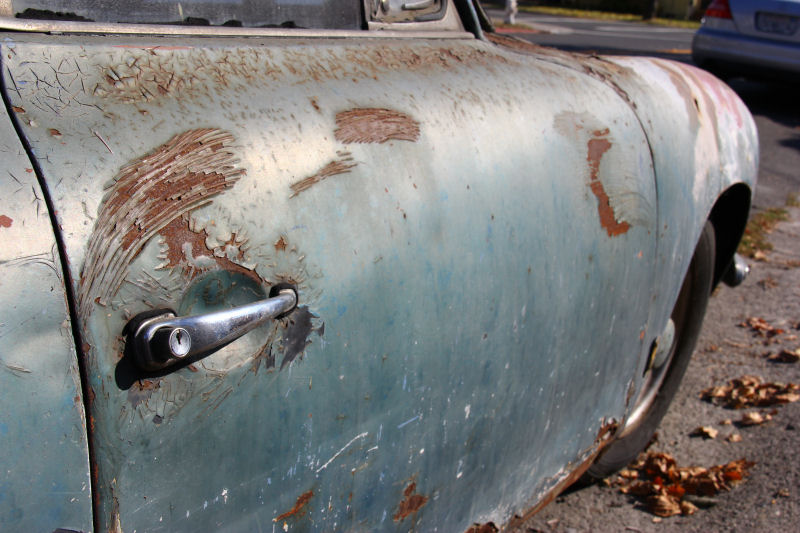 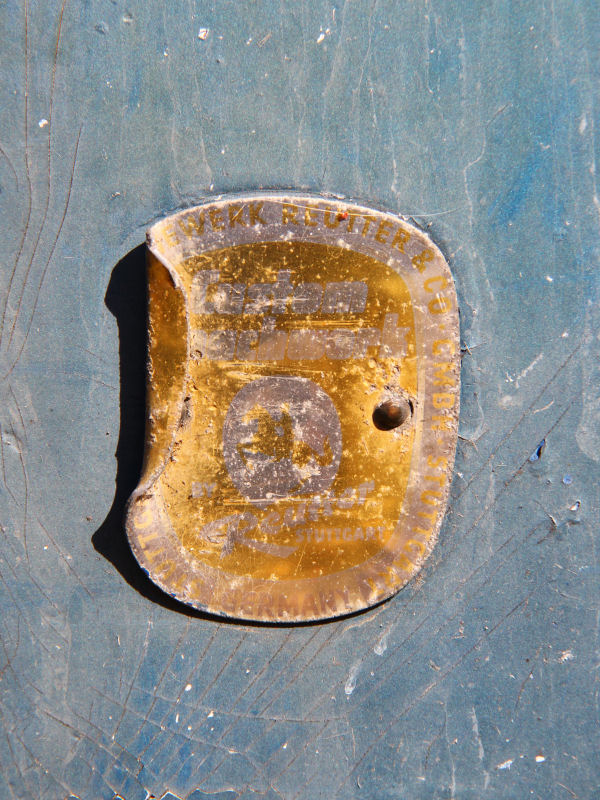 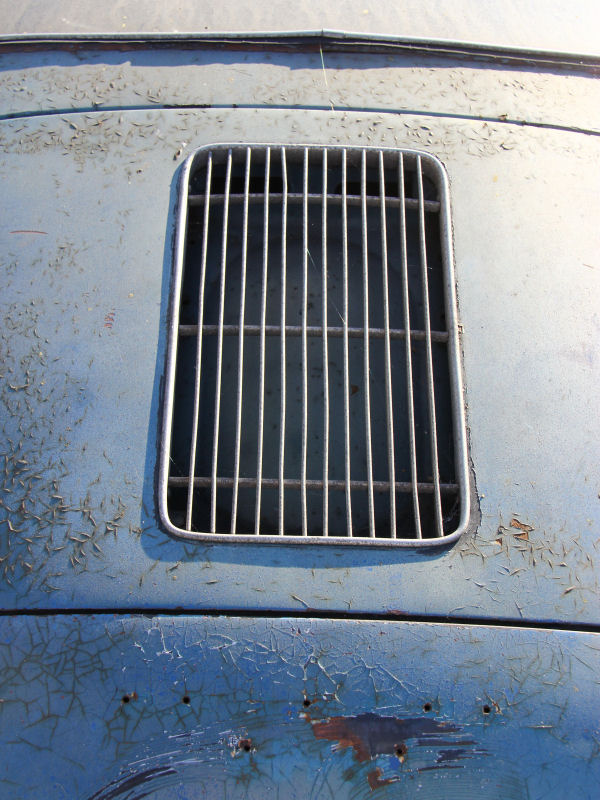 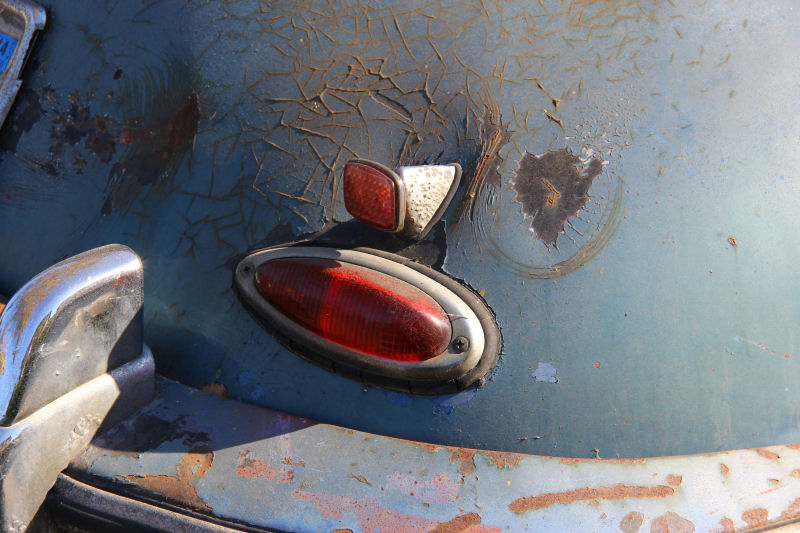 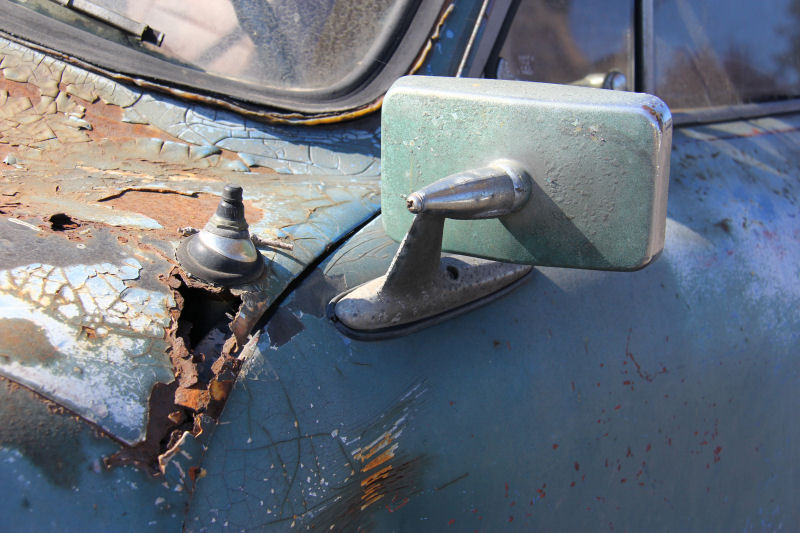 Sunroof 356s are quite rare, which would explain why this one is still on the road despite all its damage. One might think that with all its rust holes, one more hole in the roof wouldn't be so special. From what I've read, only about 5% of all 356s were built with factory sunroofs. I regret that my photos don't clearly show that feature, but if you look closely it's there. Judging by the damage, I would venture that this car has been on its left side at least once. The side mirror is off of a totally different vehicle. And it's blue! Almost every single 356 I see is red, and if it isn't red it's usually a fiberglass replica on a VW chassis. So an unrestored, beater 356 is really something unique.
Posted by Jay Wollenweber at 12:00 AM