For a long time now, I've wanted to write something about the Datsun 240Z. They're still plentiful in California and have a strong following as one of the greatest Japanese sports cars of the 1970s. In recent years these cars have enjoyed a bit of a resurgence with the import tuning crowd. I think the anime series Wangan Midnight has helped do for the 240Z what Initial D did for the Toyota Corolla AE86. 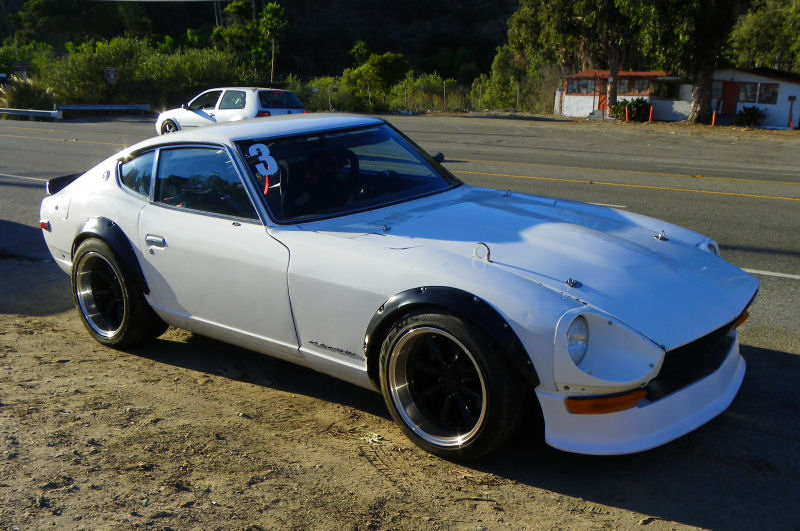 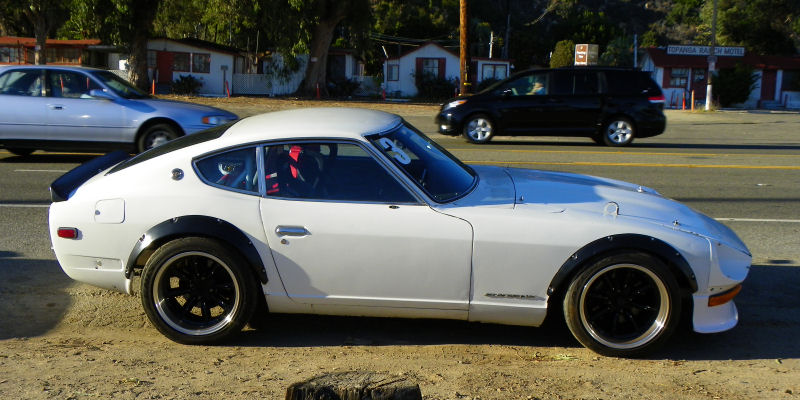 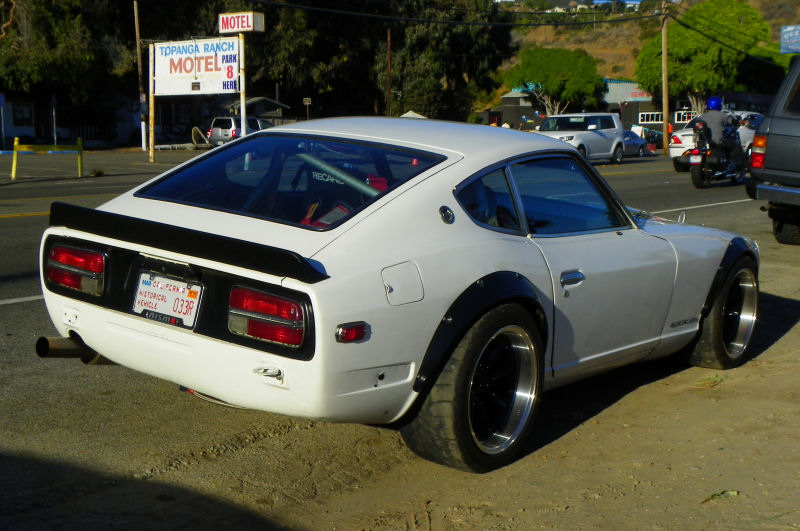 The 240Z began life as the Nissan S30, marketed as the Fairlady Z in its home market. It came to the U.S. in 1970 and was a big hit with buyers looking for an affordable 2-seat sports car. The 240 was sold here until 1973, and in 1974 was replaced by the 260Z which came with a larger 2.6 liter inline six and larger federal bumpers, and also offered a 2+2 version with a completely butchered roofline to allow for a small rear seat. In 1975 the 280Z came out, and in 1979 the first-generation Z was retired in favor of an all new car dubbed 280ZX. 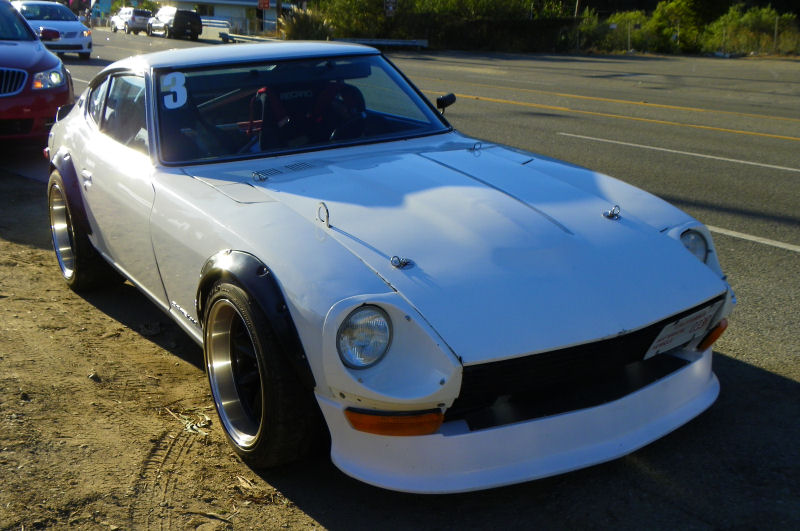 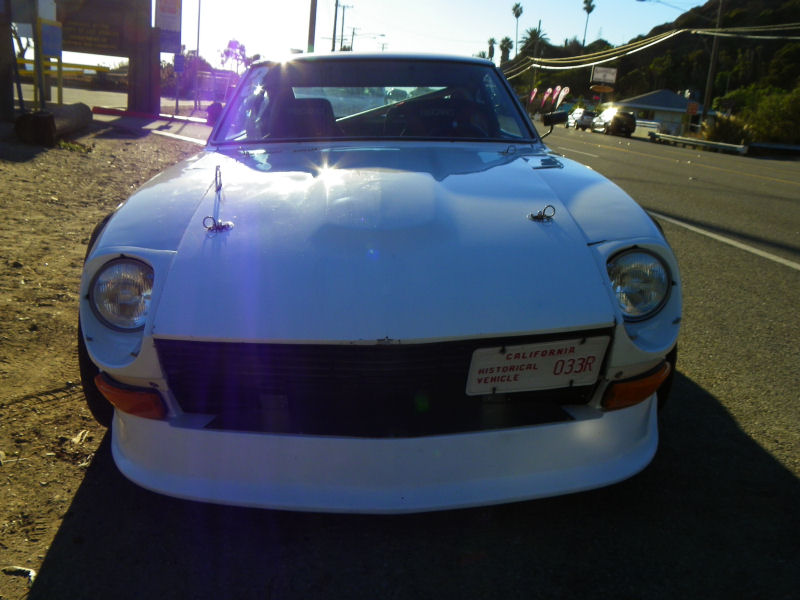 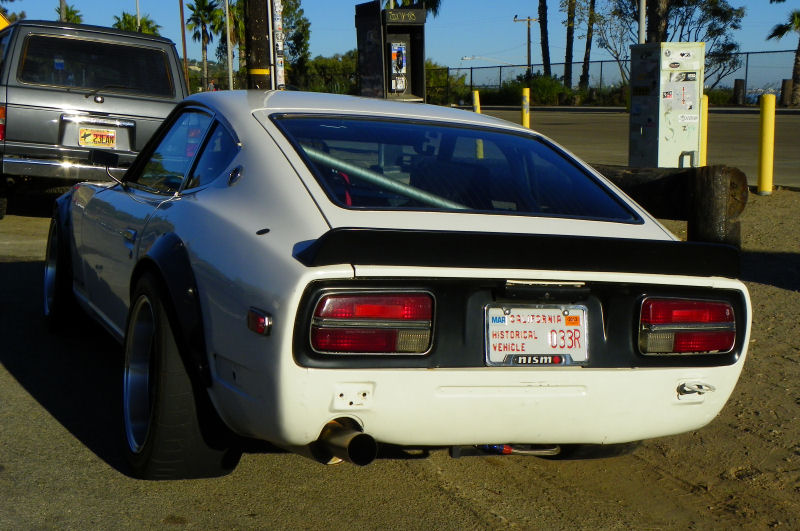 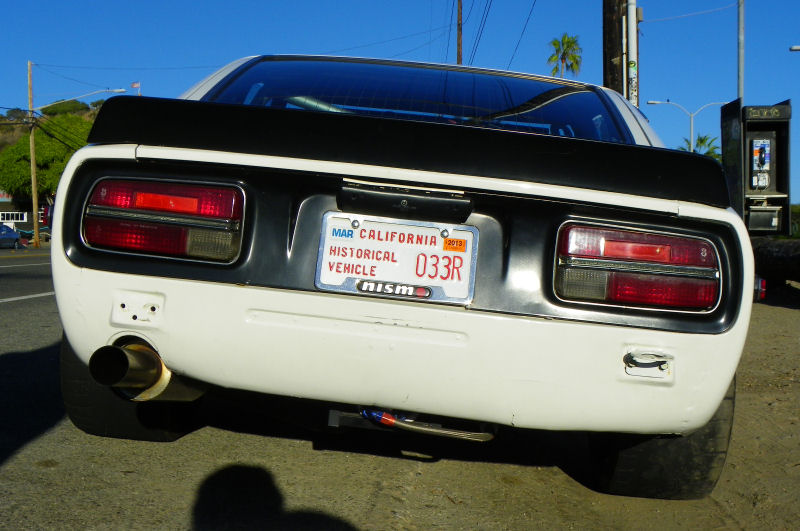 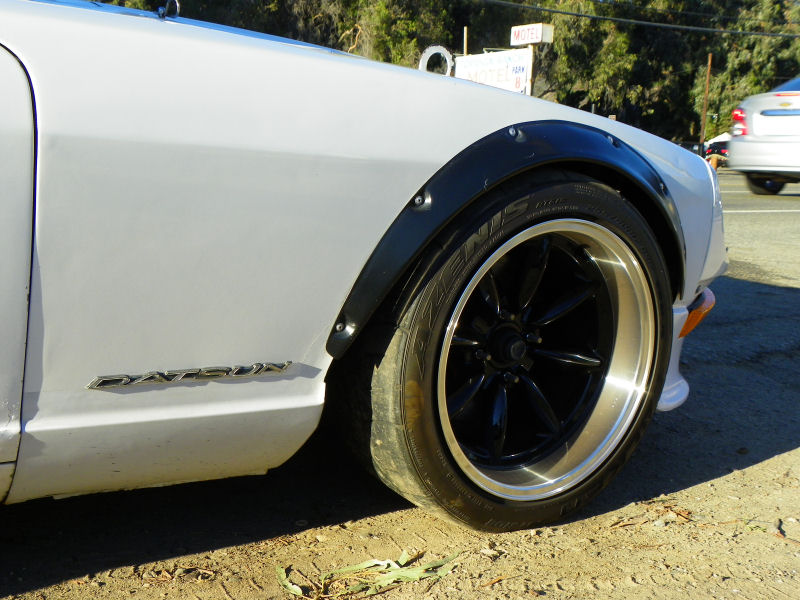 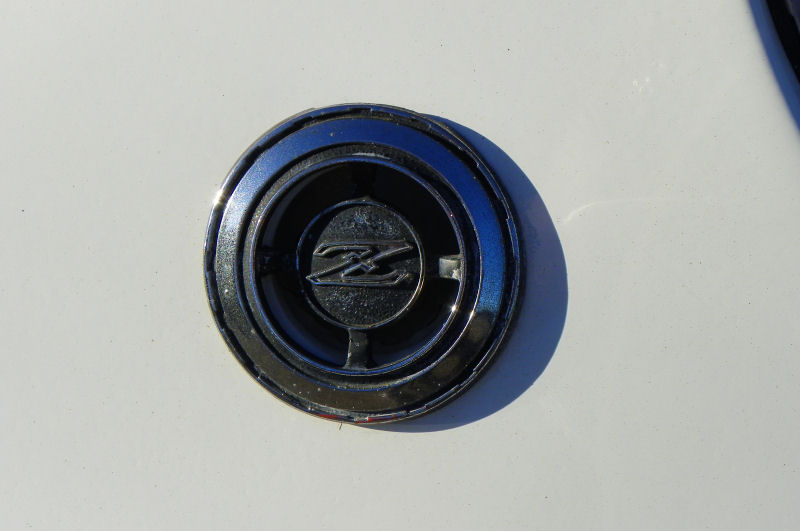 This Z looks to be an early Series II 240Z, likely built in 1972. It has been customized quite a lot, with deep-dish Watanabe/Konig Rewind/Rota RB wheels and bolt-on fender flares. This seems to be a popular look for these cars. The bumpers and front marker lights are shaved and four hood pins keep everything shut tight. An aggressive front air dam and a black ducktail spoiler keep the car planted. Inside, there's a full roll bar and Recaro racing seats. One small sport mirror on the driver side minimizes drag. I can't even begin to guess what's under the hood, but judging by the wide, sticky rubber, sport exhaust and NISMO license frame, this beast means business. I bet it's a hoot on the track and on the street.
Posted by Jay Wollenweber at 12:00 AM