I told myself I'd never feature a Beetle. Twenty-one million of the things were built and a goodly number of them are still on the roads in various conditions. The Volkswagen Beetle is still common, particularly in the San Francisco Bay Area. And for that reason, the Bug was never that special to me. Some of you in the rustbelt who never see them, or VW enthusiasts, may feel otherwise. My father once owned a '71 Super Beetle and thought it was a wonderfully fun little car. 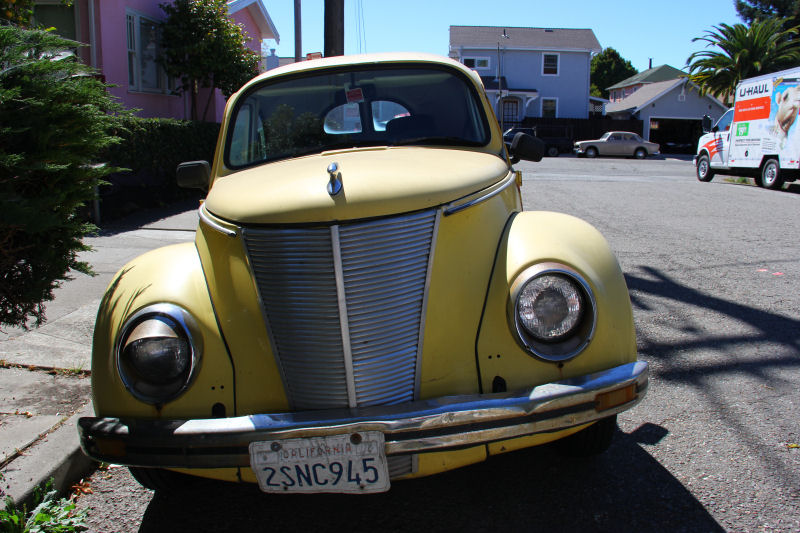 The Beetle is such a simple and versatile platform, it's excellent as a starting point for dune buggies like the Meyers Manx and kit cars ranging from fiberglass Porsche 356 replicas to the Bradley GT. There is a tuner culture that gave rise to the Cal Look, Volksrod and Baja Bug. And then there's this, a faux-1937 Ford coupe called the Wunderbug. 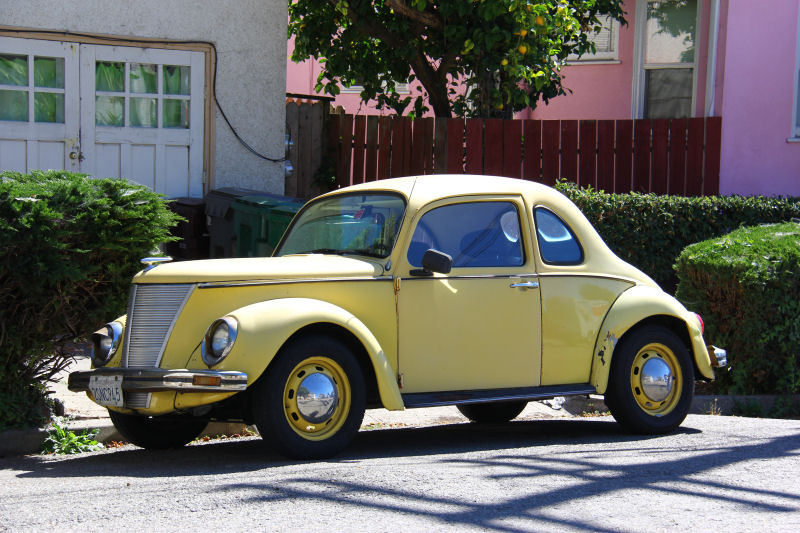 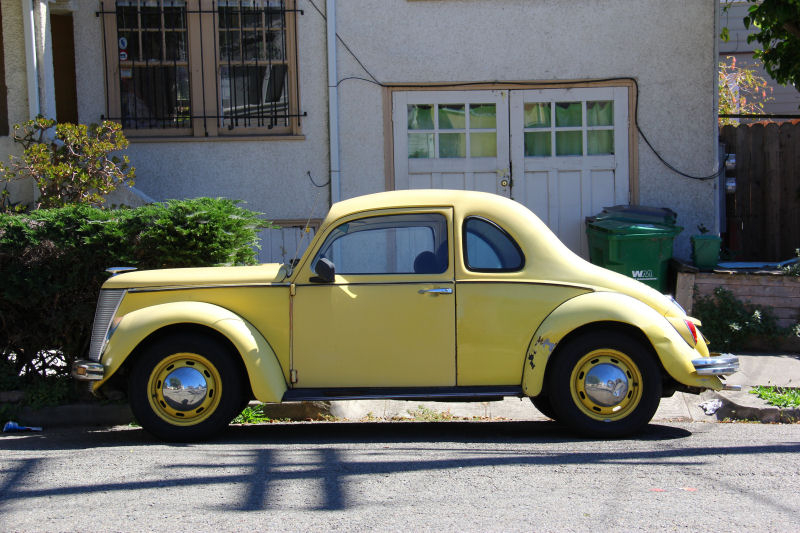 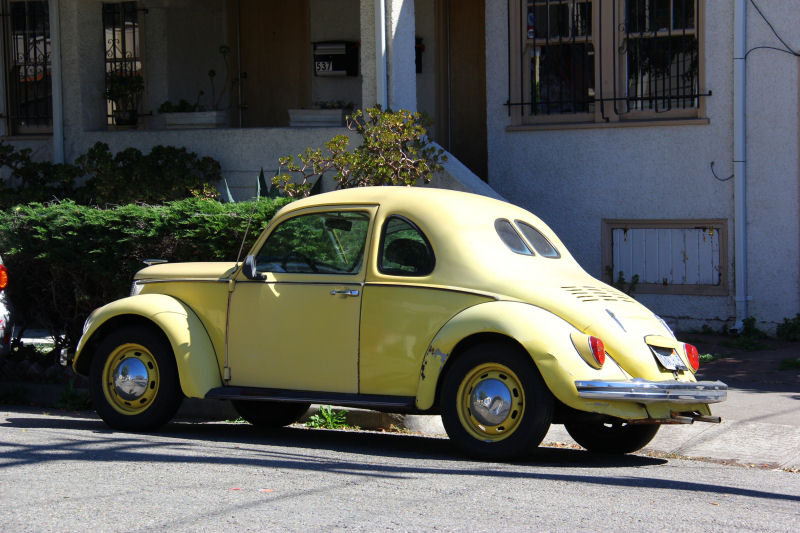 The Wunderbug is an unusual custom package cooked up by a company called BGW Spectre, Ltd. out of Phelps, Wisconsin. BGW Spectre offers fiberglass parts to "convert" your Beetle into a 1932 Ford, 1936 Ford, 1937 Ford, 1940 Ford, 1940 Willys, "1938 Auburn Packard", or a silly "Continental" package that consists of a fake Rolls-Royce nose. The 1937 Ford front is perhaps the most believable of the bunch, as the others don't look very close at all to what they copy. The company also makes pickup beds, tow truck conversions, wagon and coupe conversions. This car has the 5-Window Split Club Coupe package. I could swear that an earlier version of this exact vehicle appears on the BGW website. There is a white Wunderbug 5-Window with a blurred license plate that looks like it could be the same registration number. Take a close look at some of the pictures of this car and you can see a hint of a lighter color where the yellow is peeling off. The side mirror is also a match. 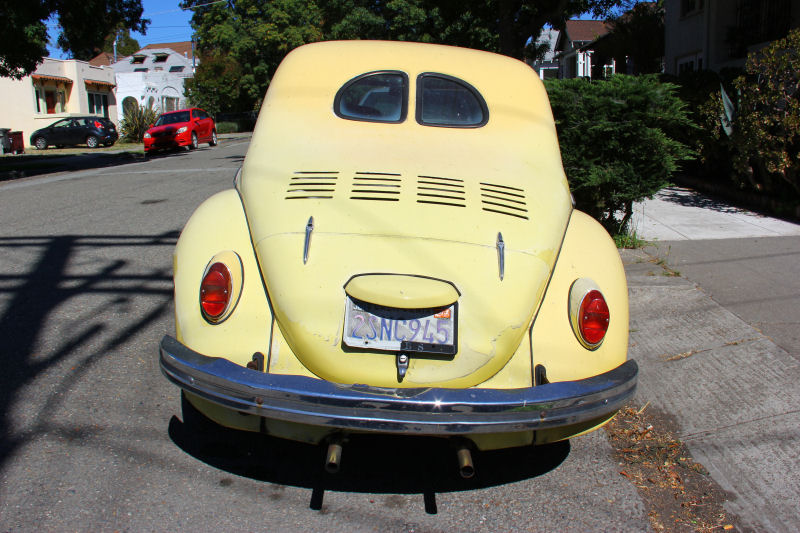 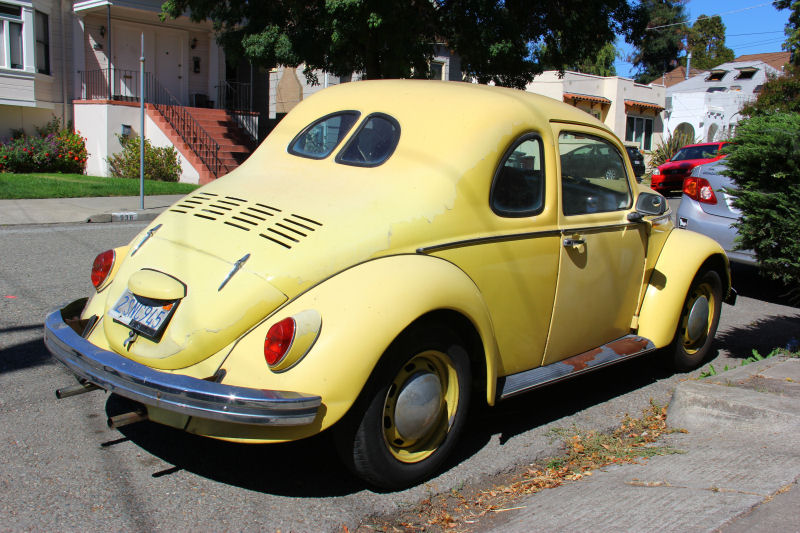 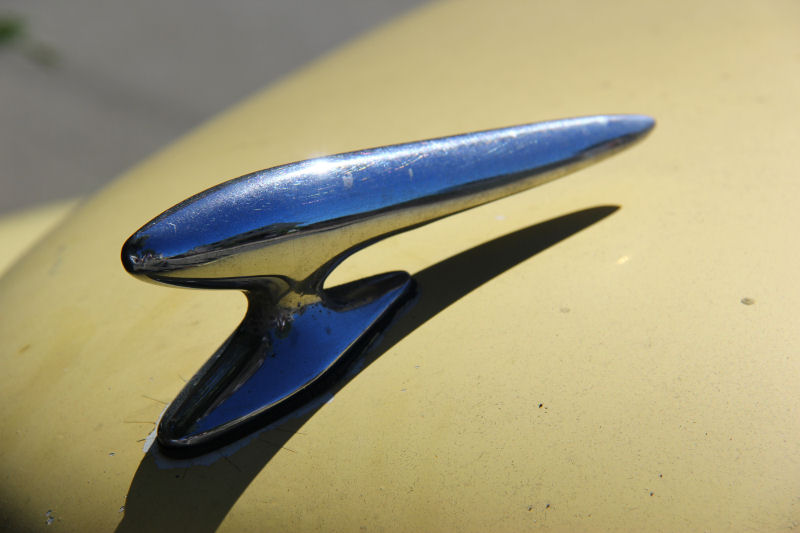 The body on this car has suffered over the years, but if the owner wishes to restore it I'm sure anything can be replaced. BGW is still selling kits and parts. It looks like most of what's wrong with this Bug is OEM Volkswagen components that have become damaged. According to BGW's site, they have performed or supplied some 1,500 Volkswagen conversions and 9,700 front hoods since 1977. A set of '37 Ford style front fenders, capable of accepting actual '37 Ford teardrop headlights, were available but not fitted to this car. It appears to have "Rossi" style headlight surrounds, which include a small lens beneath the headlamp to serve as a parking light or turn signal. These are intended mainly for pre-'66 Beetles but here they are on a '70 that already has blinkers in the front bumper. This car also has a one-piece window conversion that did away with the small swing-out vent windows.
I must say, this is a unique look for a Bug. It will always look a bit wrong trying to be something it isn't, but to me it's the most appealing kit combination BGW Spectre offers this side of the 2-door woodie wagon.
Posted by Jay Wollenweber at 12:00 AM