This post marks my 404th Street Sighting feature on California Streets, so to commemorate that otherwise ordinary number, today we're looking at a Peugeot 404. 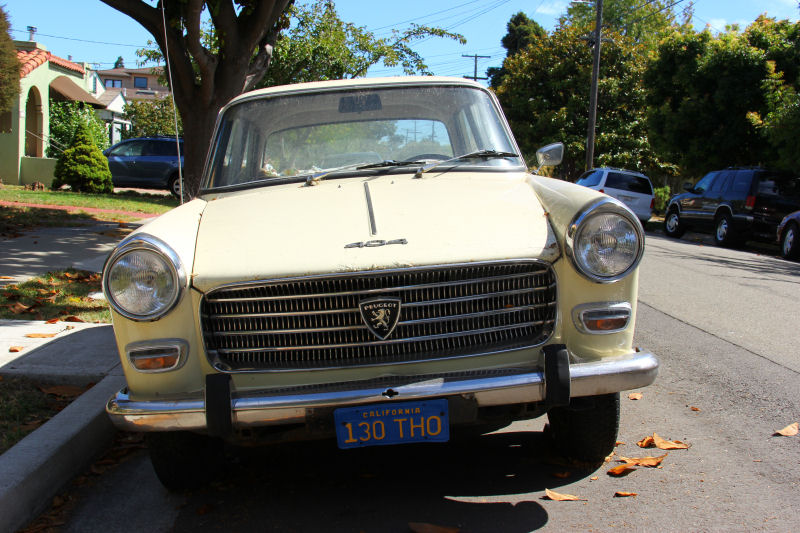 The Peugeot 404 is really a fascinating car. It was produced from 1960 until 1975 and was one of Europe's great large family cars. When production ended in France, it kept going in Argentina until 1980, and in Kenya until 1991. It was primarily sold as a sedan or station wagon, though a coupe and convertible were available. In the latter markets of South America and Africa, a pickup variant was very popular. In total, nearly three million were produced over 31 years. In the United States, the 404's appeal was, shall we say, a bit limited. It was a car marketed for its reliability and build quality, not for styling, luxury or performance. A French car from this era strikes me as being the exclusive ride of university professors. Most American car buyers wanted something as fast, luxurious and cool as their budget allowed. A Peugeot generally was not it. 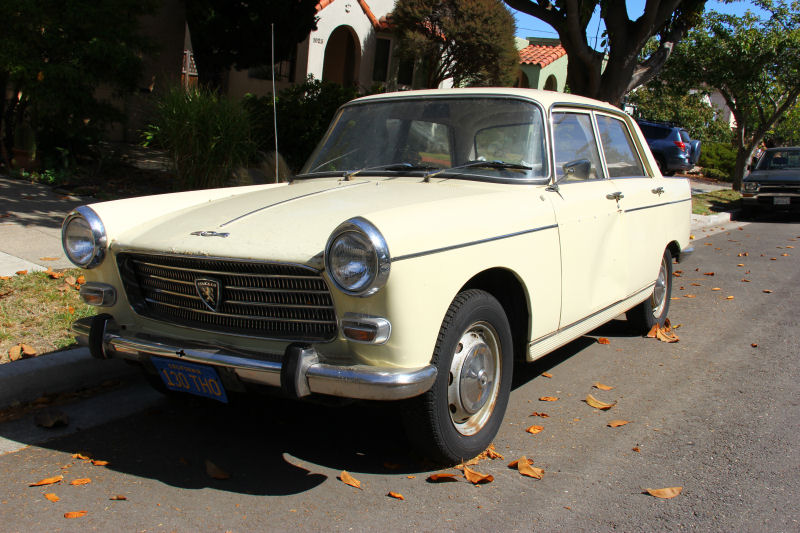 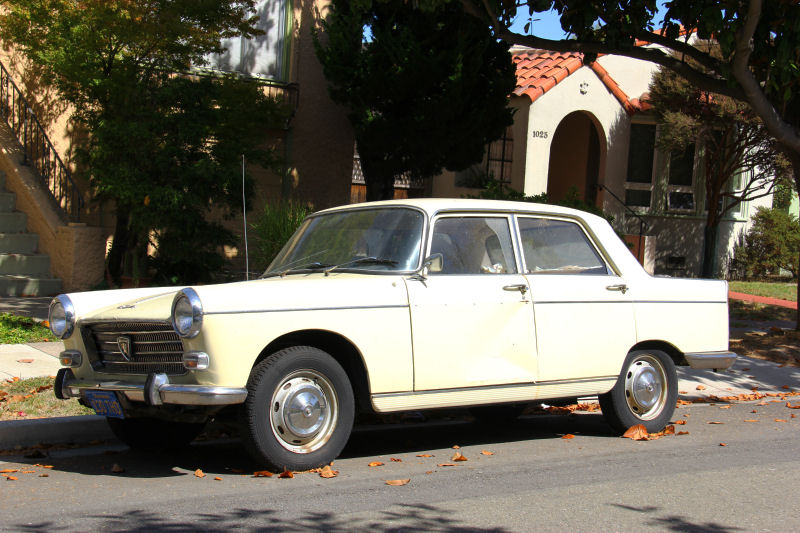 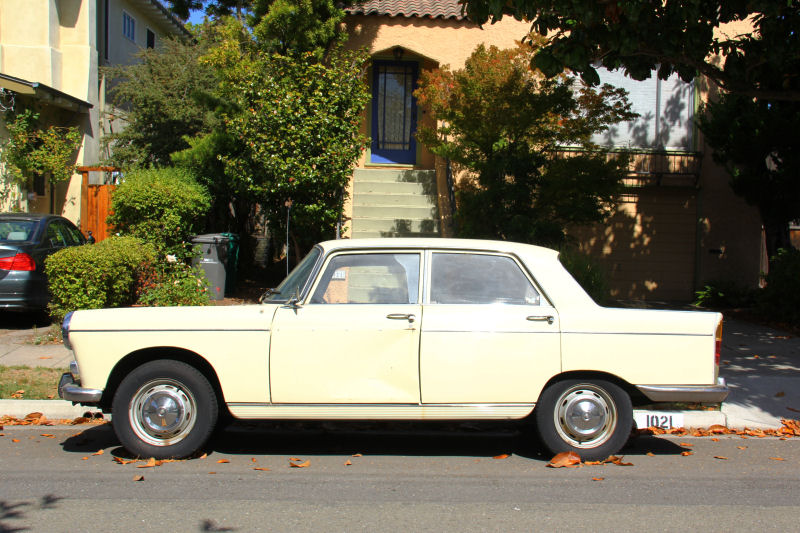 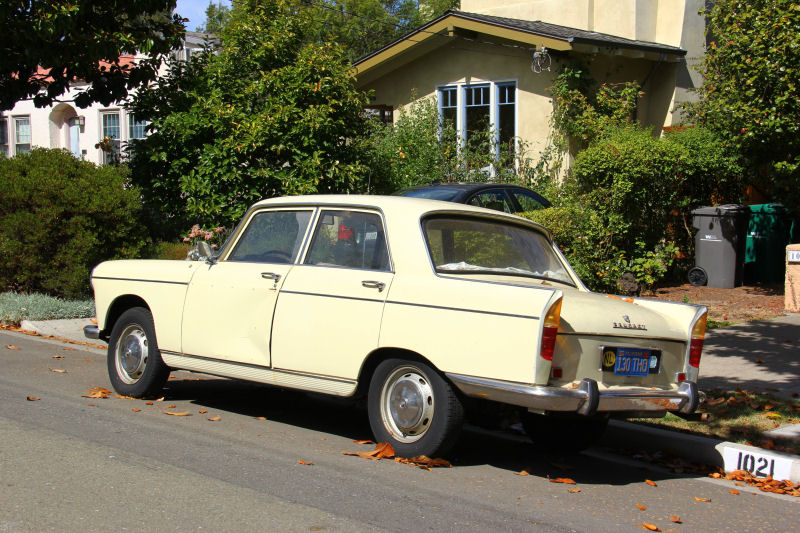 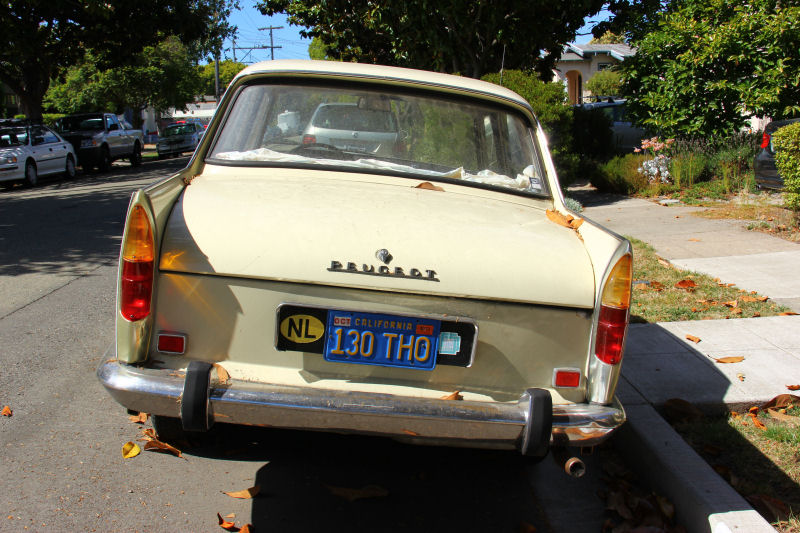 That said, I have a soft spot for these cars. They're kind of frumpy, sure, but they're old-looking in the way that British luxury cars of the era were old-looking. Some would call it "traditional". And Pininfarina penned that shape with its sharp tail "fins", so they didn't bring in just anybody to style it. These are one of a precious few French vehicles of any era that I'm willing to say that I like. Norev makes a pretty good 1:18 scale diecast of the 404, too. 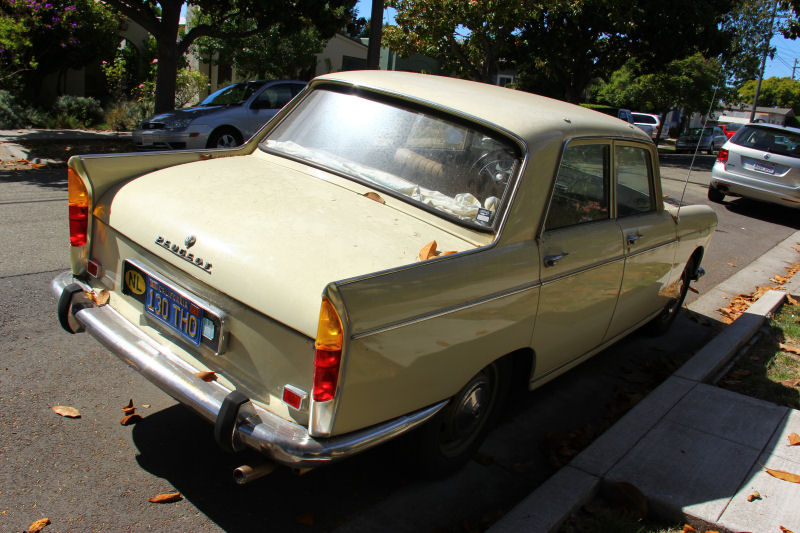 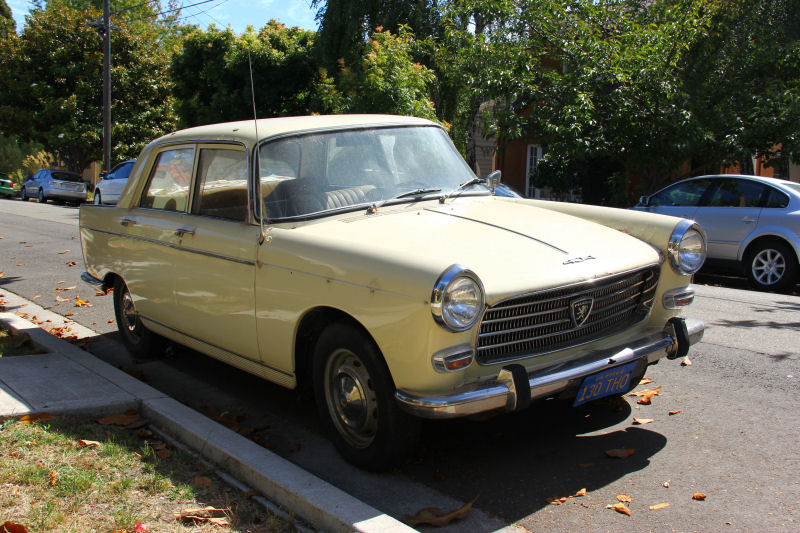 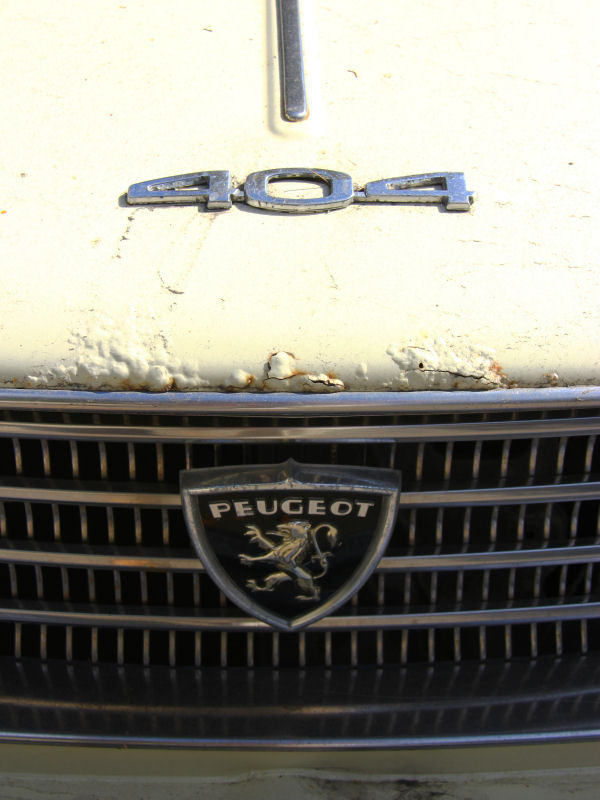 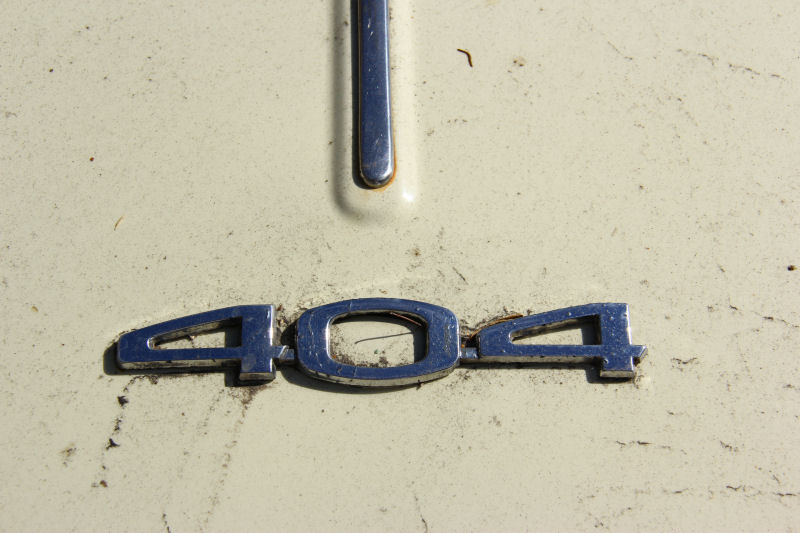 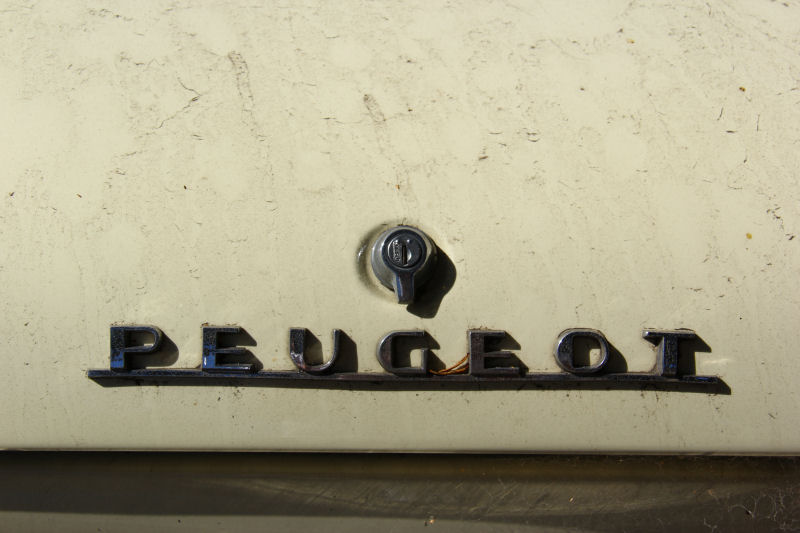 My best guess for the age of this car is 1967 based on the evidence I have. It lacks side markers, but has post-1966 amber and white front turn signals. The cars got a new dashboard with three round gauge dials for 1967, and 1968 models got a different steering wheel that doesn't have the protruding round center hub seen on this example. If there is one frustrating thing about these 404s, it's rust. This one has it going on worst in the hood, but there's a little bit in the right front fender as well. Not every car lives a charmed life just because it lives in dry sunny California. Albany is located very close to the San Francisco Bay. Apart from the rust damage, this car's also taken a hit to the driver door and lost parts of its rub strip/trim spear on both sides. Peugeots are hard to come by in the US, a fact made clear by Le Club 404's registry of known 404s. According to its list, there are 188 known 404 serial numbers in the United States. Of those, 87 are North American-spec 404 sedans. Any list of survivors from a worldwide production run of 2.8 million is going to be incomplete, but it illustrates that this is a rare car in this country by anyone's count.
Posted by Jay Wollenweber at 12:00 AM