This week, in honor of Paul Newman's birthday, I'm featuring all Hudson cars. Newman, among many other things, was famous for his work in Disney/Pixar's Cars movie as the voice of Doc Hudson, a 1951 Hudson Hornet coupe. 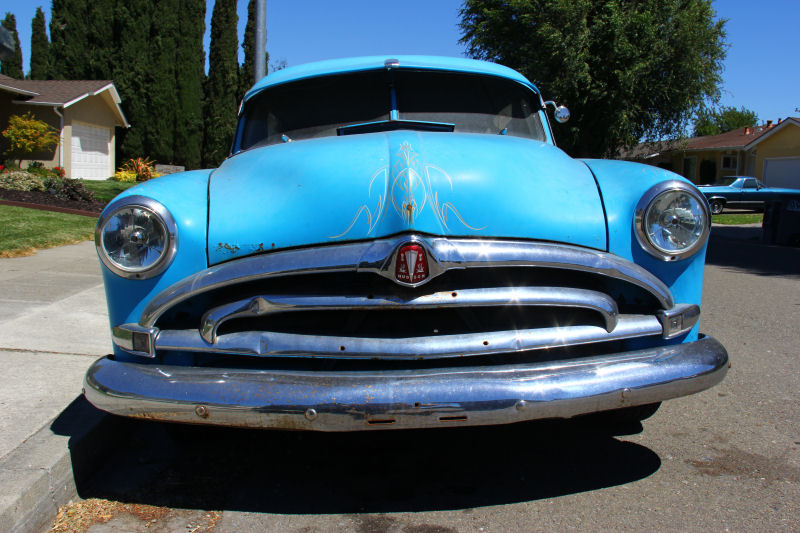 Hudson is best known for the Hornet, a car that managed to win four consecutive NASCAR championships with a 308 cubic inch six-cylinder in a field of V8s. The famous Hudson Twin-H Power option debuted in late 1951 and bolstered the Hornet's reputation both on the street and on the track. It was one of the fastest, best-handling cars of the early 1950s. 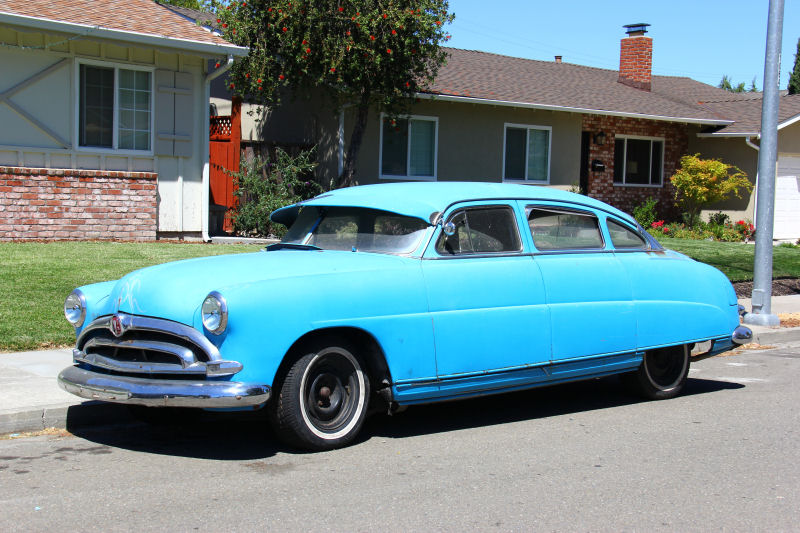 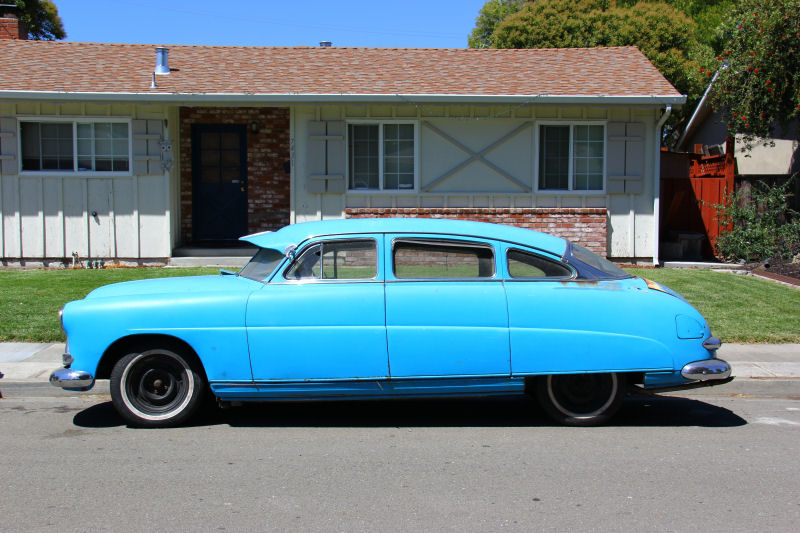 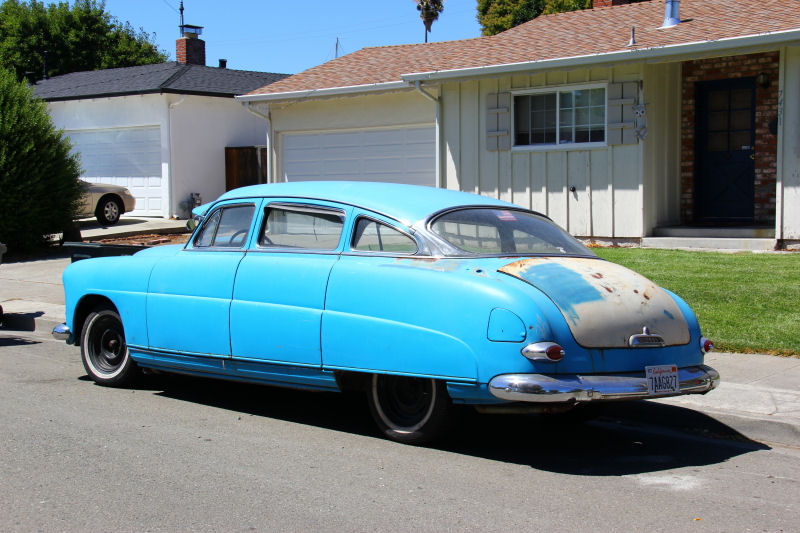 The Hudson Wasp was a lower-spec Hudson that was new for 1952. It evolved from the cheaper Pacemaker and used a smaller flathead six on a shorter wheelbase. Twin-H performance parts were available that made the smaller, lighter Wasp as quick as the Hornet. Without badges, it can be difficult to tell a Wasp from a Pacemarker at a glance, but I believe this one is a Wasp. The Pacemaker has small triangular grille bars behind the main grille while the Wasp has a heavier chromed triangle in the style of the Hornet. The triangle is missing on this car but the mounting holes are still there. The body trim between the Pacemaker and Wasp varies; some versions of either carry no side chrome except a tiny badge on the front fender. 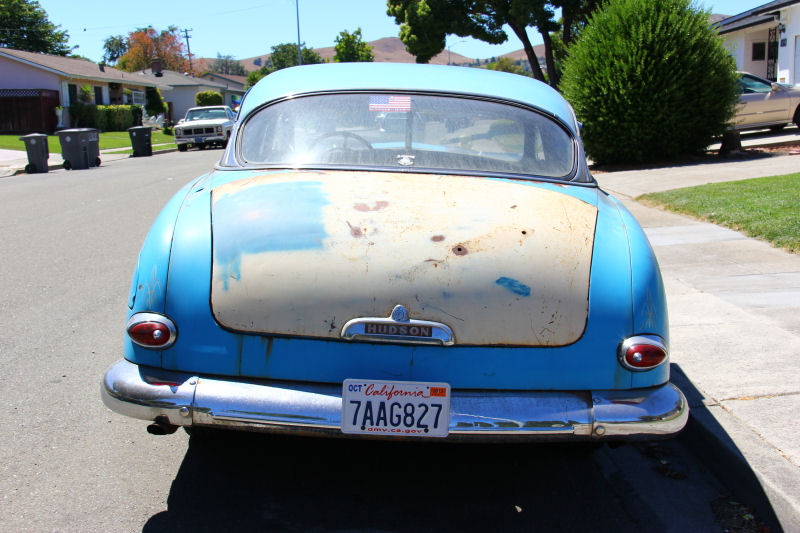 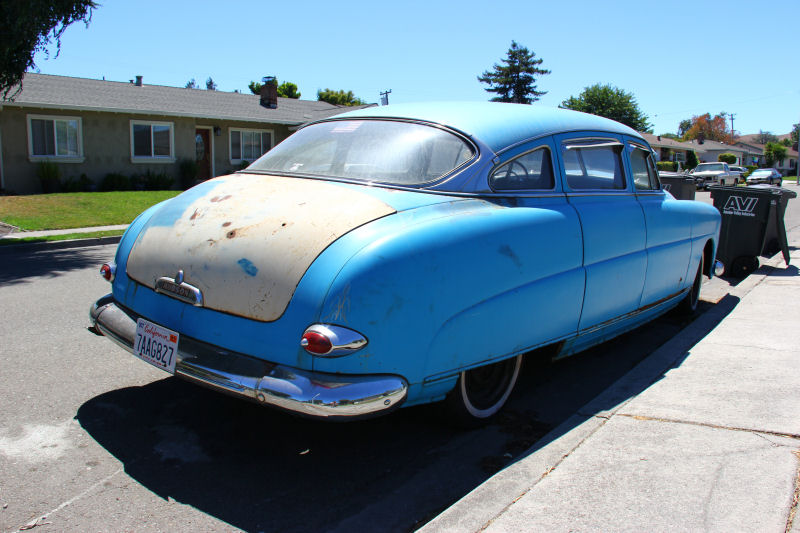 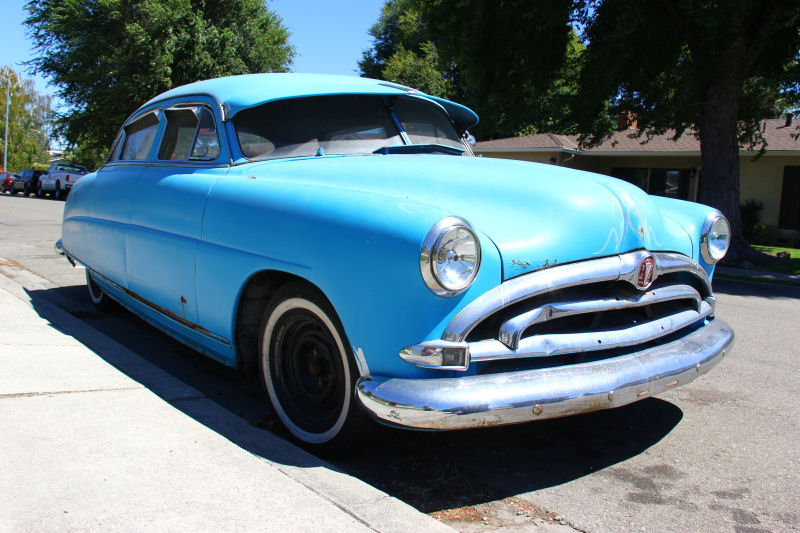 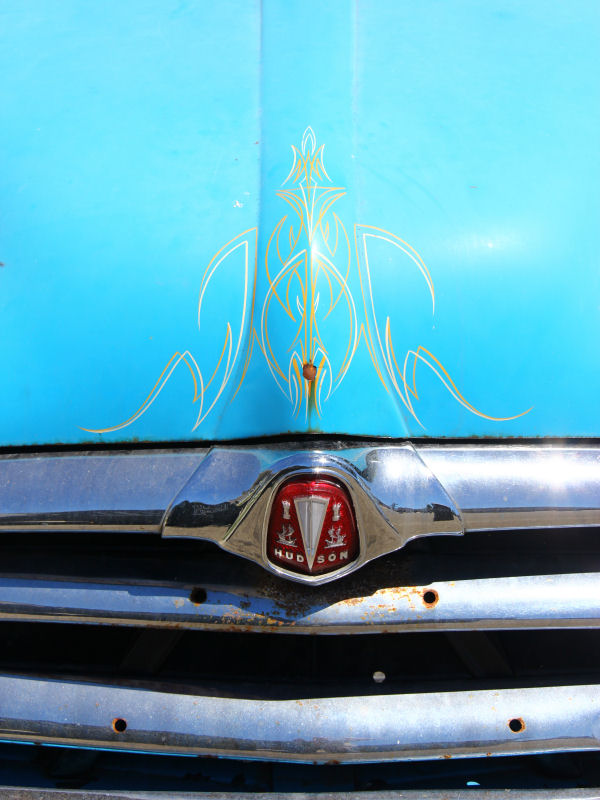 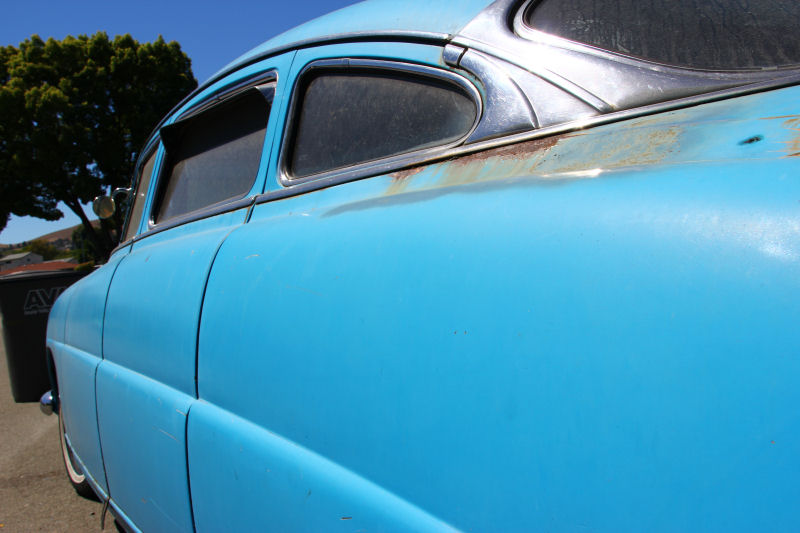 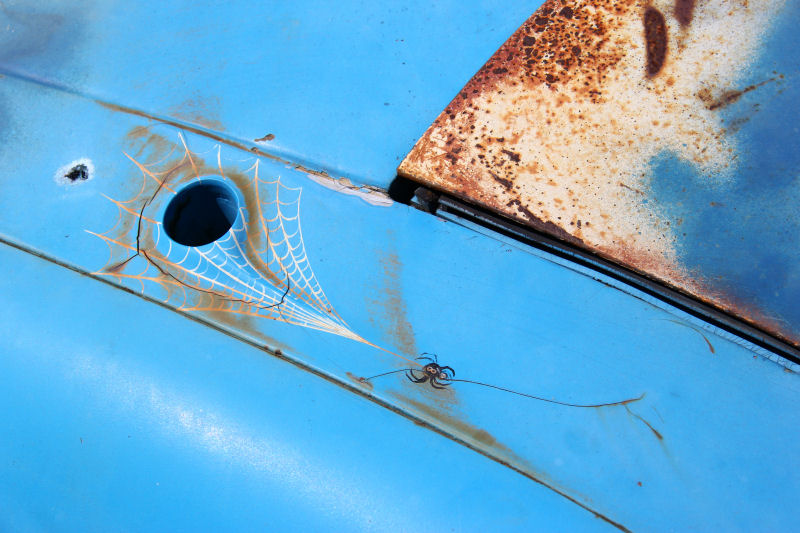 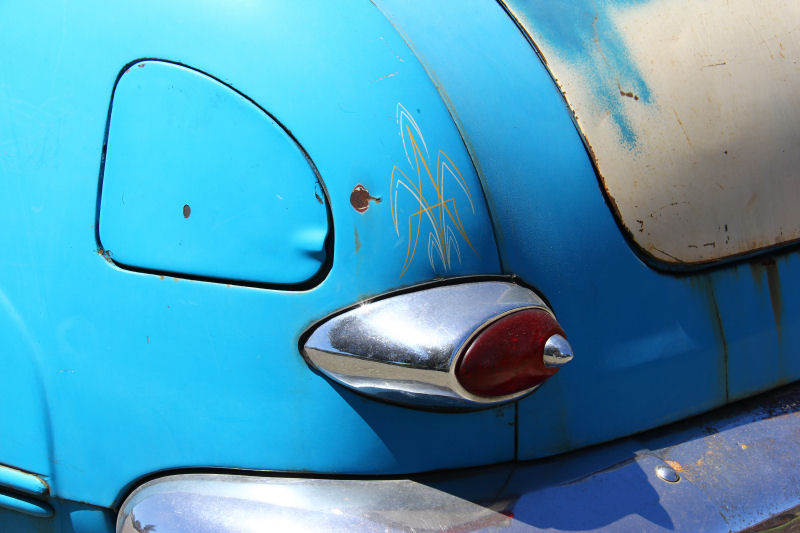 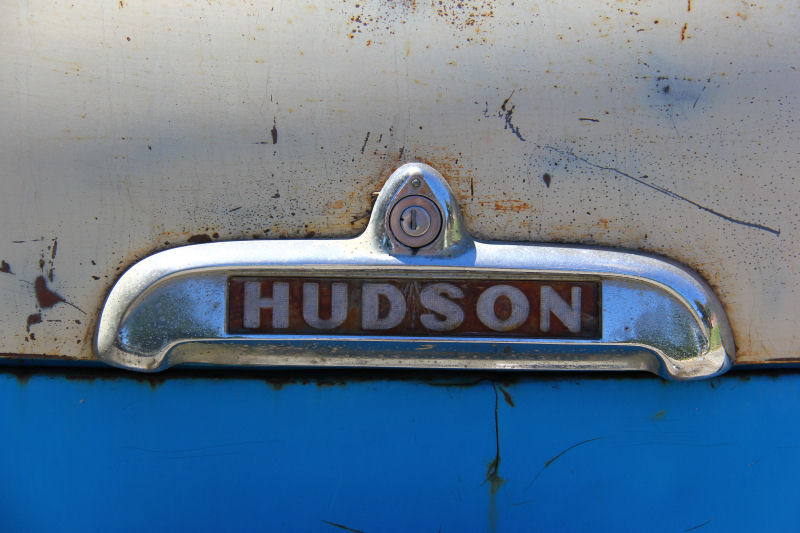 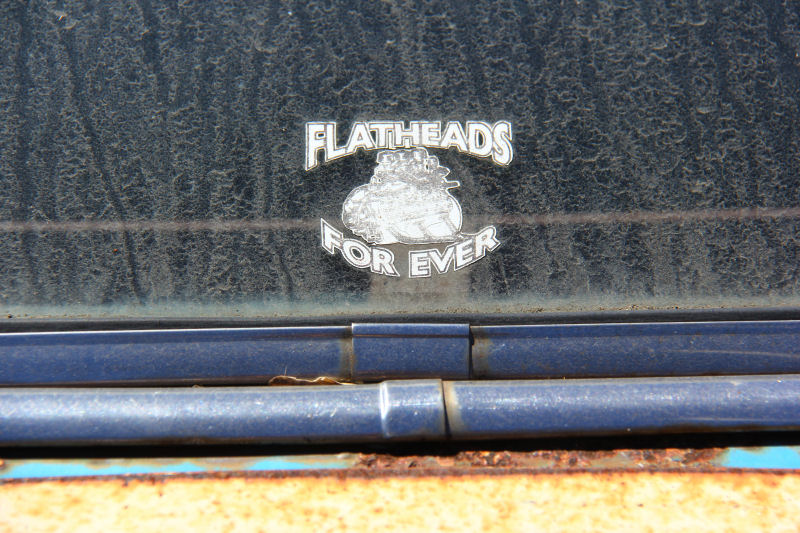 This one is an older customized cruiser that needs a little work to be presentable again. The light blue paintwork is old and rusting through; the trim is beat-up and also rusting. I've seen cars where the owners applied pinstriping over rust, but that doesn't seem to be the case here. The pinstripes and graphics were probably painted on decades ago. This might have been a sweet ride back in the 1970s or '80s. It has the potential to be a cool cruiser again.
Posted by Jay Wollenweber at 12:00 AM