It's winter now and much of the United States is gripped by frigid temperatures and snow. So this week, let's look at some convertibles! 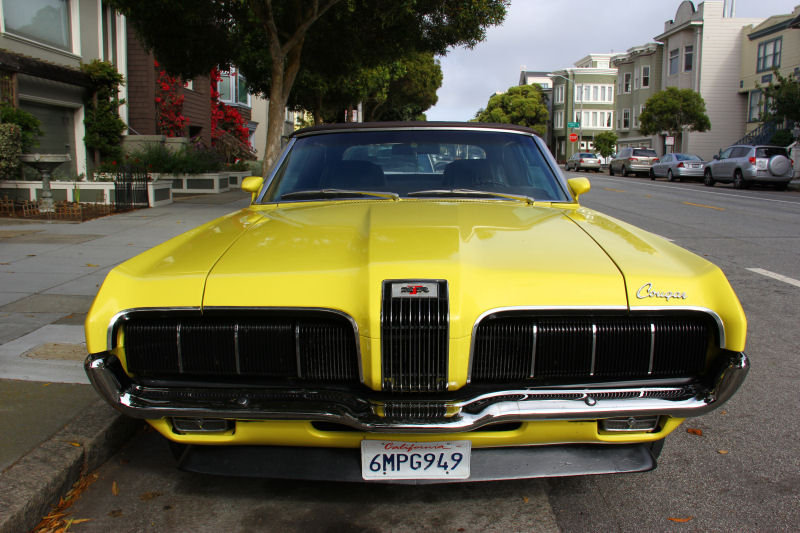 Up first this week is a sunny yellow 1970 Mercury Cougar XR-7 droptop. I've long loved the '70 Cougars with their neat styling, athletic looks and performance to match. The 1969 front end left a bit to be desired in my opinion, and the '70 facelift gives the car a more aggressive, symmetrical look. The electric shaver grille with hideaway headlamps of the early Cougars is my favorite design element. Mind you, there is still a balance of performance and comfort shown here. The formal-looking "Lincoln-Mercury Division" badge on the taillight panel is there to remind you that this isn't your teenage son's Mustang. 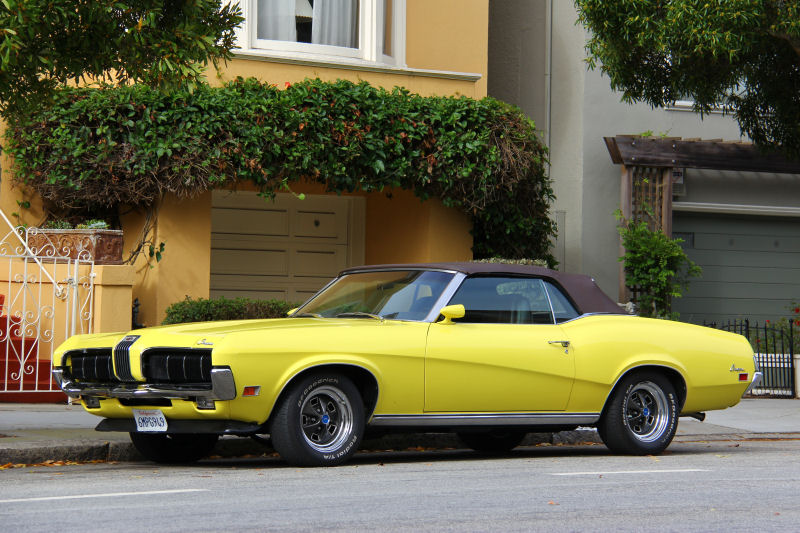 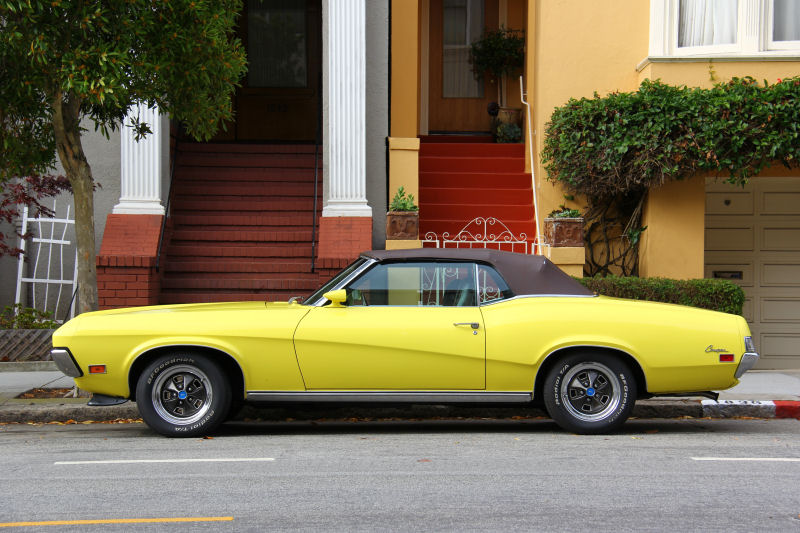 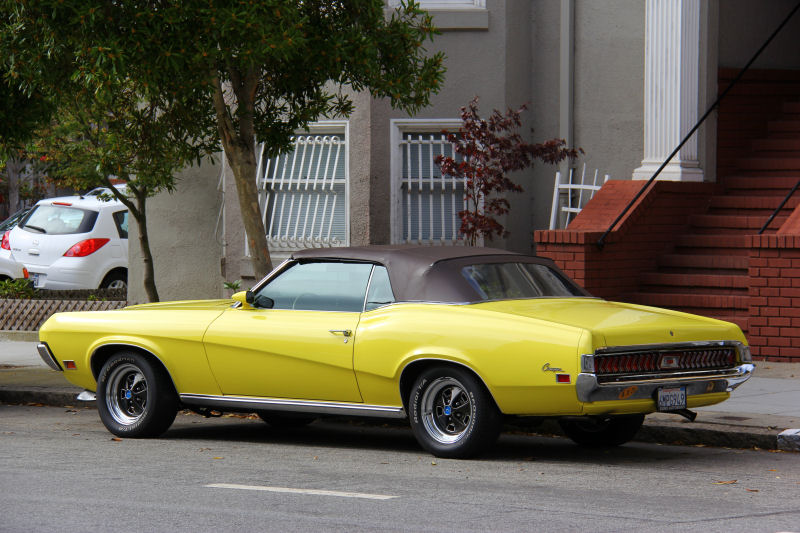 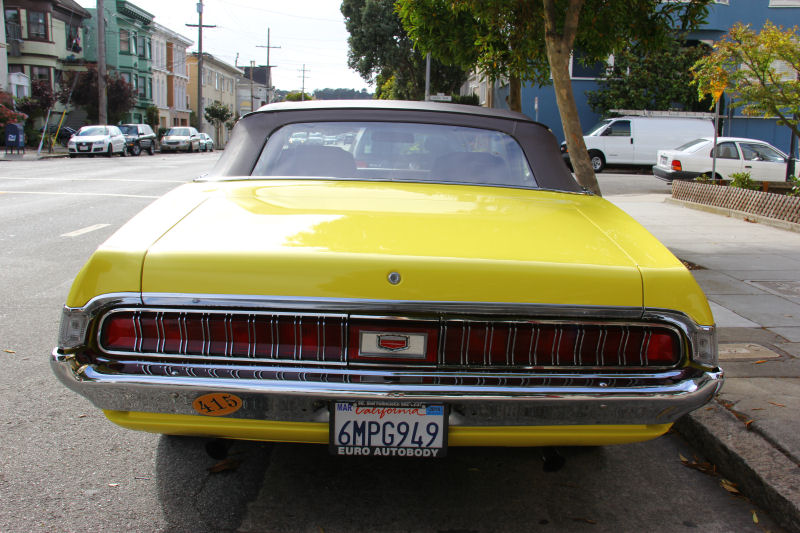 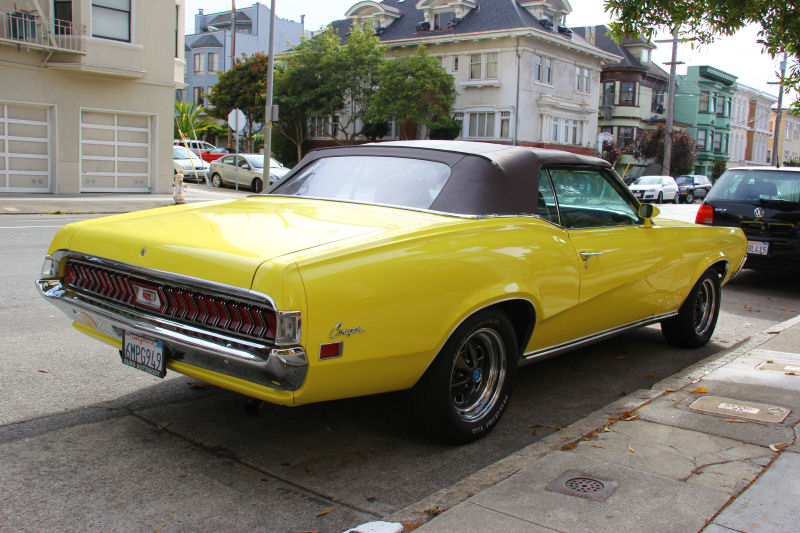 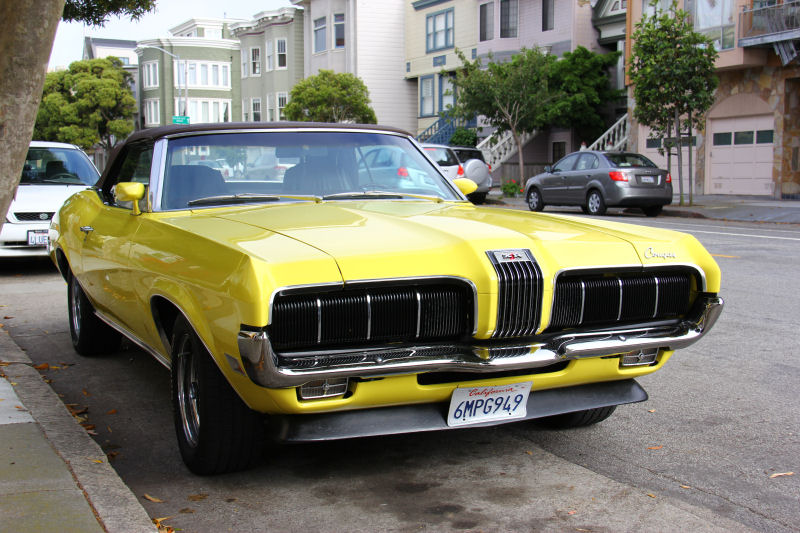 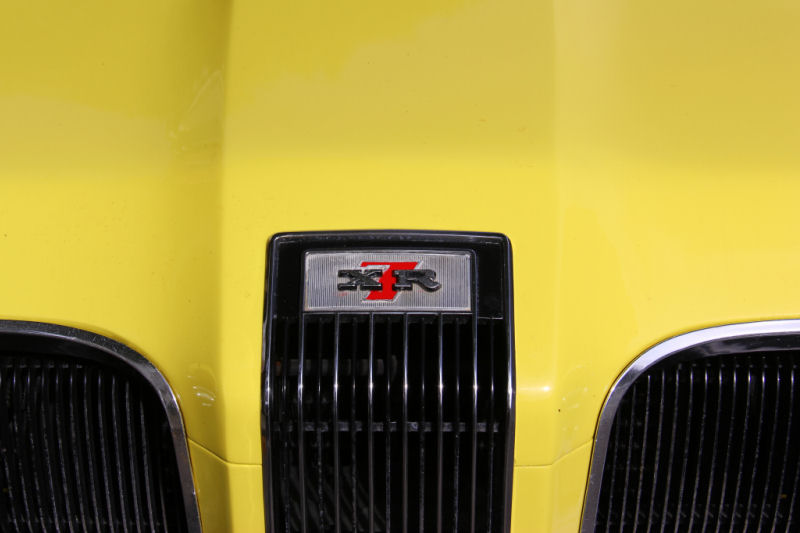 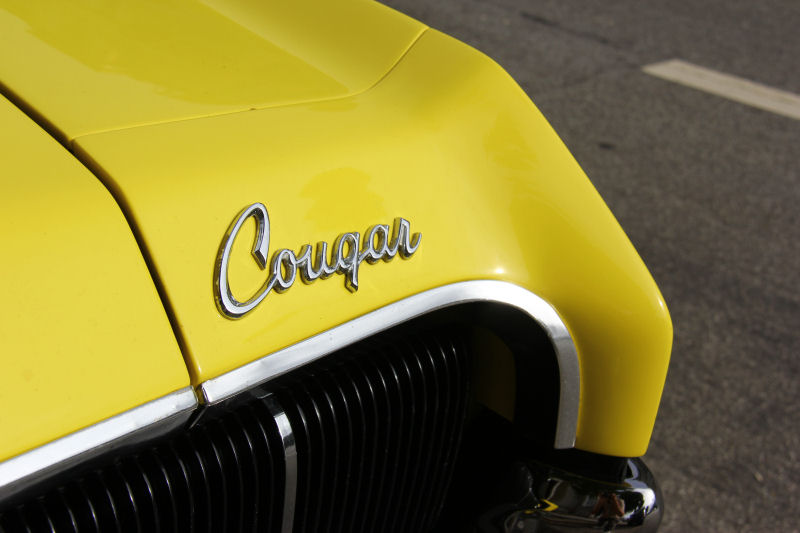 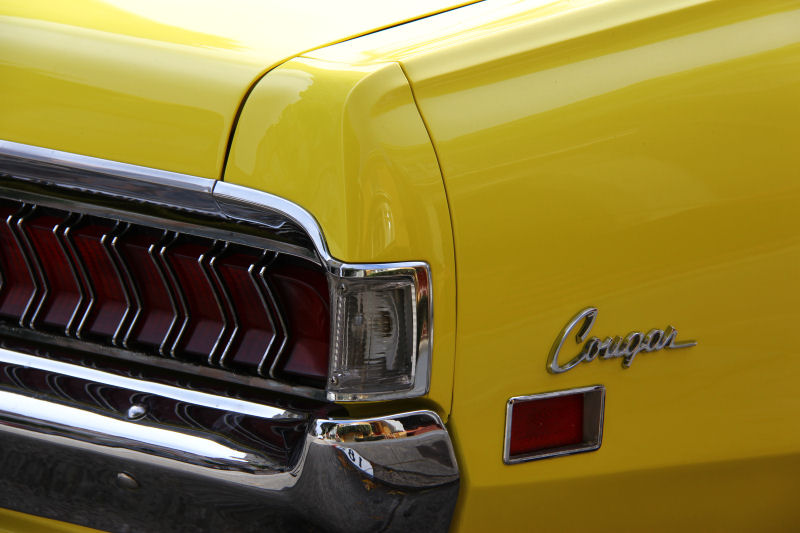 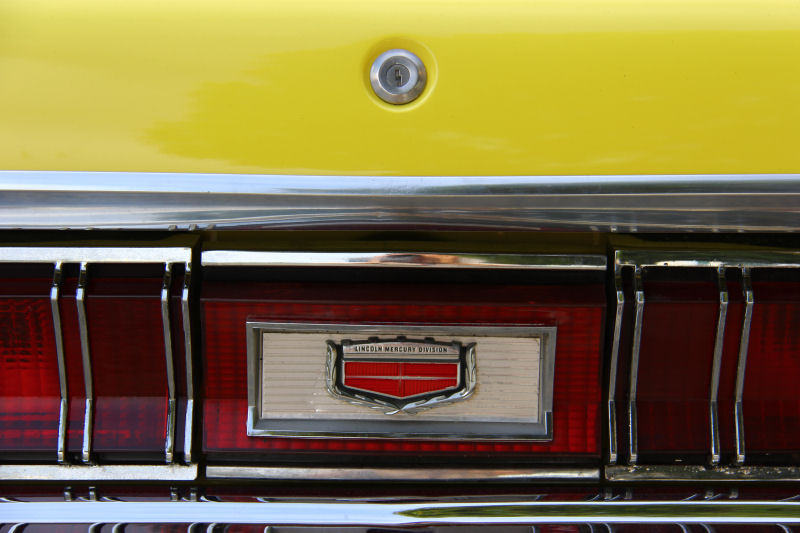 This is a fine example of the Cougar. The lemon yellow color sets off the body and makes it look cheerful without being completely juvenile. These cars came from the factory with 14" wheels, but a near-exact 15" reproduction of the styled steel wheel is available and doesn't use an outer trim ring like the original. I suspect that's what these are, in order to run more aggressive wide radial tires. The body is in really nice condition and probably restored. I really like this one.
Posted by Jay Wollenweber at 12:00 AM