It's 1968. You're in the market for a new car. GM's just completely revamped its midsize A-platform offerings. So you have a choice to make: Chevelle, Tempest/LeMans, Cutlass or Skylark? You're young but moderately successful, so you want a vehicle that's not what your father drives but not what your neighbor's teenage son drives. You like a bit of luxury, some chrome here and there, but also a little power. You want a grown-up car to tell the world that you've grown up. So you get the Buick Skylark Custom convertible. 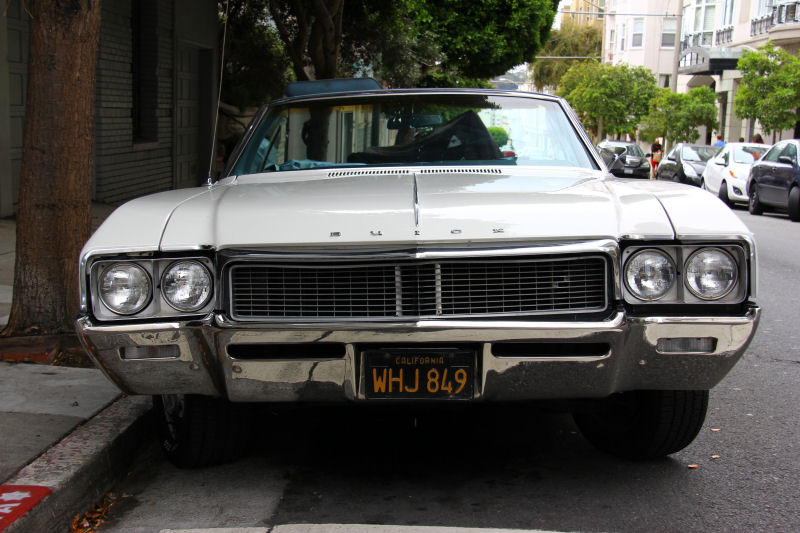 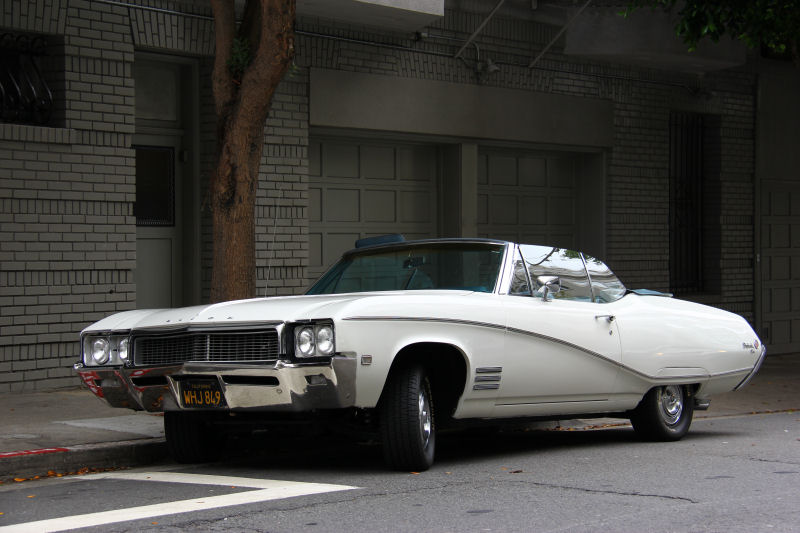 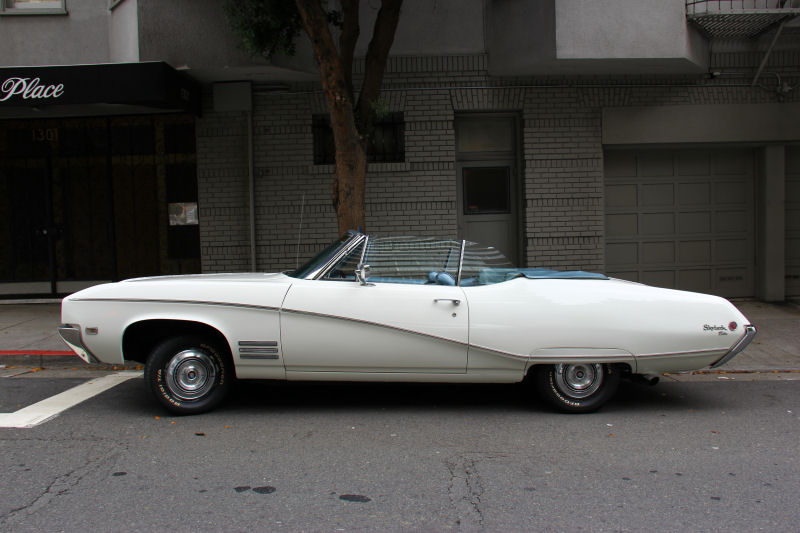 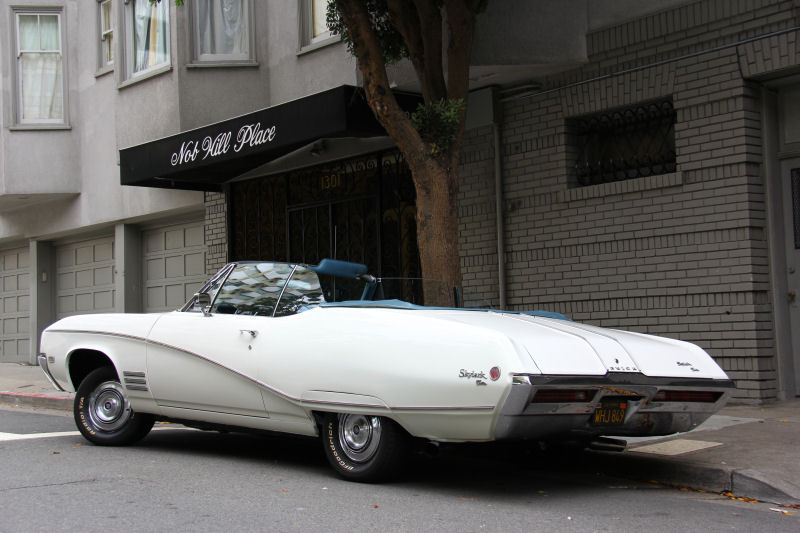 The Skylark was one of the more expensive of the GM intermediates, and the Skylark Custom was a mid-range Buick intermediate. It was the top Skylark, surpassed only by the GS 350 and GS 400. It came with a 350 V8 standard and was clothed in a formally styled body dominated by a deep swoosh motif. It even has fender skirts. In my opinion it all comes together to create a heavy-looking car with awkward proportions. The full-length swoosh design theme works better on the fullsize Buicks. One of the problems these cars suffer is due to the pointy nose; people bump into stuff with them and it usually tweaks either the bumper upward or the grille header downward. This is a particularly common issue on Oldsmobile Cutlasses of the same era as well. 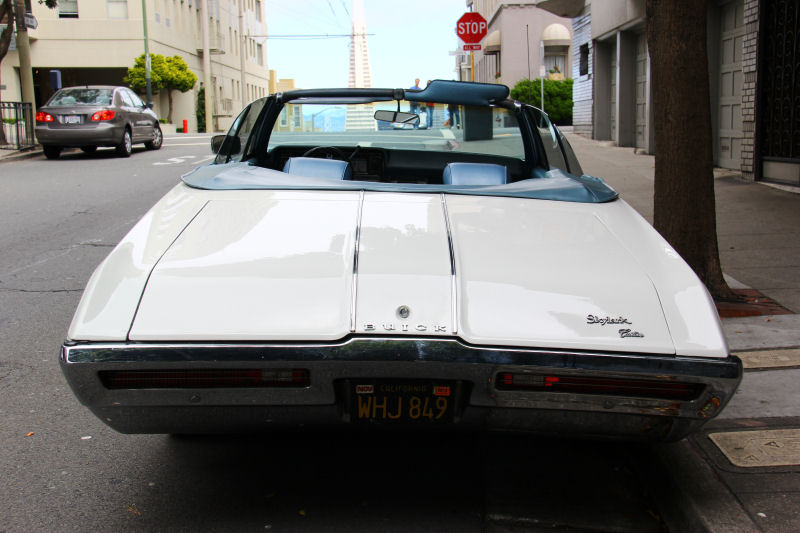 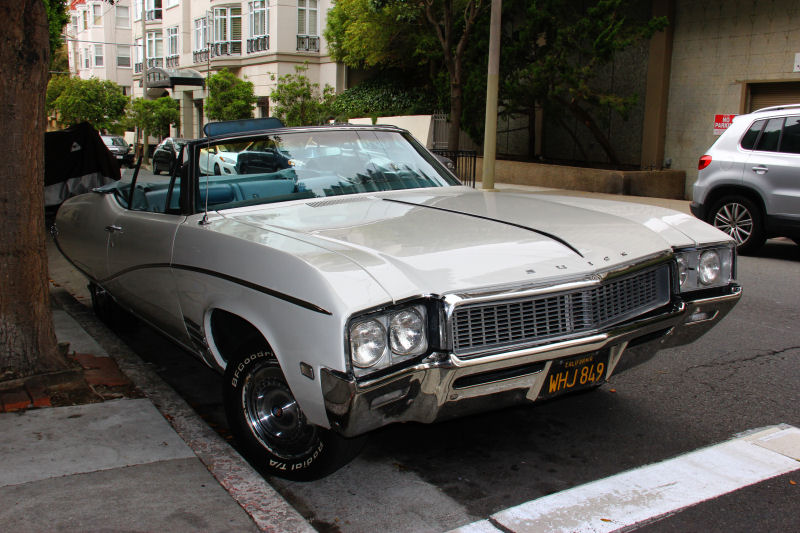 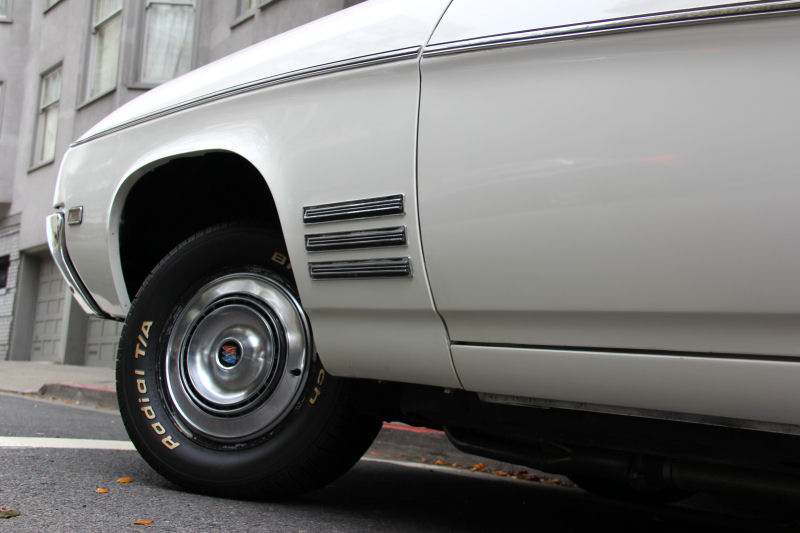 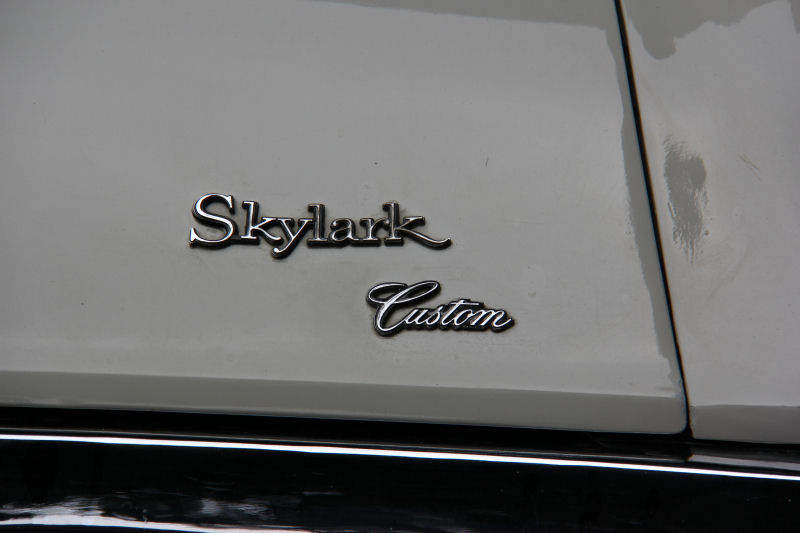 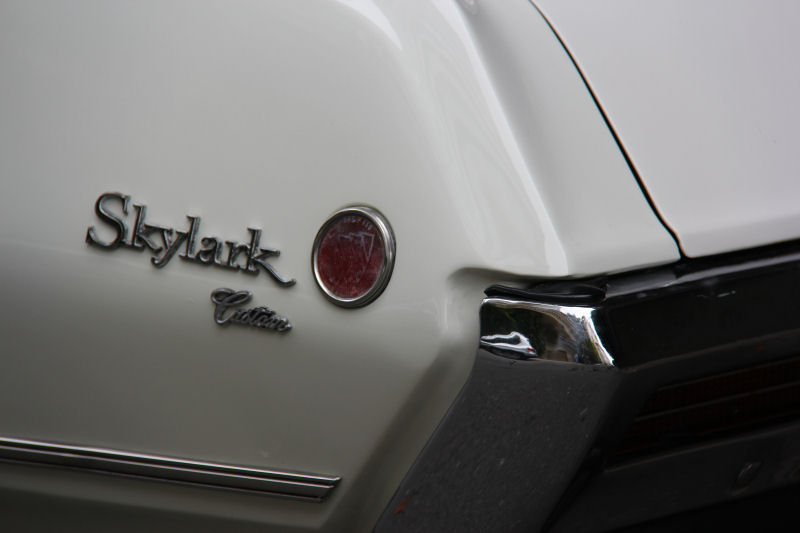 This car has a bit of twist to the front bumper but is otherwise in great shape. I rather like the blue interior but can't help thinking that mag wheels might look better than the full wheel covers it has now. If you're going to go with BF Goodrich Radial T/As, you might as well spring for Buick rally wheels. This one's had some exhaust work done, so it tells me the owner's not afraid to modify his or her car a little. Then again, maybe the hubcaps aren't so bad. As much as I love the look of Buick rallies, stock hubcaps like these don't show up often anymore on Skylarks. And convertibles in any condition are hard to find. Skylark Custom convertibles accounted for 8,188 sales in 1968, with another 2,454 convertibles in the GS series.
Posted by Jay Wollenweber at 12:00 AM