All-wheel-drive. Six cylinders. Boxy wagon styling. Turbocharged.
By that description alone it sounds like some kind of mythical Volvo. But it's actually a GMC Typhoon, and twenty years ago an SUV based on the Chevy S-10 pickup was one of the fastest performance vehicles on the market. 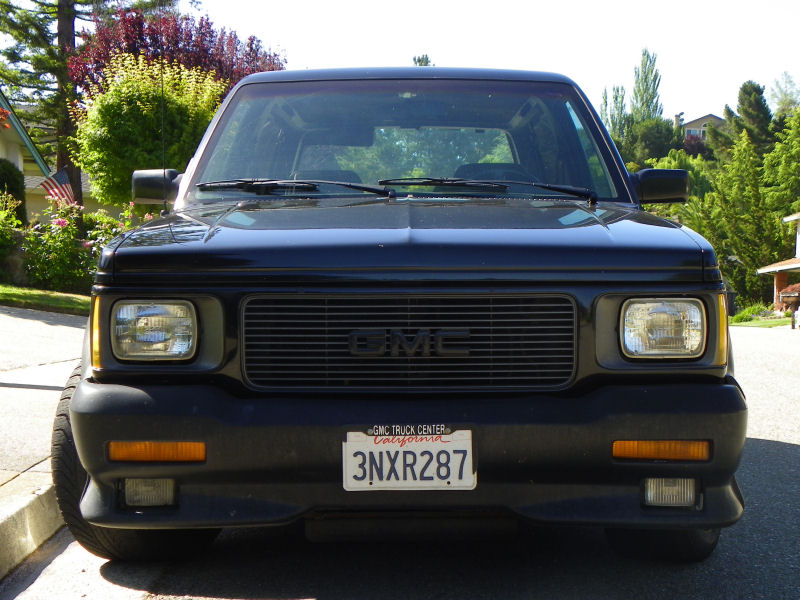 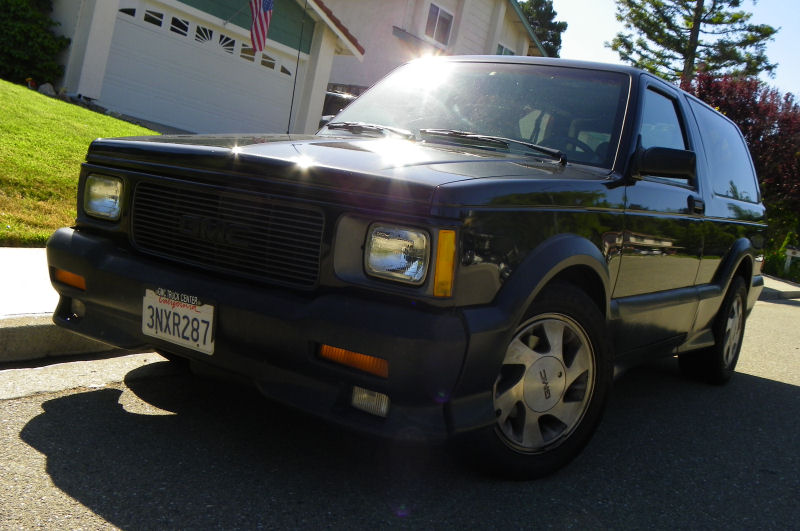 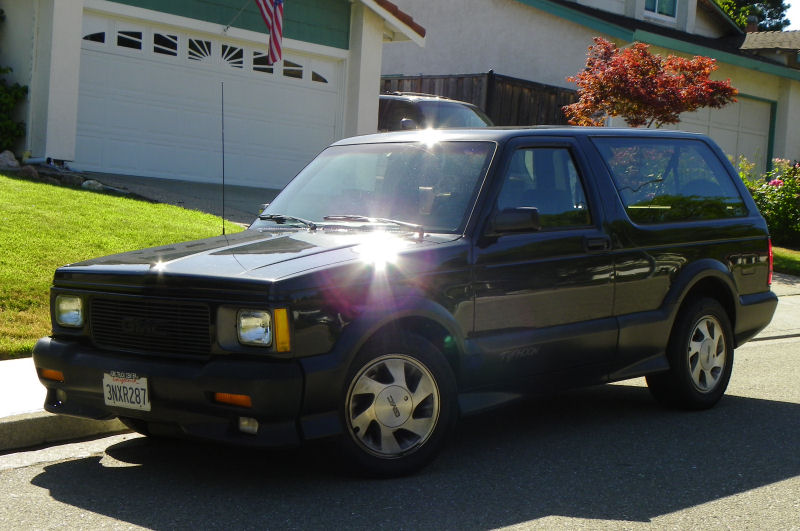 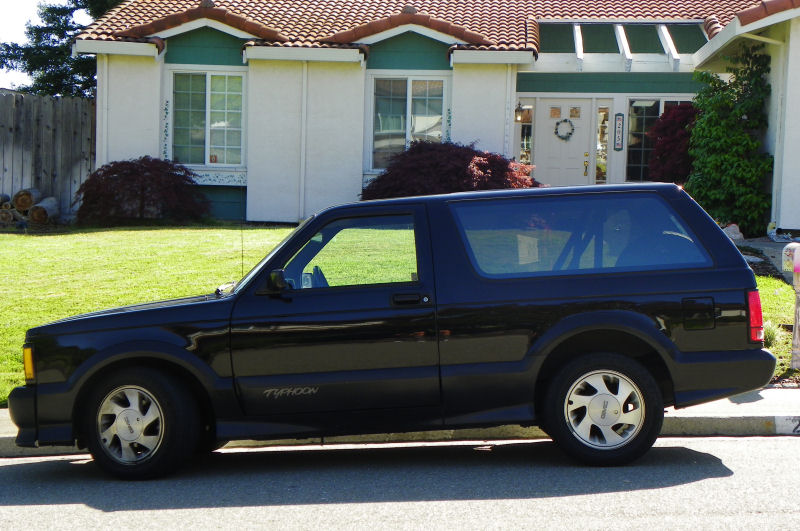 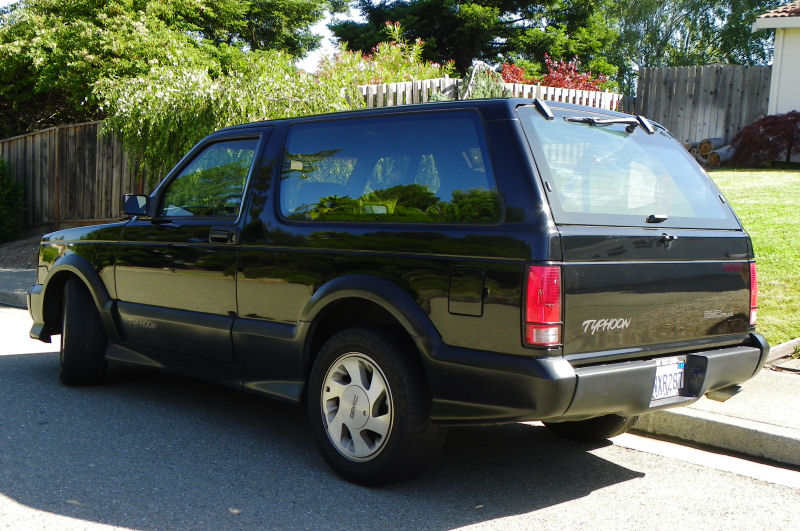 I've previously featured a Typhoon here, nearly four years ago. I'm not usually one to duplicate cars without reason, but when something cool shows up on my own block I'm not going to ignore it, either. This "SyTy" wears the signature black paint commonly associated with the similarly-equipped Syclone pickup. I read on SyTy.net that the first 150 '92 Typhoons were black with matte or unpainted black lower-body cladding. The paint combination was a regular option and the most popular color (1,135 were black-on-black), with other options available such as a roof rack and CD player. I can't say whether this one had the CD player, but it did not have the roof rack, making it one of 246 so equipped (or 1 of 254 if it had the factory CD player). 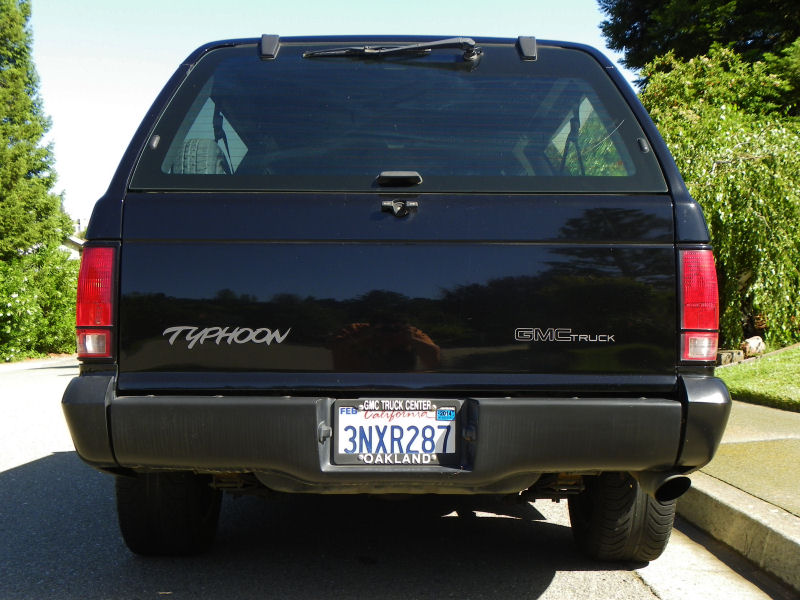 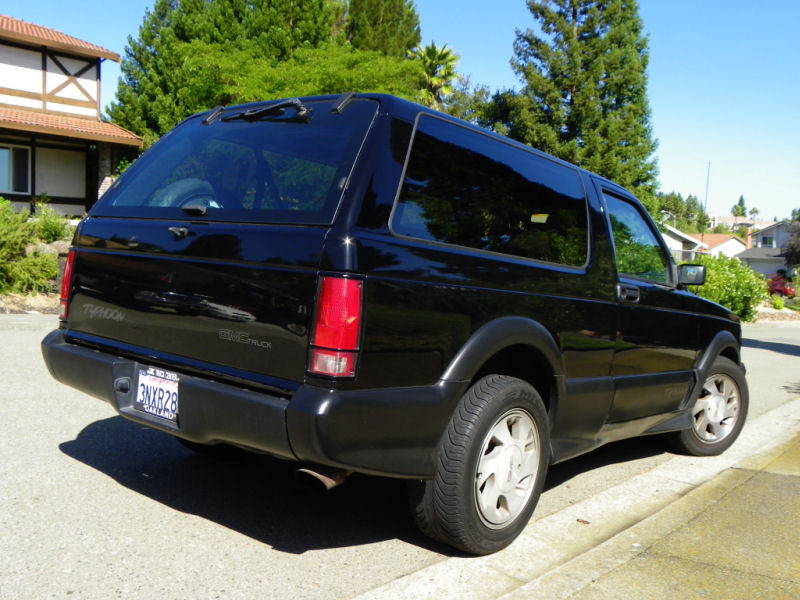 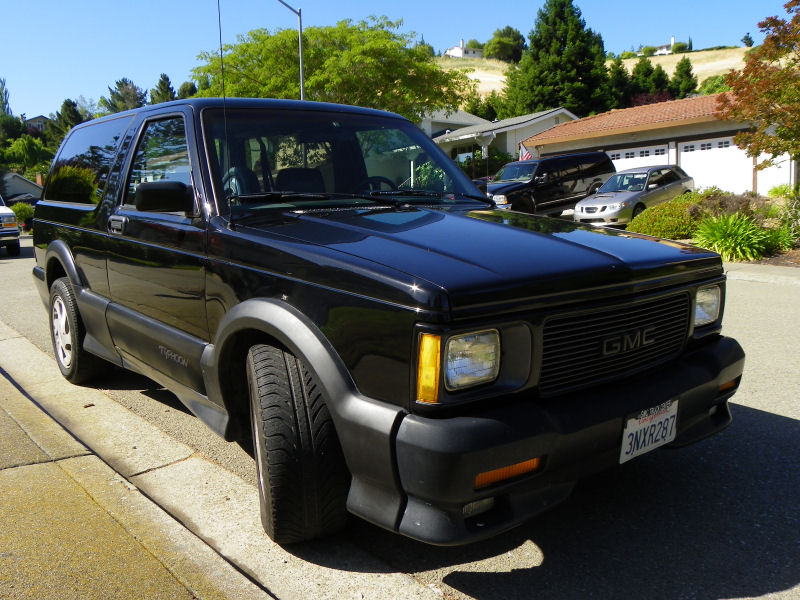 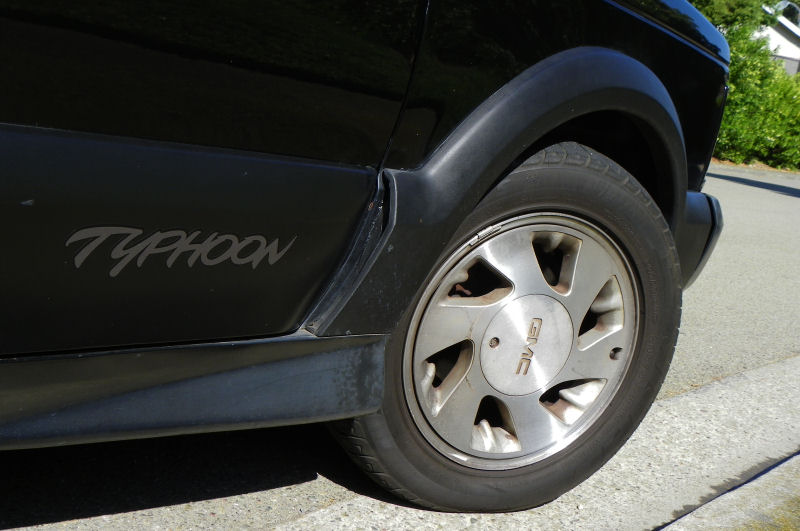 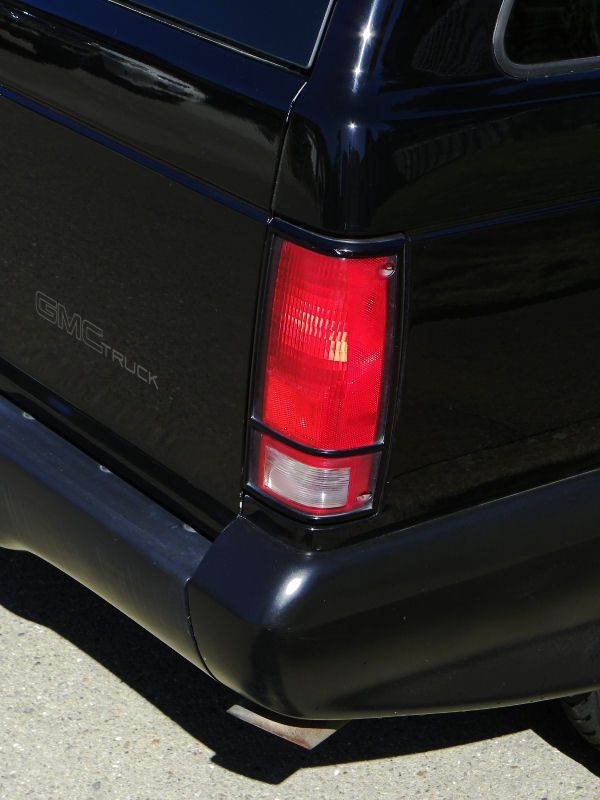 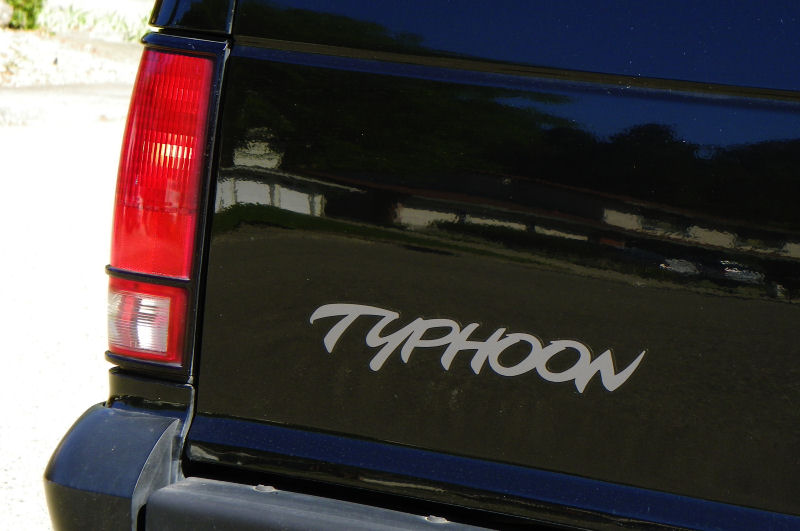 This Typhoon appears mostly stock apart from a blacked-out grille badge. The ride height looks normal and it even has the space-saver spare tire in the cargo bay. Most Typhoons I see are in good condition and this one is no exception. Actually, the exception is that it isn't at the fairgrounds during a Goodguys car show event, typically seen with a black and orange For Sale sign slapped on the windshield. I hope this Ty is regularly, properly enjoyed.
Posted by Jay Wollenweber at 12:00 AM